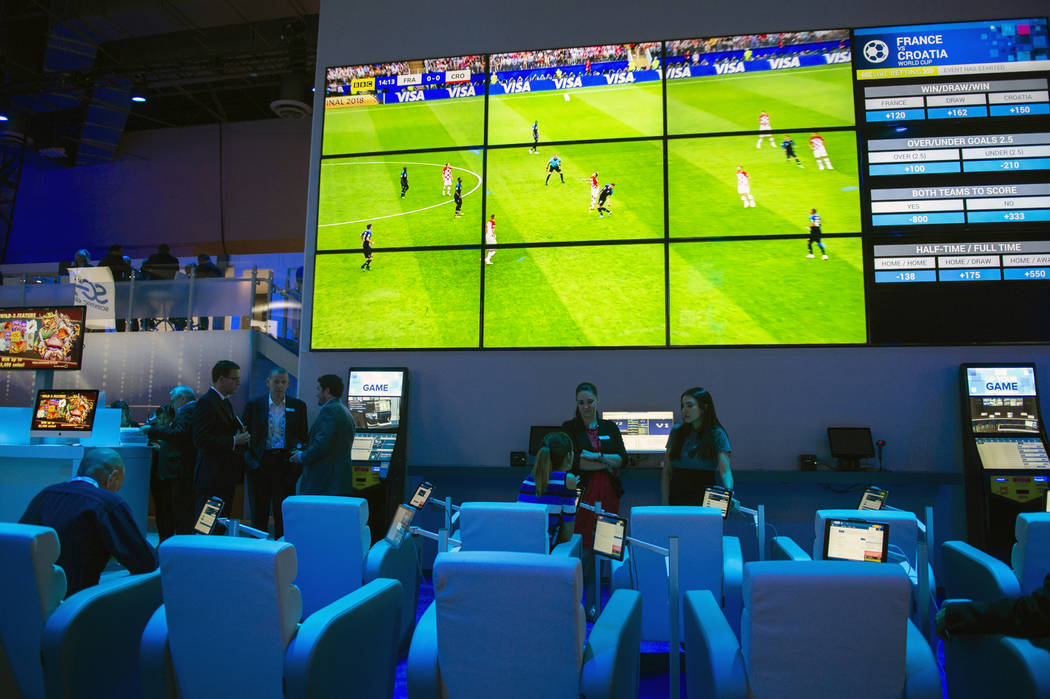 Could representatives of professional sports leagues someday be investigated and called forward by Nevada gaming regulators to be scrutinized for suitability as gaming licensees?

That scenario was proffered by former state Gaming Control Board Chairman A.G. Burnett during a panel discussion on the business of sports betting at last week’s Global Gaming Expo.

The expansion of sports wagering was the hottest topic of the show, the largest gathering of gaming industry professionals in the world, attended by about 26,000 people.

With five states now offering sports betting and several more expected to be approved in the next two years, the American Gaming Association offered eight panels over the show’s four days in its first-ever Sports Betting Symposium, the educational segment of G2E providing information and opinions from all angles of the topic.

The comments from Burnett, who resigned as Control Board chairman late last year to become a partner with McDonald Carano’s Gaming and Administrative Law Group, came in a symposium on how sports betting works in a regulated market.

Burnett was asked how he felt about comments made Wednesday by Kenny Gersh, an executive vice president for Major League Baseball, who discussed “integrity fees” and royalty payments that sports books would pay to professional sports leagues for their statistical information.

“From a fairness perspective we think, if you are going to designate someone to be able to make money off of what at the end of the day is our sport and our events … we think we should be involved in that,” Gersh said during a panel moderated by ESPN anchor Scott Van Pelt. Gersh suggested a 0.25 percent slice of wagers.

But Burnett said that once Major League Baseball or any other sports league starts cutting deals involving percentages of handle, it could become subject to licensing.

“Anything based on handle, any tax on handle, any fee that comes directly from handle can be quite damaging to the sports-betting model when it is based on a rate or percentage from the vigorish,” Burnett said.

He added that he was offended by leagues’ initial characterization of payments as “integrity fees.”

“It’s a money-grab disguised as something based on integrity when the gaming industry and all that we have done in Nevada regarding sports betting and regulated sports betting in this particular jurisdiction for the last 34 years has gone toward everything integrity-based,” he said. “It’s sort of offensive for me to hear that.”

Burnett and fellow panelists Steve DiMasi, vice president of global government affairs for Scientific Games, and Chris Grove, managing director of sports and emerging verticals for industry analysts Eilers &Krejcik, added that a slice into legal sports books’ profits could result in bettors turning to illegal bookies to find a better price on their bets as the legal bookmakers adjust odds to account for having to pay the leagues.