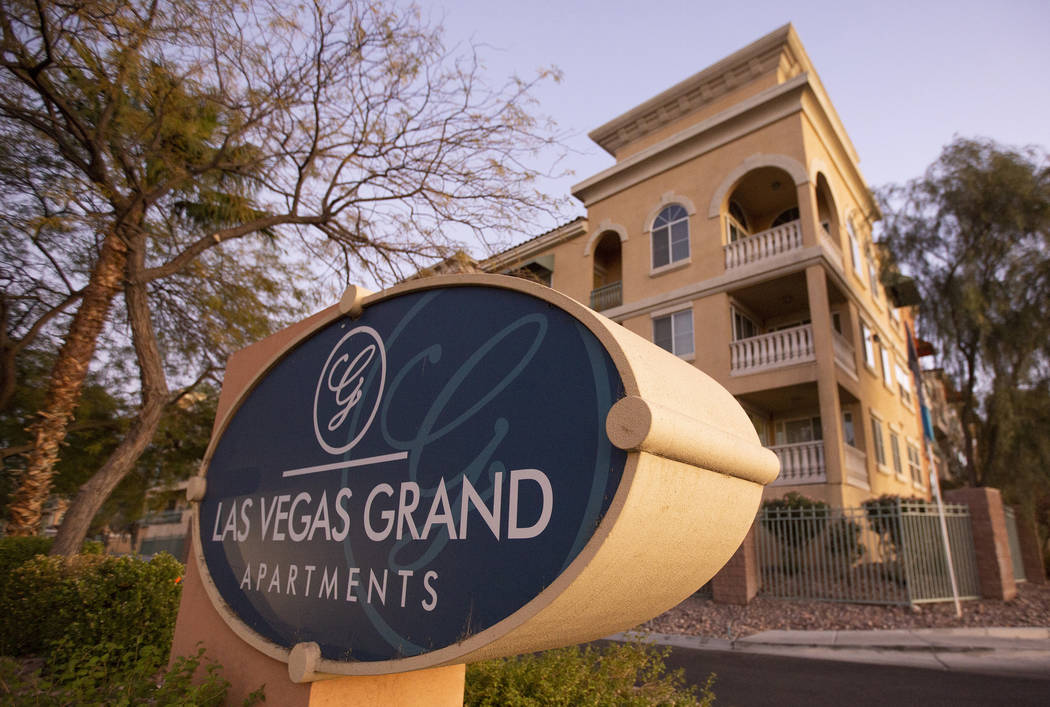 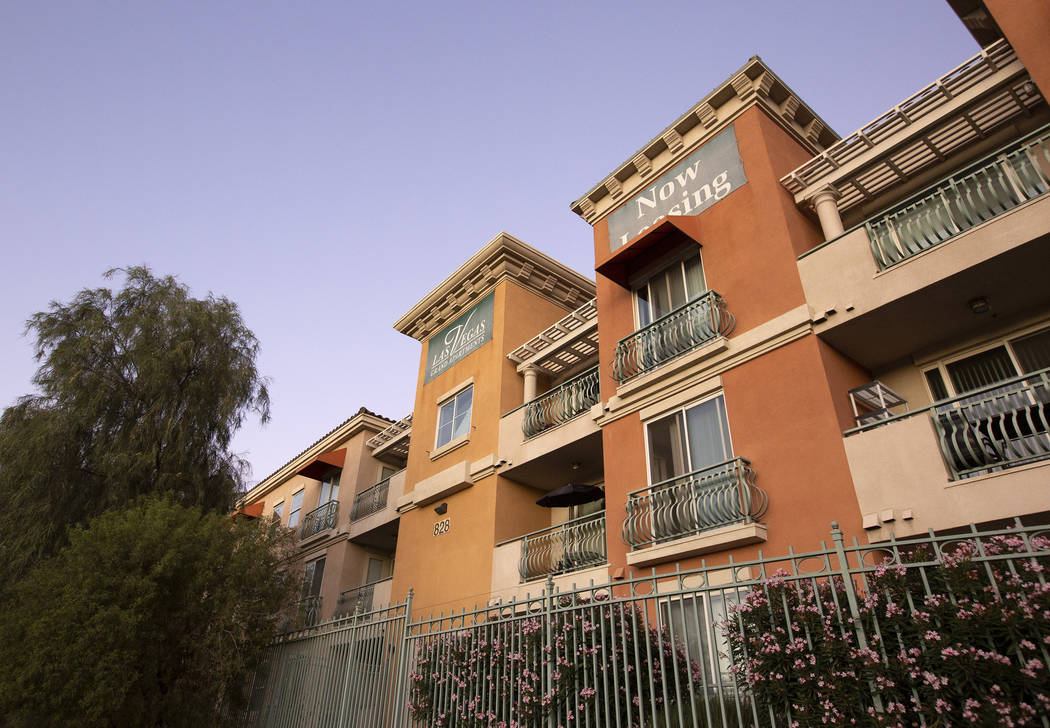 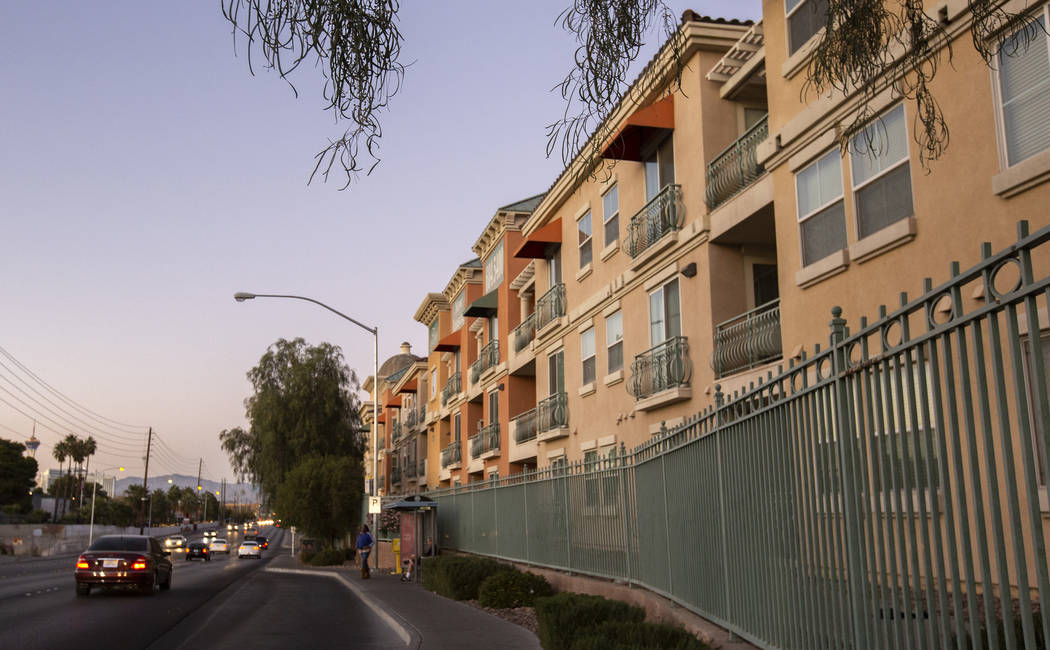 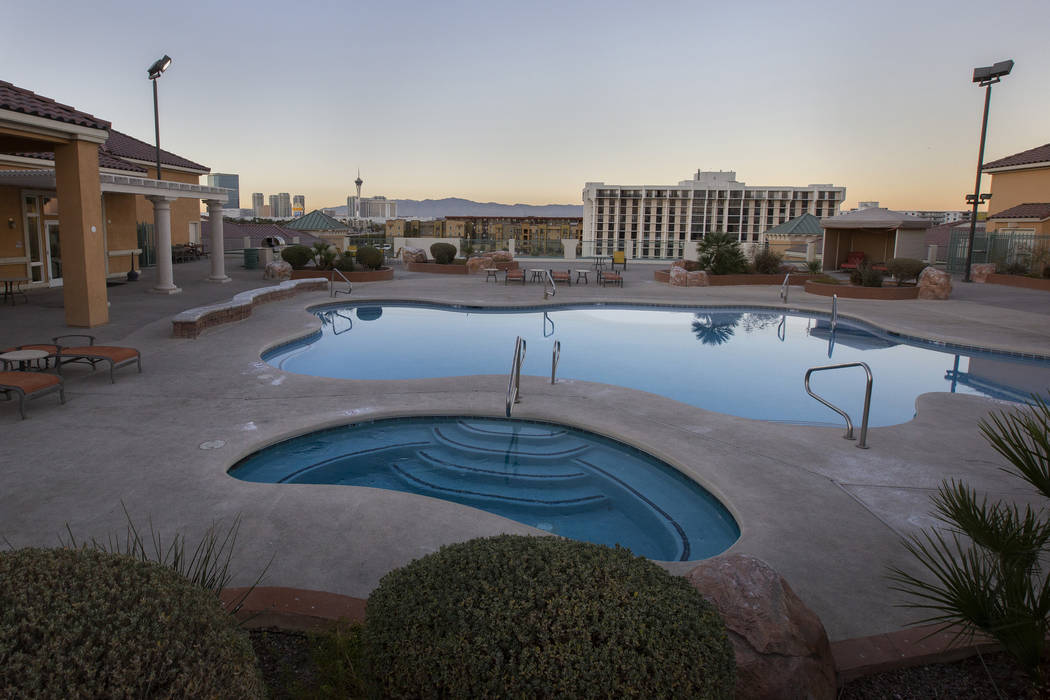 The rooftop pool looks out over the city at the Las Vegas Grand apartments on Monday, Nov. 18, 2019, in Las Vegas. (Ellen Schmidt/Las Vegas Review-Journal) @ellenkschmidt_ 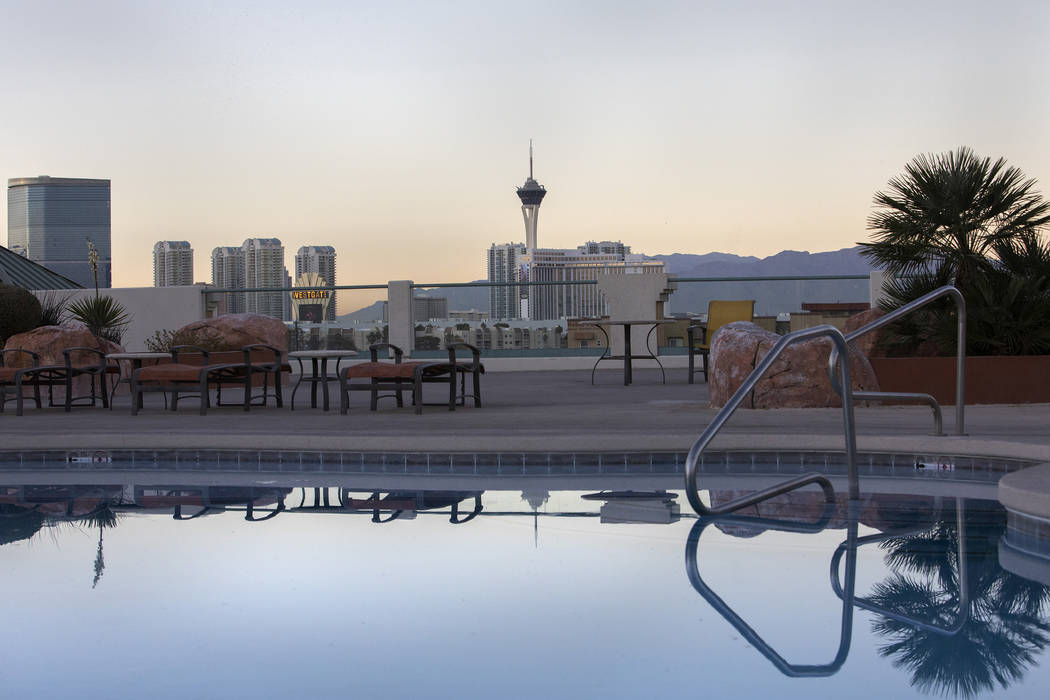 The rooftop pool looks out over the city at the Las Vegas Grand apartments on Monday, Nov. 18, 2019, in Las Vegas. (Ellen Schmidt/Las Vegas Review-Journal) @ellenkschmidt_

Months after buying a chunk of land just east of the Strip, a Southern California investor has picked up a high-end apartment complex nearby.

The sale closed Nov. 14 for a premium, marking a new chapter for a property that was supposed to be bigger than it is, faced litigation and went into foreclosure years ago.

Designed as a condo complex, Las Vegas Grand, 818 E. Flamingo Road, features a pool with cabanas, a tennis court and a basketball court all on top of its parking garage, said NAI Vegas managing broker Patrick Sauter, whose group brokered the sale.

The building is 96 percent leased, he said.

Daneshgar told the Las Vegas Review-Journal he liked the building in part because of the quality of its construction and its proximity to casino-packed Las Vegas Boulevard.

The deal comes amid a yearslong streak of heated activity in Las Vegas’ apartment market. Developers have flooded the valley with projects over the past several years, landlords have been buying up properties at escalating prices, and tenants have faced tighter vacancies and higher rents.

The Las Vegas Grand sale amounted to $224,528 per unit. By comparison, investors paid an average of $129,286 per unit for Las Vegas-area apartments this year through the third quarter, according to brokerage Colliers International.

Daneshgar confirmed that he bought Las Vegas Grand through a partnership he controls and not on behalf of Beverly Hills, California-based 3D Investments.

He is no stranger to Las Vegas. Among other transactions, his company bought nearly 60 acres of mostly empty real estate at the corner of Harmon Avenue and Koval Lane, less than 2 miles from Las Vegas Grand, for $130 million in February.

In the early 2000s, Florida developer Christopher DelGuidice ventured into Las Vegas’ real estate market and set out to build the project formerly known as Vegas Grand. He once held a sales event with chocolate fountains and models in body paint, and overall, sales were “off the charts,” with his group eventually getting more than 800 reservations, he told the Review-Journal in a 2017 interview.

In 2005, as Las Vegas’ real estate bubble was inflating, a group of buyers filed a lawsuit alleging breach of contract and fraud after Vegas Grand gave them the option to buy their condo at a higher price than was previously agreed or get their deposit back with interest.

DelGuidice told the Review-Journal that he negotiated a settlement in the class-action lawsuit. A percentage of sales was supposed to be distributed to the plaintiffs, he said. But the property went into foreclosure in 2007, property records show, and the developer said he got wiped out on the deal.

DelGuidice put up one building at Vegas Grand, not the five he planned, he said.

The project also was one of many in Las Vegas that was backed by New York financial giant Lehman Brothers, whose 2008 collapse helped trigger the U.S. financial crisis.

According to Sauter, of NAI Vegas, the complex has been a rental property since it opened approximately 10 years ago, and no sales to individual buyers ever closed.

The complex was acquired in 2012 by the group that sold it to Daneshgar.