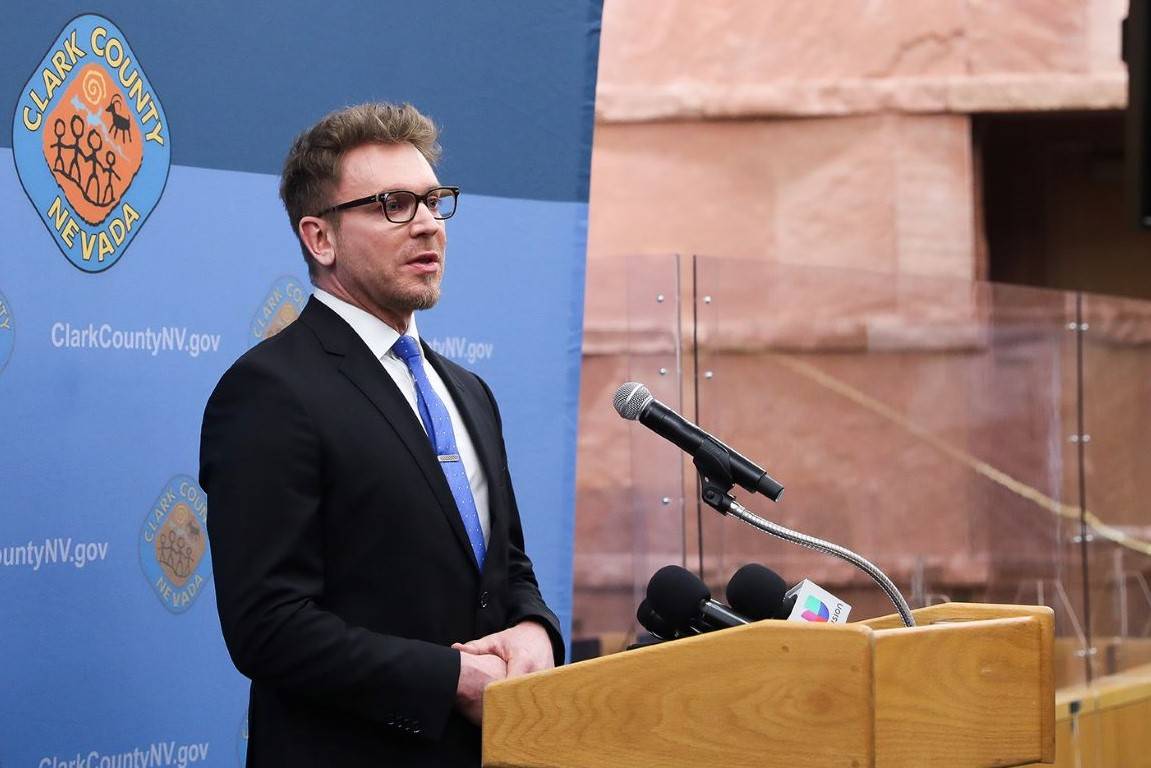 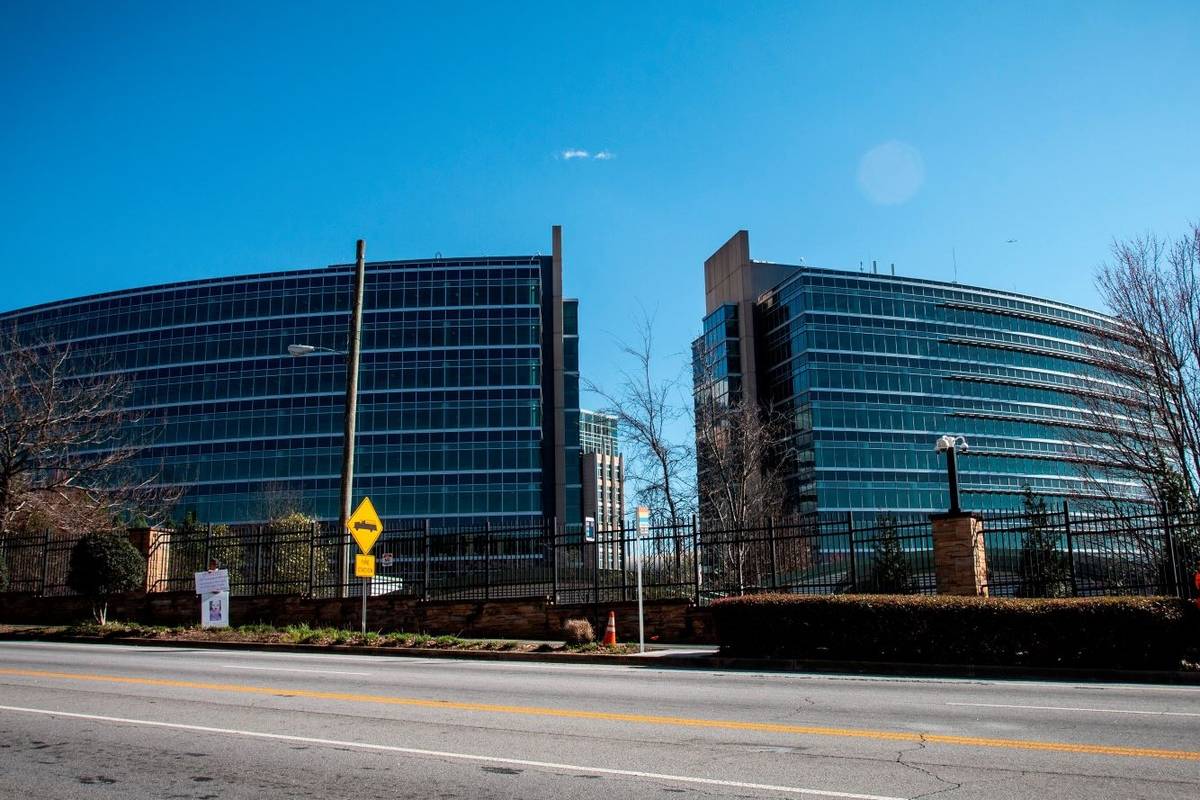 The headquarters for Centers for Disease Control and Prevention, seen in March 2020. (AP Photo/ Ron Harris)

A debate is bubbling on Capitol Hill over the legality of the Centers for Disease Control and Prevention’s Tuesday move to extend its controversial eviction moratorium. Closer to home, a different debate is underway on whether the moratorium applies in Nevada.

The CDC extended its federal eviction moratorium, just days after letting its original moratorium expire on Saturday, to end Oct. 3.

The latest extension is meant to stave off eviction for millions of Americans, but concerns have been raised that it may not protect Nevadans because of the state’s recently passed Assembly Bill 486, which offers strong protections to renters facing an eviction. And the situation has led to a debate among Nevada’s legal experts.

The debate stems from a recent order by Las Vegas Justice Court Hearing Master David Brown, who said last month that the CDC eviction moratorium does not apply in Nevada because the state’s recently passed eviction bill Assembly Bill 486 offers “the same or greater level of public health protection.” But some legal experts say Brown’s order is wrong.

“With all respect to the court, I think the court is totally wrong on this issue,” said Jim Berchtold, directing attorney of Legal Aid Center of Southern Nevada’s Consumer Rights Project. “I hope they reconsider their position because I think that tenants in Nevada are entitled to that (CDC) protection.”

Brown and Las Vegas Justice Court Judge Melissa Saragosa did not respond to request for comment.

The governor’s office did not respond to request for comment on this story but told the Review-Journal on Tuesday that it is “expecting more guidance to come from the CDC based on this new moratorium in the coming days.”

Despite the uncertainty, Berchtold said the organization’s advice to tenants remains the same. Renters are encouraged to:

— Apply for the CARES Housing Assistance Program, or CHAP.

— File an answer with the court if they receive any type of eviction notice from their landlord or property manager.

— Elect mediation when filing their answer and notify the court if they have a pending CHAP application.

He added that the Legal Aid Center is also encouraging eligible tenants to sign a CDC declaration form and give it to their landlord. Like previous CDC orders, the latest moratorium still requires tenants to opt in.

“But be aware that it may not give you the protection that you need,” said Berchtold, hinting at Brown’s statement on the CDC order not being applicable in Nevada. “You still need to take action. All of the things we have been telling (renters) to do, they still need to do.”

The CDC order also makes it clear tenants are still required to pay any missed payments. Landlords can continue to charge late fees or penalties and challenge a renter’s CDC declaration form in court if they feel the tenant is not covered by the eviction moratorium.

Unlike previous CDC orders, which gave a blanket protection across all states, the new federal eviction moratorium only applies to counties with substantial or high rates of COVID-19 community transmission.

That means renters in all but five of Nevada’s counties — Storey, Pershing, Lander, Eureka and Esmeralda — would be protected from an eviction for nonpayment of rent, according to data from the CDC.

But the order is not retroactive. Renters whose evictions were approved by a judge from Aug. 1 through Aug. 3 are not protected by the new order. Those who are still waiting on a decision or have just received an eviction notice are protected by the eviction moratorium, according to the CDC.

“The longer the eviction moratorium stays in place, and the longer it takes for rental assistance to reach those who desperately need it, the worse the housing affordability crisis will be on the other side of the pandemic,” she said.

But renters in Nevada are still standing on shaky ground because of Brown’s recent order, according to Las Vegas attorney Dayvid Figler, who has been publicly critical of Brown’s decision.

“Based on my analysis of Hearing Master Brown’s interpretation of both the CDC guidelines and AB486, I think his reasoning is dubious and likely to be scrutinized by a higher court,” Figler said. “He has issued an order that claims that AB486 is actually a moratorium and therefore in his legal analysis, no CDC moratorium that was previously issued or the current one applies in Nevada.”

It sounds like a squabble over semantics, but it’s one with real consequences for both landlords and their tenants. The CDC said its order doesn’t apply in states with “a moratorium on residential evictions” offering the same or greater level of protection. Brown said in his order that AB486 meets this qualification because “Nevada law provides the same or greater protection than that of the CDC order.”

“What’s the purpose of a moratorium? It’s to stop evictions,” said Terry Moore, attorney at Marquis Aurbach Coffing in Las Vegas. “AB486 does that. It’s broader in scope than the CDC because it applies to all tenants and it prevents evictions for people who have applied for rental assistance.”

AB486 requires all eviction hearings to be stayed, or paused, for no more than 30 days and placed into mediation. It allows tenants with a pending rental assistance application to have their eviction stayed until the application is processed and provides several other protections that last until June 2023.

Berchtold said that while AB486 does offer protections to tenants, many are still being evicted though they claim to have a pending rental assistance application, and renters who appeal to the District Court are finding a ruling in their favor.

“The District Court is sending a clear signal back to the Justice Court, but the Justice Court just isn’t hearing it and is refusing to alter its procedures,” Berchtold said. “So, it feels like a breakdown in the system and the people who are really getting hurt by it are the tenants, and this is one of the reasons why it’s so important that the CDC moratorium applies in Nevada.”