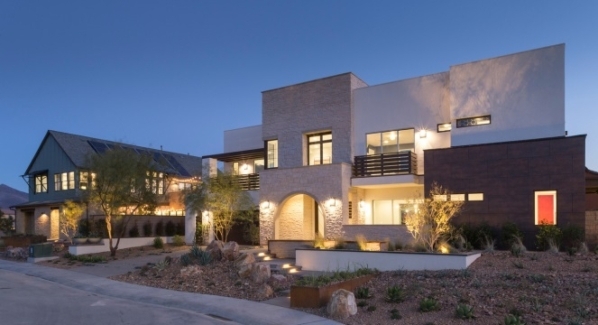 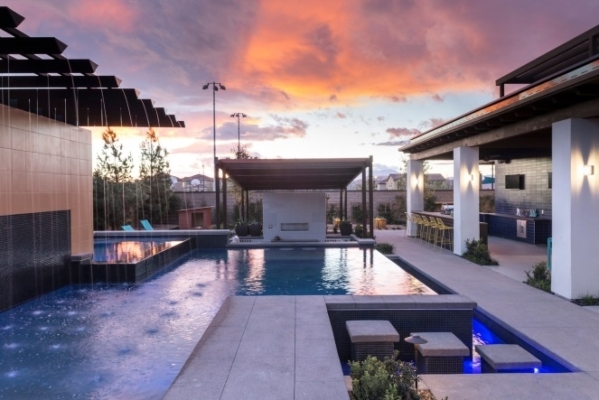 Pardee Homes’ two newest home models are specifically designed for millennial homebuyers and will kick off the 2016 International Builders’ Show next week.

The homes, which are in the Henderson master-planned community of Inspirada, appear to be another pair of well-staged homes at first glance, however, their focus on future functionality is what sets them apart.

“You’re not likely to find these in other neighborhoods,” said Pardee Southern Nevada Division President Klif Andrews. “We looked at what the millennial audience is buying and what their tastes are.”

Though the homes don’t open to the public until Feb. 1, they are being shown to attendees of the IBS, which runs from Jan. 19-21 at the Las Vegas Convention Center.

Andrews said catering to the needs of millennials, or America’s youth born between 1982 and 2000, which total 83.1 million people as of June, according to the U.S. Census, is vital as they are the next large group of homebuyers.

“They’re nostalgic about homes and what kinds of homes they grew up in,” he said. “That’s why we’re offering an older style farmhouse as an option.”

Andrews added that Pardee Homes has never offered a farmhouse style, which starts in the $300,000s and includes large wooden beams, Shaker style cabinets and porcelain tile that is designed to mimic the look of wood.

“I’m excited about the look and feel of it,” he said.

The idea behind the responsiveness of these homes is that they easily adapt to changes in the homeowner’s needs over time, Andrews said.

“A lot of our buyers are interested in multigenerational living so their home needs to be flexible in order to accommodate their parents or a college-aged child,” he said. “We’re also seeing millennial buyers rent out spaces to their friends for extra income.”

The traditional home is “an aspirational house for millennial buyers” and comes with a price tag in the $400,000s, according to Andrews.

A unique feature in the traditional home is a back kitchen, which can be closed off and includes additional counter space as well as a washer and dryer.

“It allows homeowners to entertain while keeping clutter in the background,” Andrews said.

The home’s focal point is the outdoor space. The model comes outfitted with an outdoor kitchen, bar, pool, garden, fountain and seating area with a television and fireplace.

“We’re giving them some great and unique ideas,” Andrews said. “Outdoor spaces are important to how homeowners live and entertain.”

The master bedroom is a completely open space as the sleeping quarters flow directly into the bathroom and onto the patio space.

“Buyers like to have flowing spaces that are showy but aren’t segmented,” Andrews said. “We’ve also incorporated a retreat off the bath where they can answer emails and do work in a space that’s not hidden.”

Pardee Homes, a member of TRI Pointe Group, teamed up with Builder magazine to create these homes, which are part of their Responsive Home project. Editorial Director John McManus said the publication decided to partner with Pardee Homes to better attract the millennial homebuyer.

“We did this by first committing to original research — talking to our customer target — discovering what they prefer and value, and designing a home that responds to their needs,” he said.