The state’s residential eviction moratorium based on nonpayment of rent was set to expire Tuesday until Sisolak announced the day before that he would extend the moratorium.

The move means Nevada’s rental debt could balloon to as much as $1.1 billion by December, according to a report by Las Vegas nonprofit research group Guinn Center.

“Any moratoriums on evictions puts pressure on landlords because they’re stuck,” Green said. “They don’t have any legal means of removing someone who is not paying, and then the landlord still has legal duties to provide. It has to be habitable. They still have a lot of legal responsibilities and obligations they have to meet.”

Sisolak’s new directive means the eviction moratorium will not lift until Oct. 15.

Many renters are likely going to hold off on rent payments as the state’s unemployment insurance claims have hit a record this year. There has been 670,400 initial claims filed in 2020 but 662,368 claims have been filed since the week ending March 14 through the week that ended Saturday, according to the Department of Employment, Training and Rehabilitation.

“Realistically, if a tenant hasn’t paid rent in six months and they owe $6,000, the landlord is never going to see the money,” he said. “To the governor’s credit, that’s why he tried to encourage everyone to come up with some sort of arrangement with their landlord and why they implemented all those rental assistance programs.”

Landlords say they’ve maintained an open line of communication with their tenants, but Sisolak’s last-minute announcement of an extension has thrown a wrench in their planning.

“We are not happy with any delays since we have to prepare and gear up every time there is a new deadline for evictions,” Margaret Valdez, vice president of operations for real estate management firm WestCorp Management Group, said.

As the leasing season starts to slow down, she noted, there will be less opportunity to rent to potential residents who are employed “and have an interest to live at our communities.”

Trade organization Nevada Realtors echoed the same sentiment by saying that Sisolak’s decision gave property owners less than a day’s notice to determine their next step.

“This extension creates a tremendous hardship for thousands of property owners in Nevada, who are now unable to collect the rent they are owed for at least another 45 days,” NVR President Chris Bishop said in a statement. “Many of these property owners are retirees, people living on fixed incomes and mom-and-pop landlords who own one or two homes and rely on this rental income to support themselves and their families. Many of them will now have no recourse or way to cover their own expenses.” 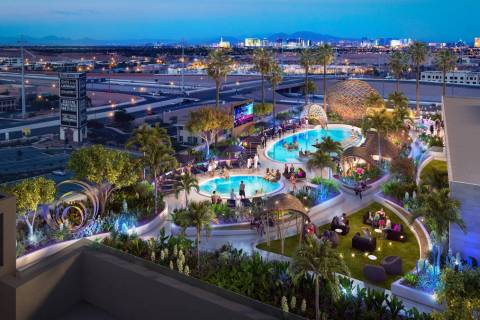 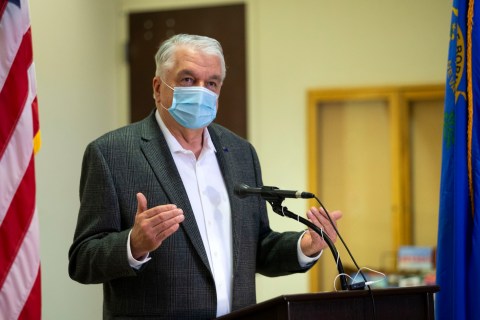 Gov. Steve Sisolak on Monday announced a 45-day extension of the moratorium on evictions, one day before the current moratorium was set to expire. 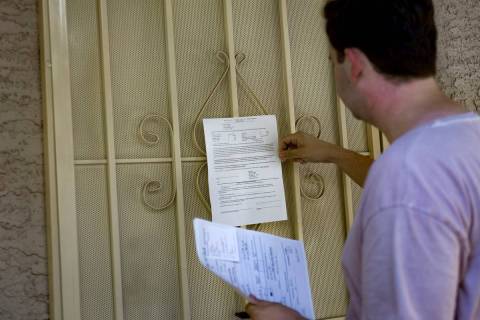 When Nevada’s moratorium on evictions lifts, experts expect a flood of eviction notices to renters to follow.