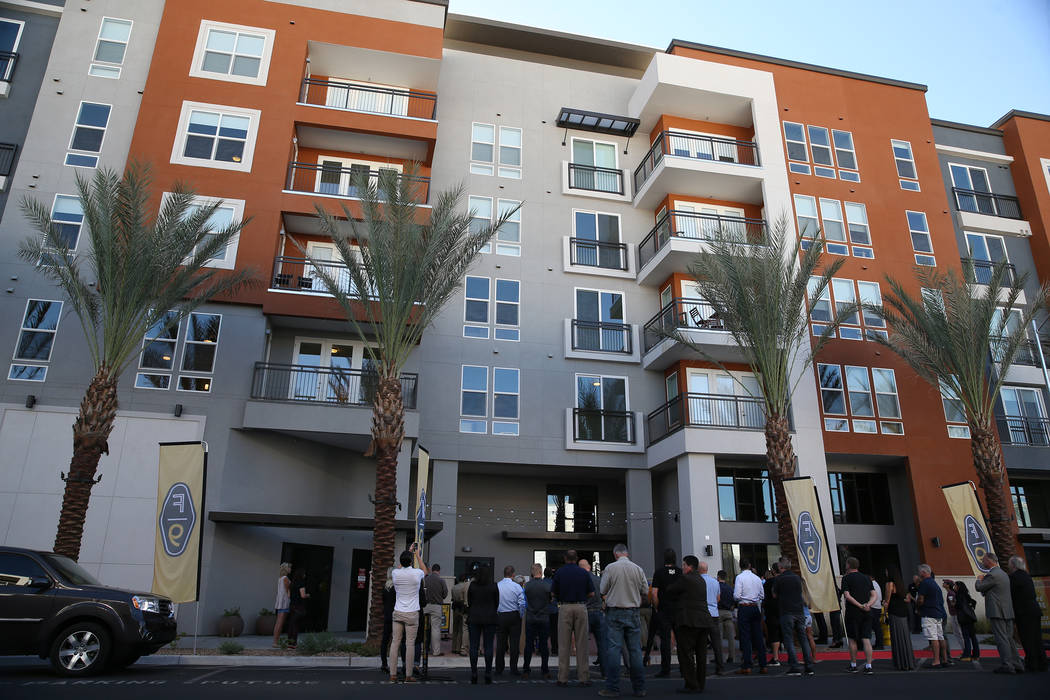 Las Vegas’ apartment market has started 2019 with the fastest-growing rents in the nation, a new report shows.

Tenants are paying an average of $1,073 per month for a Las Vegas-area apartment this quarter, up 7.7 percent from the same period last year, according to preliminary figures released Friday by New York research firm Reis Inc.

That price growth was fastest among the 79 metro areas listed in the report and well above the national average of 4.2 percent.

Las Vegas’ apartment market has heated up in recent years with more construction, mostly in the suburbs; lucrative investor purchases; and fast-rising rents that are stretching affordability for some tenants.

Buildings are filled with tenants, but not as much as they used to be.

According to Reis, Las Vegas’ apartment vacancy rate is 4.2 percent, up from 3.2 percent a year ago.