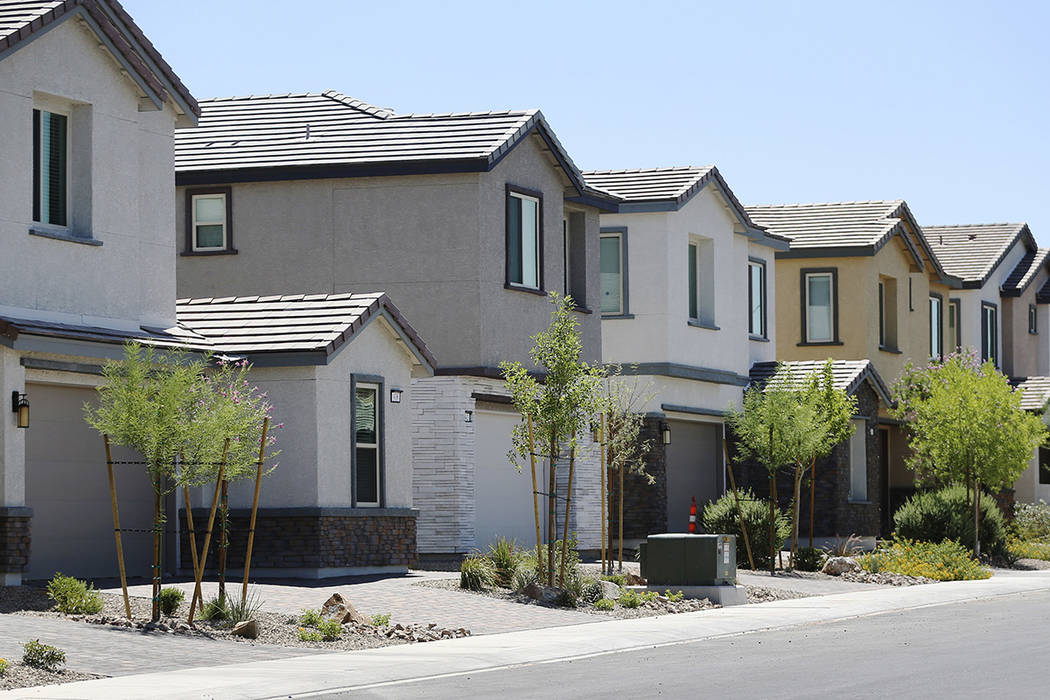 But the $5,000 gap is bigger than it appears: When adjusting for inflation, prices remain a long way off from those of the bubble days.

The median sales price of previously owned single-family homes – the bulk of the market – was $310,000 in September, up 1.6 percent from August and 3.3 percent from September 2018, according to a new report from the Greater Las Vegas Association of Realtors.

Also, 7,334 single-family homes were on the market without offers at the end of last month, down 5.6 percent from August but up 19.3 percent year-over-year, the GLVAR reported.

Las Vegas was ground zero for America’s real estate bubble in the mid-2000s, marked by fast-growing property values, booming construction and widespread home flipping. According to the GLVAR, the median price of a single-family house peaked in June 2006 at $315,000, which, adjusting for inflation, is about $398,300 today – around $88,300 above last month’s median.

Southern Nevada was also ground zero for America’s housing crash during the Great Recession, with sweeping foreclosures, plunging property values and numerous abandoned real estate projects. The median sales price of a single-family house hit bottom in January 2012 at $118,000, according to the GLVAR – a 62.5 percent drop from the peak.

Frank Nothaft, chief economist at housing tracker CoreLogic, told the Las Vegas Review-Journal recently that prices were “clearly overvalued” in the mid-2000s but that he doesn’t have the same concern about Las Vegas nowadays.

Mortgage underwriting around the country is “sound,” he said, with lenders requiring extensive documentation, compared with the frenzied bubble years when they doled out money to practically anyone, often with little or no verification of borrowers’ finances.

Locally, home prices have been climbing for years, though after the market heated up in 2018 and sparked affordability concerns, things have cooled off this year. Price growth has slowed, builders are selling fewer houses, and the once-shrunken tally of available listings has shot back up.

GLVAR President Janet Carpenter, of Signature Real Estate Group, said in a statement that when prices rose by 3 percent to 5 percent annually in past decades, people thought that was a “pretty good” increase.

“With demand staying strong and our local housing supply remaining tight, I wouldn’t be surprised to see this trend continue into the foreseeable future,” she said.

Resale prices aren’t the only aspect of the valley’s housing market that remains off from the bubble years.