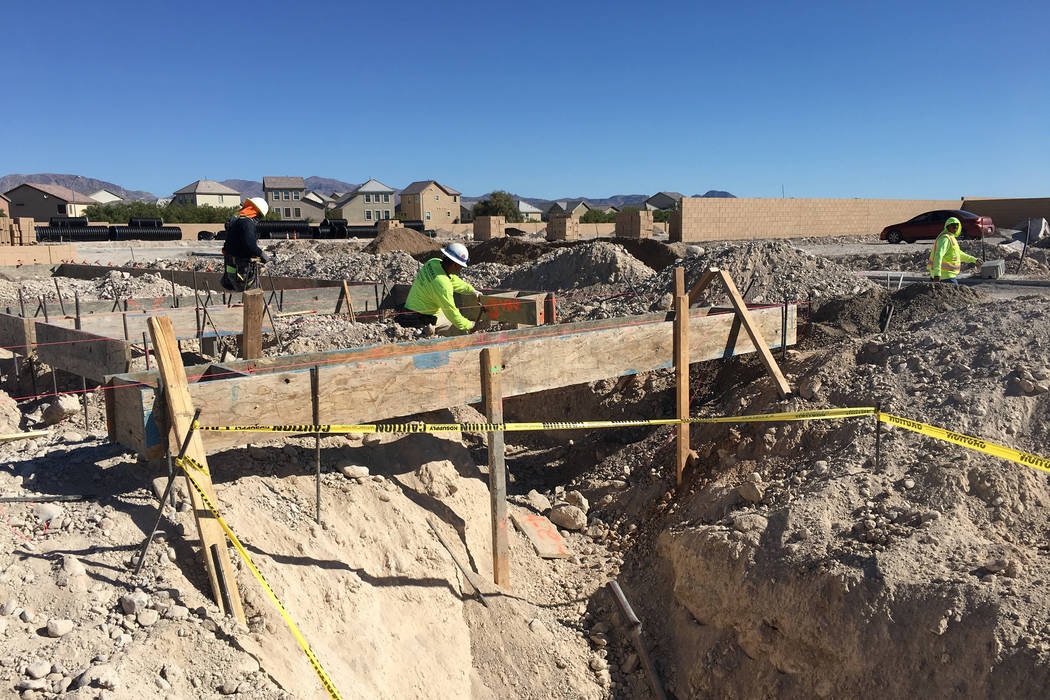 Las Vegas homebuilders last year booked the most sales in more than a decade as buyers paid record prices, but the market is forecast to cool off in 2019.

Homebuilders closed 10,669 sales in Southern Nevada last year, up 14.2 percent from 2017, according to a report this week from Las Vegas-based Home Builders Research.

The median sales price of December’s closings was $396,994, up 7 percent year-over-year and the highest ever reported by the firm going back to 1990.

Homebuilders also bought more than 200 acres of land in Clark County for nearly $700 million combined last year, the research firm said. Roughly 30 percent of these deals were in the fast-growing southwest valley.

Last year’s home sales tally was the highest since 2007, according to Home Builders Research data, but developers still aren’t selling nearly as many homes as they did during the mid-2000s real estate bubble.

Also, amid affordability concerns, the homebuilding market has shown some signs of cracks, including year-over-year drops in net sales contracts and monthly sales of single-family houses, the bulk of the market.

But overall, the Las Vegas area “appears to be on solid footing,” he wrote in the report.

“Yes we are saying these numbers will decrease,” he wrote, “but that by no means should be interpreted as a sign of a major problem in the making.”