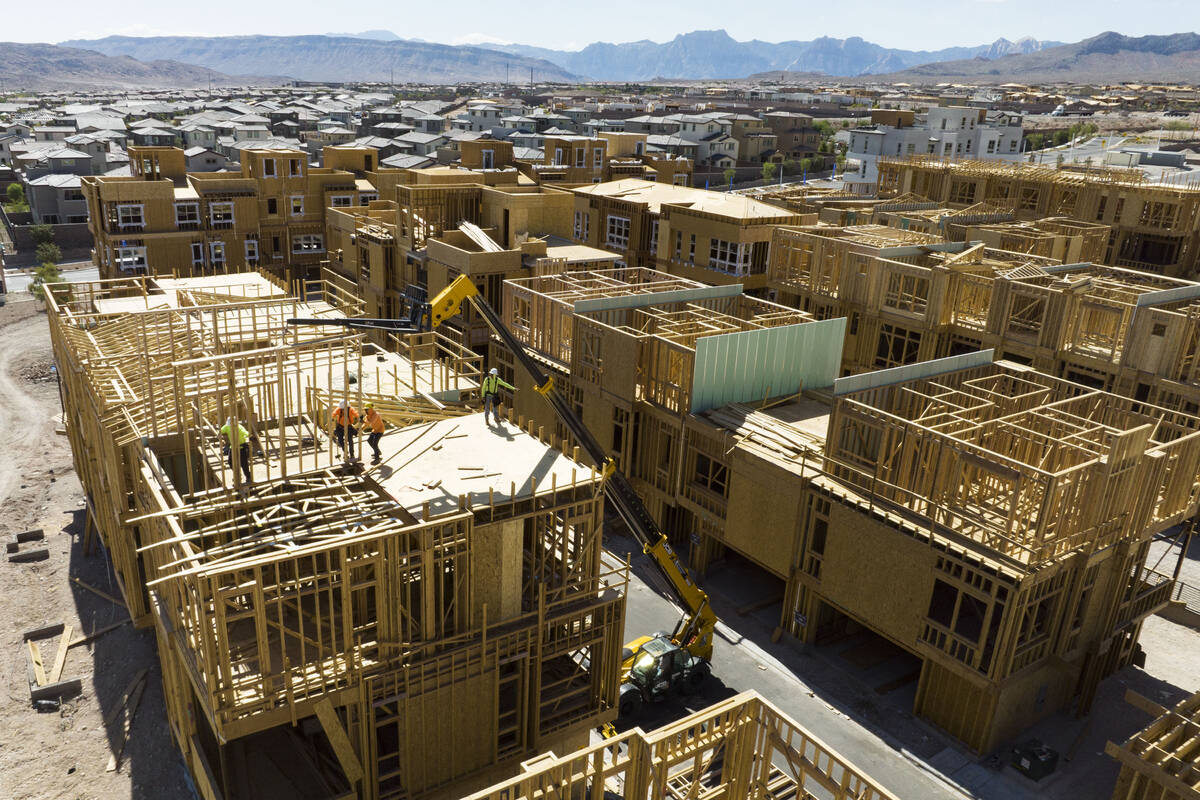 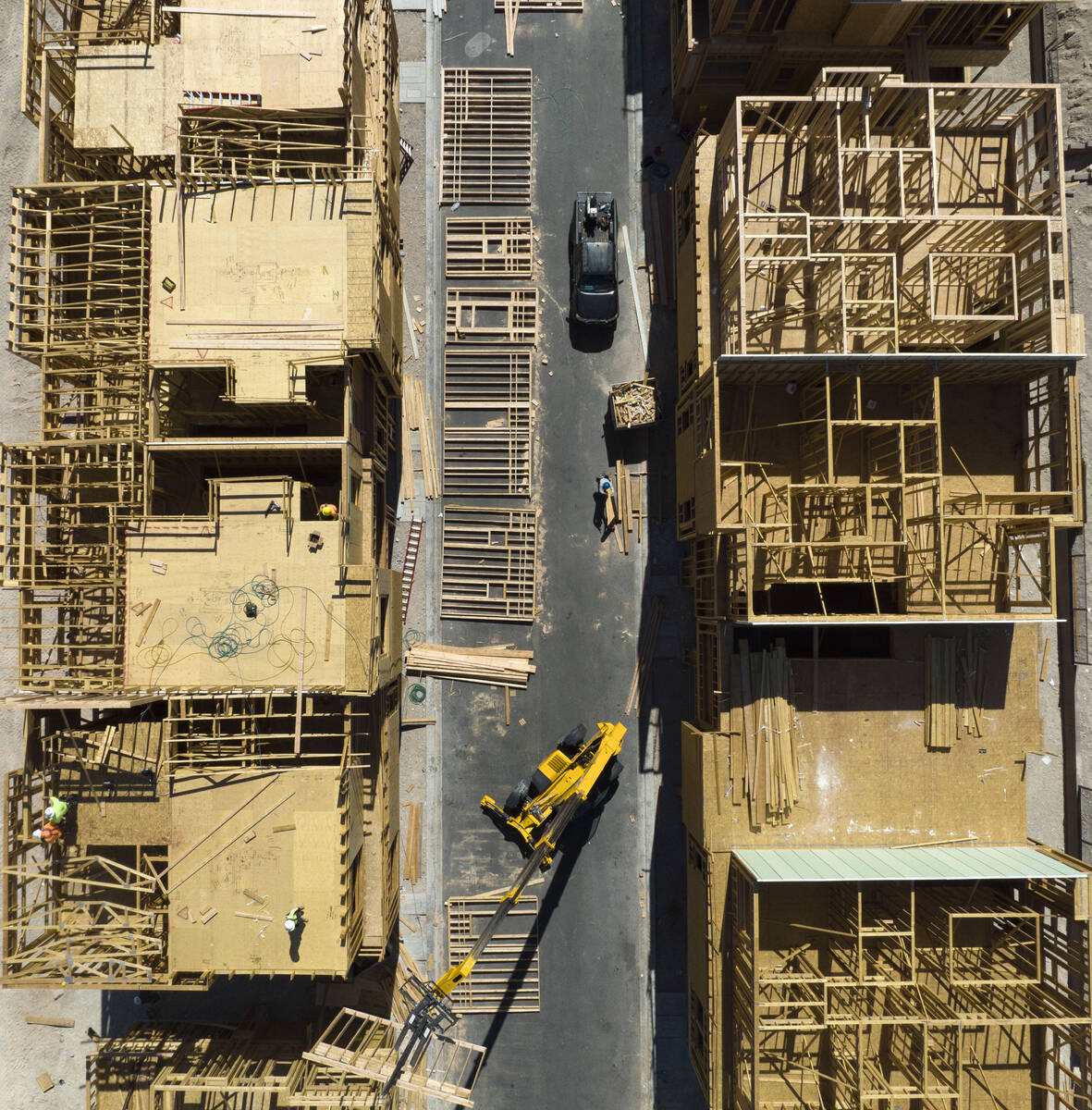 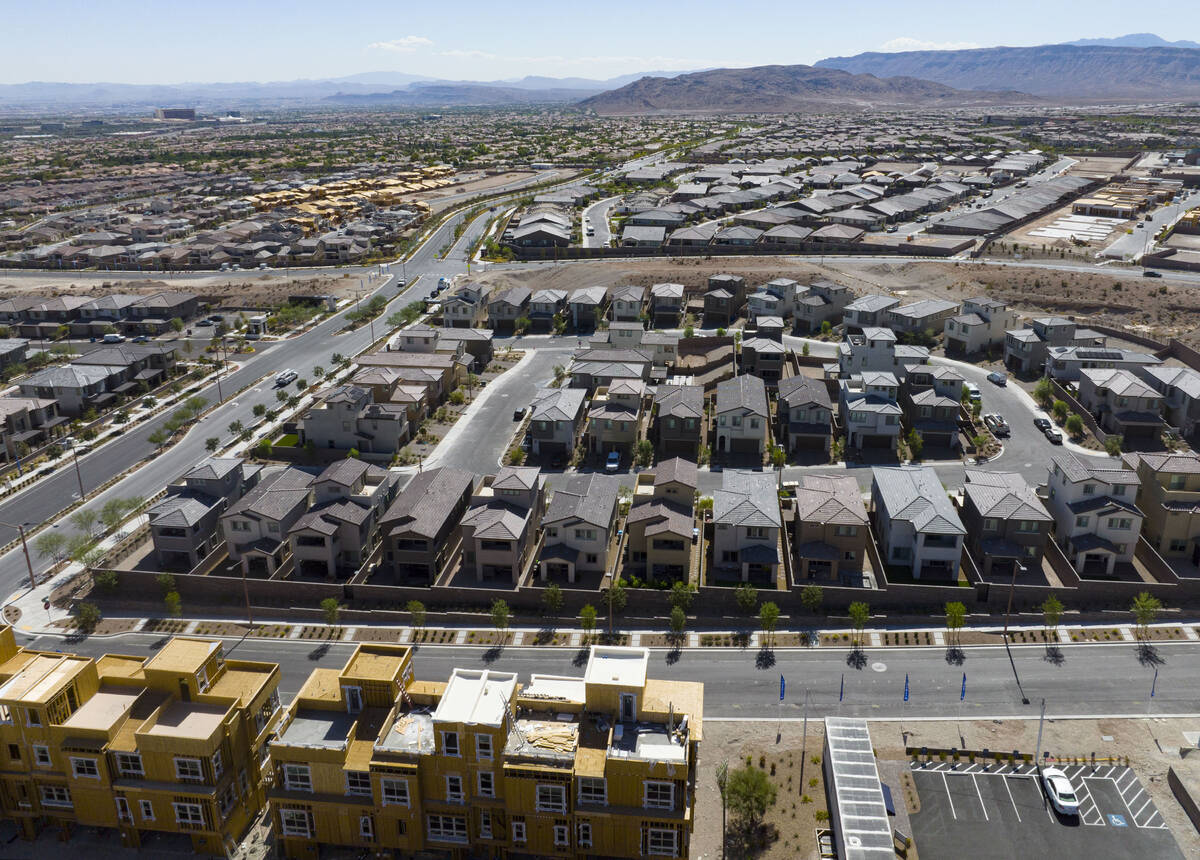 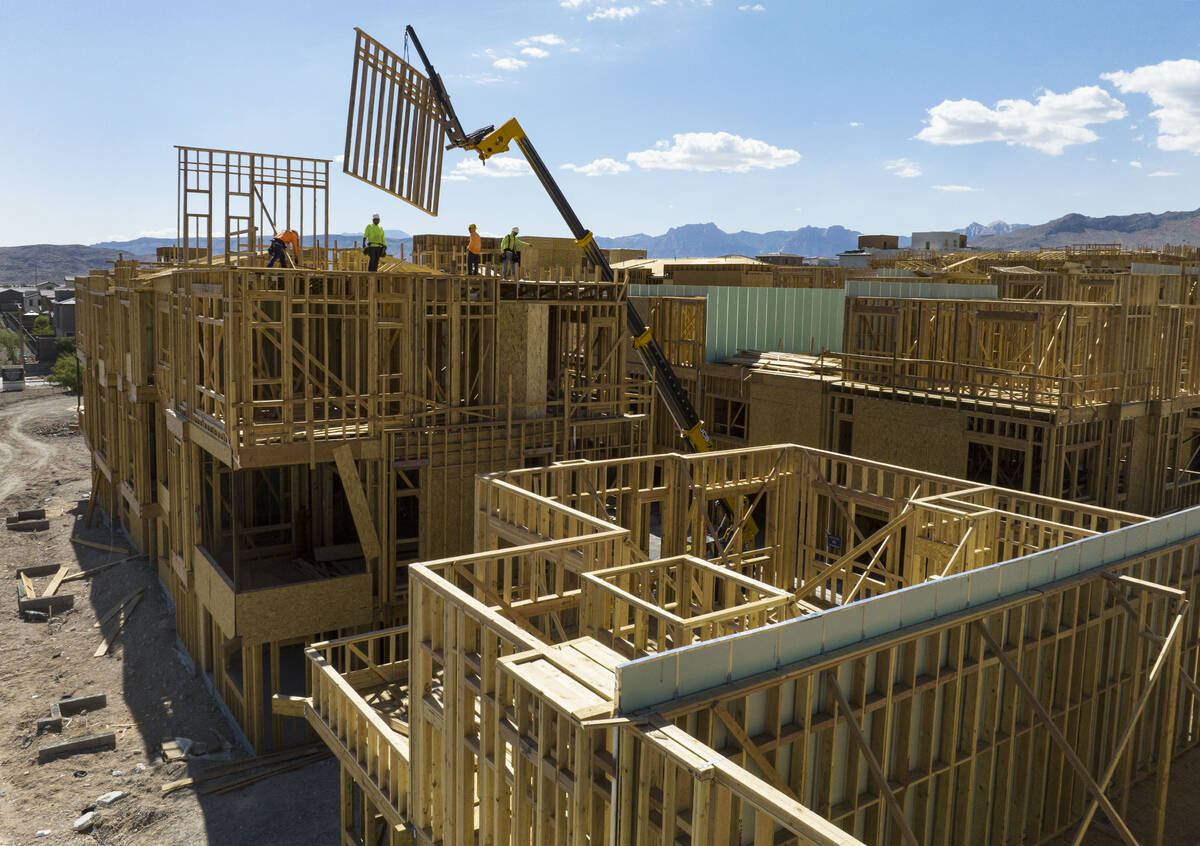 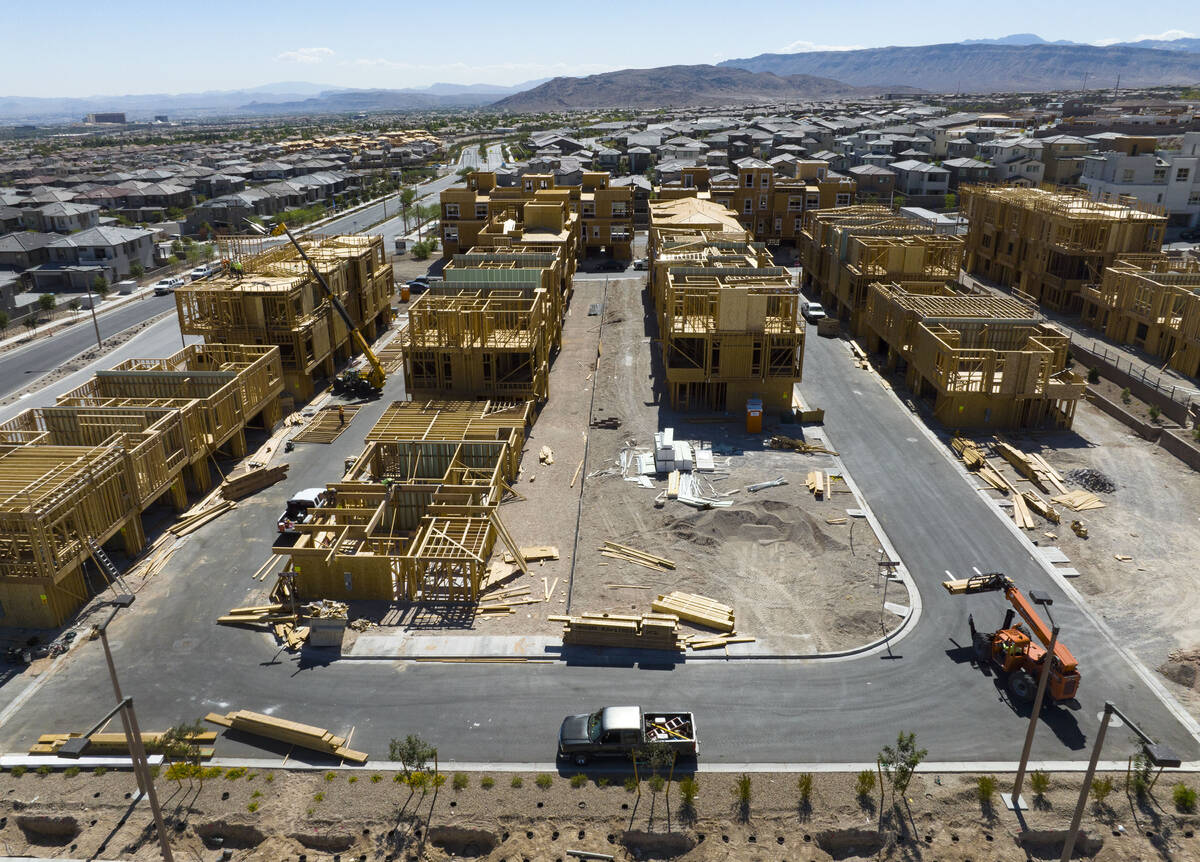 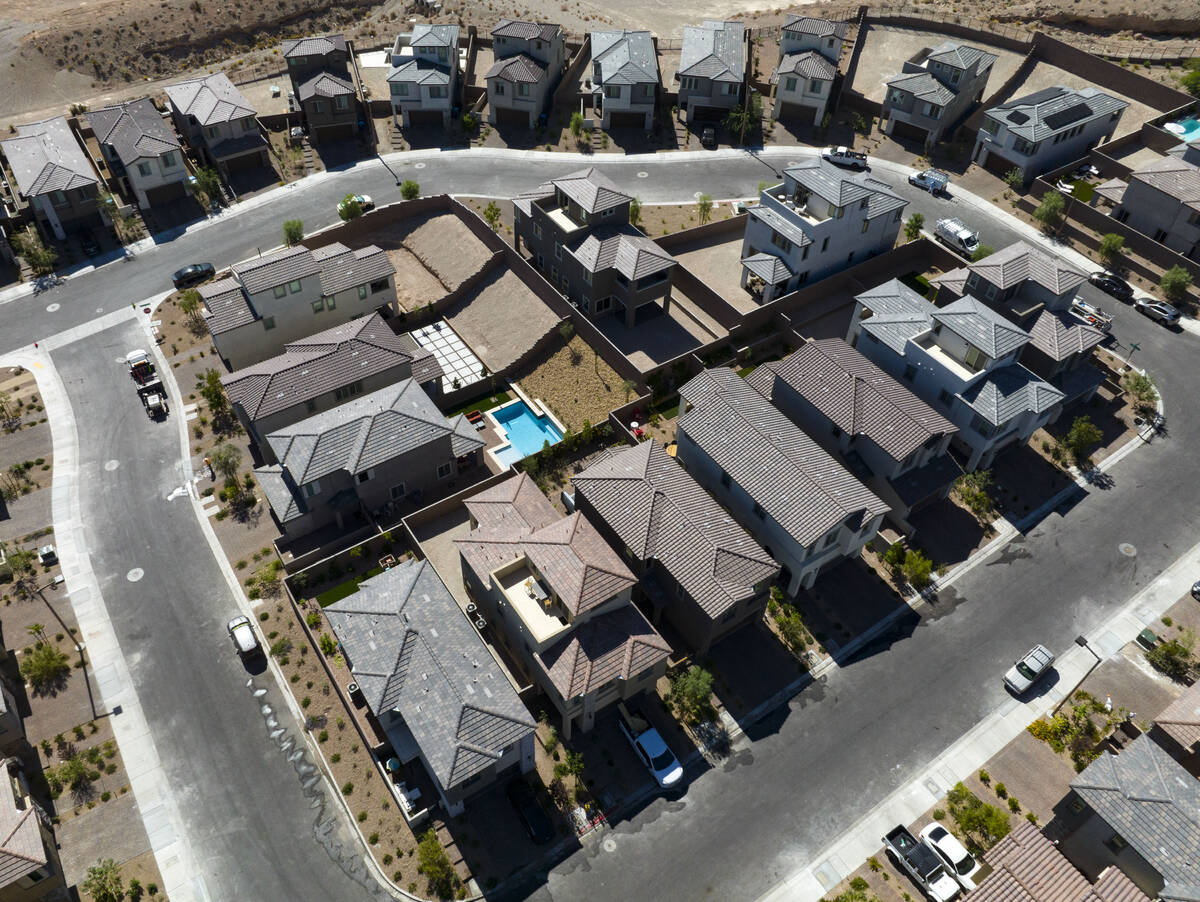 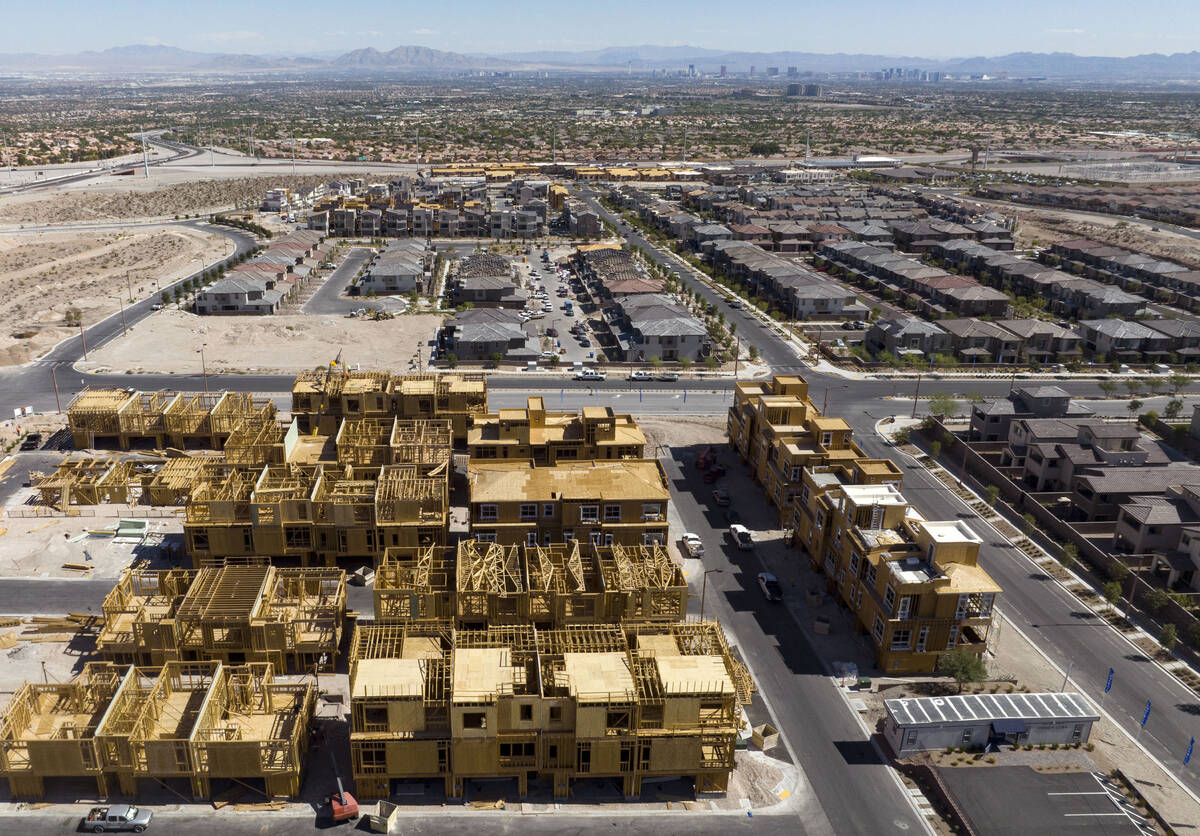 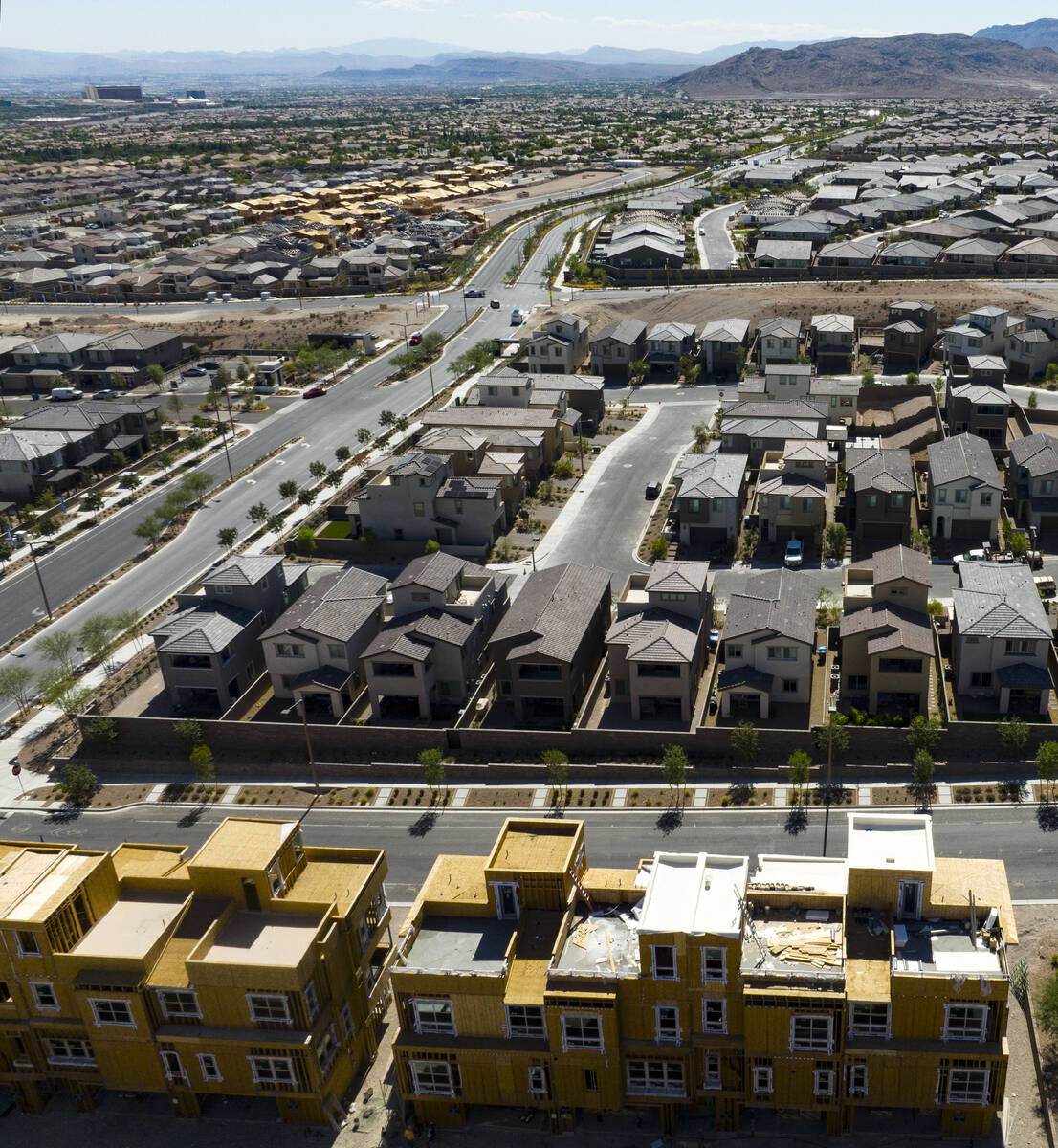 After a three-month slide, Southern Nevada house prices have leveled off “at least for now,” a new report shows.

The median sales price of previously owned single-family homes — the bulk of the market — was $450,000 last month, unchanged from August and up 10.7 percent from September 2021, according to trade association Las Vegas Realtors.

Still, sales totals were far below year-ago levels, and the tally of available homes has skyrocketed.

Buyers picked up 2,030 houses in September, up 1.4 percent from August but down 36.7 percent year-over-year.

Also, 8,121 houses were on the market without offers at the end of last month, up 1.6 percent from August and 134.5 percent year-over-year, according to the association, which reports data from its listing service.

Moreover, houses aren’t selling as fast as they used to.

Among the single-family homes that traded hands last month, 56.8 percent had been on the market for 30 days or less, down from 71.7 percent of the sales in August and 83.8 percent in September 2021.

The numbers point to a relatively steady month for Las Vegas’ resale market, but it still shows a dramatic change from last year’s cheap-money-fueled buying binge.

This year, a sharp jump in mortgage rates put the brakes on home sales in Southern Nevada and around the country.

The average rate on a 30-year home loan was 6.7 percent last week, up from 3.01 percent a year earlier, mortgage buyer Freddie Mac reported.

Las Vegas Realtors President Brandon Roberts said in a news release that home prices have leveled off “at least for now” and that prices and sales had been declining since mortgage rates started rising.

“The good news for buyers is that it has been at least three years since we’ve had this many homes available for sale,” he added.

Southern Nevada house prices set all-time highs practically every month last year. They reached a record $482,000 this May and then started to tumble.

On the construction side, homebuilders reversed months of slumping sales in Southern Nevada and across the country in August amid a dip in mortgage rates. But with rates higher again, new home sales are expected to tumble once more around the U.S.

Before that, sales totals had dropped for four consecutive months.

Still, sales in August were down 44 percent from the same month last year, and builders’ land buying activity “has basically decreased to zero as they wait and see where things end up going into the end of the year,” Home Builders Research President Andrew Smith wrote in a recent report.

Nationally, the pace of builders’ sales soared 28.8 percent in August from July, after falling almost every month this year, according to government data.

A “brief decline” in mortgage rates helped boost U.S. sales in August, though sales are “expected to move on a downward trend in the months ahead,” the National Association of Home Builders said.