The number of existing homes sold locally in May surged to its best showing in 14 months even as sales of new homes lagged, according to two new housing reports released this week.

Statistics from local research firms Home Builders Research and SalesTraq revealed a 5.2 percent jump in resales in May, with buyers snapping up 2,606 units. Buyers bought 2,477 existing homes in the same month a year ago.

The last time resale closings surpassed 2,600 homes in a single month was March 2007. Closings on existing properties spent fall and winter mired at around 1,500 units a month.

“May data for the Las Vegas housing market suggests that recovery has begun for the resale market,” SalesTraq President Larry Murphy said.

Sales of new homes, however, stayed below 1,000 units in May. With the exception of March, new-home sales have languished below 1,000 houses a month since January.

“The new-home segment is idling, and kind of waiting for pent-up demand to hit them hard,” Home Builders Research President Dennis Smith said. “Anytime you have a cycle like this, there’s going to be some pent-up demand.”

Thanks partly to a bumper crop of foreclosures on the market in Las Vegas — about a third of resale listings in the city are in default — prices have plummeted 22.5 percent, or $65,000, from their October 2006 peak of $290,000. The lower prices are summoning buyers and investors back to the market, Smith said.

But less-expensive resales also hurt demand for new homes, given buyers’ perceptions that foreclosures are bargains relative to nondelinquent properties. Half of all resales sold locally in May were foreclosures, going for a median of $215,000. The median on nonbank-owned properties that closed in May came to $239,000. New homes posted a median of $269,990 in the month.

The supply of resales on the market in May dropped to 20,573 units, down about 20 percent from 25,282 units a year earlier. That gives the market an existing-home inventory of about 10 months, Murphy said, just outside the six- to nine-month range analysts consider healthy.

The indicators paint a picture of a market that could come back to life soon.

“We’re not on life support, and we’re not even in critical condition anymore, but we are still in the hospital,” Murphy said.

The local analysts’ improved resale reports follow other recent signs of life in the local market.

A June 2 report from banking company National City Corp. and analysis firm Global Insight found that housing prices in Las Vegas returned to historic norms in the first quarter. The study’s authors noted that additional price declines could visit Southern Nevada, but they called Las Vegas a “fairly valued market” and added that most of the area’s price correction had passed.

Murphy said three indicators would signal recovery in the housing market: a decline in inventories, an increase in sales and a marketwide halt to falling prices.

The first two have happened, but not the third.

Rising oil prices and a deteriorating job market could complicate chances for a widespread housing recovery, Murphy said. What’s more, though banks sold about 1,300 foreclosures in May, they took possession of another 2,500 or so foreclosed homes in the same month. Until that statistic reverses itself, and banks are disposing of more homes than they’re taking over, prices could continue to slump.

And sales tend to turn sluggish in the warm summer months, Smith said, so closings will likely flatten and prices probably soften in the next few months. Expect a continuing credit crunch, with banks loath to lend to home buyers with less-than-perfect financial histories, to hamper the market, too.

“The bad news is, it’s not going to turn around overnight,” Smith said. “It’s going to take a while. Things will be flat, at best, for a while. If there’s any good news, it’s that anybody who can qualify for a home has the buying opportunity of a lifetime.” 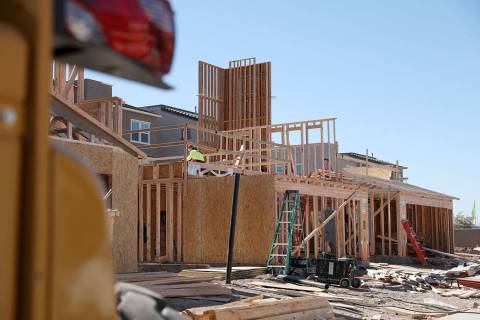