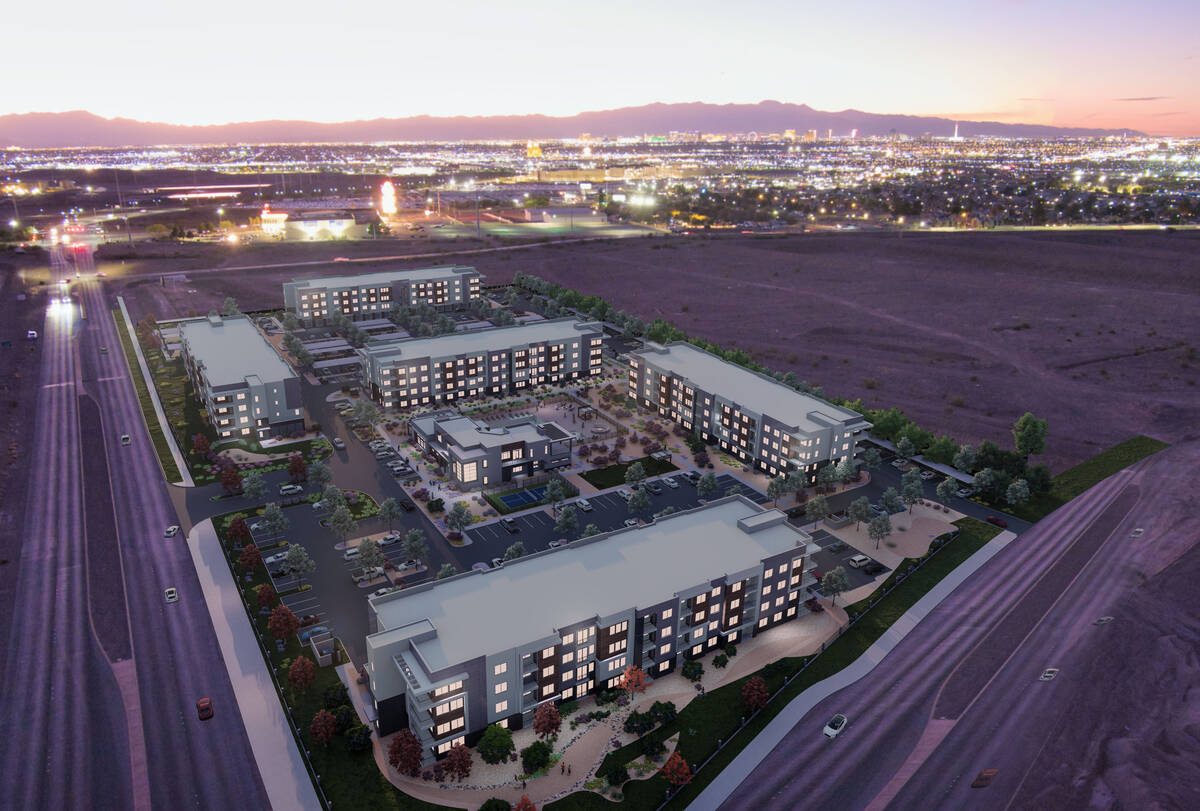 A newly built apartment complex is slated to open in Henderson’s Cadence community next year.

The 265-unit project, by developer A.G. Spanos Companies, will feature a 10,000-square-foot clubhouse and apartments ranging from 617 to 1,320 square feet, with private garages available in all buildings, according to a news release Wednesday from Cadence.

Occupancy is scheduled for the third quarter of 2022, the release said.

Stockton, California-based Spanos has developed more than 200,000 multifamily units across the U.S., including 22,000-plus units in the Las Vegas area from the 1970s through the 1990s, according to the announcement.

Cadence, which is being developed by the LandWell Co., spans 2,200 acres off Lake Mead Parkway east of Boulder Highway.