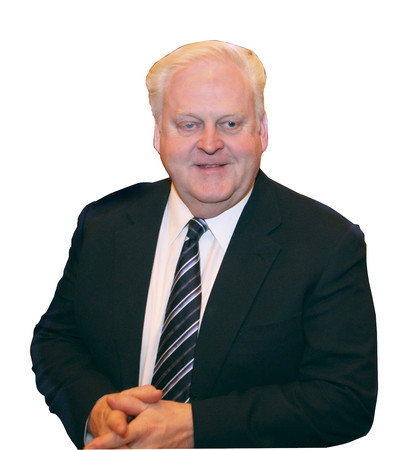 Some real estate professionals see a shaft of light in the real estate market gloom enveloping Southern Nevada, although another analyst says he still sees little more than a glimmer so far.

The optimistic outlook came from Richard Lee, vice president of First American Title Co., and Richard "Rick" Myers, president of the Thomas & Mack Development Group, who spoke Wednesday at a meeting of CCIM Southern Nevada at the Rio.

Lee said it appeared to him that most of the attractive finished lots — those ready for construction — in Las Vegas have been purchased by builders.

"If they are not gone, they’re not desirable," Lee said.

But, he added: "National builders are back. That’s the only positive thing I’ve heard in 18 months."

"Now that the lots are getting grabbed up, people are starting to look at raw land," he said.

Dennis Smith, president of Home Builders Research, didn’t participate in the panel, and he acknowledged that attractive lots are being sold locally. However, he has a more pessimistic view than Myers and Lee.

Smith’s company is preparing an updated study on finished lots and his preliminary results suggest the Las Vegas area has 17,500 finished lots either owned by builders, banks or investors. But some of those are owned by investors waiting for land values to appreciate, rather than homebuilders, Smith said.

He counted another 2,500 lots that are available for sale.

"There is a very limited number of finished lots that meet the criteria of the builders that are buying today," Smith said.

Most builders are closing on about two homes a month, Smith said.

Ray Walsh, vice president of repossessed real estate at City National Bank, said banks are braced for a wave of problems in 2011 and 2012 when many loans mature and owners will need to refinance. Walsh predicted it would take five years to work through all the bad commercial real estate loans.

Walsh offered one bit of good news: "Five hundred billion (dollars) in private equity (money) is sitting on the sidelines waiting to come into this market."

Larry Singer, a Grubb & Ellis vice president and receiver for properties in default, predicted most commercial real estate will not sell for another five years. Many lenders are leaving receivers in control of commercial property, rather than foreclosing on the property, Singer said.

Bill Martin, chief executive officer of Service1st Bank, was asked why banks are unwilling to make new loans on commercial real estate. Martin answered that bank regulators, who were blindsided by the real estate bust, have tightened their regulatory oversight.

"Now, they are playing catch-up," he said. "They clearly have the message: ‘Don’t mess up again.’"

As a result, no banker "is going to do any real estate loan that has the least bit of a speculative part to it," Martin said.

Service1st would like to make more loans, he said, because it has $70 million in liquid assets earning one-quarter to 1 percent and those low returns are causing operational losses.

An accounting rule forces banks to write down loans if the borrower is not paying under his original terms and a loan guarantor cannot step forward to assist, Martin said.