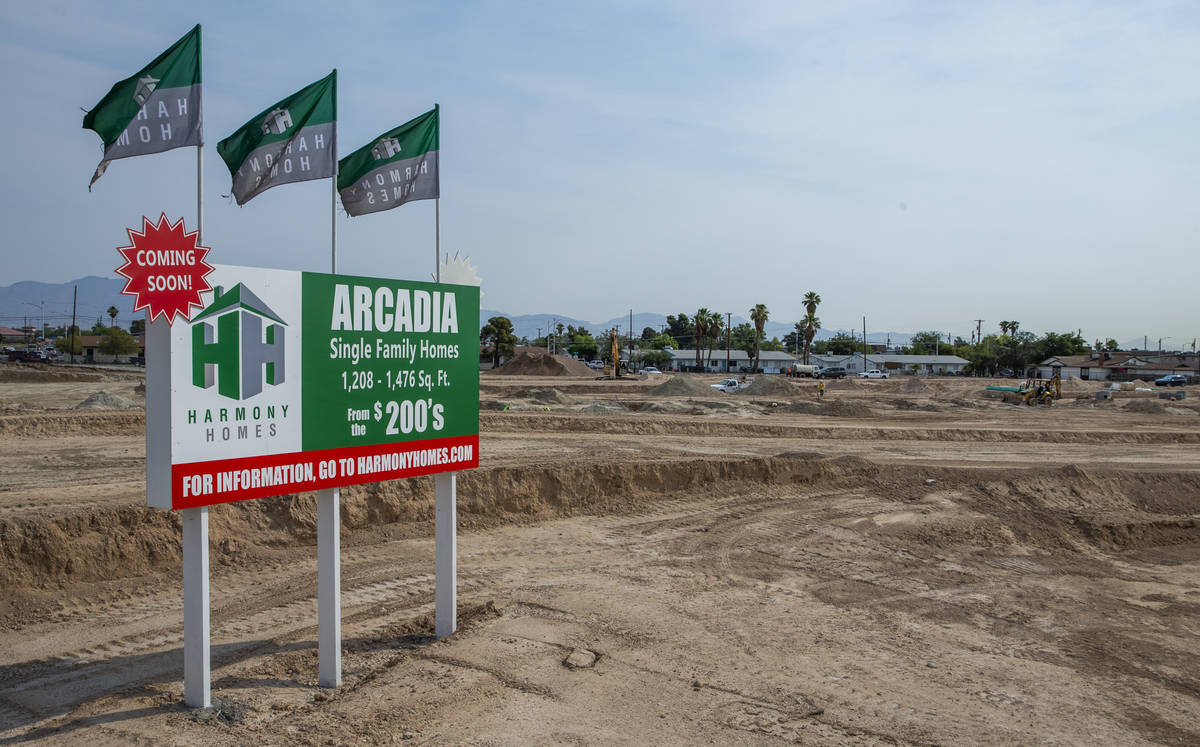 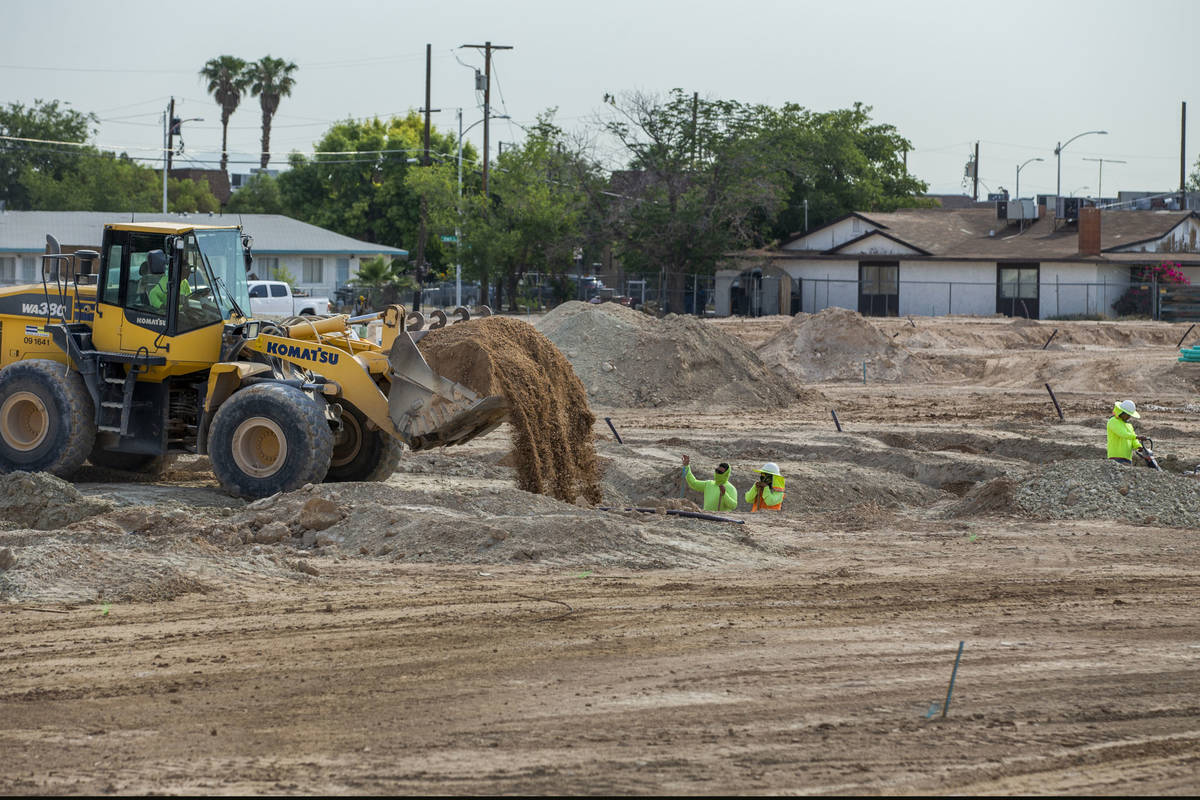 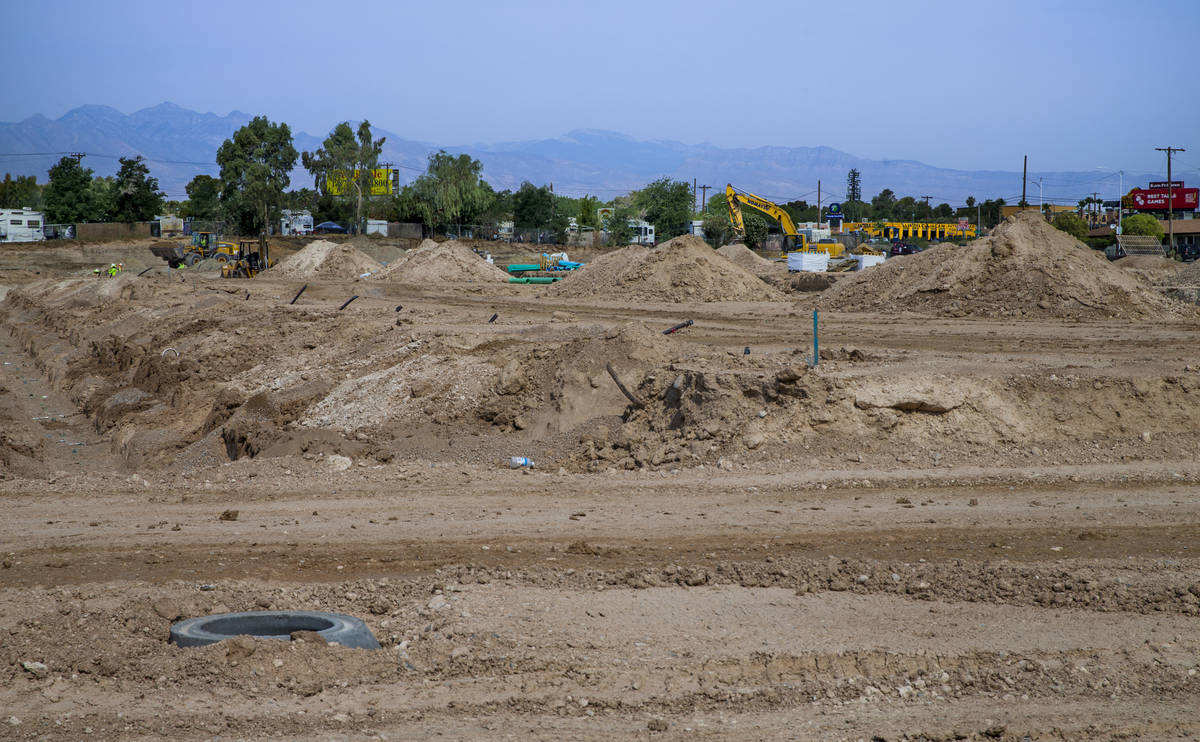 The land is cleared for Arcadia by Harmony Homes off of Rancho Drive on Wednesday, June 15, 2021, in Las Vegas. (L.E. Baskow/Las Vegas Review-Journal) @Left_Eye_Images 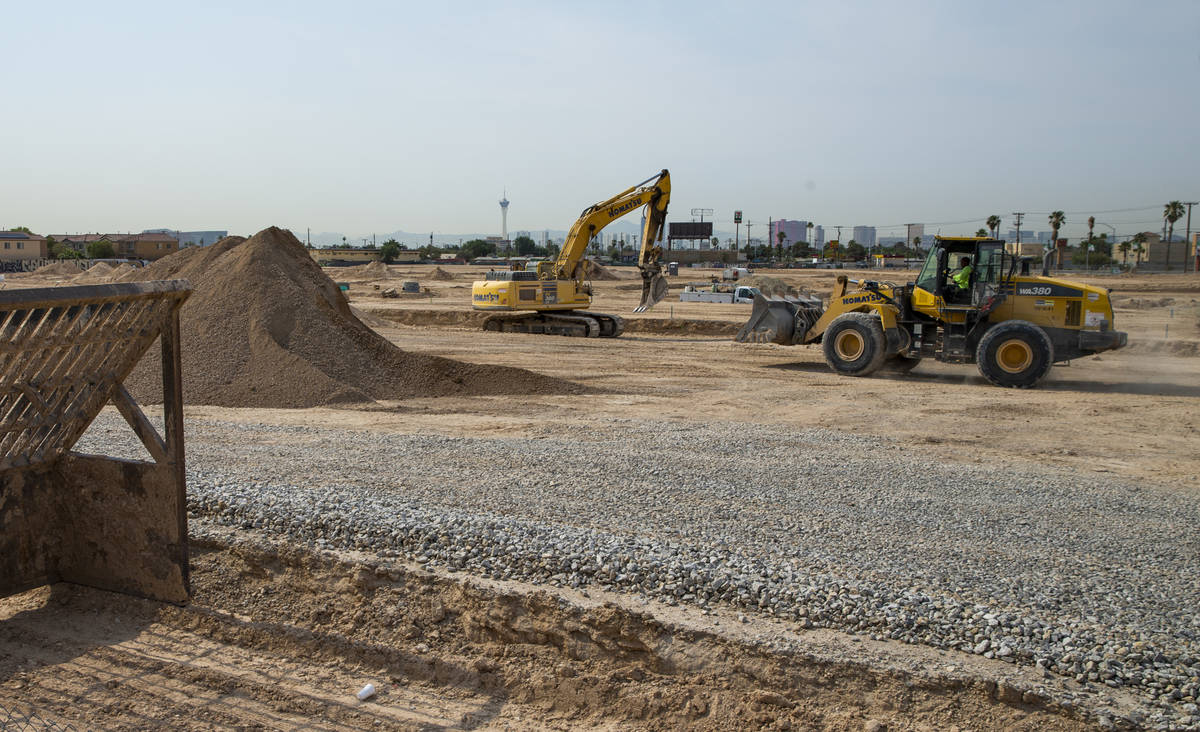 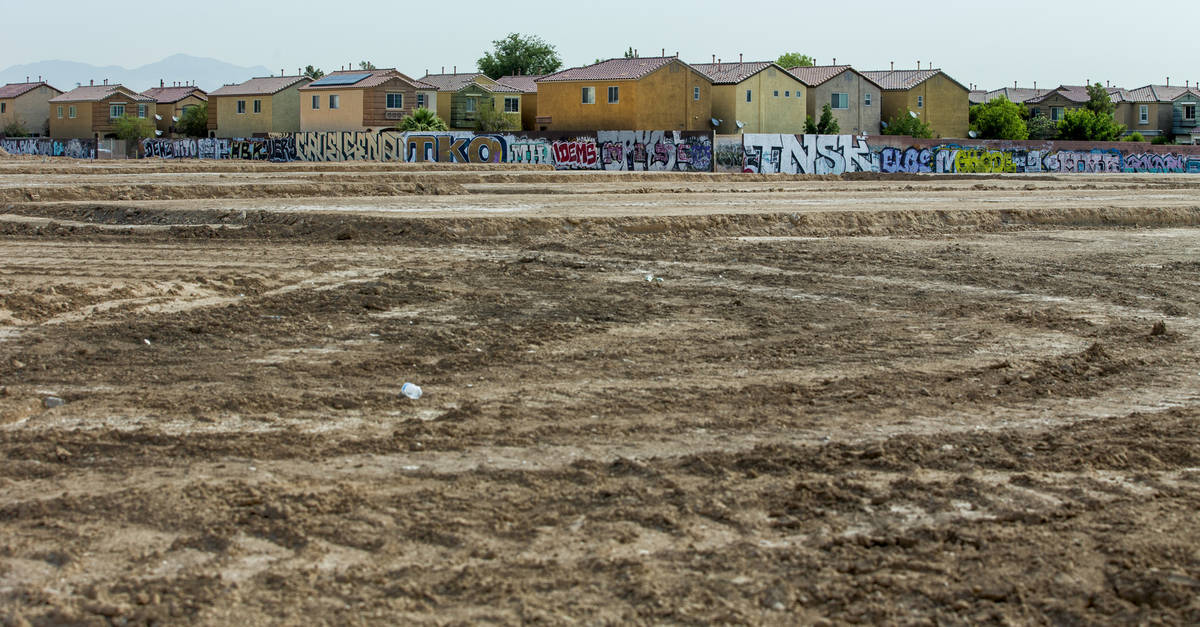 A graffiti-covered wall on the east side of the property still remains as construction begins on Arcadia by Harmony Homes off of Rancho Drive on Wednesday, June 15, 2021, in Las Vegas. (L.E. Baskow/Las Vegas Review-Journal) @Left_Eye_Images 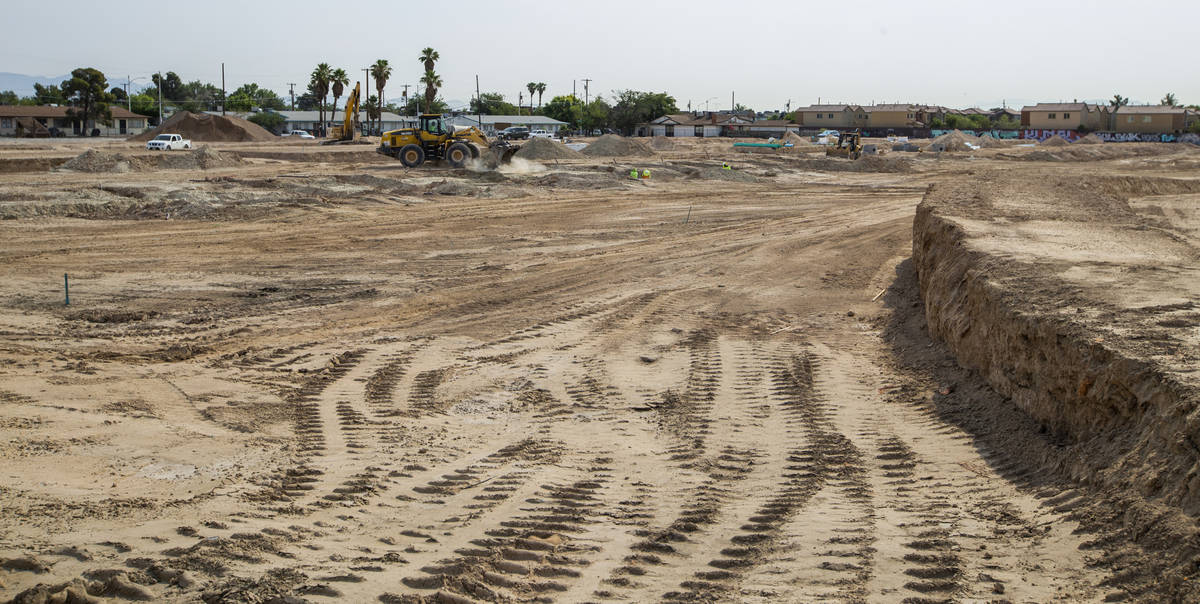 The land is cleared for Arcadia by Harmony Homes off of Rancho Drive on Wednesday, June 15, 2021, in Las Vegas. (L.E. Baskow/Las Vegas Review-Journal) @Left_Eye_Images

A spread of land once owned by Siegfried &Roy is now home to a rare sort of real estate project in Southern Nevada: an infill housing tract.

Harmony Homes is doing site work for a 234-unit townhouse development on Rancho Drive just north of Vegas Drive in the central Las Vegas Valley. It expects to begin building model homes this fall and to start sales early next year, according to Colleen Catania, sales and marketing manager at Harmony.

“We’ve got people on the waiting list already,” she said.

Las Vegas’ vacant land is heavily concentrated in its outer areas, and projects there are generally easier to develop than in urban neighborhoods, real estate pros have said. Moreover, there is no shortage of homebuyers in the valley’s outer-ring areas, which boast some of the top-selling communities in the nation for builders and typically command higher home prices than older neighborhoods.

Las Vegas-based Harmony, however, is banking on offering lower prices at its townhouse complex in a market that has seen a rapid runup in home values lately.

Prices at the project, Arcadia, are expected to start in the low $200,000-range, according to Catania.

“We want to make it affordable,” she said.

The last major housing tract in the 89106 ZIP code, in which Arcadia is located, was probably more than a decade ago, according to Brian Gordon, a principal with Las Vegas consulting firm Applied Analysis.

“Builders tend to migrate toward the path of least resistance,” he said.

Harmony acquired its project site in 2018, property records show. According to Catania, the firm hoped to break ground sooner but encountered substantial sewer and drainage issues.

The land has traded hands multiple times over the years. In a very Vegas twist, its past owners include the late famed magicians Siegfried Fischbacher and Roy Horn, who sold the land in 2007, property records indicate.

Southern Nevada housing tracker Andrew Smith, president of Home Builders Research, noted that cities older than Las Vegas get plenty of infill development, as there is no room to grow on their outer edges, and figures maybe up to a dozen or so small infill housing tracts have popped up in the valley over the last three or four years.

Still, he has wondered when Las Vegas will reach a point that suburban land prices get too expensive or available parcels get depleted, leaving infill projects as developers’ only option.

Councilman Cedric Crear, whose ward includes Arcadia, also noted there is “not a lot of open space” in his district. But he figures more infill construction could pop up in Las Vegas, given that the valley is surrounded by natural barriers to development: mountains.

“At some point,” Crear said, “we can only build out so far.”