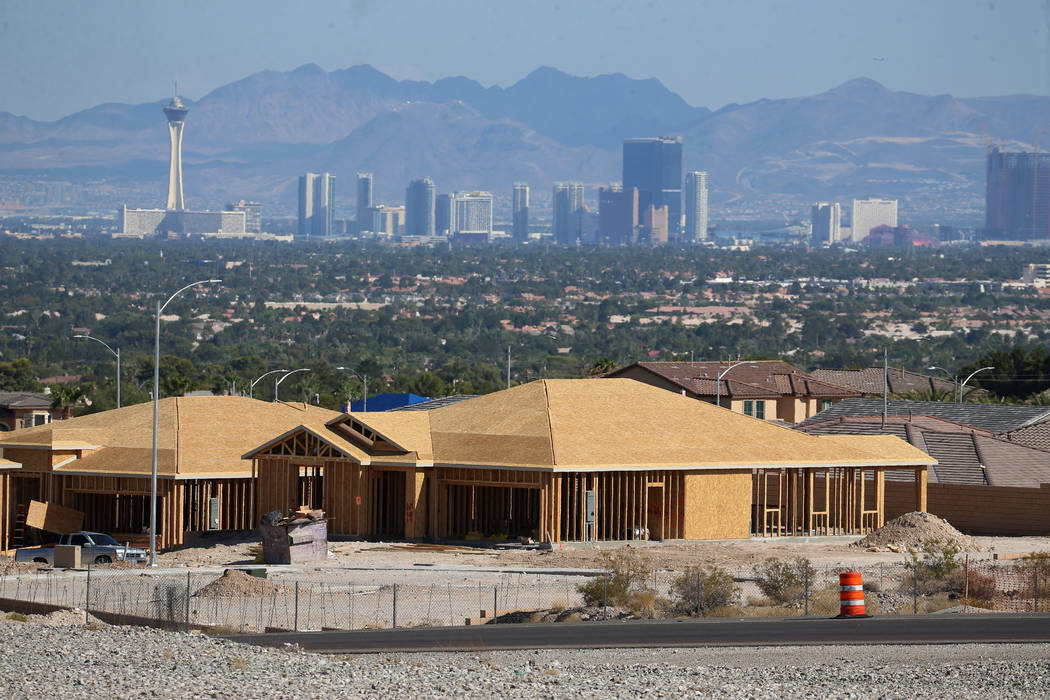 The streak is over.

Phoenix nudged Las Vegas aside to claim the fastest-growing home prices in the nation in June, ending Southern Nevada’s yearlong reign at the top amid slower acceleration locally and nationally, a new report shows.

Prices rose second fastest among the 20 metropolitan areas in the report, behind Phoenix at 5.8 percent. Before it got bumped aside, Las Vegas topped the Case-Shiller list for 12 consecutive months.

Locally, home prices still are outpacing the national average but aren’t climbing nearly as fast as they were last year. In August 2018, Southern Nevada prices were up nearly 14 percent from a year earlier, S&P Dow Jones previously reported.

It’s just one sign of Las Vegas’ housing cooldown. Builders are selling fewer houses than they were last year, and the region’s once-depleted tally of available listings on the resale market has shot back up.

Price growth has slowed around the country as well. In June 2018, U.S. prices were up more than 6 percent from a year earlier.

However, buyers have “become unwilling to pay escalating prices for the relatively low inventory of homes that are on the market” and are making sellers wait or drop their prices, he added.

Ralph McLaughlin, deputy chief economist at CoreLogic, said in a statement that tumbling interest rates have only led to a jump in mortgage refinancing, not home sales.

About 7,800 houses were on the market without offers at the end of July, up 63 percent year-over-year, according to the Greater Las Vegas Association of Realtors.

Moreover, builders closed 5,042 sales of single-family houses in Southern Nevada this year through July, down 5 percent from the same seven-month stretch in 2018, according to Home Builders Research.

The single-family house remains builders’ best-selling product in Las Vegas, but buyers who want new construction have been gravitating toward condos and townhomes, which typically are less expensive.