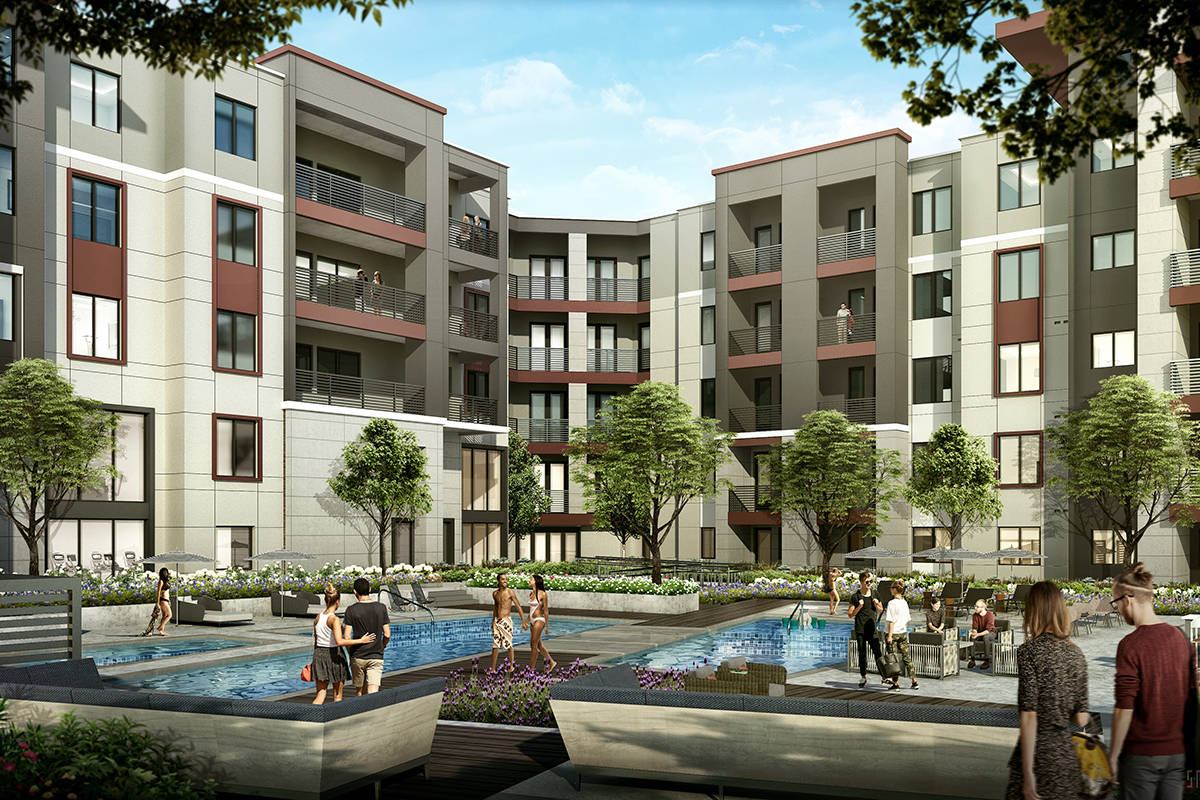 Las Vegas developer The Calida Group plans to open the 368-unit Elysian at Hughes Center apartment complex, a rendering of which is seen here, this fall. (OneSeven Agency)

One of the biggest apartment developers in Southern Nevada plans to open an upscale rental complex at the Hughes Center office park this year.

The Calida Group announced Wednesday that its 368-unit Elysian at Hughes Center project is slated to open this fall and that preleasing would start in late August.

The complex will include a “sky lounge” and a clubhouse that features a golf simulator, fitness studios, tanning rooms and custom murals from local artists, according to the news release.

Las Vegas-based Calida, led by founders Eric Cohen and Doug Eisner, built the complex at the northern edge of the 68-acre office park a mile east of the Strip.

It bought the 6-acre project site for almost $15.9 million from Hughes Center landlord The Blackstone Group in 2017 and broke ground around January of last year.