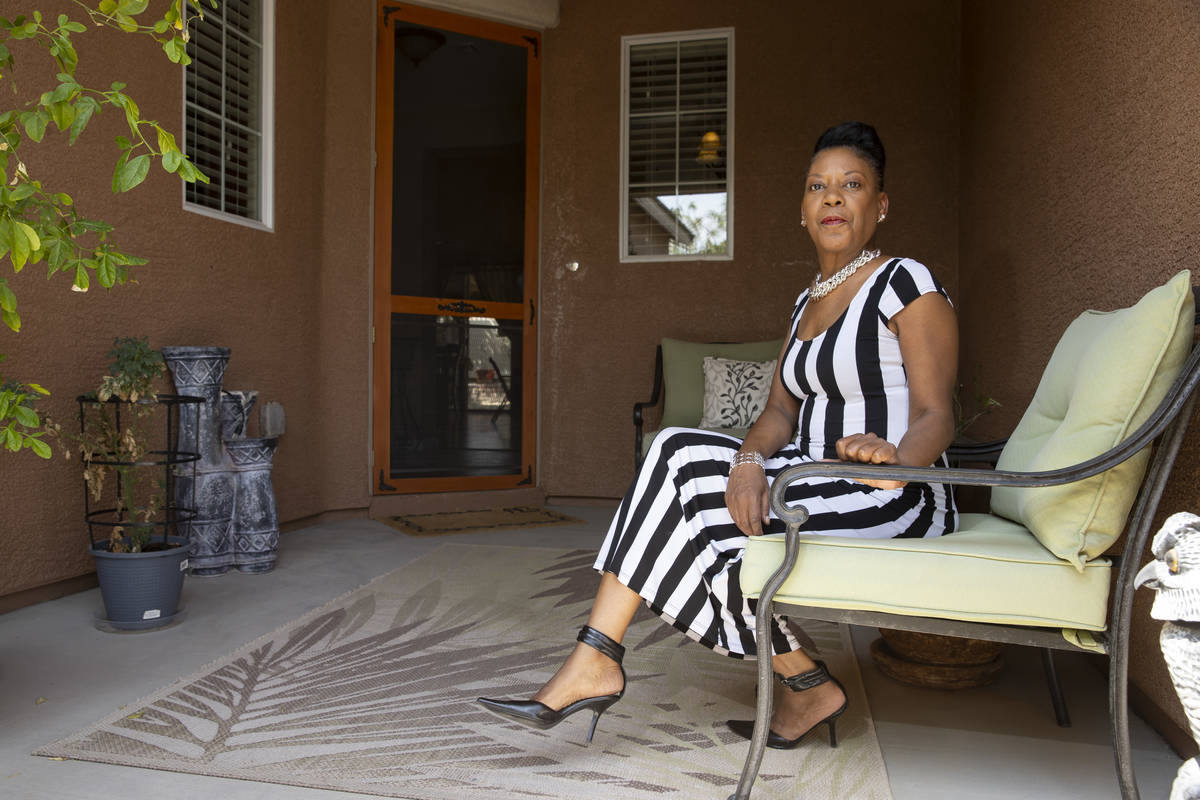 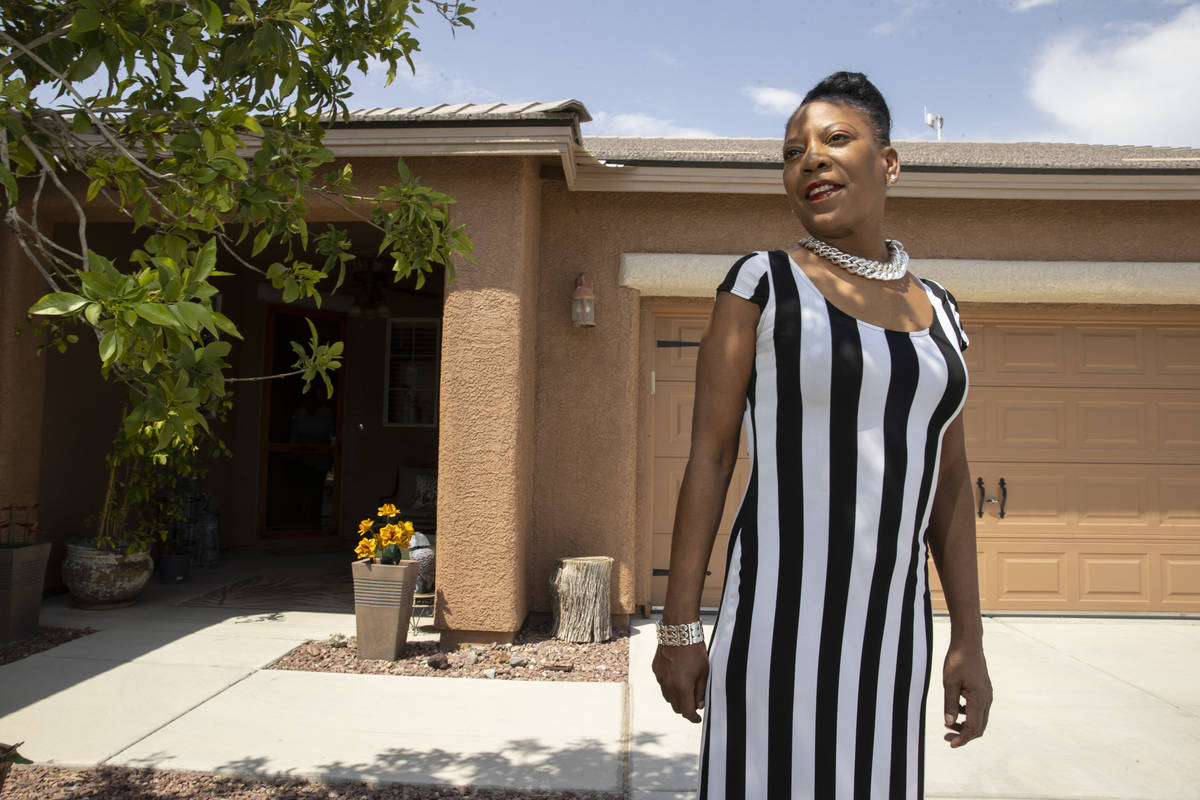 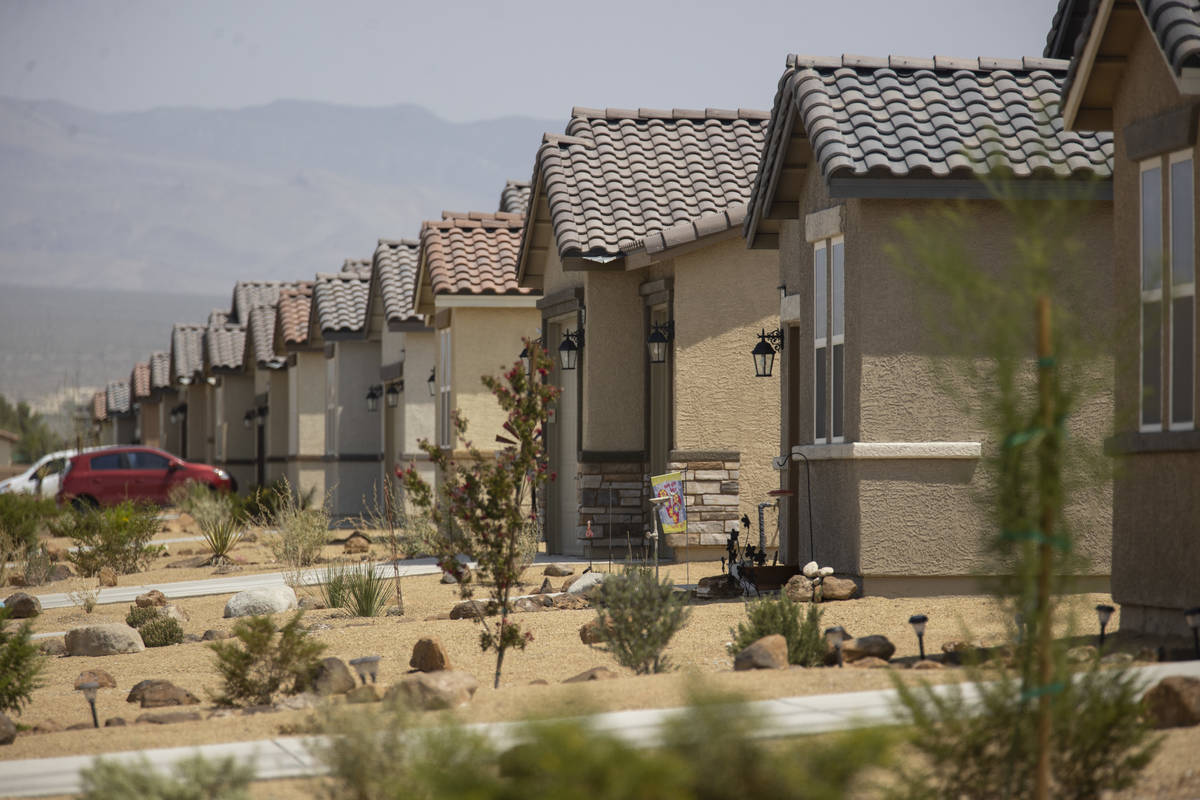 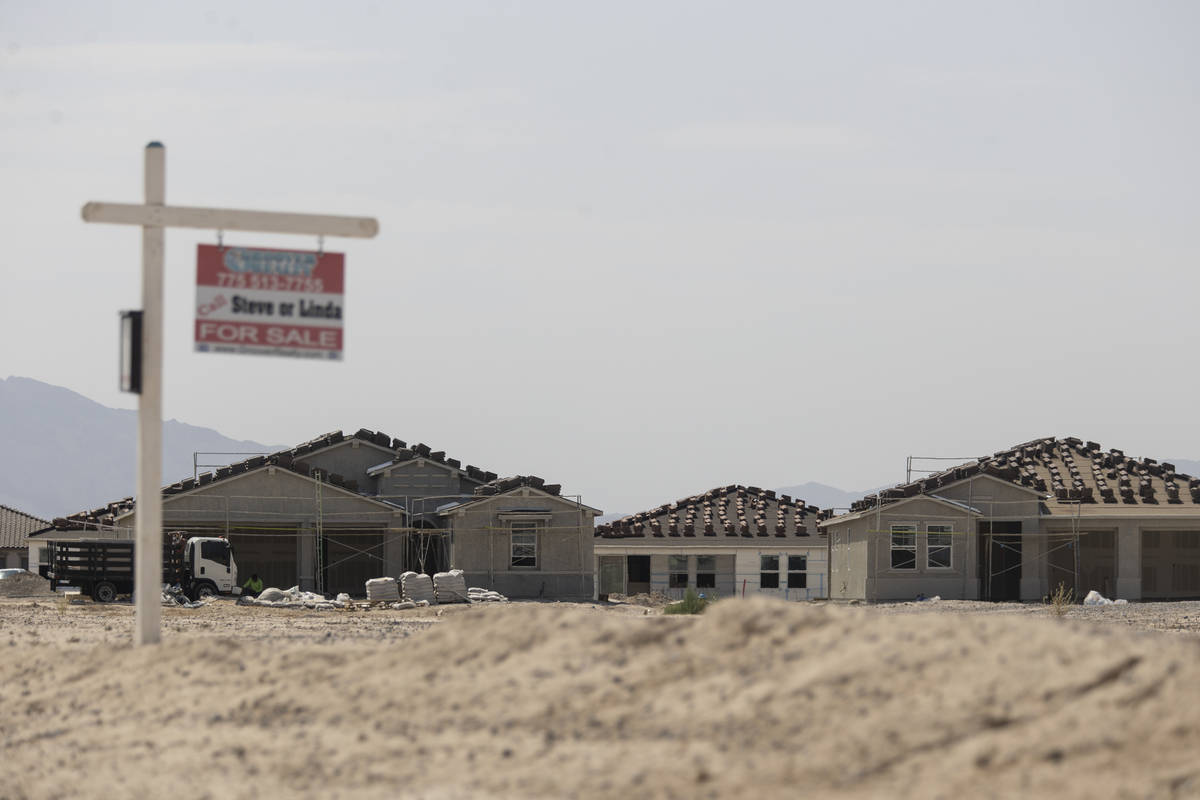 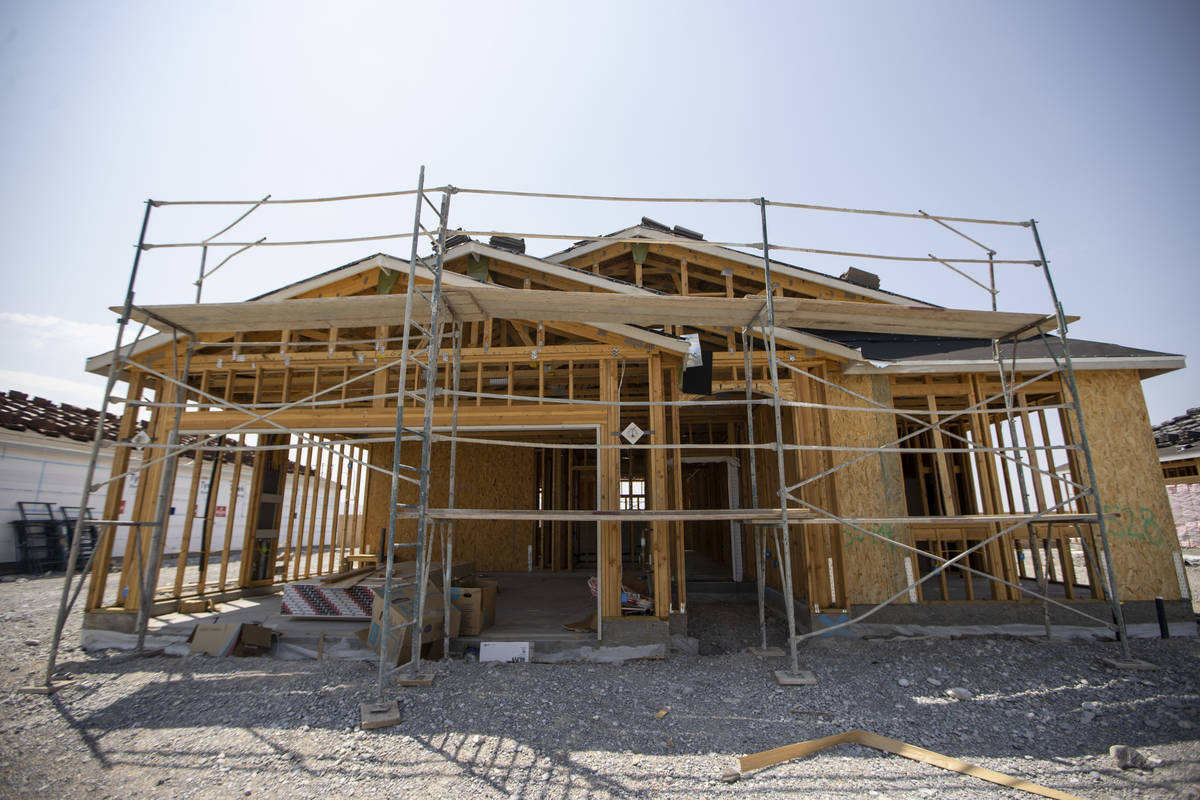 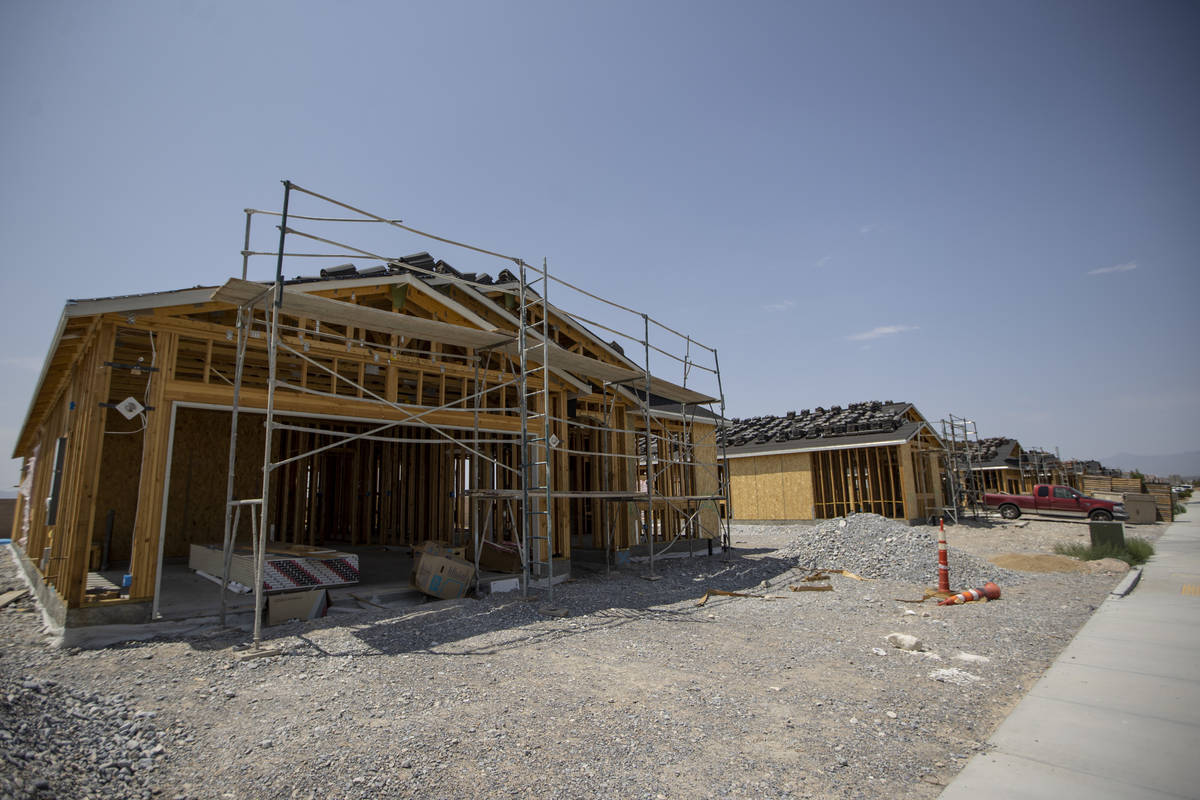 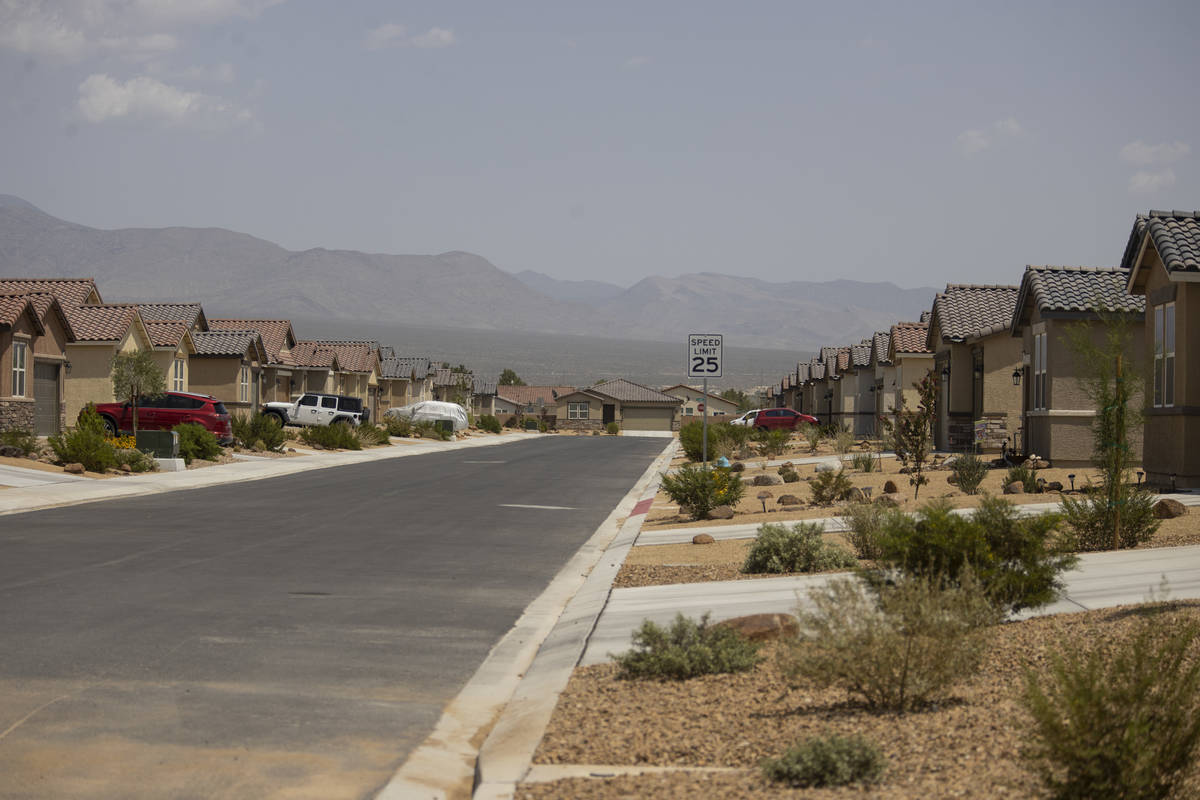 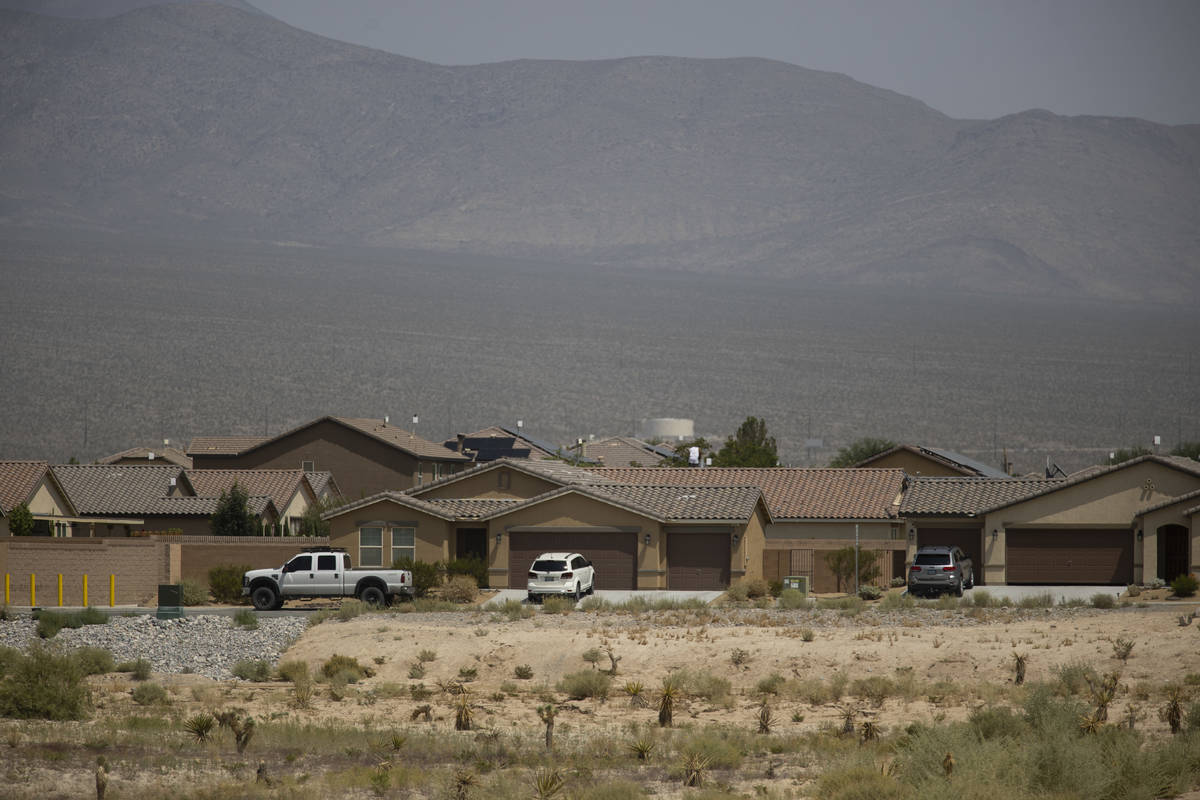 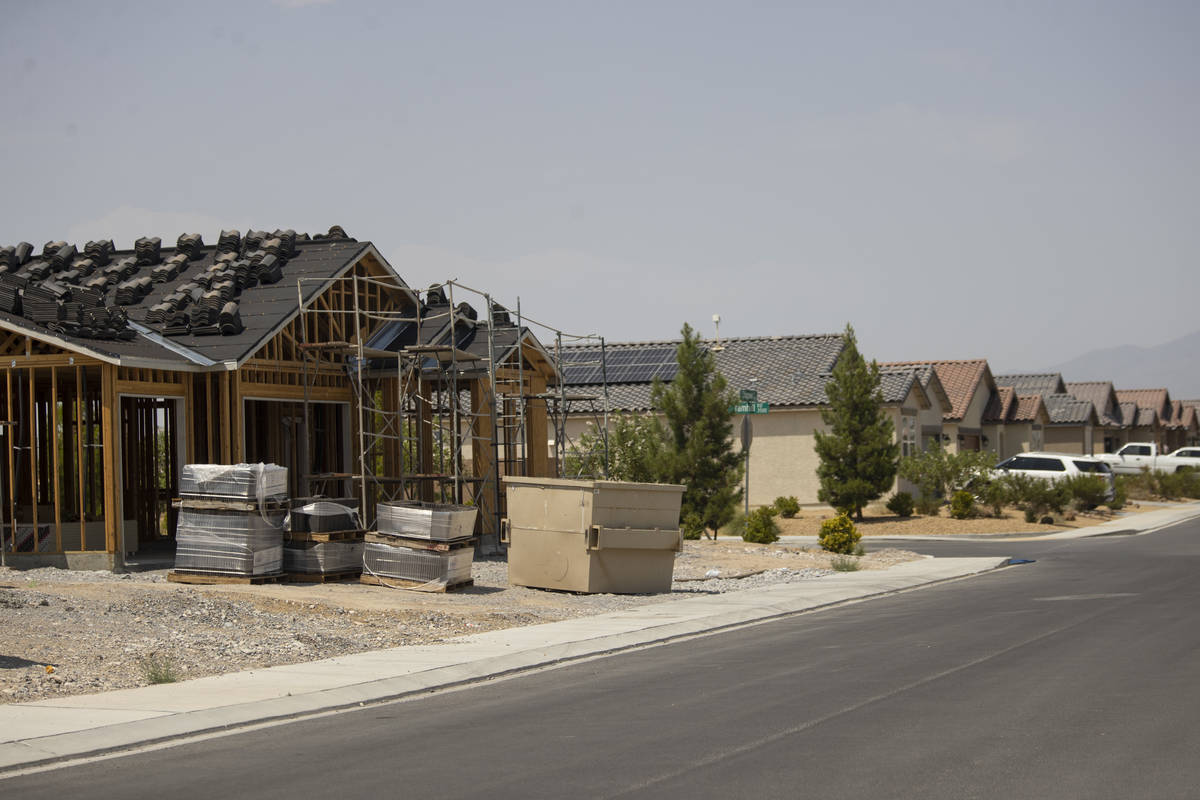 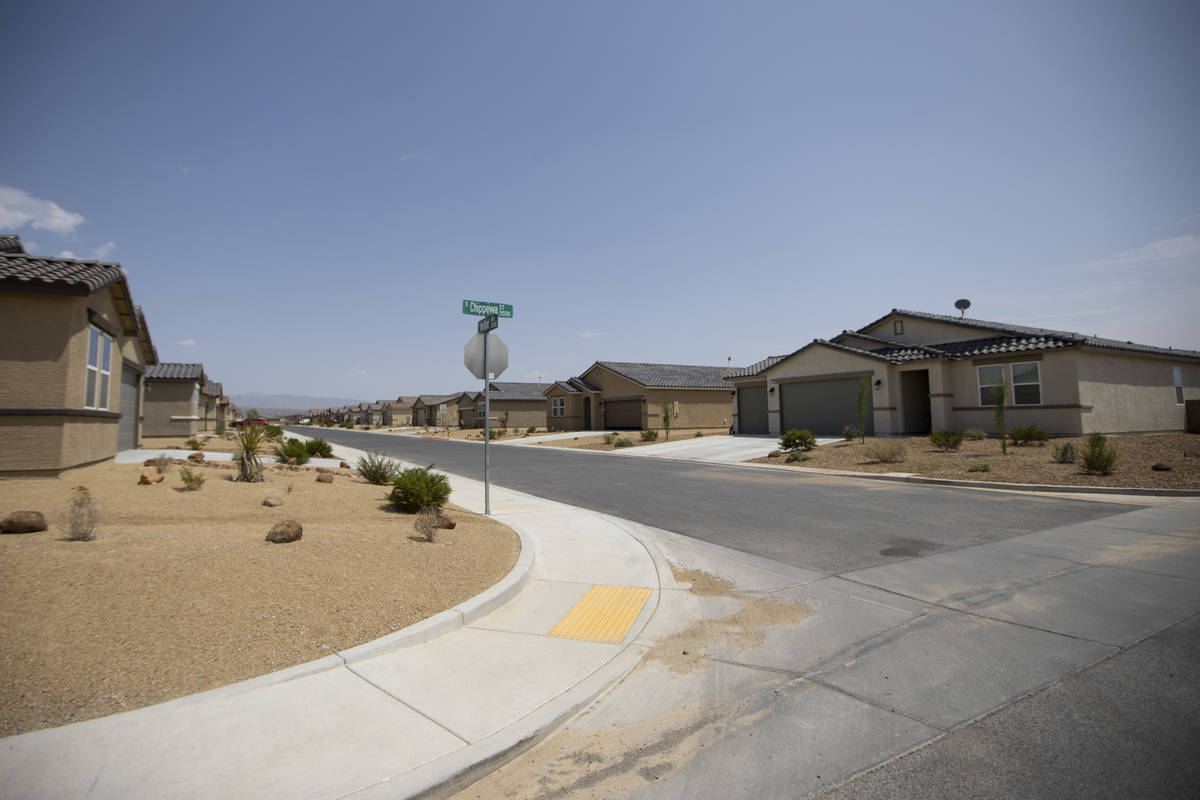 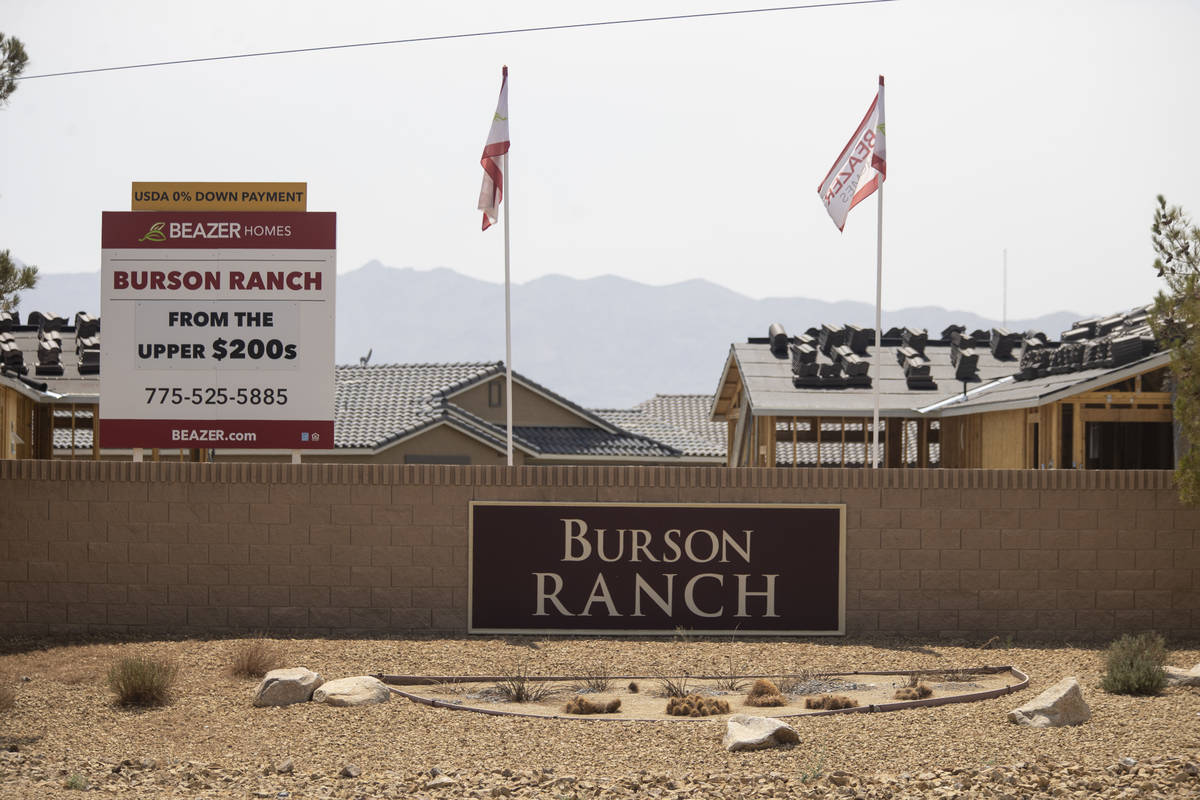 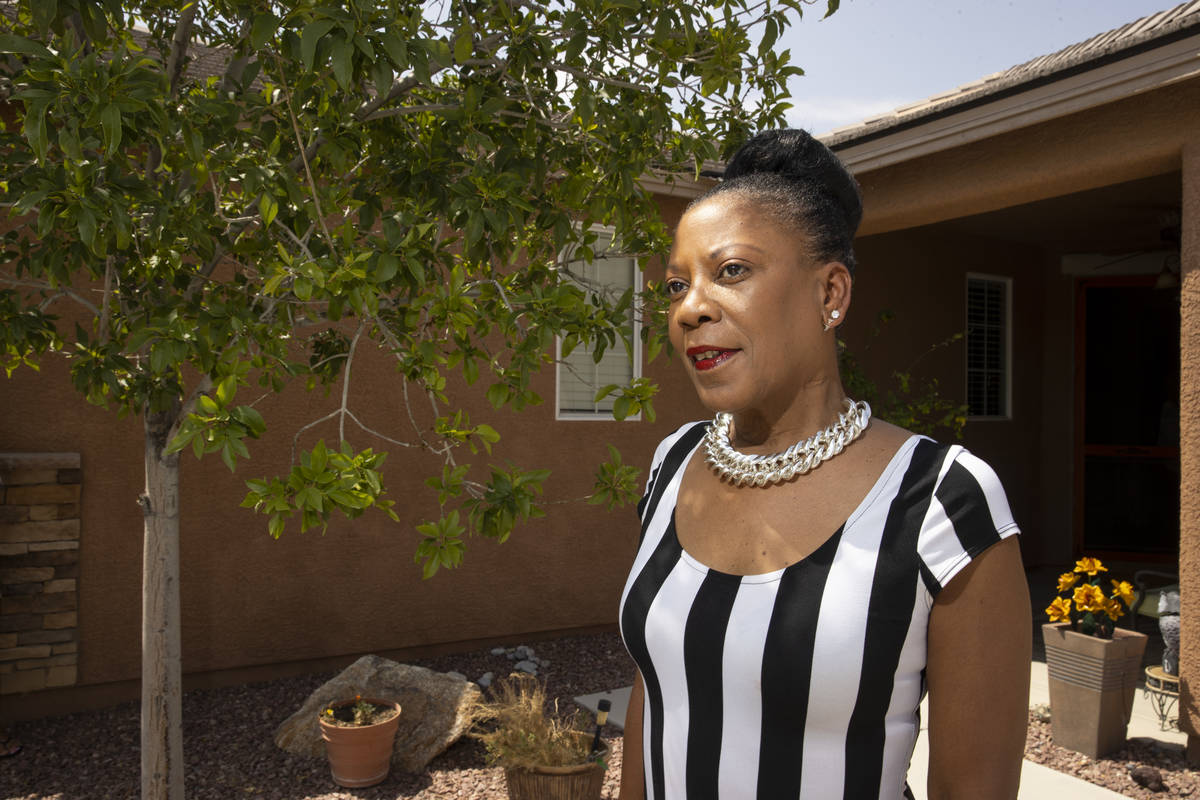 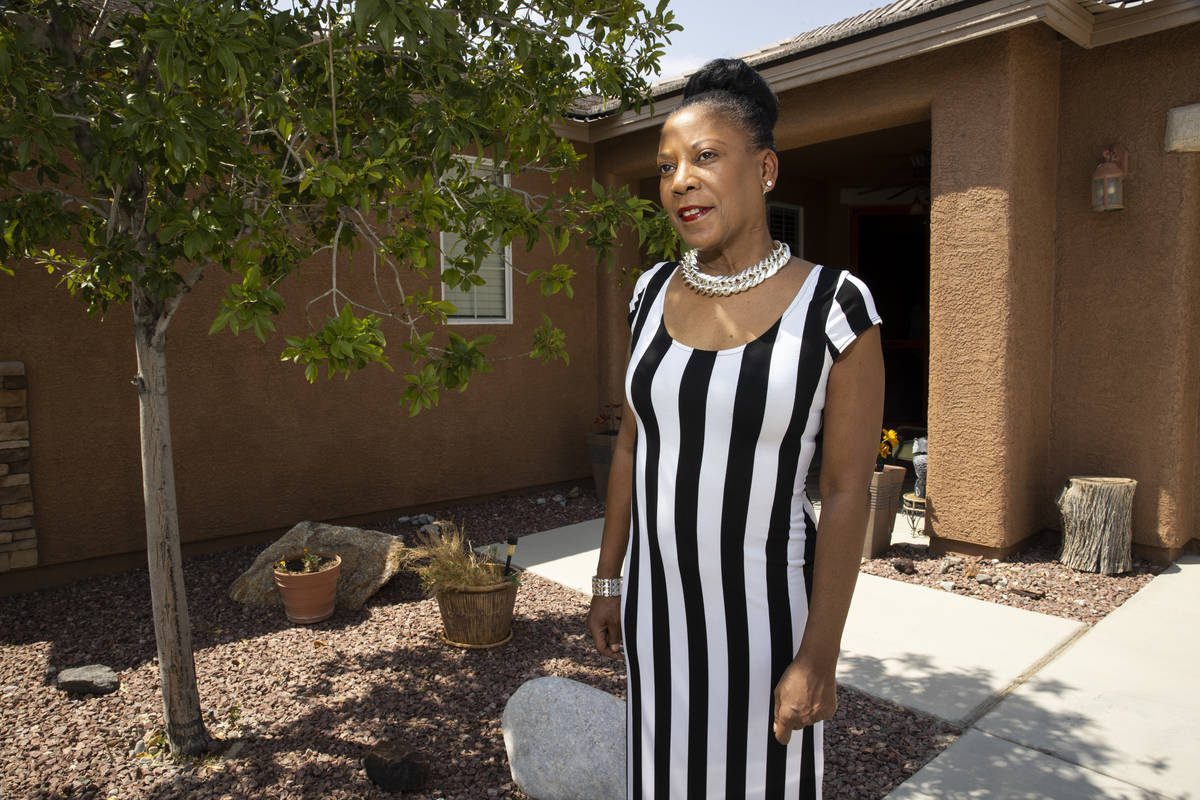 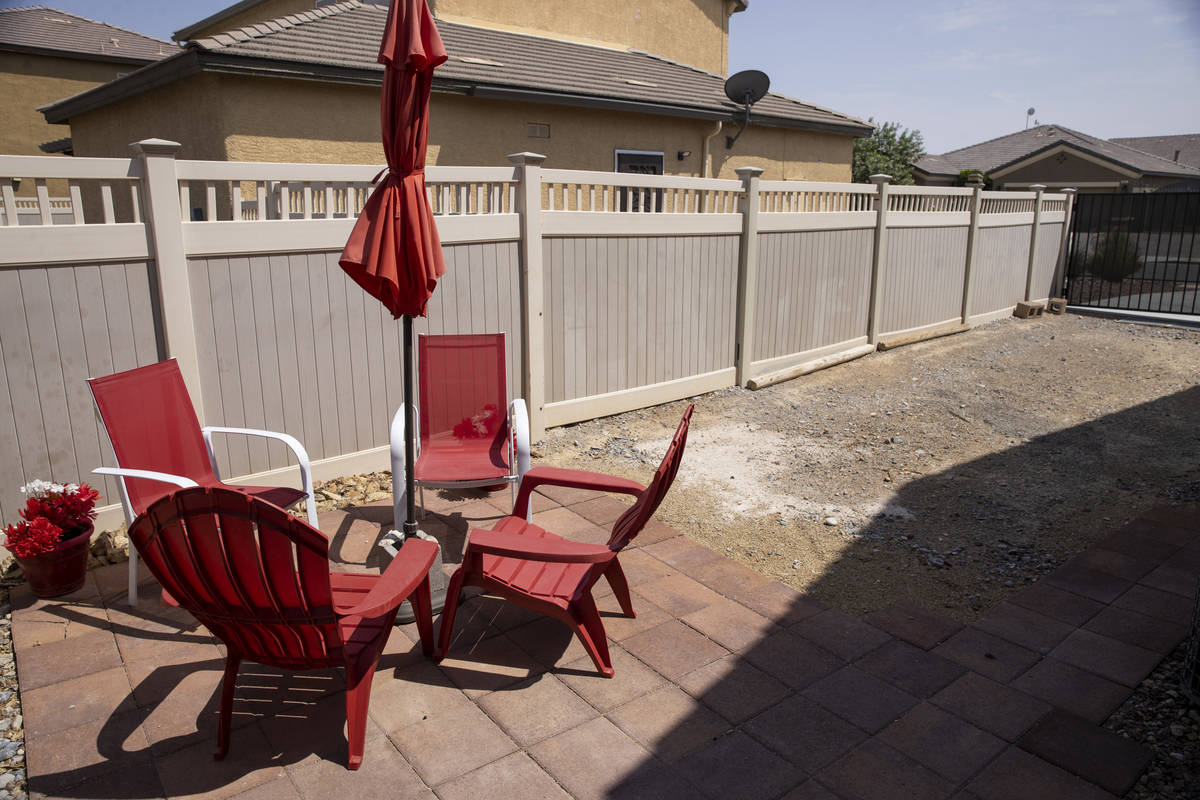 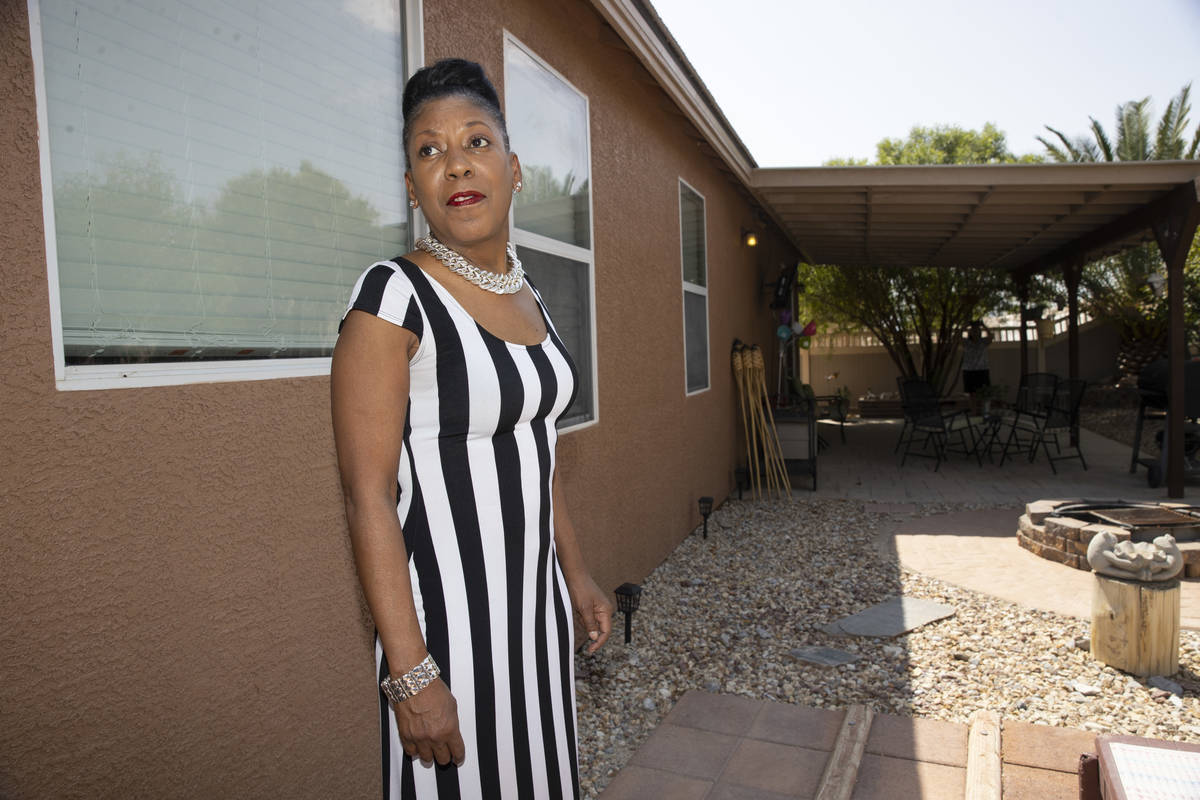 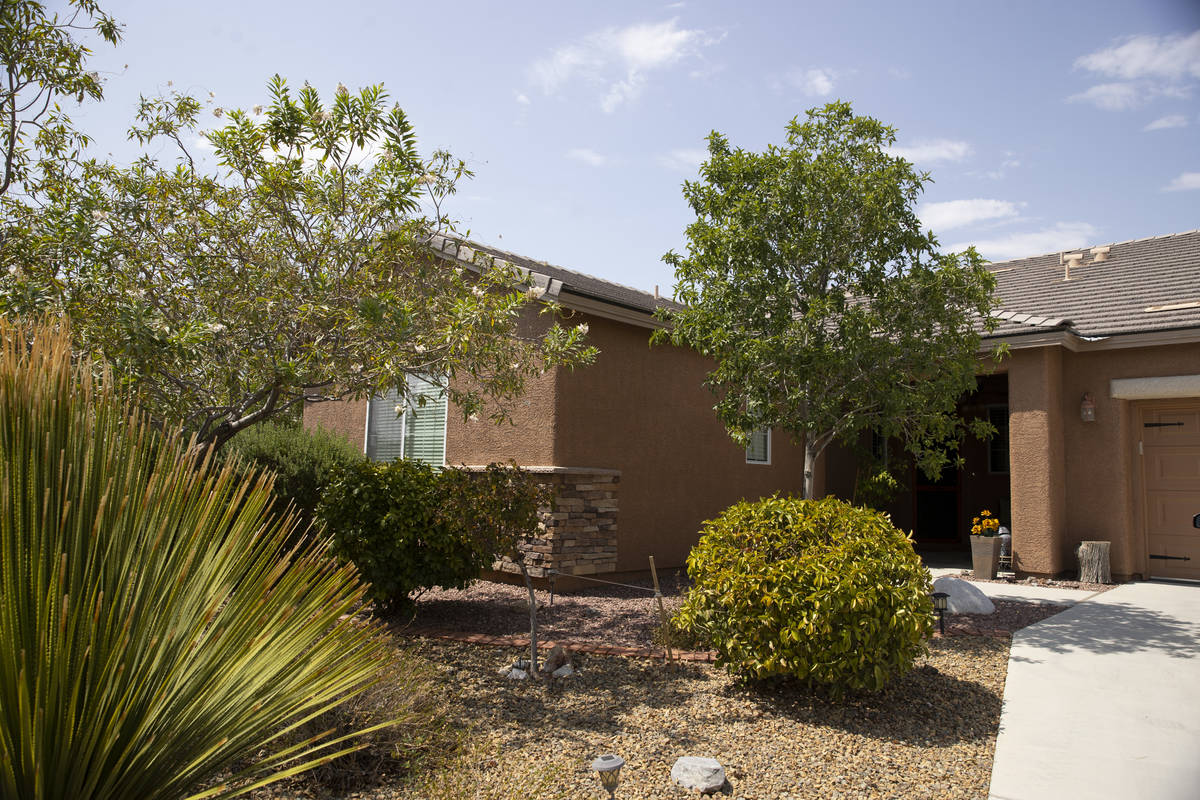 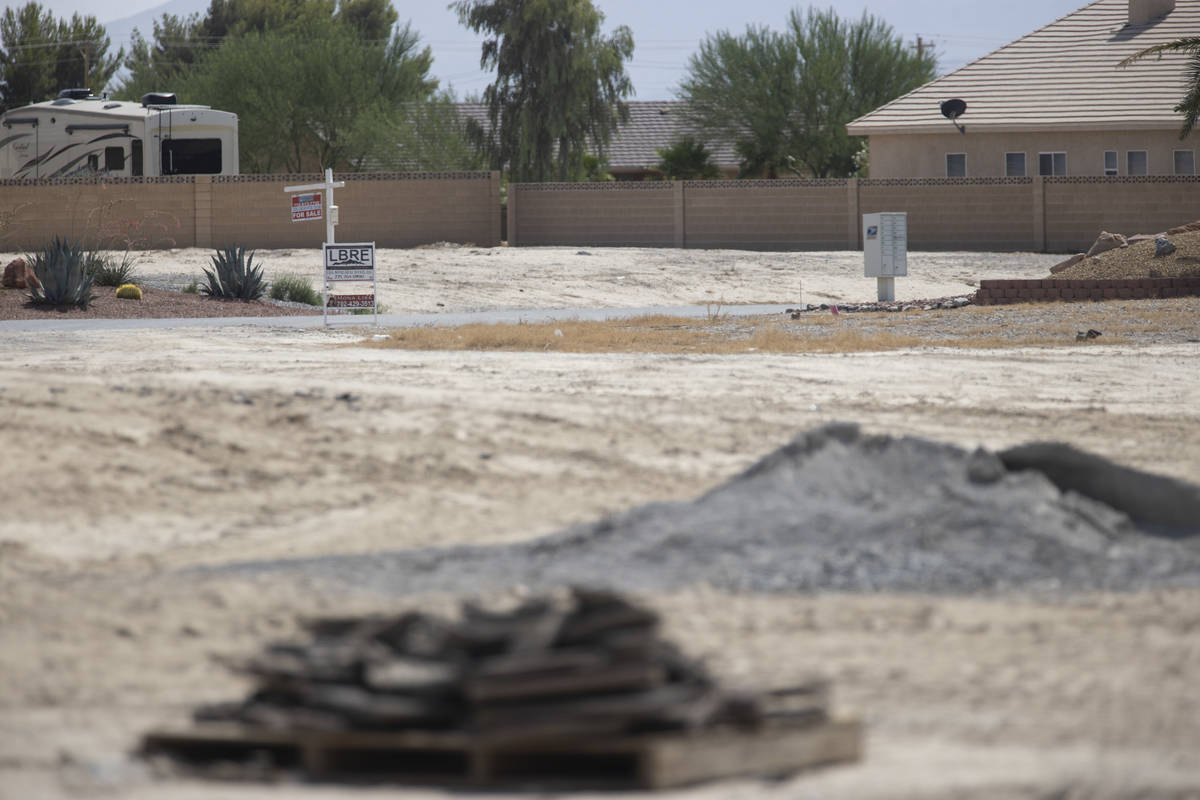 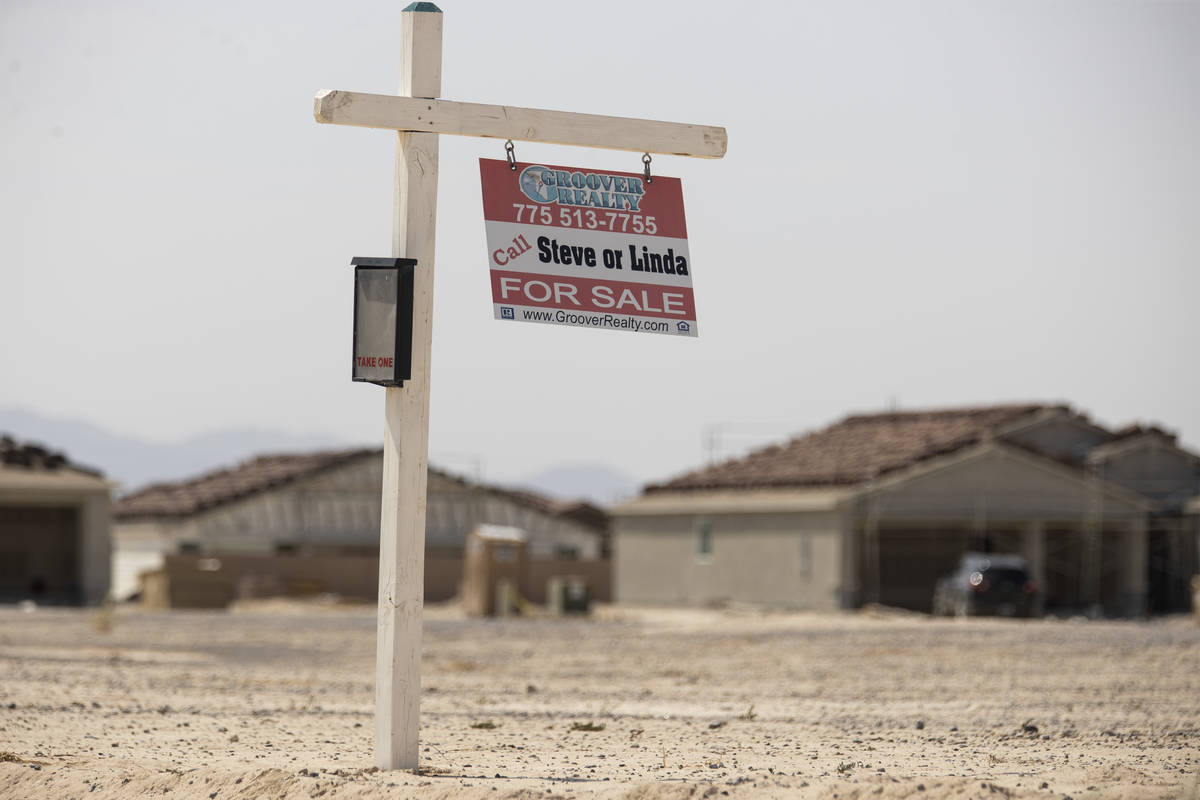 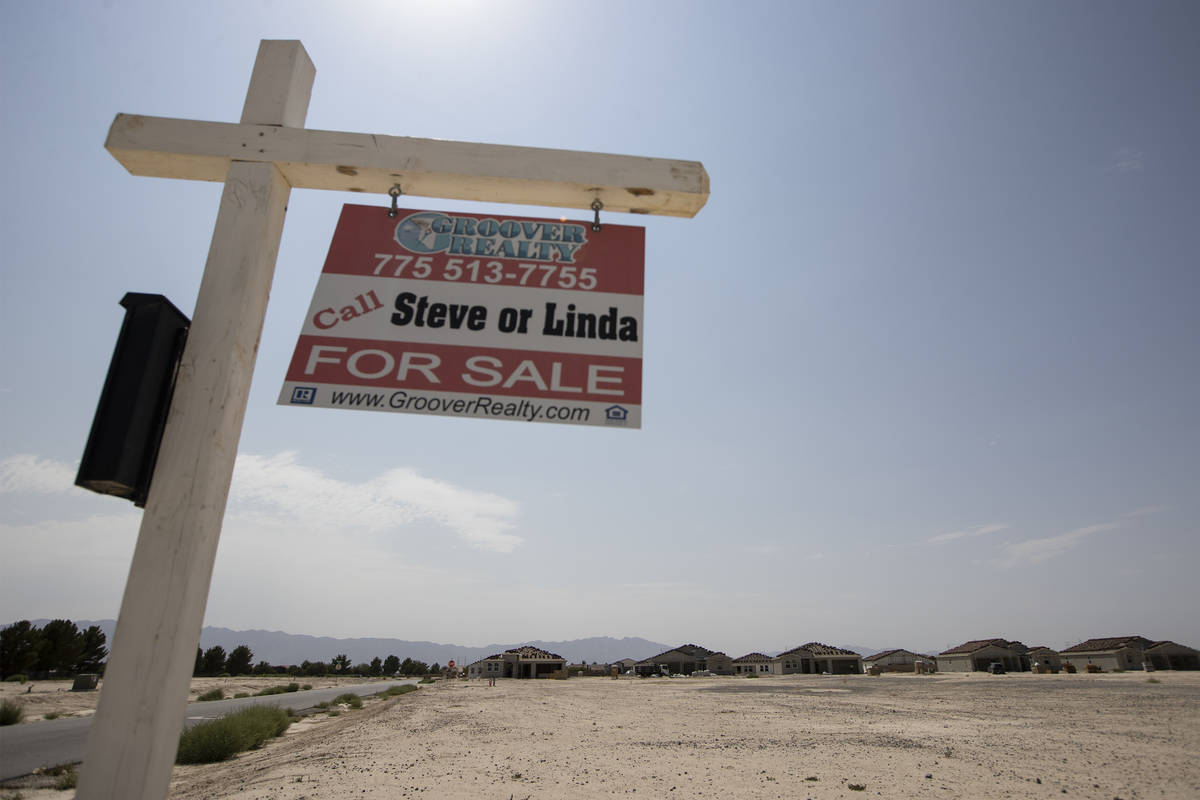 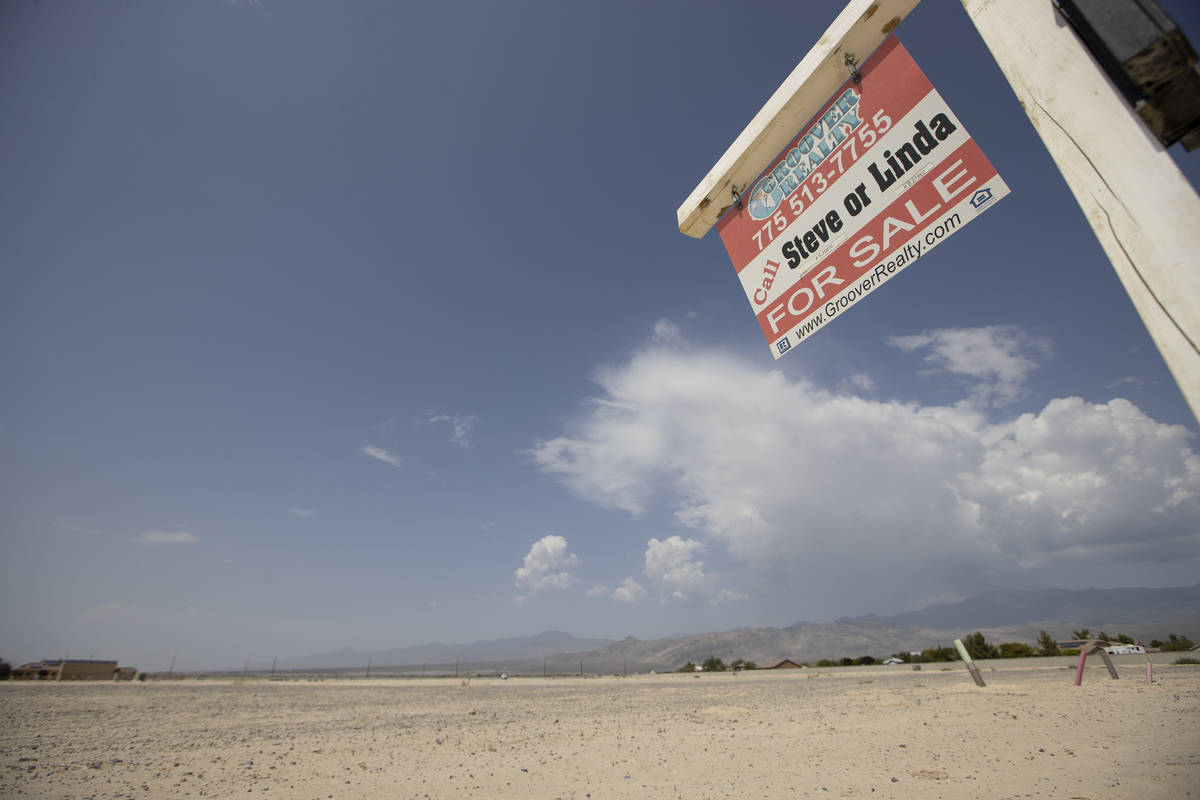 PAHRUMP — When Teresa Washington was house hunting in the Las Vegas Valley this spring, she kept striking out at buying a place, no matter how much money she offered.

She looked at about 20 homes, and even when she tried to pay $10,000 over the asking price, she was outbid by tens of thousands of dollars. Sometimes she would drive around to look at homes and learn hours later the sellers went with someone else, she recalled.

Frustrated with the frenzy, the 60-year-old clinical coordinator ended up looking in Pahrump. Washington had never been to the rural town some 60 miles west of the Strip, but she found a house in her price range with plenty of space and bought it without a bidding war.

After 15 years in the Las Vegas area, she said, she is “happy as a peacock” in her new community.

Las Vegas’ housing market has accelerated over the past year with rapid sales and record-high prices, thanks largely to rock-bottom mortgage rates that have let buyers stretch their budgets. People have flooded houses with offers and routinely paid over the asking price, and builders have put buyers on waiting lists, regularly raised prices, taken bids for lots, and in some cases even drawn names to determine who gets to buy a place.

It has become increasingly difficult to purchase a home in the Las Vegas area, increasingly expensive, and, some fear, increasingly unaffordable. And now, industry sources said, more buyers than usual in America’s casino capital are turning to Pahrump.

‘More for your money’

By all accounts, there isn’t a surge of people from Las Vegas buying homes in Pahrump. But brokers and builders here say that a rising tally of house hunters in the Las Vegas area, including retirees and commuters, have been looking west over the Spring Mountains.

Pahrump, an unincorporated town in Nye County, has been known for its history of libertarian leanings, widespread gun ownership and legal brothels outside of town, not to mention open space, plenty of retirees and an overall slower pace of life.

The town saw a drop in home sales and homebuilding activity last year after the pandemic hit, but like countless other areas across the country, its housing market has since heated up. Pahrump doesn’t offer nearly as many job opportunities or amenities as Las Vegas, though when it comes to housing, it has lower prices, big lots and less competition.

“You get more for your money here,” said Guin, of Nevada Realty.

Overall, buyers picked up 628 houses and mobile homes in Pahrump this year as of Aug. 10, up from 522 all last year, according to data pulled by Pahrump broker Norma Jean Opatik, owner of Realty Executives in Action.

Opatik said she gets about four calls a week from people in Las Vegas, where she contends buyers are getting priced out or can’t seem to find a house that suits their needs amid heavy competition.

In Pahrump, homes have sold over the asking price in the past year, and sellers have fielded multiple offers, but bidding wars aren’t as frequent as they are in Las Vegas, according to Opatik.

Pahrump Valley Properties owner Michael Selbach has regularly seen buyers from Las Vegas over the years, but there are more than usual now, he said, adding he seems to be getting a lot from Henderson.

Some people want to leave Las Vegas because they feel it’s too big and crowded, though some buyers are having a hard time purchasing a house in the growing metropolis, he said.

Home construction has also increased in Pahrump, as builders pulled 275 single-family residential building permits this year through July, up nearly 80 percent from the same stretch in 2020, Nye County figures show.

At homebuilder Shadow Mountain Construction, anywhere from 15 families a week from Las Vegas come in or call to talk about buying a house, office manager Stephanie Avena said.

He said that its prices there are $150,000 to $200,000 below a comparable home in the Las Vegas area and that people from the Las Vegas Valley have sold at high prices and purchased a home in Pahrump for less, letting them sock away the savings.

“We are seeing more and more interest in the Pahrump market,” Gomez said.

In Las Vegas, the housing market has reached its most frenzied pace in years despite the coronavirus pandemic’s devastating and lingering effect on its casino-heavy economy.

House prices have been hitting new all-time highs practically every month, and homes have sold rapidly, thanks largely to cheap borrowing costs and more out-of-state buyers than usual. Many of the newcomers have left more expensive markets such as California to purchase bigger, less expensive homes in the Las Vegas Valley and work remotely.

The median sales price of previously owned single-family homes — the bulk of the market — was a record $405,000 in July, up nearly 23 percent from a year earlier, trade association Las Vegas Realtors reported.

Moreover, 89 percent of the houses that traded hands last month had been on the market for 30 days or less, compared with roughly 60 percent of the sales in July of last year, according to the association.

Las Vegas agent Michelle Hardy-Rodriguez of Realty One Group said that she works with a lot of first-time buyers. Many of them work in tourism, and plenty are getting priced out of the market, she indicated.

“They can’t compete with the rising costs,” she said.

Hardy-Rodriguez worked with a client who bought a house in Pahrump a few months ago. The client was tired of getting wait-listed by homebuilders in Las Vegas and purchased a new house in Pahrump without having to go on a wait list or enter a lottery, she said.

Simply Vegas agent Cassidy Cotten, who represented Washington in her Pahrump purchase, said the Las Vegas market has become unaffordable for some.

Competition is so fierce that if buyers can’t sweeten their bid with a cash-heavy offer, he said, they end up on a “merry-go-round” of seeing homes and trying to buy them.

All told, home values are starting to get into the “teetering spot of the market” for the average local buyer, Las Vegas Realtors President Aldo Martinez said.

If prices keep rising by $10,000 a month, as they have since spring, the market will be “really unaffordable,” he said.

Washington, who had been living in a Henderson rental house the past five years, went looking for a new place after her landlord decided to sell. She had two months to find a home.

Trying to buy a place in the Las Vegas area proved so frustrating that she wound up in Pahrump, after she looked online for smaller cities or towns in the Southern Nevada area.

The one-story, three-bedroom house spans almost 1,900 square feet, came with an above-ground hot tub in the backyard, and has enough room on the side of the house to park a motor home.

Washington, whose 82-year-old mom lives with her, said there aren’t many streetlights around, so at night, “you’ve got to know where you’re going.” Still, living in Pahrump is different and exciting, she said, adding it offers a mix of country and city living and is 45 minutes away from entertainment in Las Vegas, and the neighbors are friendly.

She also noted there is plenty of space between houses, as people aren’t crammed into subdivisions together.

“It’s beautiful,” she said. “I think that this will be the next Vegas, actually.”