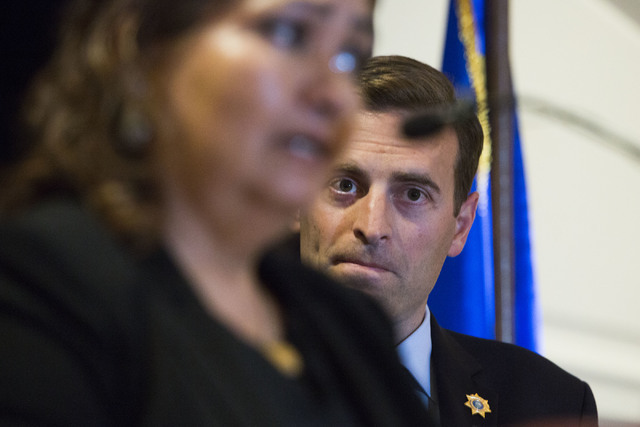 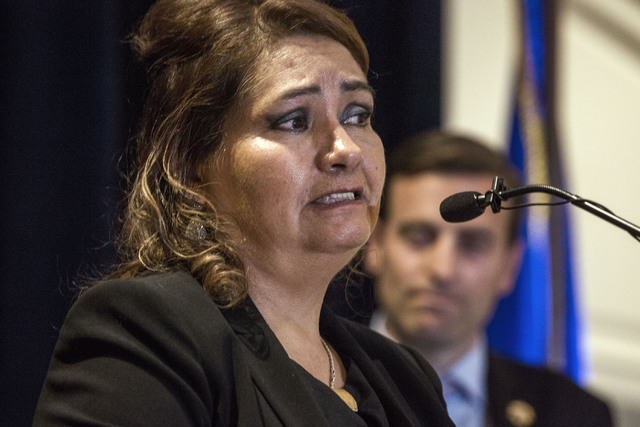 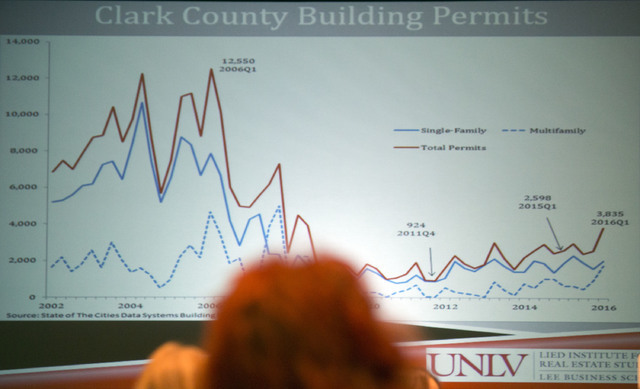 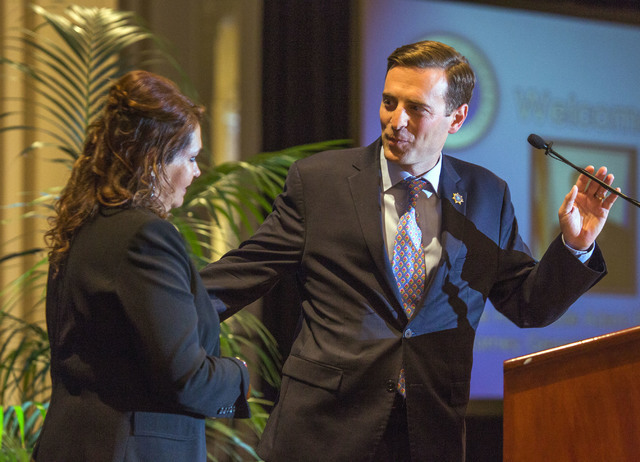 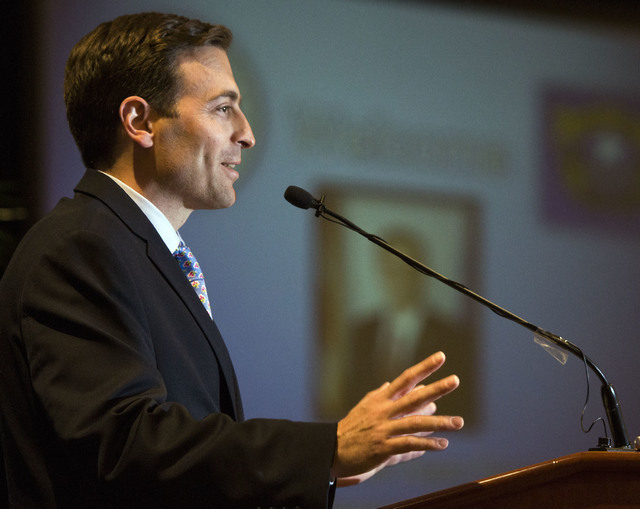 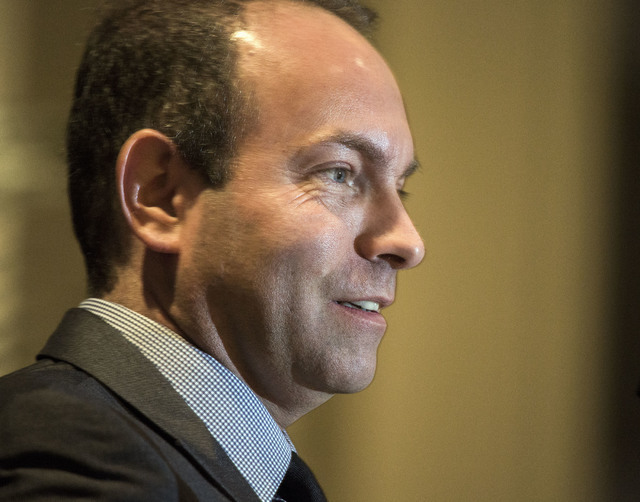 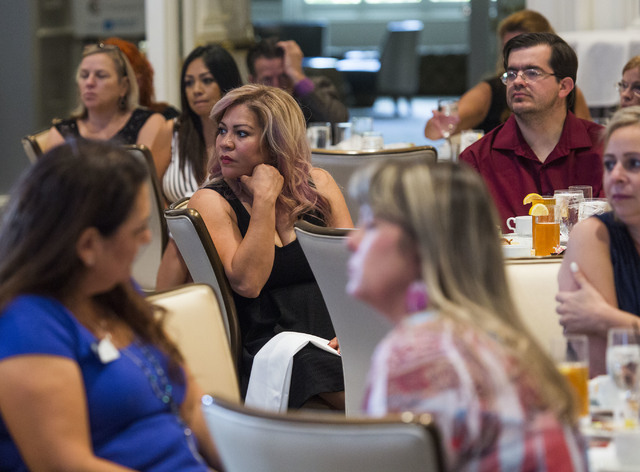 People listen while homeowner Rocio Rubio, not shown, speaks about how she almost lost her home during the 2016 Southern Nevada Housing Event for Realtors at the Four Seasons, 3960 Las Vegas Blvd., on Friday, June 10, 2016. (Jeff Scheid/Las Vegas Review-Journal) Follow @jlscheid 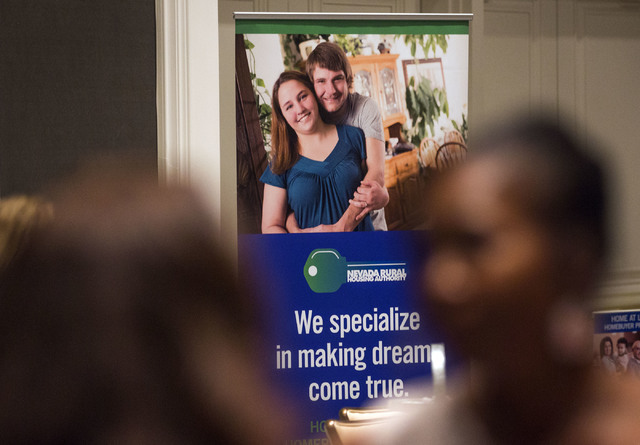 Rocio Rubio fought through the tears Friday, but that wouldn’t stop her from telling her story to Southern Nevada Realtors of how a home assistance program saved her life and how she wanted to spread the word about the program.

The 59-year-old casino attendant at Excalibur for 25 years couldn’t work for eight months in dealing with lupus, fibromyalgia and a broken left arm that required surgery and was slow to heal because of her illness.

With limited funds after being off work, Rubio couldn’t afford her $596 a month mortgage payment. A home that she lived in for 21 years was in foreclosure and about to be sold out from underneath her.

“You worked so hard for something and it’s going to be taken away from you,” Rubio said through an interpreter in Spanish. “My thought was to put a suitcase in my car and drive to Arizona and drive off a cliff.”

The story captivated Realtors who listed intently during the program billed as the Southern Nevada Housing Event For Realtors at the Four Seasons. The event was sponsored by the Greater Las Vegas Association of Realtors.

Rubio received more than $10,000 in federal funds through a program called the Hardest Hit Fund. That saved her home from foreclosure in April. She has recovered from her broken arm and returned to work and has made the last two payments on her 30-year mortgage.

Rubio said she wanted to tell her story because she wanted to let people, especially those in the Hispanic community, know that help was available.

In January, Rubio contacted Home Again: Nevada Homeowners Relief Program, a program launched in January 2013 by the Nevada Attorney General’s Office with funds obtained from the country’s major banks as part of the National Mortgage Settlement.

The state uses the Financial Guidance Center, a nonprofit approved by the U.S. Housing and Urban Development to administer the program. It’s a statewide resource available for Nevadans looking for guidance, recommendations, and assistance in accessing resources to deal with housing needs. That may mean down-payment assistance programs for first-time homeowners, credit restoration for those hurt by the housing crisis and foreclosure prevention programs.

“This program saved my life to be honest with you,” Rubio said during an interview afterward. “When I saw the foreclosure paper on my door, I got so depressed. I had been praying day and night. It’s not easy to lose your house. I have been working so hard, and to lose it because I was sick was so bad. I went back to work in March, and they helped me. It was a miracle.”

Michele Johnson, president and CEO of Financial Guidance Center, said it was difficult to help Rubio because she got her loan through a hard money lender rather than a bank, and they weren’t willing to work with her to resolve the problem.

“She had equity in her house, and they weren’t willing to do anything at all,” Johnson said. “There was nothing that was going to change their mind. It would be wrong for her to lose her house. There are so many resources available. Folks just don’t know about them.”

Rubio is preparing to refinance her mortgage to lower her payments and go through a bank to prevent a recurrence in dealing with the hard money lender.

“I think you can tell how powerful her story is, and the help that she received,” Johnson said about Rubio who had left the stage to a standing ovation from the Realtors. “It’s incredibly brave for her to be willing to talk about it.”

Before she gave an interview Friday on Spanish-language television, Rubio said she felt compelled to speak out after the help she’s received.

“They need to know that there’s always light at the end of the tunnel,” Rubio said. “That is what they do.”

Johnson told Realtors to remember Rubio’s story and let them know that can be an advocate for homeowners and prospective homeowners and make a difference in their lives by guiding them to the Home Again program.

Since the free resource launched in 2013, there have been more than 20,000 phone calls, Johnson said. Attorney General Adam Laxalt has extended it through June 17 to ensure more people that need it are helped by it, she said. In the first quarter, they counseled 1,591 people and helped 358 people homeowners received mortgage modifications. Another 419 took part in first-time homeowner education classes, she said.