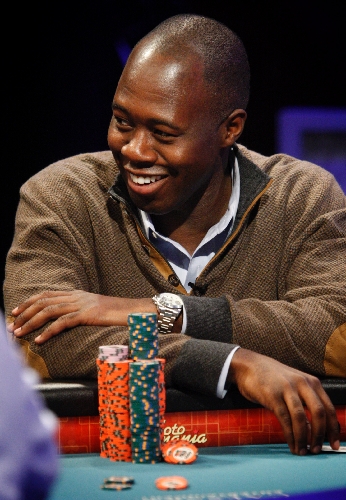 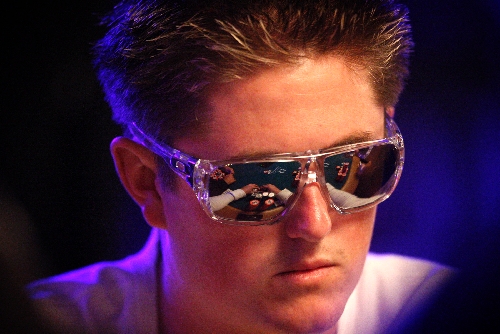 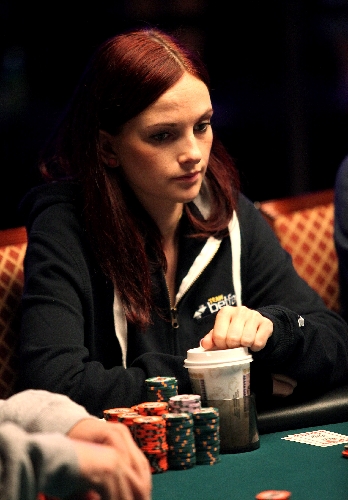 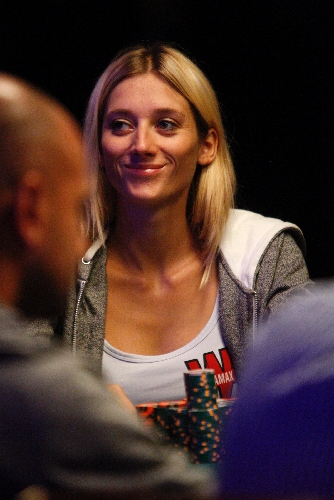 Although A.J. Jejelowo won’t be part of the Main Event’s final table at this year’s World Series of Poker, the gambling community and his friends view the 28-year-old medical researcher from Houston as a winner.

Jejelowo hoped to be onstage inside the Rio’s Penn & Teller Theater at the end of October with eight other players in the final table of the $10,000 buy-in No Limit Hold’em World Championship, competing for an $8.5 million payday.

Instead, the self-described recreational poker player has to settle for $106,056 and 66th place, as well as the admiration of his peers. He was eliminated from the Main Event on Sunday after 4½ hours of play.

During his time at the tables, Jejelowo – who actually held the chip lead early in the tournament – rose from his 19th place starting position Sunday up to fourth after some early hands. His biggest pot was worth almost 2 million in chips and gave him nearly 5 million total.

"I was running white hot early on and at key moments," Jejelowo said before taking his seat at the secondary ESPN feature table in the Rio’s Amazon Room.

However, two tough beats in the span of a few hours diminished his chip stack. He held on for a few more hands and increased his payout by roughly $20,000.

"That’s really how A.J. plays. He’s aggressive," said Chris Abramski, a professional poker player who used to play small-level cash games with Jejelowo in Houston when they were both learning the game.

"He would pick up copies of poker magazines and tell us he was going to be on the covers some day," Abramski said. "You know what? I believe him now."

Jejelowo, who has a degree from Johns Hopkins University in Baltimore, works as a medical researcher in Houston on a grant from the American Heart Association. He is looking into characterizing calcified nodules in patients that have suffered from a narrowing in the aortic valve.

On weekends, he plays in poker tournaments in neighboring Louisiana casinos.

"I play around my work schedule," Jejelowo said. "I look for tournaments and cash games."

Coming into the Main Event, Jejelowo had two cashes to his credit, both in Circuit events at Harrah’s New Orleans. Last year, he won the Circuit’s $10,000 buy-in Regional Championship for $235,956.

Even with that victory, he didn’t consider himself a professional poker player.

"I had good cards and good table draws," Jejelowo said. "It was a positive situation."

Jejelowo came to Las Vegas in June and played in six World Series events. He didn’t cash once. Before the start of the Main Event, Jejelowo played in four satellite tournaments, hoping to win a seat worth $10,000. I didn’t happen.

"I said to myself it’s the Main Event and sometimes, you just have to barrel it," Jejelowo said. "This tournament is where all the best players are and it’s worth taking a chance."

The effort paid off with his first World Series of Poker cash in Las Vegas. He also caught the attention of other players and the ESPN television cameras.

Instead of hoodies with patches promoting casinos, European gambling websites and other sponsors, Jejelowo wore a shirt and tie on most days, as well as sweater vest. He skipped the tie Sunday.

"I’m having fun and I’m not trying to take myself too serious," Jejelowo said. "But the poker world needs some serious injection of swag."

Jejelowo’s day mirrored the Main Event leader board. Most of the previous chip leaders from Friday and Saturday suffered serious setbacks, which propelled other players to the top.

The leader late Sunday was Jeremy Ausmus of Las Vegas with 13.435 million in chips. Daniel Strelitz of Torrance, Calif., was second with 10.605 million. Russell Thomas of Wallingford, Penn., was third with 10.33 million. Jesse Sylvia of West Tisbury, Mass., was fourth with 8.8 million.

Two women remained in contention among the chip leaders. Gaelle Baumann of France sits 17th with 4.75 million in chips while Elisabeth Hille of Norway is 24th with 3.985 million in chips. Both players are attempting to become the second woman to reach the Main Event’s final table, the other coming in 1995.

Two-time gold bracelet winner Vanessa Selbst, who seemingly had the best shot of any American woman to reach the final table, finished in 73rd place, earning $88,070.

Eric Buchman, one of two former November Nine members trying to become the first to reach a second final table in the World Series of Poker’s Main Event format, busted out in 74th spot, also earning $88,070.

Sam Holden of Great Britain, the last remaining member of the November Nine fraternity, was eliminated in 55th place for $128,384. Holden finished ninth in the Main Event last year.

Play began Sunday with 97 players from the starting field of 6,598. The tournament was to be cut to 27 players or less by the time the final hand was dealt Sunday night.

Today, the survivors will seek a seat in the final table of nine players. Seven of the participants will each win more than $1 million.

Poker’s world champion will collect more than $8.5 million and the most expensive gold bracelet ever awarded. The runner-up still wins almost $5.3 million.

The total prize pool for the Main Event is more than $62 million.