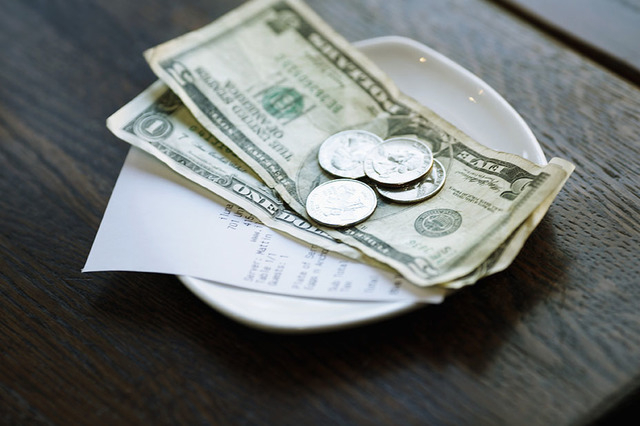 To tip or not to tip? That is the question. Tipping in the U.S. is fairly black and white, but the rules get complicated — and incredibly varied — when traveling abroad. If you don’t know the guidelines, you’re likely either throwing away money or overlooking the people who rely on your tip as part of their income.

We’ve rounded up tipping etiquette for 25 of the most popular destinations overseas, from bars and restaurants to hotels and taxi drivers, to save you from any potentially awkward situations. Read on to see how much you should tip and how you can keep your travel budget in check around the world.

Guide to Tipping Etiquette in 25 Countries

In general, travelers in Australia do not need to tip service providers; nothing extra should be added to your bill and there’s no shame in asking for change. The reason tipping isn’t customary Down Under is Australia’s significantly higher-than-average minimum wage — service charges aren’t necessary to supplement workers’ incomes.

If you do insist on leaving a tip, 15 percent is more than sufficient for waitstaff, you can give $1 per suitcase to bellhops, leave $1 to $5 per day for housekeepers, and give $10 to $20 to the hotel concierge. But there’s no guarantee your tip will be accepted.

In many Austrian restaurants, a service charge is included in the bill, and it is customary to round up the total when paying. You can leave several extra euros or simply say “danke” (“thank you”), which is the Austrian equivalent of “keep the change.”

Europe is pretty lax about taxi-cab tipping; simply letting a driver “keep the change” in that scenario can usually suffice. That said, you should give one to two euros to hotel porters and leave a 10 percent tip at restaurants if a service charge isn’t automatically tacked on.

In general, if you’re receiving a good exchange rate during your travels to Brazil, any extra gratuity you can offer service staff is greatly appreciated, even though it’s not expected.

Tipping in Canada is very similar to the United States. It’s customary to tip 15 to 20 percent in Canadian restaurants, at least 10 percent to taxi drivers, and a little extra to hairdressers, manicurists and hotel staff.

Good news travelers! Tipping in Chile is easy and cheap. Tourists usually don’t need to tip taxi drivers, and all other service workers should generally get a small tip for good service. Simply rounding up the total is typical, but a $5 tip is considered very good and $10 will ensure you receive five-star service.

The biggest thing to remember is travelers should only tip in pesos (except in hotels) and especially avoid foreign coins — exchange houses in Chile won’t change them.

No one tips for services in China (it’s actually illegal to tip taxi drivers in many areas) with one major exception: tour guides, who make the bulk of their income through tips and the commissions they earn during shopping stops along the tour.

In bars, restaurants and coffee shops, a 10 percent service charge is typically added to the bill. Travelers can pay more if the service was exceptional, but it’s not expected. A caveat: Many Tamarindo restaurants will add the 10 percent service fee, but say “service not included” at the bottom of the menu, or waiters might add “tips appreciated” on your bill. Again, tourists are not required to leave extra, but additional gratuity is appreciated.

In Croatia, tips are almost always included in the bill, so it’s not necessary to leave extra. If you are dining with a very large group, you might want to consider topping off the service charge — but again, it’s not mandatory.

According to French law, all bills in cafes and restaurants carry a 15 percent service charge — not paid to the waiter, but to the owner of the establishment, who pays his staff. As such, tipping in France (that is, leaving additional gratuity on top of the automatic service charge) isn’t obligatory — but it’s certainly appreciated by French servers, who the BBC reports make only a little more than minimum wage.

Even though service charges are included in the menu prices at German bars and restaurants, it’s typical to round up your total bill or leave an extra 5 to 10 percent tip. It’s also very important for travelers to know they need to tell the server to add the tip to the final bill — it’s not customary to leave money on the table after you pay.

Tipping in Greece can be a little tricky. First, it’s not obligatory, but it is typical to round up the amount of your final bill. Some restaurant owners do not allow staff to keep their tips, so ask first (to avoid just paying extra to the institution). Also make sure your bill reflects the advertised prices — and, when in doubt, ask the locals for advice.

Traveling to Iceland is expensive, but while you might be paying more for everything, from your hotel to your dinner, all the service fees are included. Icelanders are familiar with the tradition of tipping and won’t turn you down if you try, but you are definitely not expected to tip for any services.

Tourists in India are expected to tip all service workers, except for taxi drivers. Sometimes the service charges are included in your bills, but if not, an appropriate tip is anywhere between 10 and 20 percent, depending on the level of services received.

Compared to the United States, there is not a strong tipping culture in Ireland. Still, many tourists do tip for services, especially restaurants and taxis. If you aren’t sure how much to tip, a good rule of thumb is leaving 10 percent.

Italian restaurants will display service charges on the menus and add the fees to the check, making tipping in Italy fairly straightforward. Still, don’t be surprised if you also see charges for items like tablecloths and silverware — these expenses are legal in many regions except Lazio. Travelers should also keep all their receipts; some policemen have been known to ask for proof of payment after leaving a restaurant.

Even though many establishments in Jamaica do not charge service fees, most Jamaicans appreciate any additional gratuity. If a tip isn’t included, it’s typical to leave between 10 and 18 percent gratuity, depending on the service. Because the tipping culture is so inconsistent, it’s best to check your bills for service charges or ask hotel staff for some advice. Also, many all-inclusive resorts strictly prohibit staff from accepting any tips whatsoever, so make sure you know the policies before you attempt to tip any service workers.

Tipping in Japan is not mandatory, and in many cases, tips might be refused. Because tipping is not part of the culture at all, the simple act of leaving a tip can make someone very confused. If you insist on leaving gratuity, put the money in an envelope and say “kore-ha chippu desu,” which means “here is your tip.”

A 10 percent service charge is added to everything in the Maldives, but staff members earn very low salaries, so it’s generous to tip more for good service. Additional tips are critical for employees who don’t receive any portion of the service charges at all, which isn’t uncommon.

Tipping etiquette in Mexico is very similar to that in the United States. Pesos are preferred over any other currency, and there are an abundance of automatic teller machines where travelers can withdraw funds. It’s best to ask hotel staff which machines are safe to use — Forbes reports that Mexico has a high rate of ATM fraud.

A good rule of thumb:

Tipping in the Netherlands is a breeze. Service charges aren’t included in the prices, so it’s customary to leave just 5 or 10 percent. The only exception is if the service is bad — then you aren’t expected to leave anything.

In the Philippines, the service charge is already included (you might see “SC” on your bill) or travelers can tip independently, usually 10 percent. Like many other countries on this list, the staff might not actually receive any of the added service charges, so you may want to tip extra if you received good service.

The Spanish are sticklers for manners and etiquette, so it’s wise to always leave at least something. Tips can range anywhere from small change to rounding to the nearest euro.

Swiss federal law requires all service charges to be included in advertised prices. There is no obligation to tip anyone, anywhere, and service workers are paid decent salaries. Still, many residents do add small gratuities by rounding up to the nearest five or ten francs, or more for large groups or parties.

The only service providers who expect tips in Taiwan are bellhops and employees in international hotels. Restaurants typically add 10 to 15 percent to the check to cover gratuity, and it’s not necessary to tip cab drivers. Still, travelers should leave a 10 percent tip at spas and beauty parlors, and when in doubt, just ask locals for advice.

Laws require employers to pay at least the national minimum wage, whether workers receive tips or not. Accordingly, the tipping culture is not very strong in the U.K. Even so, it’s never a bad idea to leave any extra change.

From GoBankingRates.com: How much to tip when traveling to these 25 countries