Nevada has been given $57.2 million more from a Treasury Department program that targets federal aid to states battered by home foreclosures, the department said Wednesday.

With the latest allocation, Nevada has received more than $194 million in foreclosure assistance since the Obama administration established the Hardest Hit Fund in February.

Nevada through a nonprofit corporation is steering federal assistance into programs to help qualifying homeowners reduce the principal balances on their mortgages, or to speed short sales for those who can’t afford to make payments due to joblessness.

The Treasury Department said the latest funding will "bolster and expand the reach" of the state’s efforts.

RealtyTrac, an Irvine, Calif.-based foreclosure listing service, reported that Nevada continues to hold the nation’s highest foreclosure rate, with one in every 84 homes receiving a foreclosure notice in August.

Golden Route Operations, a subsidiary of Golden Gaming Inc., on Wednesday said it will in October launch a new combined slot player’s club for the Gold Spike and Siegel Slots & Suites in Las Vegas.

In a statement, Golden Route Operations said the card for the new club, dubbed Siegel’s Club, will let slot players combine slot points from both properties and earn comps and special offers based on their total slot play.

The club will start Friday at the Gold Spike and mid-October at Siegel Slots & Suites, the company said.

The country’s biggest business lobby is challenging in court new government rules that make it easier for shareholders to nominate directors of public companies and to oust sitting directors.

The U.S. Chamber of Commerce and another business group filed a lawsuit Wednesday against the Securities and Exchange Commission’s new rules. The rules allow groups that own at least 3 percent of a company’s stock to put their nominees for board seats on the annual proxy ballot sent to all shareholders.

A Chamber of Commerce representative says the changes give power to unions and other groups "at the expense of" the majority of individual shareholders.

Whether Delta stays mostly nonunion is up to workers

Delta Air Lines Inc. is the only big U.S. airline that is mostly nonunion. Elections that began Wednesday give 50,000 workers a vote on whether it stays that way.

The votes are the last act of Delta’s absorption of Northwest Airlines, which it bought in 2008. Flight attendants began voting on a union Wednesday. Three groups of ground workers are expected to vote in the next few months.

This could be a turning point for Delta, where only pilots are unionized among the bigger workgroups. The Atlanta company has had few labor problems compared with most major airlines — the last strike was a mechanic’s walkout in 1947. But at heavily unionized Northwest, labor relations were often combative, with two strikes since 1998.

Delta is about to become the world’s second-largest airline after United and Continental combine this week into the new No. 1. Unions have tried to make inroads at Delta before, without success. The Association of Flight Attendants-CWA failed to win enough votes to bring the union into Delta in 2008, before the Northwest deal closed.

Delta shares were unchanged Wednesday, closing at $11.59 on the New York Stock Exchange.

Facebook said to be in talks to forge partnership with Skype

The Wall Street Journal, citing an unnamed source, said the partnership will let Facebook users sign into Skype through their Facebook Connect accounts. Those users will be able to text message, voice chat and video chat with their Facebook friends from within Skype. The Journal said the deal is expected to be announced within the next few weeks.

Sources told All Things D that Facebook is making the move in a push to more tightly mesh communications and community.

Woman died of COVID-19 on flight between Las Vegas, Dallas-Fort Worth
By Mick Akers / RJ

Dallas County officials on Sunday added the Dallas native, who was in her 30s and died months before on an interstate flight, to the county’s confirmed COVID-19 death count. 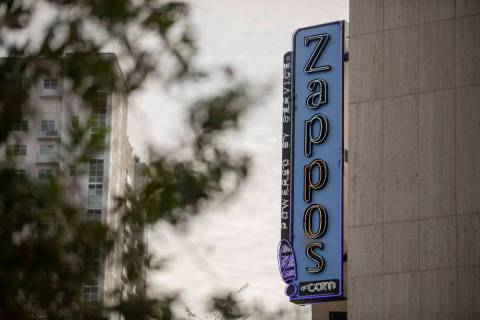