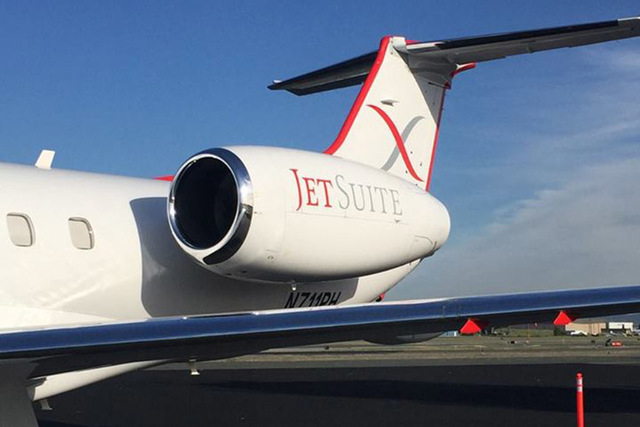 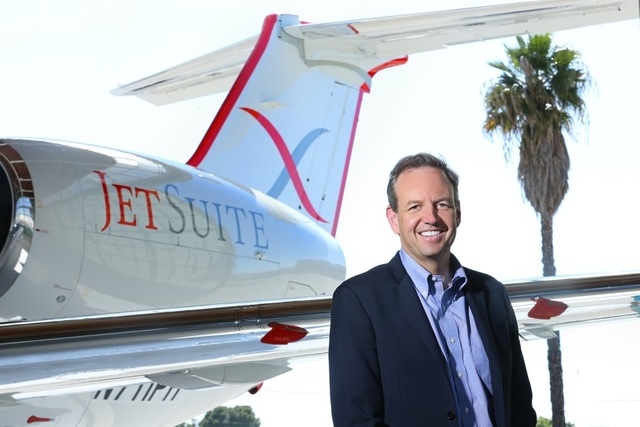 Alex Wilcox is the CEO of Irvine, California-based JetSuiteX, which will begin scheduled charter flights between Las Vegas and Burbank, California, beginning May 26. (Courtesy)

JetSuiteX will offer the advantage of boarding and arriving at private air terminals. The company will operate from the Atlantic Aviation terminal just off Tropicana Avenue and will fly to and from Burbank, California’s Bob Hope International Airport and the JSX Terminal in Concord, California.

“Airport congestion and worsening security delays have made short-haul air travel sometimes more of a hassle than it’s worth,” said JetSuite CEO Alex Wilcox. “In fact, between 2000 and 2014, LA-to-Las Vegas air travel lost more than 1 million enplanements to the freeways. After all, who wants to spend more time in the airport than in the air? JetSuiteX was created for people who prefer to fly but want to avoid crowded airport terminals and long security lines.”

“There’s plenty of air service between Southern California and Las Vegas, but this is a much different experience,” he said.

Wilcox said JetSuiteX is acquiring its jets, once used by American Eagle Airlines, through Brazilian manufacturer Embraer. The company plans to continue to offer its private charter service as well, an opportunity for University of Nevada, Las Vegas sports boosters to reserve private charters to follow teams when they play in California, Arizona or Utah.

Based in Irvine, California, near John Wayne International Airport in Orange County, JetSuiteX now has 200 employees, more than half of them pilots.

JetSuiteX will fly Burbank routes Sunday through Friday. Tickets are priced at $129 each way if booked in advance.

The airline also will offer flights to and from Concord on Sundays.

All flights may be purchased by visiting jetsuitex.com, by downloading the JetSuiteX app, or by calling the airline’s toll-free number.