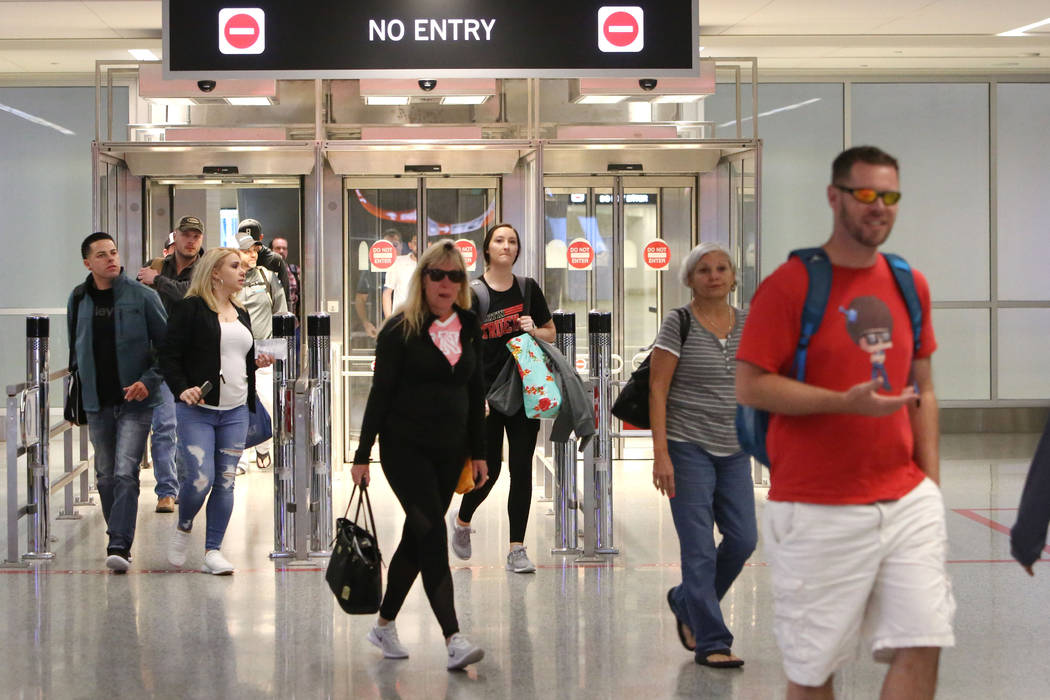 McCarran International Airport logged its busiest April on record, marking a 14th consecutive month in gains for passenger traffic, according to figures released Wednesday by the Clark County Aviation Department.

Of that, 3.78 million air travelers boarded or arrived on domestic flights at the nation’s eighth-busiest airport last month, up 3 percent from a year earlier. International flights arriving or departing Las Vegas carried 320,813 passengers, a 7 percent jump from a year earlier.

Year-to-date, more than 15.83 million passengers have flown in or out of McCarran during the first four months of 2018, a 3 percent increase from the same period last year.

Among the airport’s five busiest carriers, small dips were reported by market-leader Southwest and American, while increases were logged by Delta, Spirit and United, according to the aviation department.

Among international airlines, Canadian carrier WestJet saw a 11.2 percent increase with 86,941 passengers last month, while Air Canada was up 3.4 percent with 78,565 passengers.

Korean Air was up 12.8 percent with 10,186 passengers. Chinese carrier Hainan reported a 31.2 percent jump in traffic with 4,142 passengers.