About 65 Asian investors, 25 of whom were from China, listened to investment opportunities Thursday at Vdara. The Las Vegas-based Committee of Enterprise and Commerce United organized the event.
By Nicole Raz Las Vegas Review-Journal
June 5, 2017 - 5:10 pm

A growing number of Las Vegas-based businesses are looking to foreign investors to bring local projects to fruition.

UNLV President Len Jessup was among four locals who pitched to a group of about 65 Asian investors, 25 of them from China, at a recent event organized by the Las Vegas-based Committee of Enterprise and Commerce United. The committee, launched in November, is led by six local real estate and business investment professionals working to build an international network of investors and advisers.

Jessup said it was his first time pitching to foreign investors.

“We’ve done probably about 30 or 40 partnerships of different types since I’ve been here (2015), but it’s all been domestic and mostly local,” Jessup told the Las Vegas Review-Journal.

UNLV has several development projects that would benefit from investment, including the Harry Reid Research and Technology Park, he said.

Why the shift to foreign direct investment — and Chinese investment in particular? Opportunity, he said.

“We’re growing here in Southern Nevada, and we’re looking for fuel, and the Chinese are aggressively looking for things to invest in in the United States — especially in hot innovation zones like Las Vegas,” he said.

Michael Ring, director of international real estate for the committee, agreed, adding that Chinese investors are “tired” of the usual hot spots, like Los Angeles and San Francisco, because of the high costs of doing business and the already saturated market.

At the same time, Ring cited a local cultural shift in attitudes toward foreign direct investment.

Local attitudes changed during the recession, he said, since “they (largely foreigners) were the ones who were able to come in with cash and help us get out of the slump we’re in.” 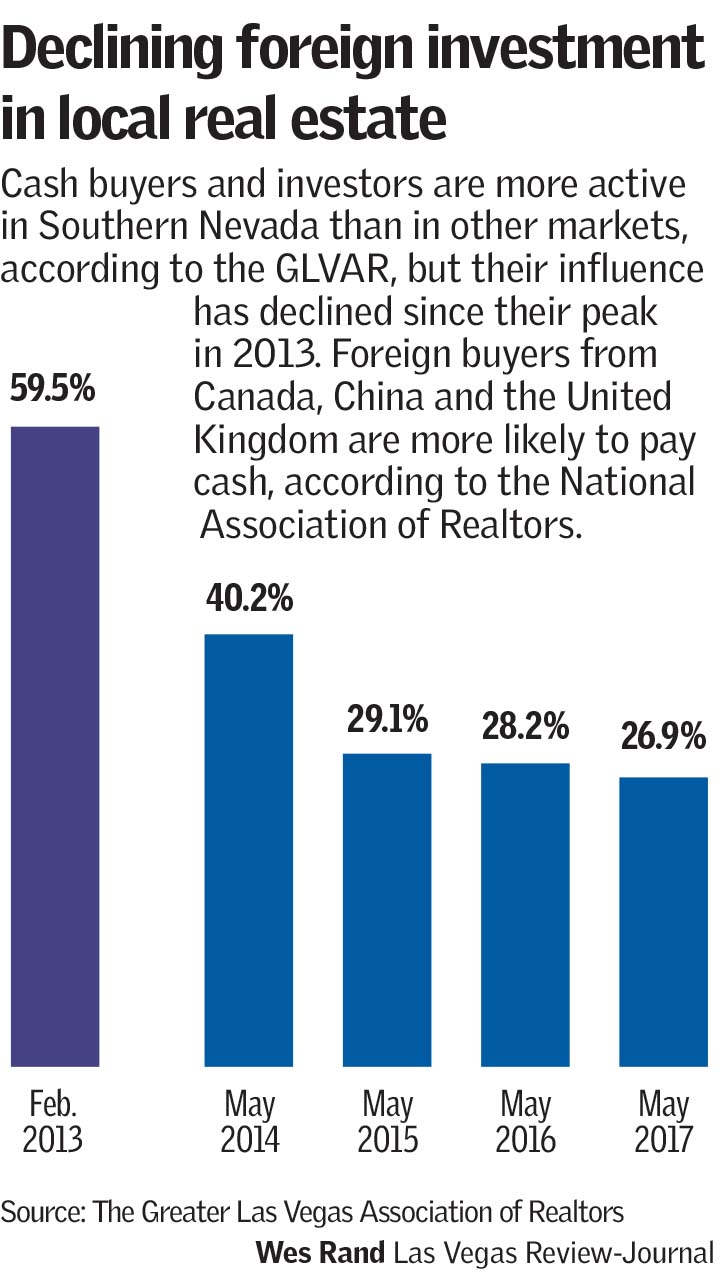 But over the past year and a half, local businessmen say Chinese investors have been focusing less on real estate and more on business opportunities.

“I think they’re getting more comfortable with the U.S. and opening businesses here without physically living here,” Ring said.

Chaudhry, who has been in Las Vegas since 2010 and also presented at the event on Thursday, said he made his first pitch to Chinese investors about a year and a half ago.

Chinese investors are now looking at established businesses with a guaranteed return of investment, he said.

“With real estate, you can get something like a 7 percent return on your equity if you’re doing it on a stabilized basis on a medical office building (for example), but what if you owned or invested into the diagnostic center, or primary care or OB-GYN? Then you are looking at returns of like 25 to 30 percent,” Chaudhry said, also citing call center and franchise business operations as examples.