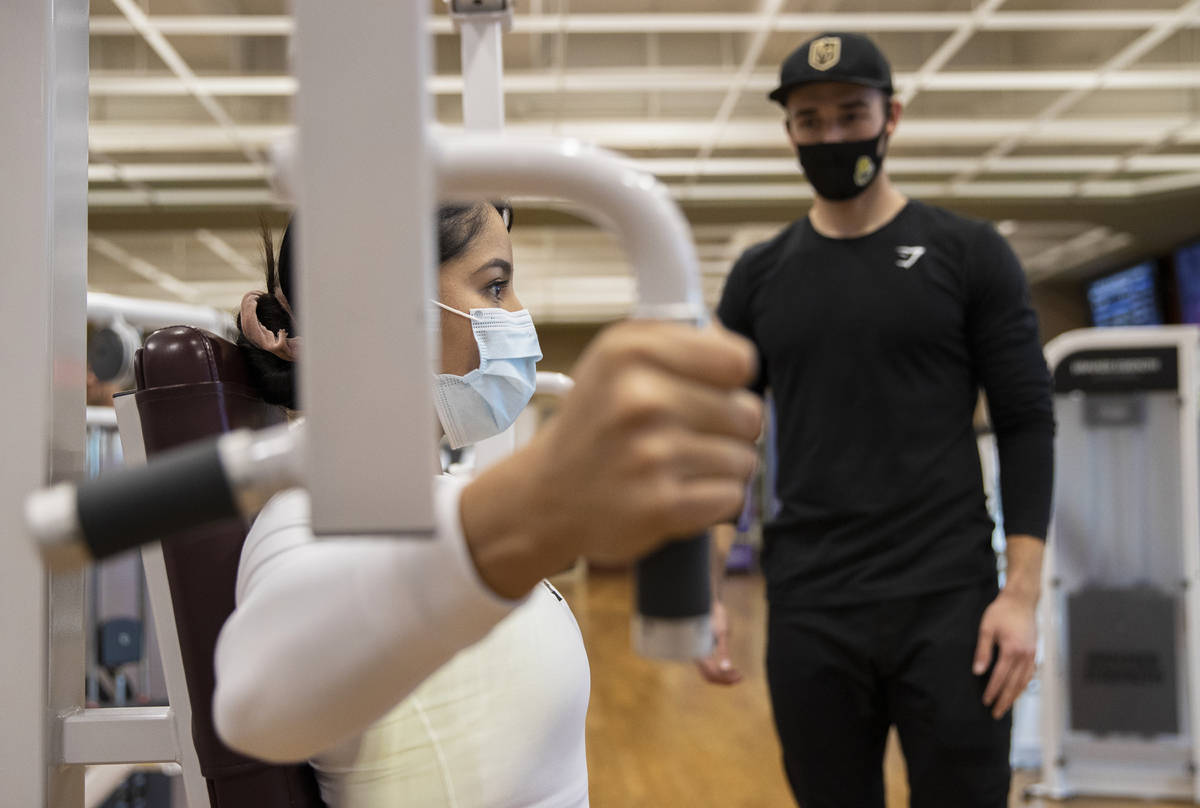 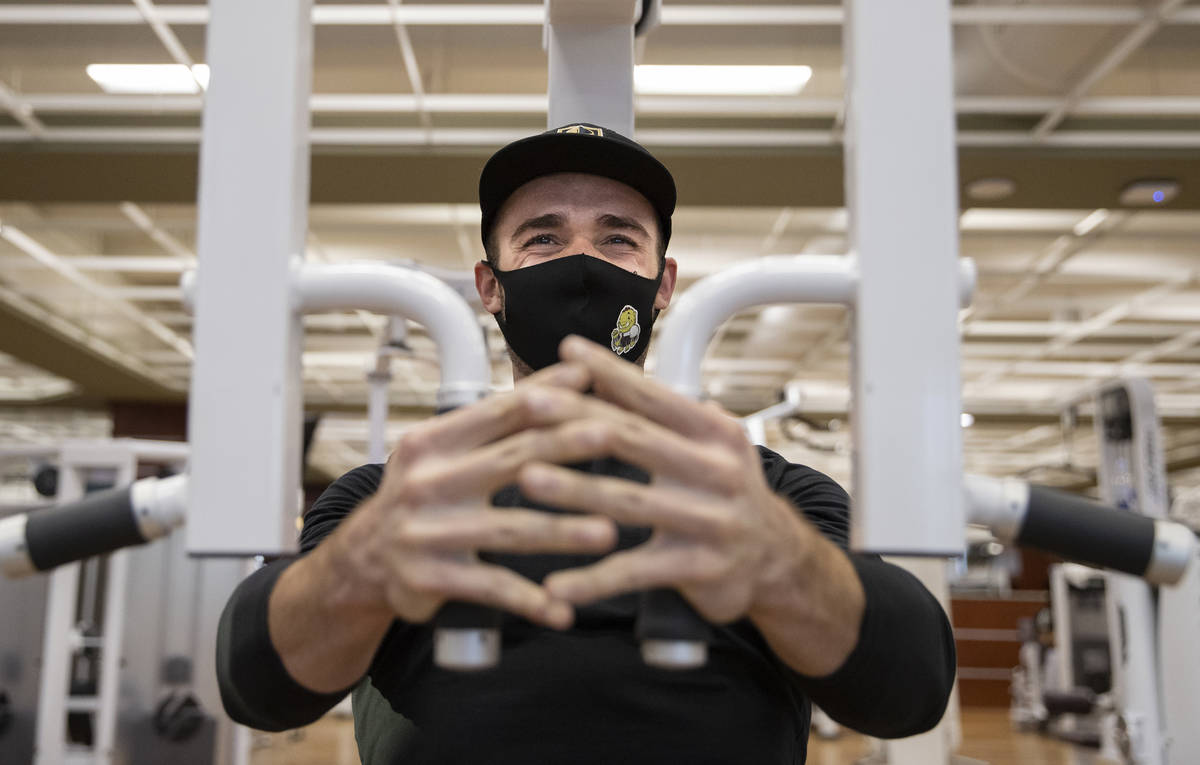 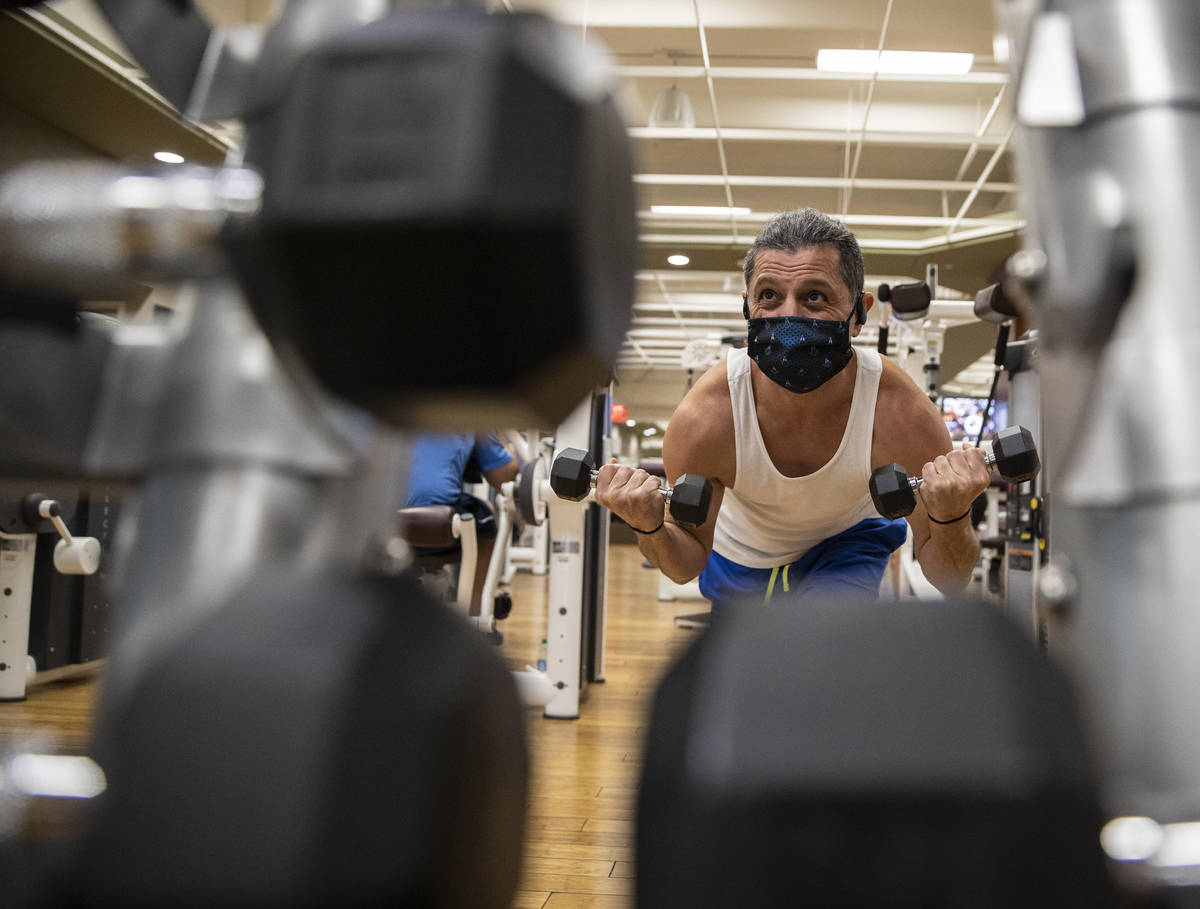 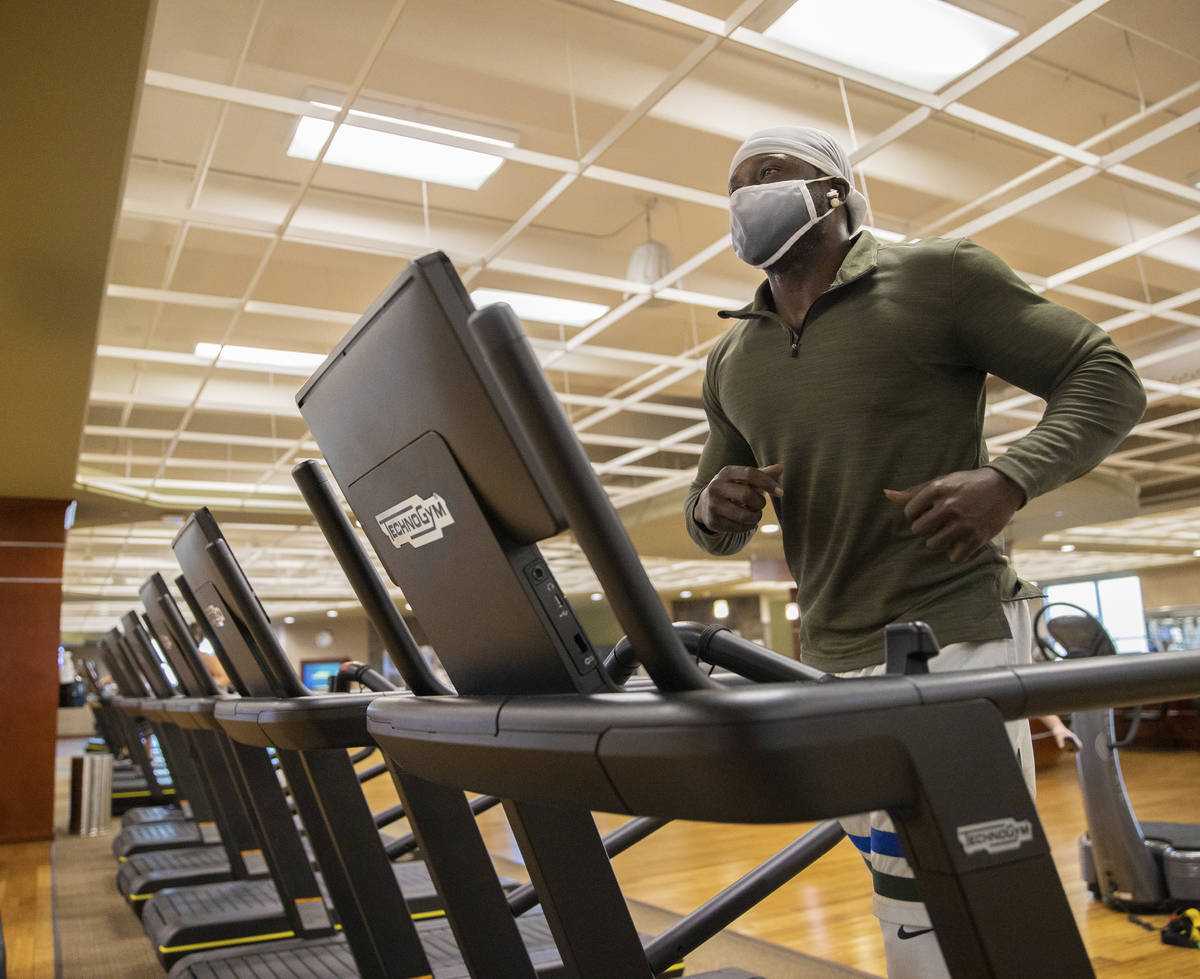 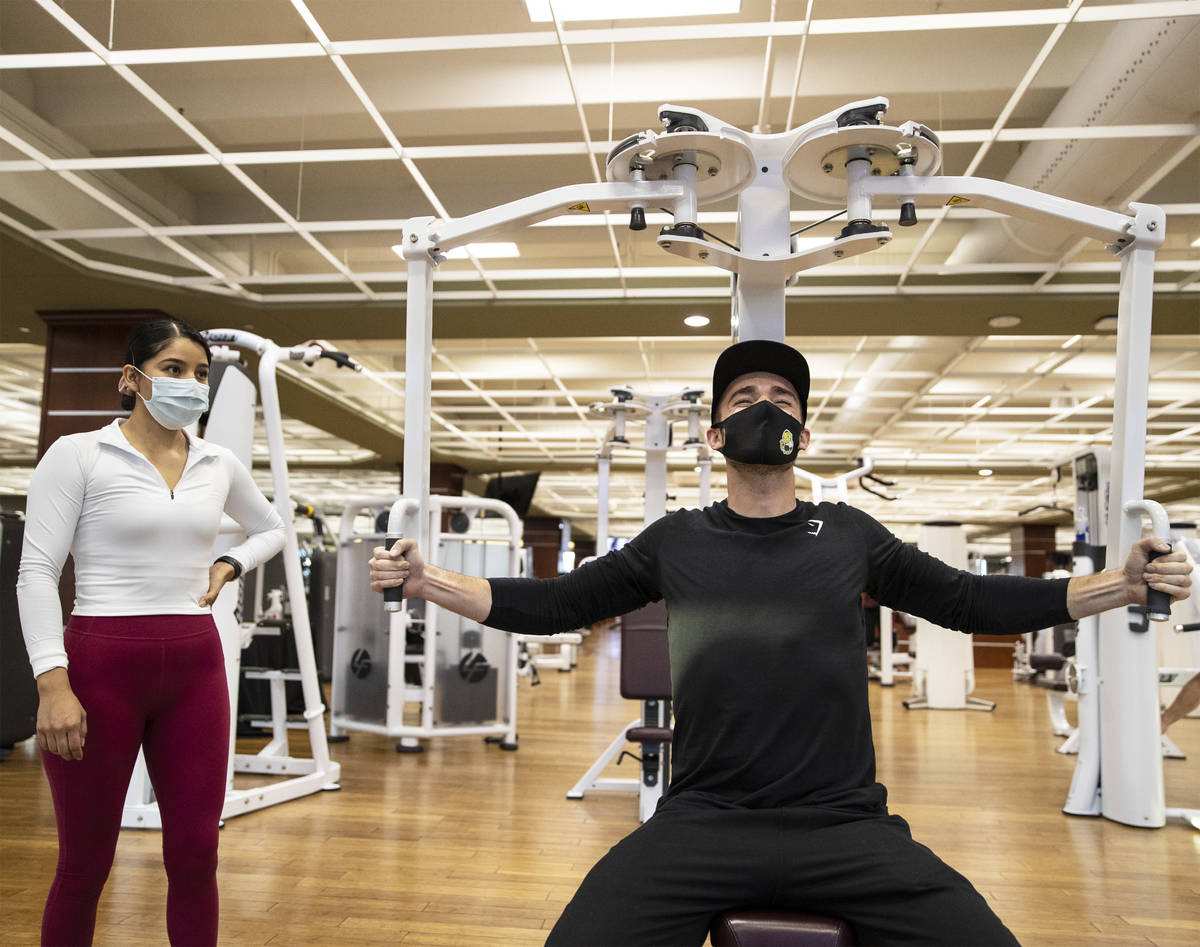 The new 25 percent capacity limit at gyms and fitness centers doesn’t concern the general managers who spoke with the Review-Journal, and they say the new requirements to wear a mask even while exercising shouldn’t worry you.

Both measures are effective as of 12:01 a.m. Tuesday as part of Gov. Steve Sisolak’s three-week pause.

“I did it today for the first time,” said Steve Datte, senior general manager of Life Time Summerlin. “I wore my mask during my entire workout. … It was tolerable, and I’m a baby when it comes to this stuff. I got through it, and it was OK.”

The key, he said, is choosing a mask that’s breathable. Around 15 percent of the people on his fitness floor already were keeping their masks on throughout their workouts.

On Monday afternoon, all but one member was wearing a mask while exercising at the Anytime Fitness at 2920 Bicentennial Parkway in Henderson.

At the start of 2020, the club had around 950 members, said general manager Mike Calvert. Almost 200 of those canceled during the first shutdown, while many more froze their accounts. A couple of more canceled Monday.

Across the valley, phones were ringing off the hook at fitness centers. Many of the ones contacted by the Review-Journal were too busy or simply unwilling to take time to comment.

Neither Life Time, with its capacity of 3,500, nor Anytime Fitness, which can accommodate just 66, seems to be in much danger of surpassing the 25 percent limit. Datte and Calvert said they’d never had more than that on either of their watches.

As its name implies, Anytime Fitness is open around the clock, but not all of those hours are staffed. Even if no one is at the front desk, Calvert said, the facility is monitored by cameras at all times. For the past few months, members who weren’t wearing masks in situations that required them were fined $100. That process will carry over to the new guidelines.

The key takeaway from Sisolak’s orders, they said, is that, unlike in some areas, gyms can continue to operate.

“At the end of the day, I need to stay open to keep my people employed and paying their rent and eating their food,” Datte said. “And I need to stay open because I have 4,000 or 5,000 people that live in this community that rely on me for their sanity and their health.”

Members can’t or won’t comply with the mask mandate can put their membership on hold until that’s no longer an issue, he said.

“Hopefully everybody will keep up with their fitness,” Datte added. “And hopefully people will just take a deep breath — no pun intended — and roll with this.”