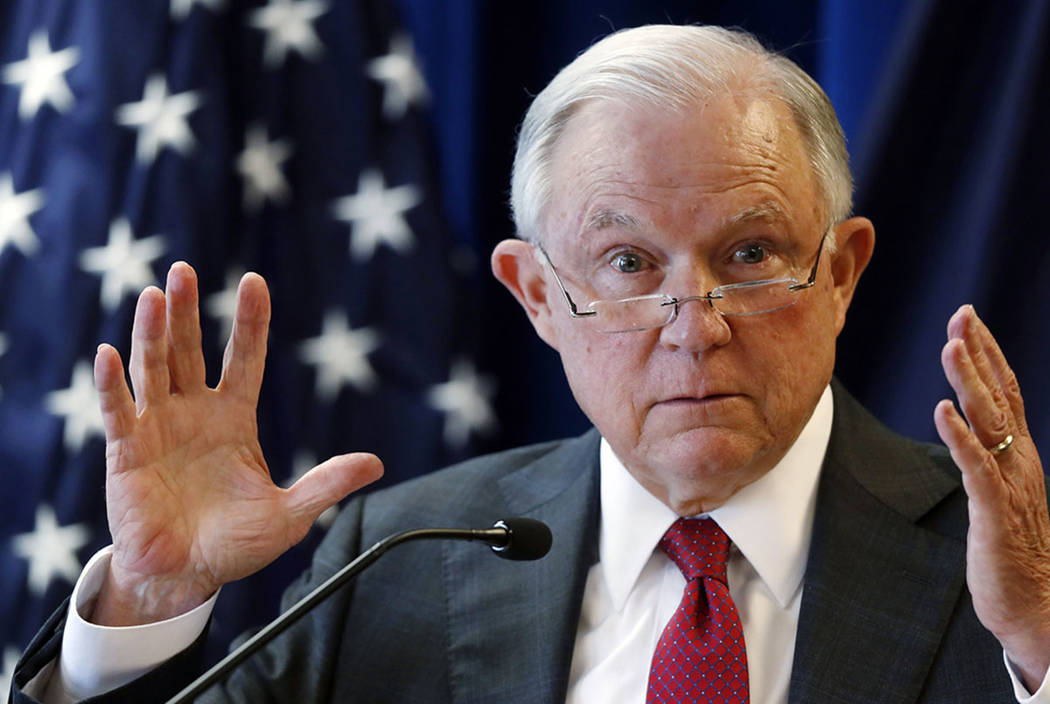 The forced resignation of U.S. Attorney General Jeff Sessions has people in the local marijuana industry breathing a sigh of relief.

But time will tell whether President Donald Trump’s administration develops a new stance on legalization of the drug.

“Everybody in the industry is pleasantly surprised that Jeff Sessions is now gone,” said John Laub, president of the Las Vegas Medical Marijuana Association.

Sessions had built a reputation as an obstacle to the marijuana industry, starting before his appointment.

The move worried Nevada politicians of both parties that the federal government may challenge states’ rights. It provoked fear in the local marijuana industry of a federal crackdown on cannabis sellers and growers.

No such crackdown ever came, but Sessions’ presence was enough.

“We know his mere presence as AG scared off some investors, ancillary businesses and others,” said Kevin Sabet, president of anti-marijuana legalization group Smart Approaches to Marijuana, based in Alexandria, Virginia.

Some local stakeholders are optimistic the next attorney general will have a more positive attitude on marijuana than Sessions.

“It’s unlikely that President Trump’s new attorney general will spread reefer madness and misinformation to the same extent that Mr. Sessions has,” said Madisen Saglibene, executive director of the Nevada branch for the pro-marijuana National Organization for the Reform of Marijuana Laws.

Speculation around who will replace Sessions gives some in the local marijuana industry pause.

One name mentioned as a possible successor, Kris Kobach, who lost an election for governor of Kansas this week, has spoken against regulated medical marijuana, said John Mueller, CEO of Las Vegas marijuana seller Acres Dispensary.

On the other hand, former U.S. attorney and Massachusetts Gov. Bill Weld, another name mentioned as a possible successor, is on the board of New York-based cannabis company Acreage. He would be expected to be friendly to the industry, Mueller said.

The new acting attorney general, Matthew Whitaker, is something of an unknown, since he hasn’t spoken publicly about his position on marijuana.