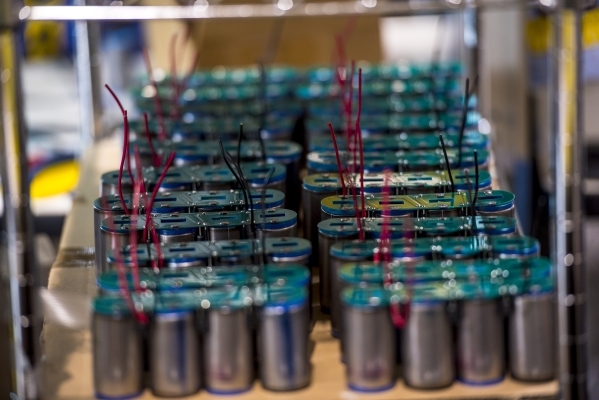 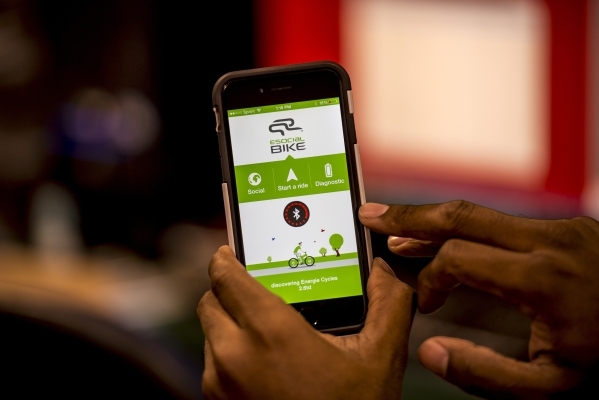 An app that connects with electric bicycles is shown at Rechargeable Power Energy in Las Vegas on Tuesday, Sept. 15, 2015. Joshua Dahl/Las Vegas Review-Journal 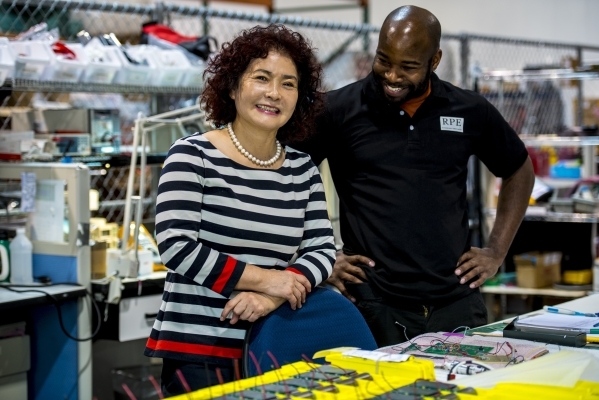 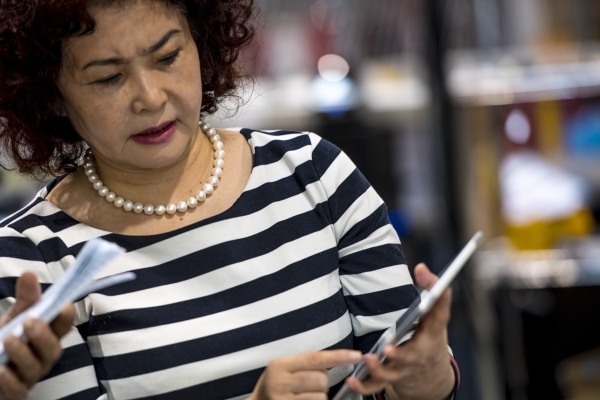 Ping Gao looks on her iPad at Rechargeable Power Energy in Las Vegas on Tuesday, Sept. 15, 2015. Ping is the chairwoman of the Lithium Battery Association of China. Joshua Dahl/Las Vegas Review-Journal 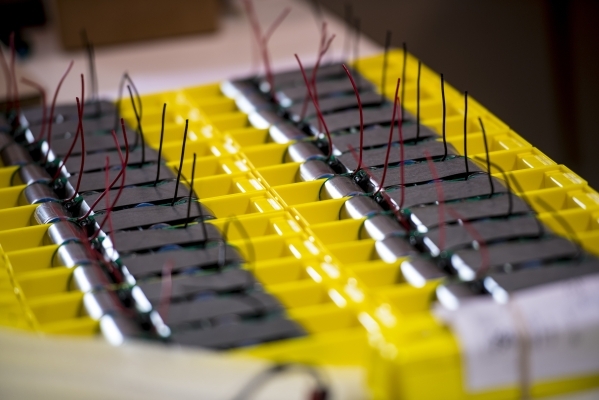 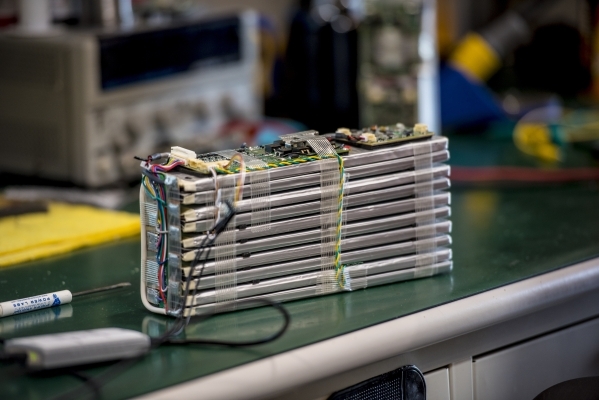 A battery for an electric bicycle is seen at Rechargeable Power Energy in Las Vegas on Tuesday, Sept. 15, 2015. Joshua Dahl/Las Vegas Review-Journal

Several dozen lithium battery units on a long table will be shipped soon for use in defibrillators, while several new electric bicycles that will retail for $5,000 were standing sentinel nearby at the Rechargeable Power Energy (RPE) industrial office off Arville Street in South Las Vegas.

When it comes to high-powered lithium batteries, the Tesla battery factory east of Reno isn’t the only power pack game in Nevada.

Las Vegas-based Rechargeable Power Energy, with 10 employees, has quietly carved out a growing lithium battery business, with sales expected to hit $1 million in 2015 and then soar to $10 million in 2016 thanks to construction crews that need batteries to power light systems for night-time construction work, said Ping Gao, a Chinese national who is the RPE owner and chairwoman.

Ping has extensive contacts with lithium battery suppliers from China, and has used her network to help launch RPE about three years ago. She chairs the Lithium Battery Association of China and also heads the Lithium Battery International Summit, which brings together more than 5,000 research and manufacturing industry professionals.

“She uses her connections to get the best (battery) cell suppliers in China,” said Sean Turner, RPE sales and service engineer.

The company exhibited Wednesday at the Interbike international bicycle trade show at the Mandalay Bay Convention Center to unveil a new electric bicycle called Ripple Bicycles and to show new battery packs that can propel e-bikes longer and faster. About 25,000 visitors are expected to attend the three-day bicycle expo, which is closed to the public Wednesday and Thursday but open to the public Friday for a $20 fee.

Turner said most battery-powered electric bikes can go for 35 miles, but he said RPE is making a battery pack that can power e-bikes to go 40-60 miles on a charge.

Mike Horan, RPE chief operating officer, said 200,000 electric bikes are sold in the U.S. a year. Horan noted that is a fraction of the 20 million e-bikes sold annually in China and 4 million in Europe.

“This company is exploring the market and will produce a competitive, high-quality battery,” Wright said.

The company’s 10,000-square-foot space focuses on the battery testing, assembly and research and development, Ping said. Every battery received from China is tested, then packaged together in a pack and then tested again, Turner said.

With that growth projected for 2016, the company staff is expected to double from 10 to 20 next year, Ping said.