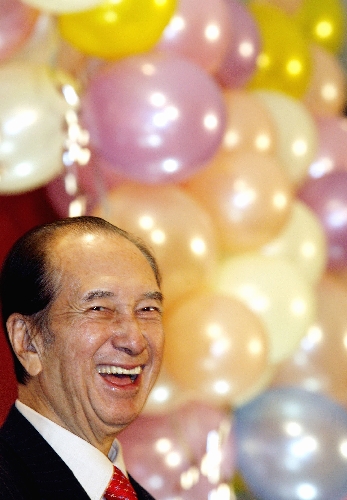 Las Vegas Sands Corp. doesn’t believe a rival Macau casino operator will be able to wrest control of two of the company’s development sites on the region’s Cotai Strip where it has already invested more than $102 million.

Macau casino operator SJM Holdings asked the Special Administrative Region’s government for permission to take over Cotai Strip sites 7 and 8. Hong Kong-based SJM, which has 18 casinos in Macau, is controlled by gambling kingpin Stanley Ho, the 88-year-old billionaire whose nearly 40-year monopoly to operate gaming in the Chinese enclave ended in 2002.

Las Vegas Sands President Michael Leven said in a statement Tuesday “there is no reason to believe that a subsequent application by any third party will take precedence” over Las Vegas Sands’ rights to develop sites 7 and 8.

SJM’s 18 casinos include small slot parlors and small casinos operating on the Macau Peninsula. The company’s flagship casino is the 500-room Grand Lisboa. SJM does not have a casino on Cotai.

Las Vegas Sands operates three casinos in Macau including the 3,000-room Venetian Macau, which is at the entrance to the Cotai Strip.

The company recently restarted construction on its stalled development projects on the Cotai Strip’s sites 5 and 6. Building was halted in November 2008 when lending for the projects dried up and Las Vegas Sands was forced to restructure its corporate finances.

The company plans to open 6,400 additional hotel rooms in the next two years under the Shangri-La, Traders, Sheraton, Sheraton Towers and St. Regis brands, adding additional convention and casino space.

Las Vegas Sands has not moved forward with plans for sites 7 and 8, other than spending $102.3 million on site preparations, according to a June 30 financial statement.

If the Macau government were to take back the land, the company would forfeit that investment.

Leven said the company had previously submitted a detailed development application to the Macau government detailing plans for the two sites.

“Subsequent to that application, we have obtained site investigation and consolidation licenses from the (Macau) government, which authorized us to enter the site and carry out the substantial works that have to date been completed, ” Leven said.

Earlier this year, Macau’s newly appointed chief executive said the government might seek to reclaim land promised to casino operators, with the sites being used for other development purposes. The Chinese government slowed gaming expansion last year in Macau by limiting visas for mainland Chinese entering the region, the only location in China where gaming is legal.

The restrictions have since been lifted and Macau gaming revenues are up some 70 percent through July.

Leven said Las Vegas Sands is not fearful of the sites being taken away.

“Our consultants have continued to pursue the development application in a timely manner,” Leven said. “We have received no indication from any relevant department that our applications are not proceeding in the usual course.”

“That said, we do believe the government is working with SJM and the other concessionaires so that each has a presence on the Cotai Strip,” Greff said in a research note.