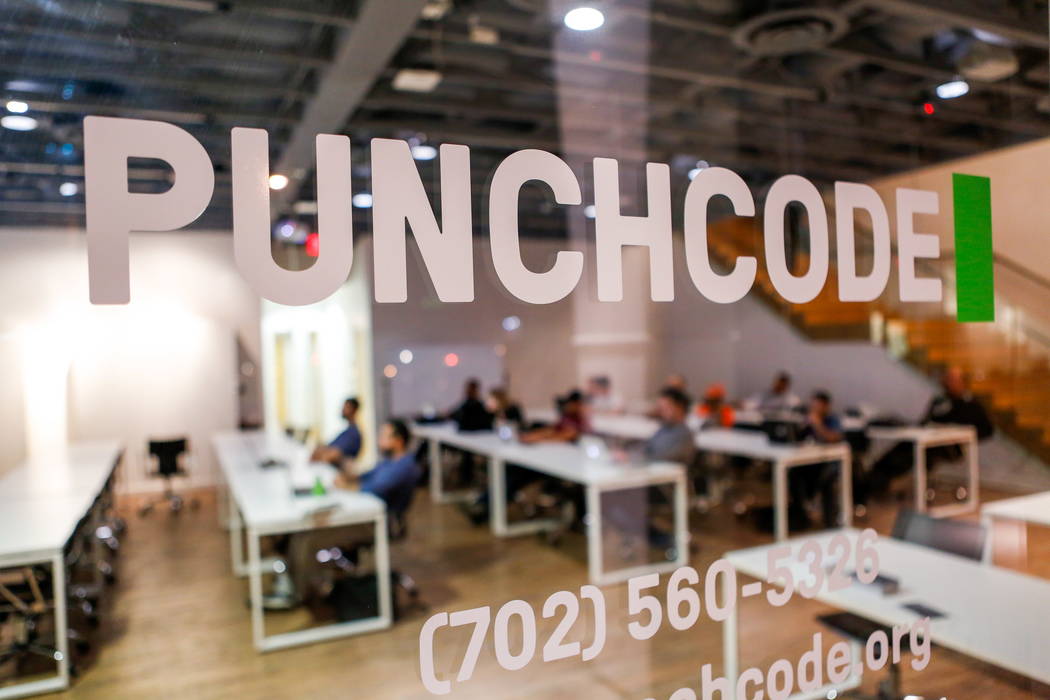 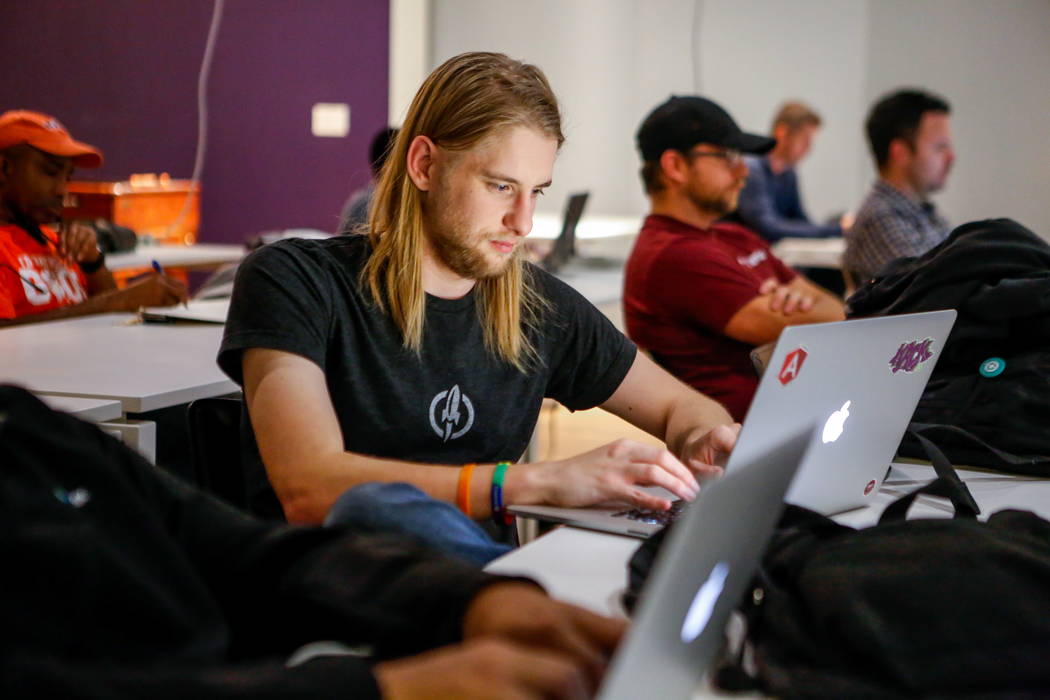 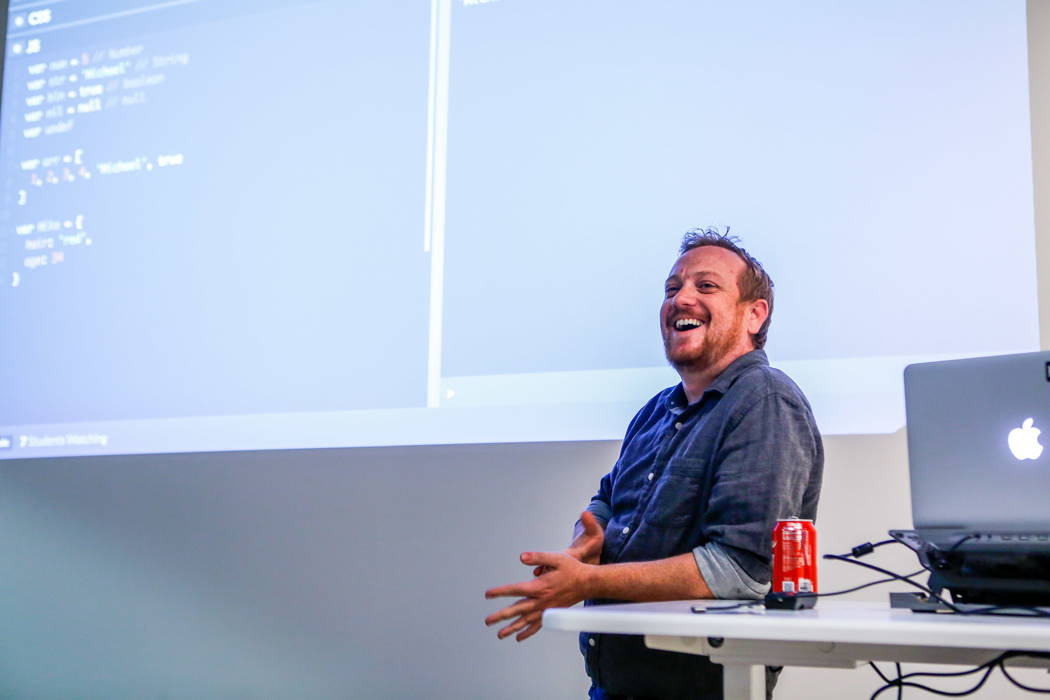 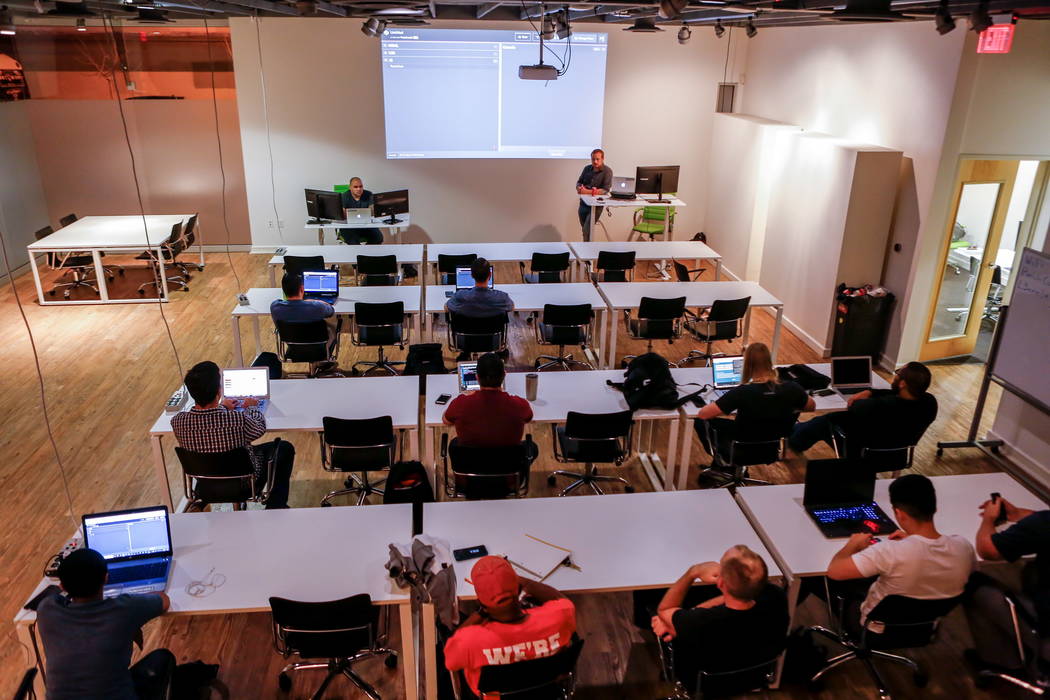 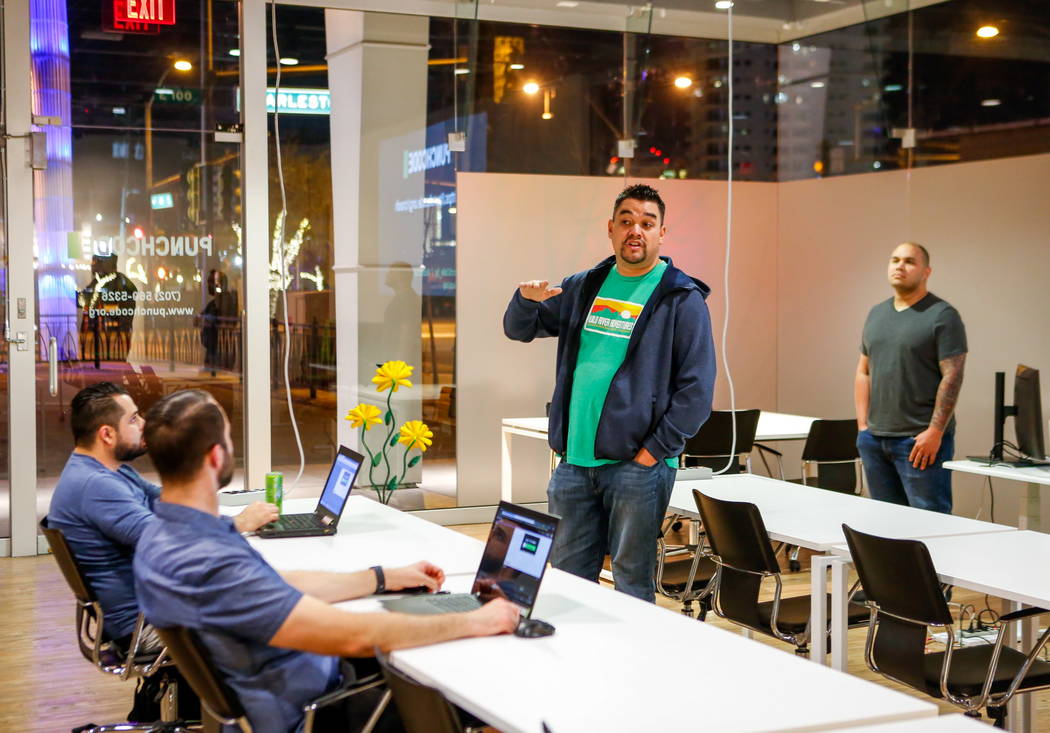 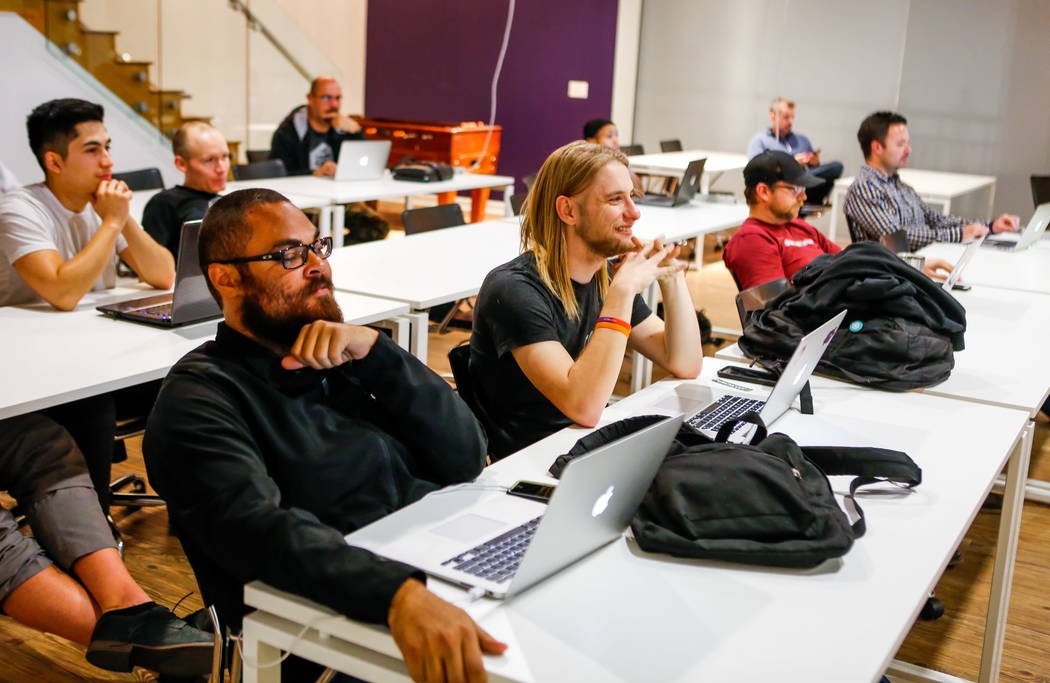 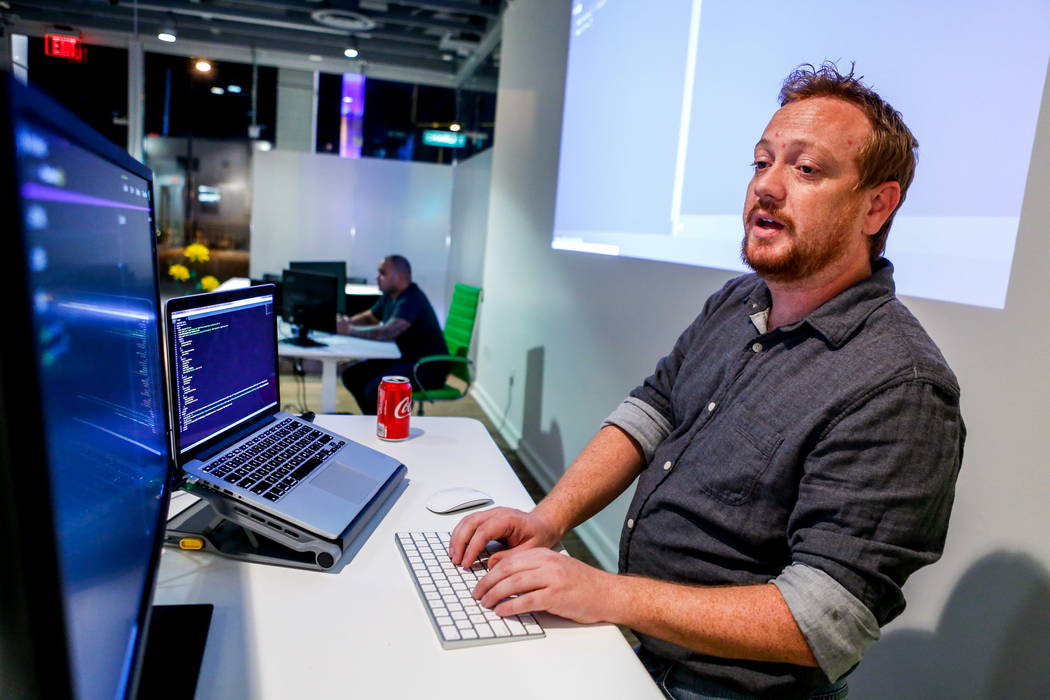 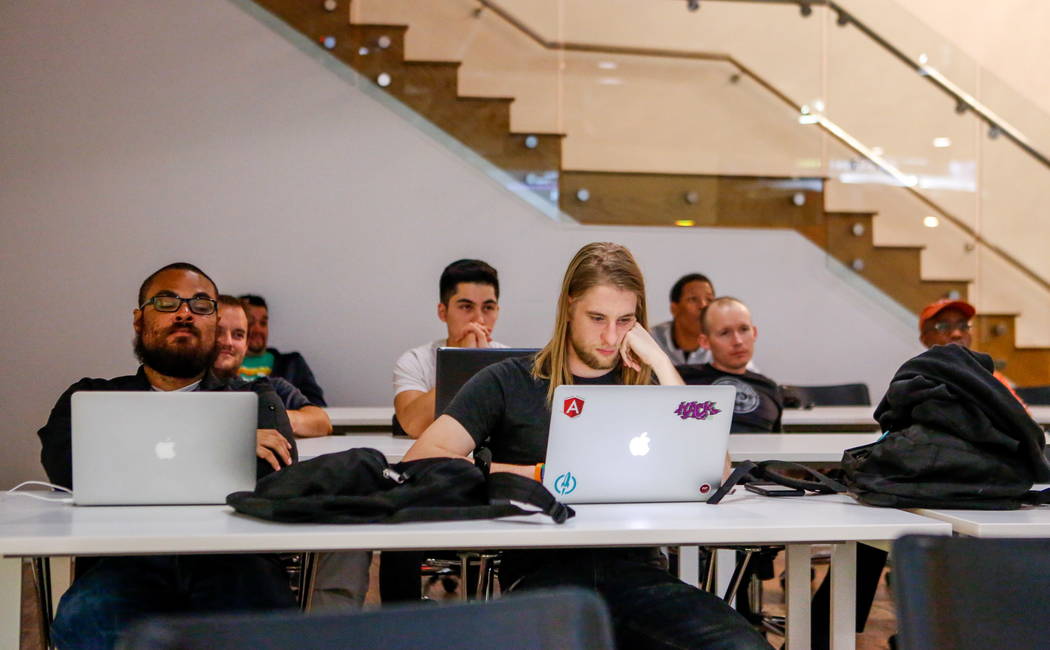 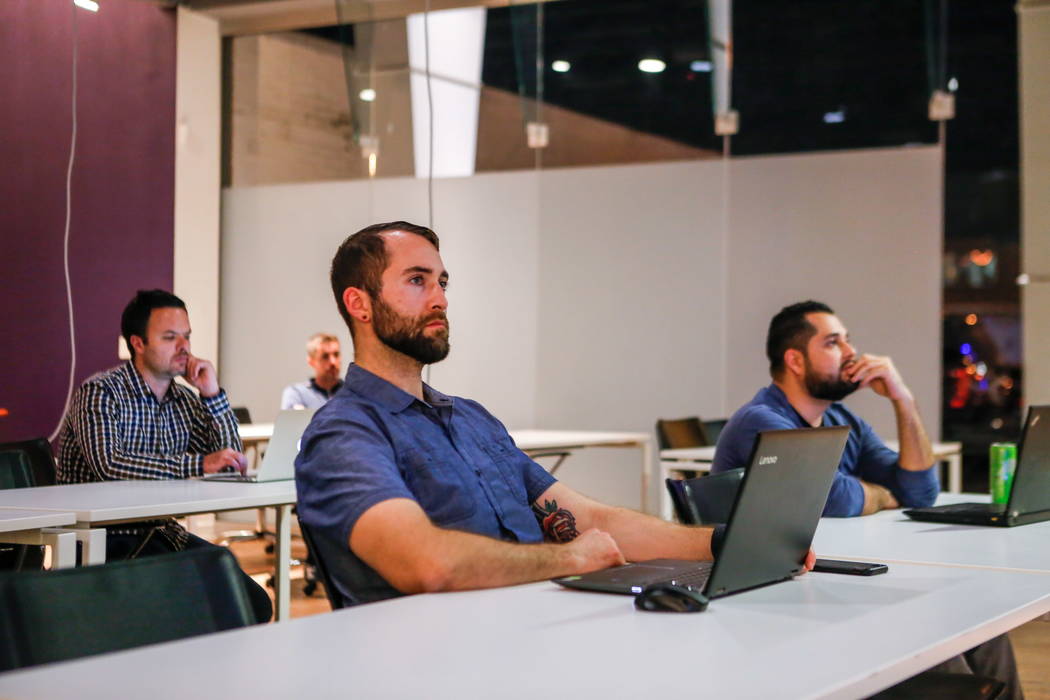 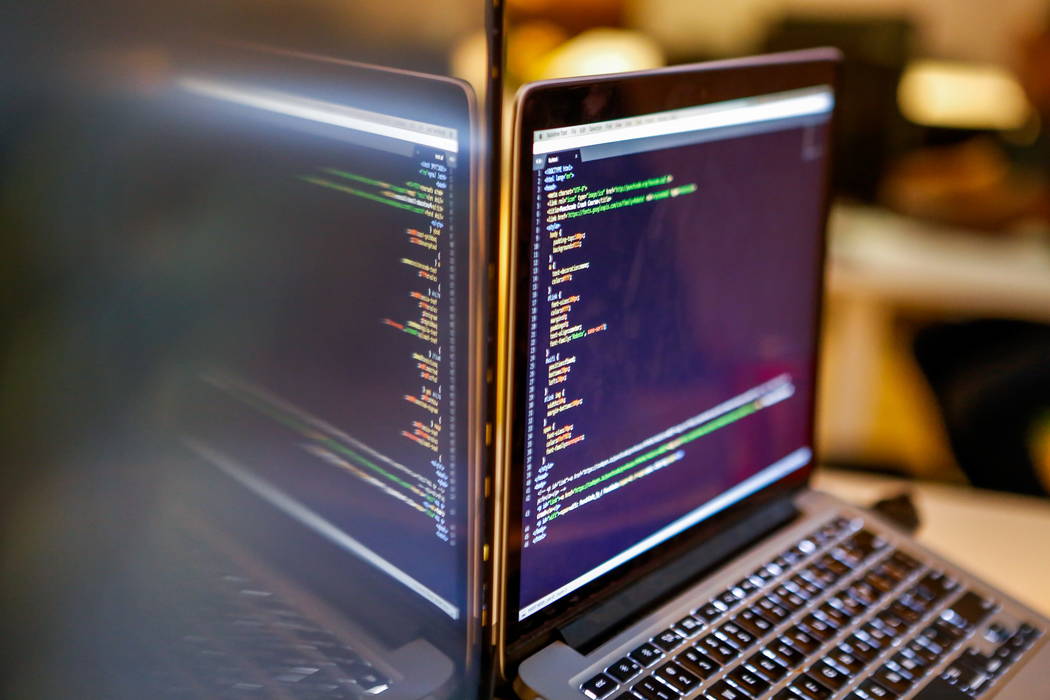 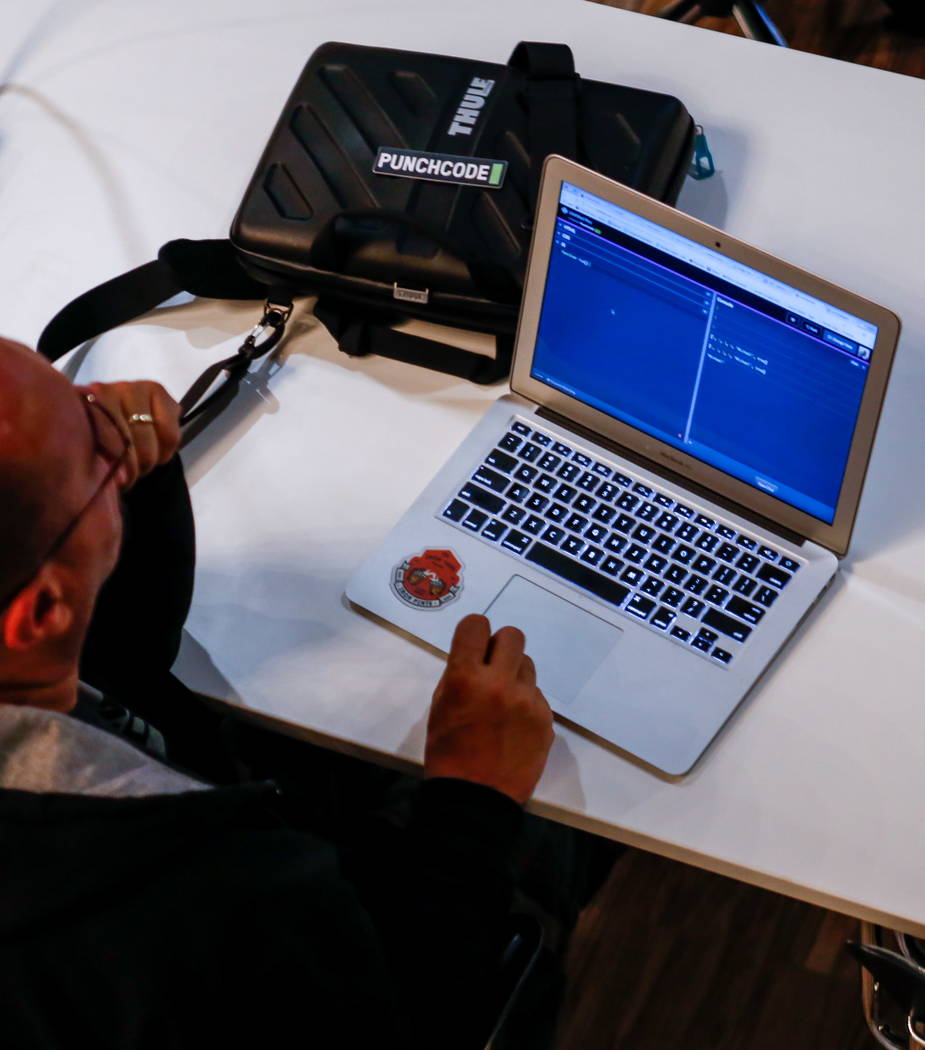 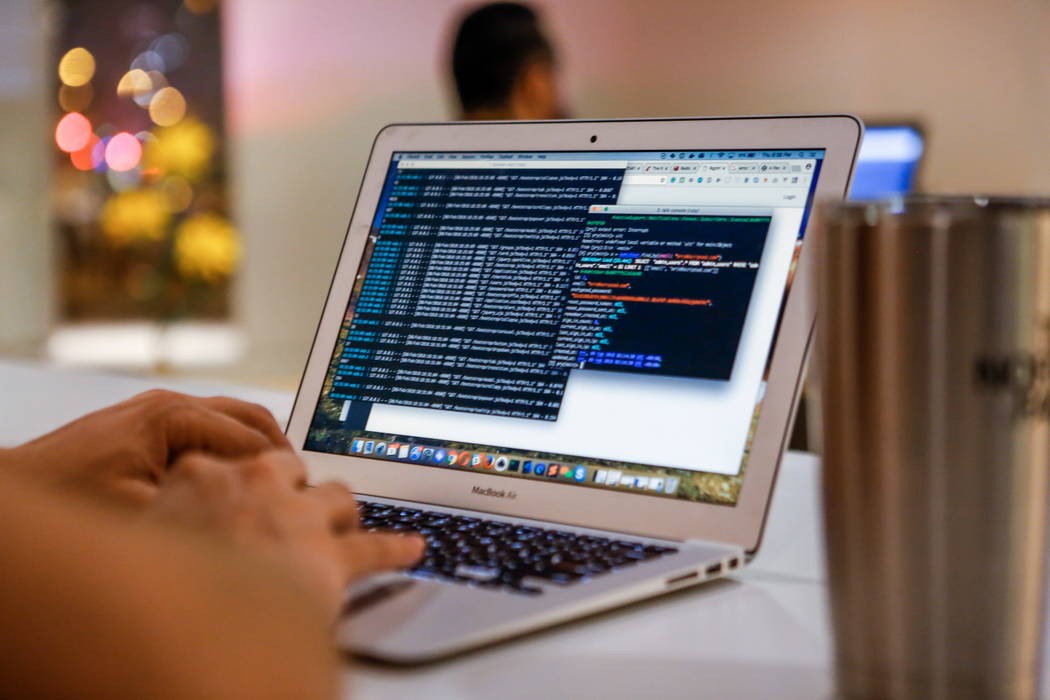 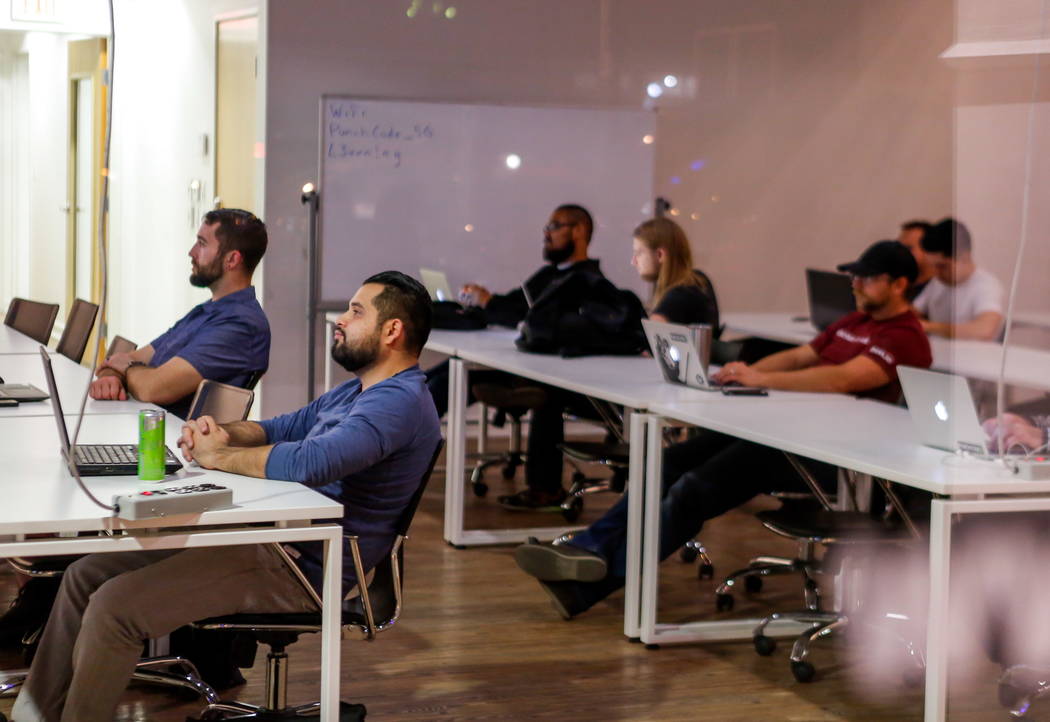 It’s an age-old chicken and egg workforce dilemma: Does the talent follow the company, or do companies follow the talent?

Many local entrepreneurs, with local and state officials, are trying to solve that riddle.

The Las Vegas startup scene had reason to believe a shortfall of tech talent and capital would be addressed after a boom of activity in 2012, when Zappos CEO Tony Hsieh pumped $350 million into revitalizing downtown Las Vegas.

The idea was talent would come to Las Vegas and stay in Las Vegas.

Instead, many of the startups that came for the 2012 boom left, “leaving the startup scene empty again,” said Kenny Eliason, owner of Las Vegas-based NeONBRAND, a digital marketing company.

Nevada is 263 jobs short of the national average for web developers, with an average state hourly wage of $30.73, according to data from the Governor’s Office of Economic Development.

Still, the influx of capital in 2012 helped to place Las Vegas on the map for startup activity.

In 2012, six Las Vegas startups made successful exits by getting acquired by larger companies. Four years later, that number peaked at 25, according to Crunchbase, a database that tracks startup acquisitions. The total dollar value of those acquisitions is unavailable. Last year, the number of acquisitions decreased to 15.

Instead, what has materialized is a different kind of boom — one that is focused on community building.

“It (2012) was a great time, but now it’s round two. It’s much different than 2012 when there was a huge influx of cash and people building things and selling them off just as quick as they were built,” Eliason said. “This time we’re seeing much more dedication to projects for the long-term, which builds a better foundation for the entire ecosystem.”

Gruber and Tech.co co-founder Jen Consalvo said they will take the next six to eight months to ensure a smooth transition for MVF, and then continue to bolster the local startup ecosystem.

“There’s a lack of investment here still, as a whole, so we will continue to try to connect startups with capital, and we’re working with others locally trying to do meetups or community events, as we have lots of experience in that,” Gruber said.

Gruber and Consalvo will also continue to run its Startup of the Year program in partnership with the Consumer Technology Association. They’ll also run the annual CES Startup Night, an opportunity for attendees of the annual tradeshow to see some promising, early-stage, tech startups before CES begins.

Joshua Stanley, vice president of product at Arkansas-based RevUnit, was formerly the co-founder and CEO of Las Vegas startup Teamvvork, a digital agency that built software and provided marketing solutions.

“I want to make sure that there’s a community supportive of people trying to make transitions,” Stanley said. “It can’t just be Zappos and two other companies. We want RevUnit to be a place where people can go. We are looking to pay it forward and to grow the community. Growing the community goes hand in hand with growing revenue, because we need people to feel engaged.”

“We were expecting to have maybe 23 to 30 members by now, and we have 40,” Melien said. “I think it’s definitely indicative of the demand for community.”

“Either tech companies have to come here and invest in building talent, or workforce programs and government and startups need to figure out how to build that talent to attract companies,” said Gabe Shepherd, campus director of Las Vegas’ newest coding school, PunchCode. “We’re not waiting for both sides to make up their minds, we’re just going to do it.”

The school’s first class of five to eight students will start a 12-week coding boot camp on Monday.

“If you look at industry trends, it’s inevitable that software is going to eat the world,” Shepherd said, as programming will be the key to managing autonomous cars, software driven health service kiosks, drones, and other technology.

Har Tej, co-founder of Las Vegas-based blockchain security company Hosho, said he thinks getting one major crypto-related company, like digital currency exchange Coinbase, into downtown would be a game changer, as he believes blockchain technology is the next opportunity for Las Vegas.

“That’s what’s going to force UNLV to produce talent for those companies,” he said.

“People have identified what needs to happen. We need a better seed or angel investing group, we need more startups, we need to pull together some of these resources. And I think a lot those things are happening; it just hasn’t raised its head to the level right now to be recognized. But it will, I suspect, later this year.”