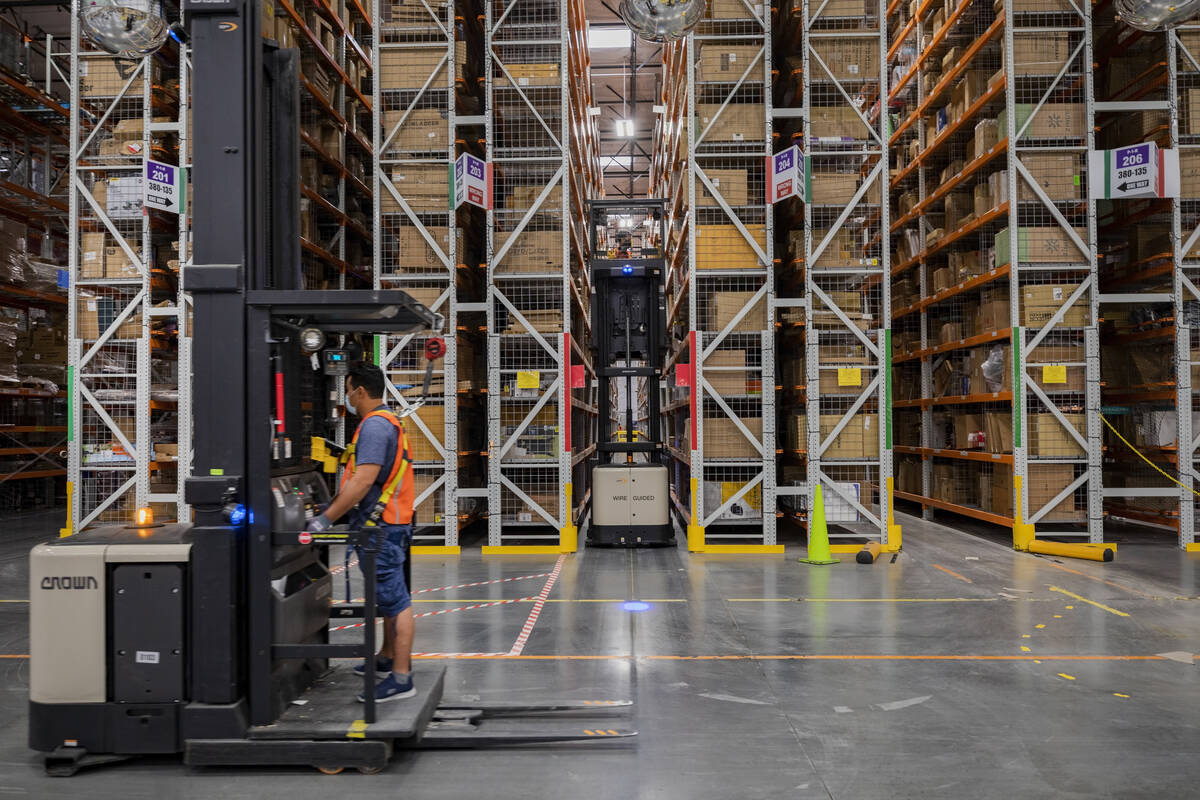 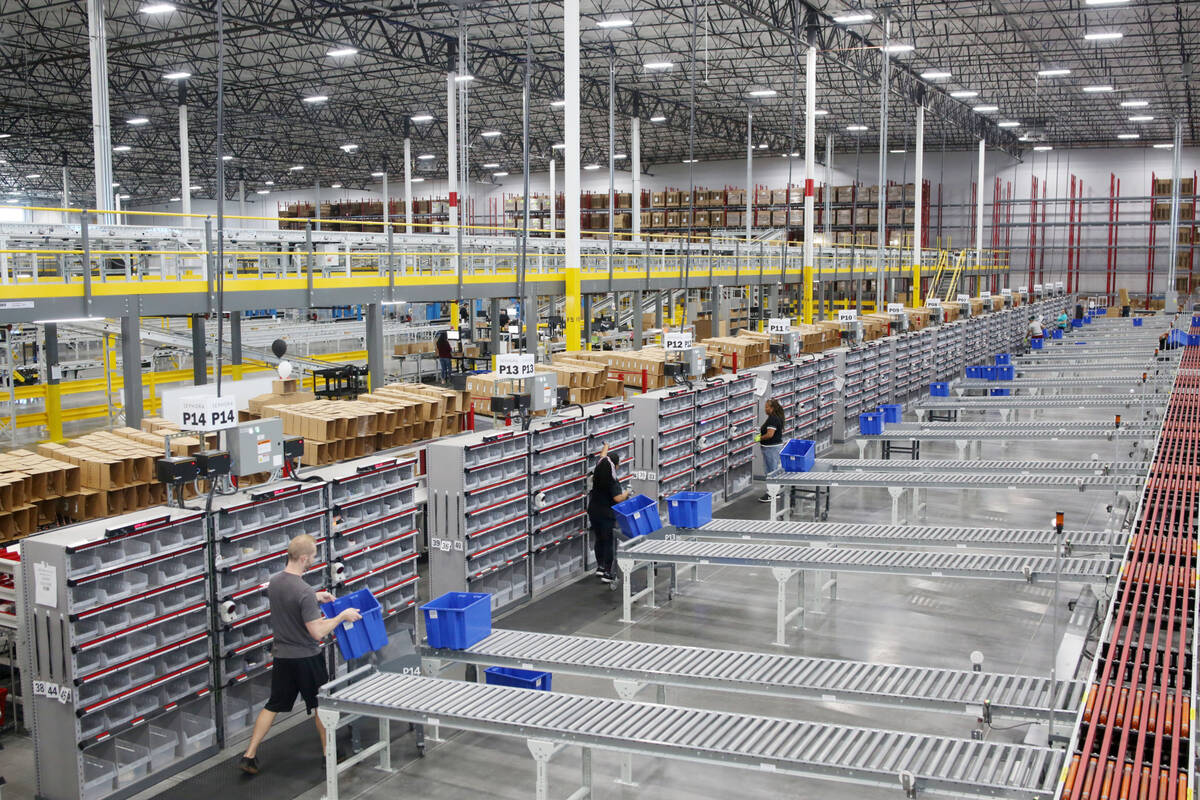 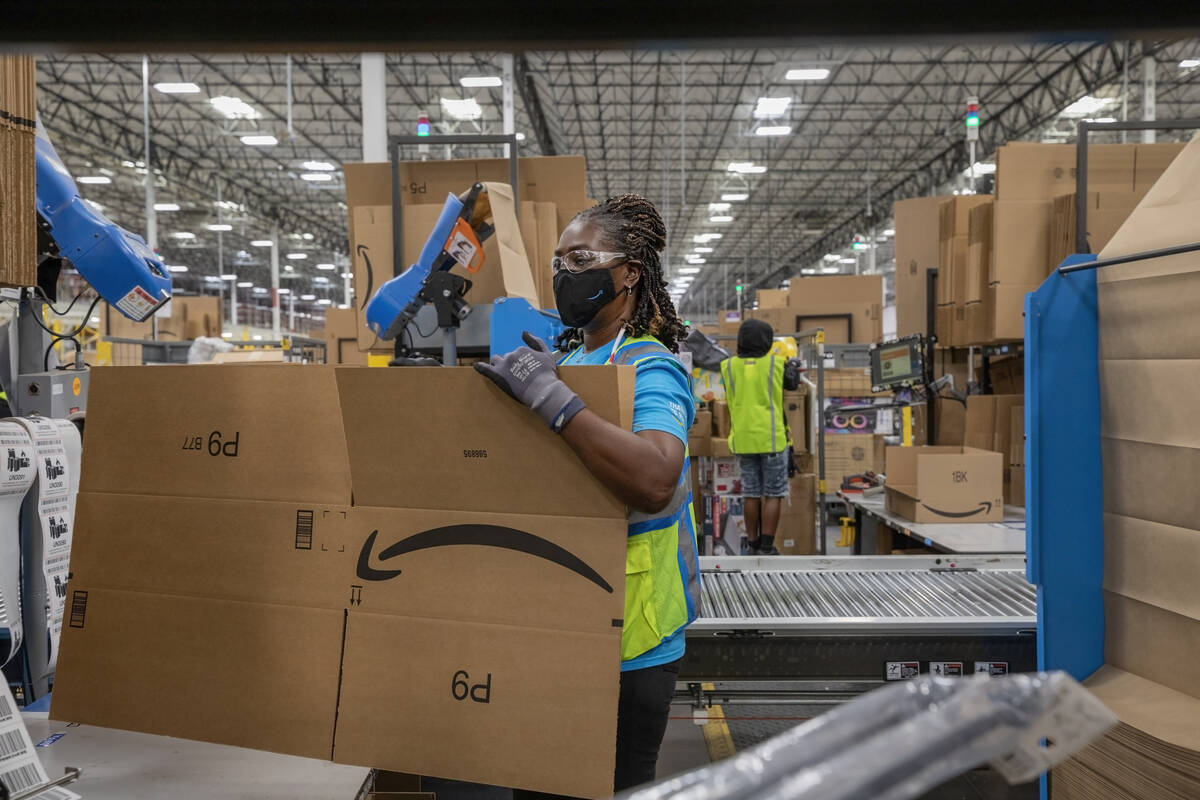 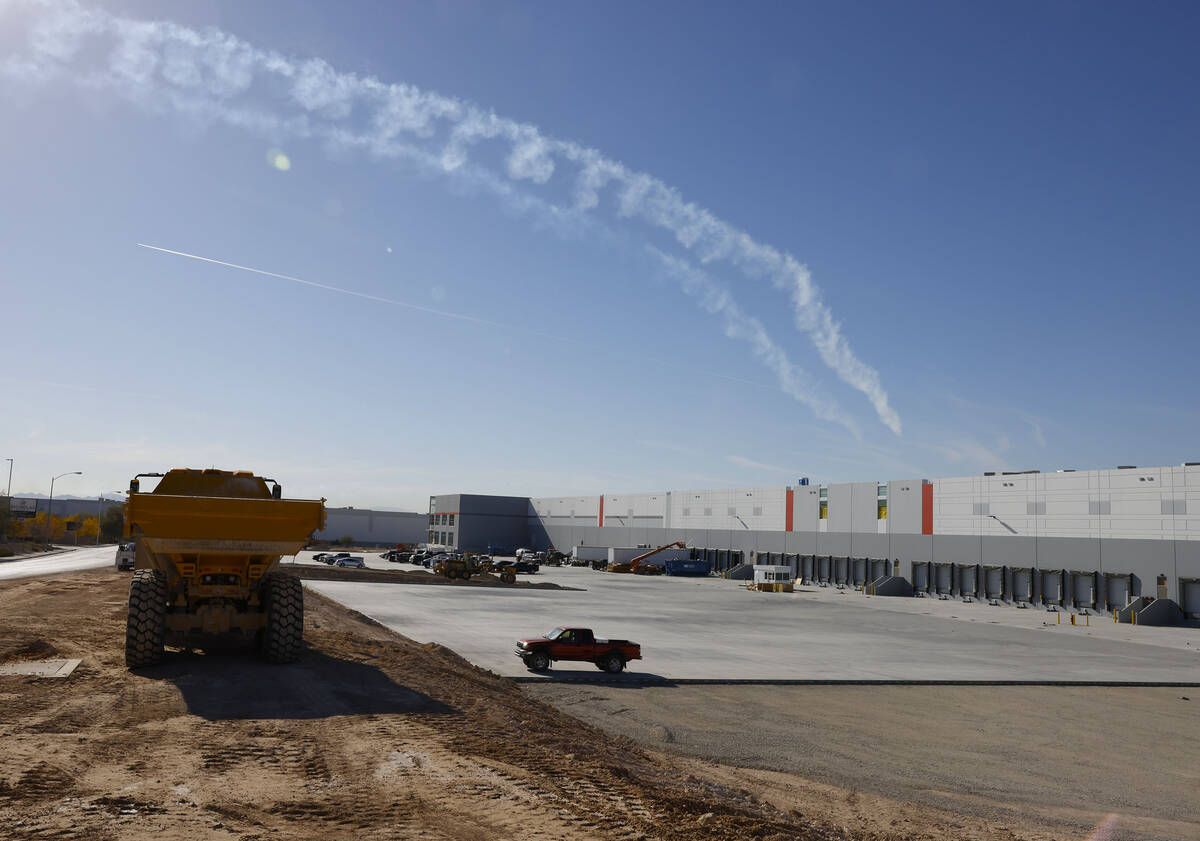 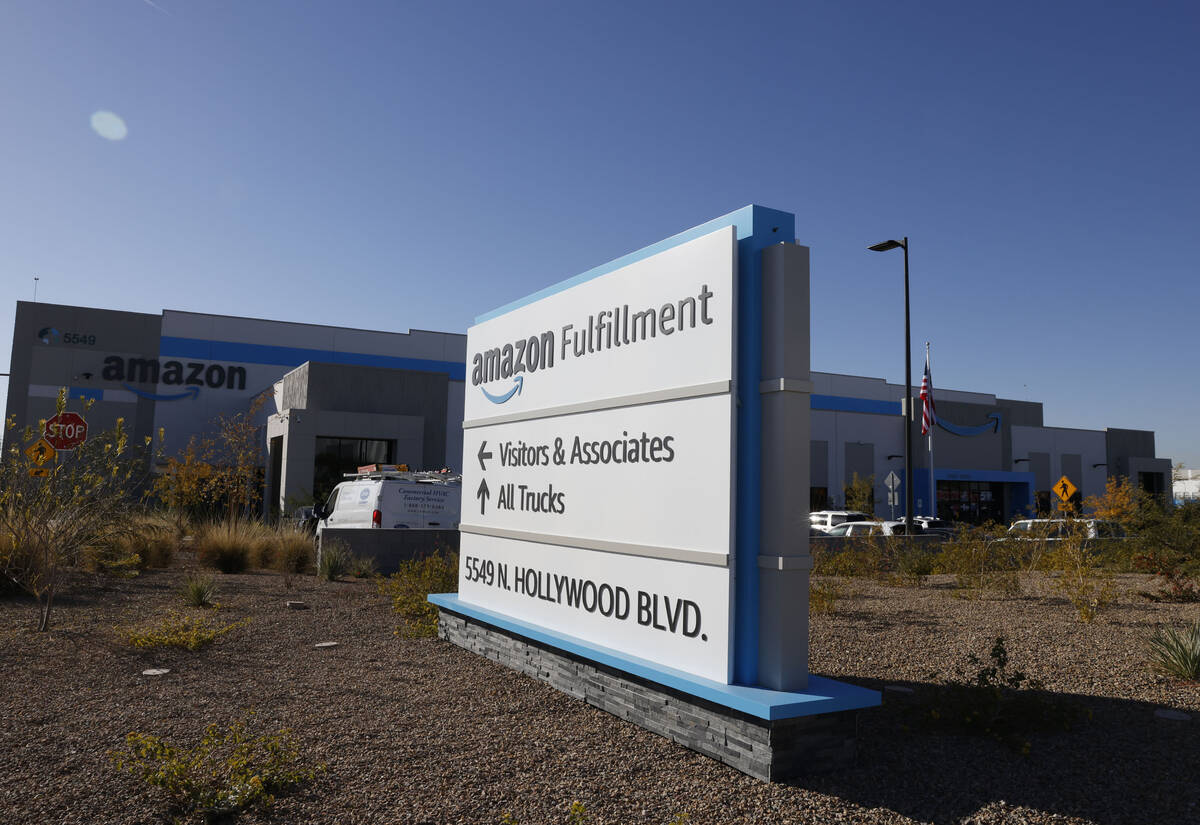 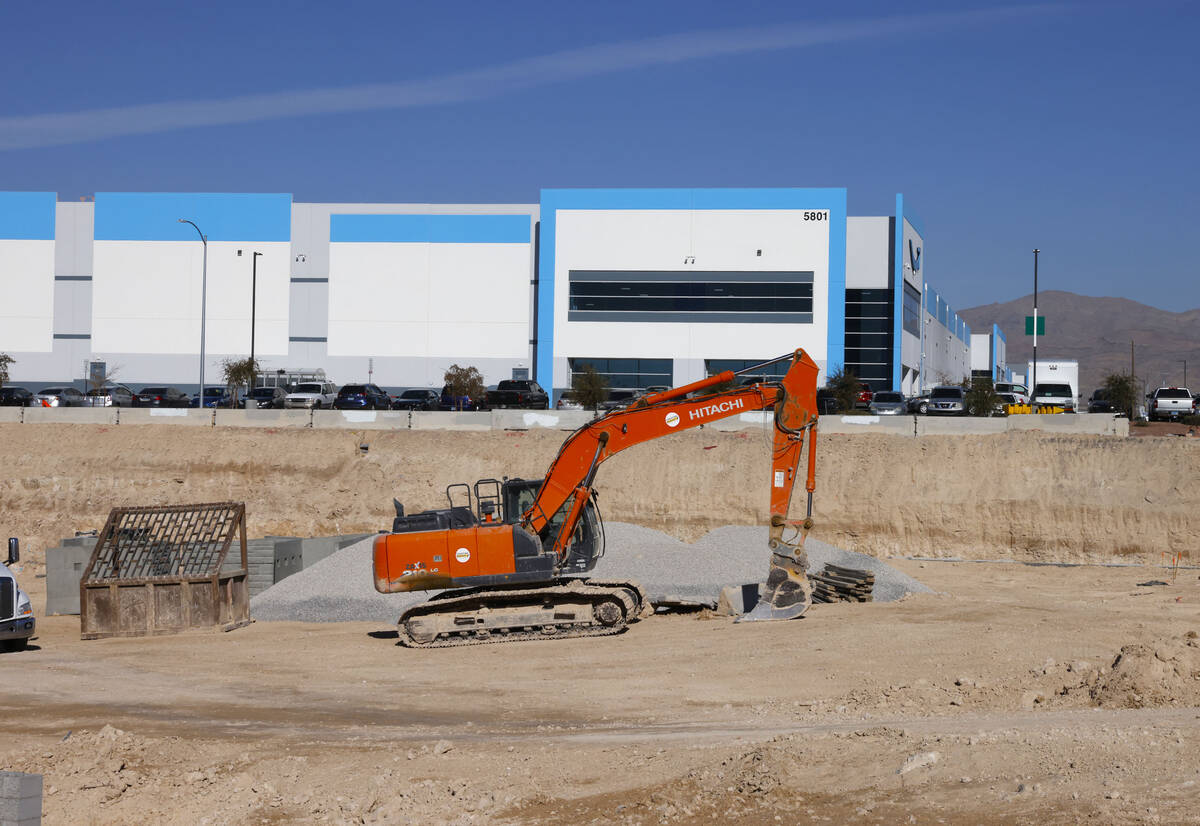 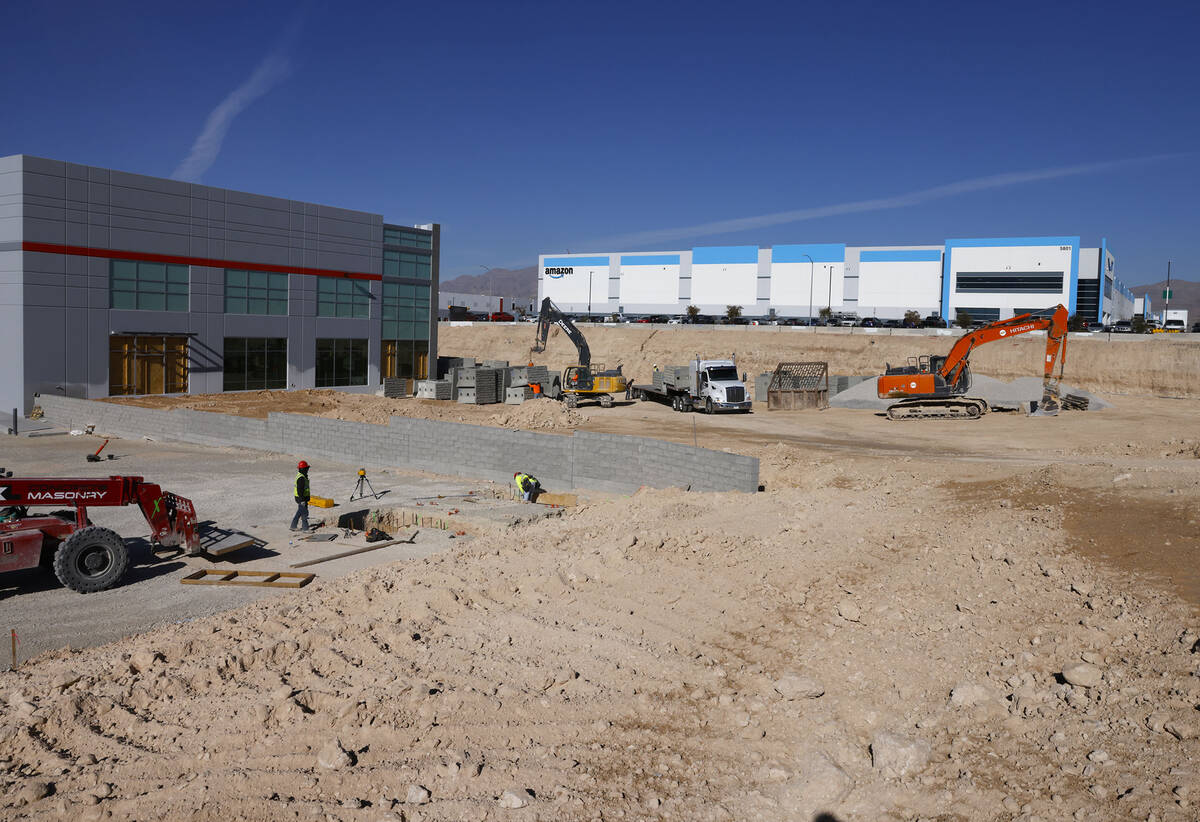 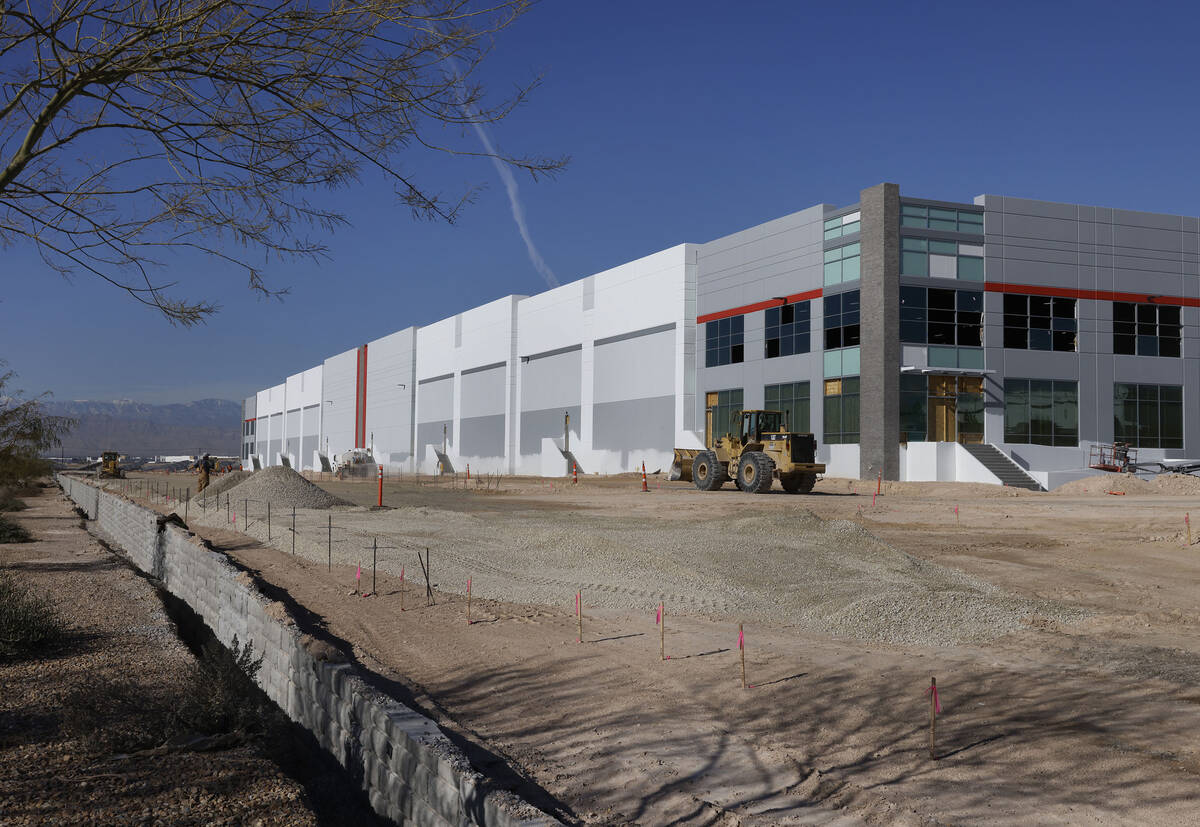 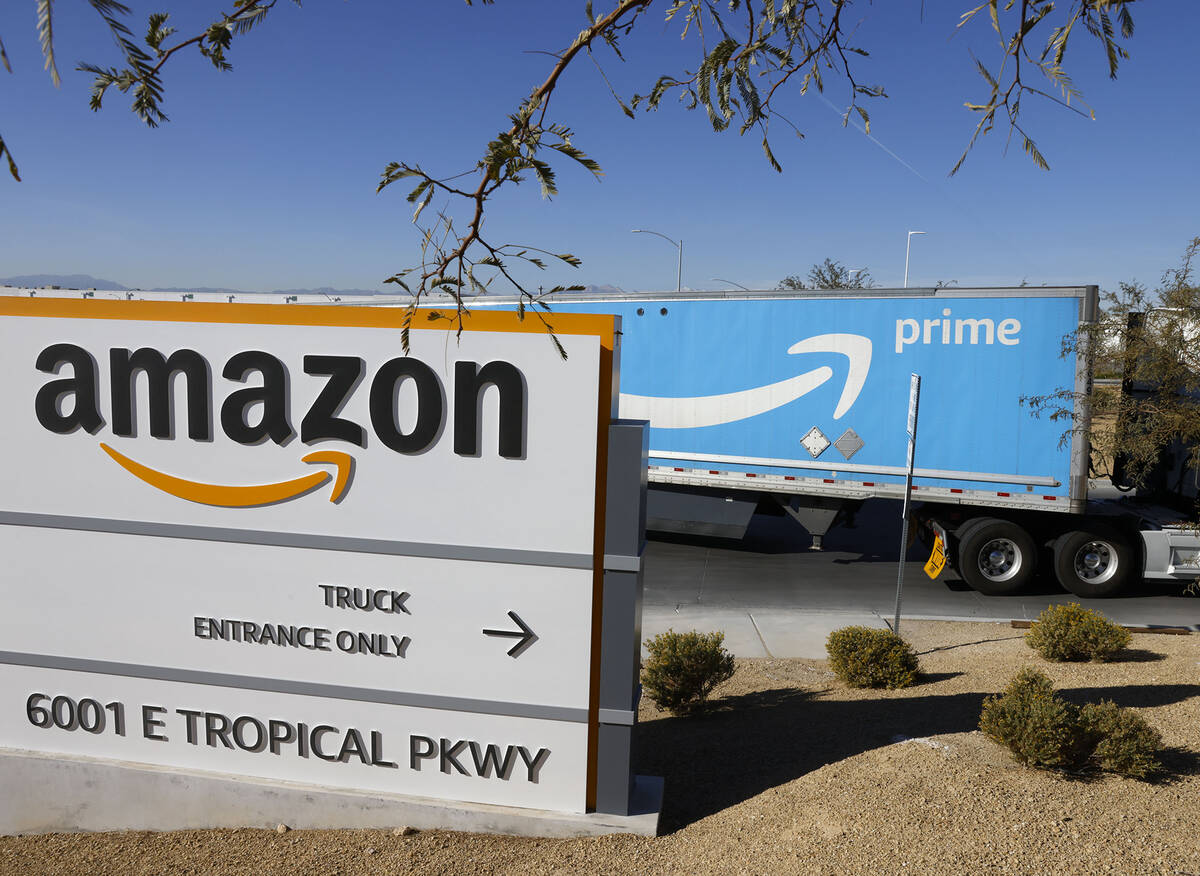 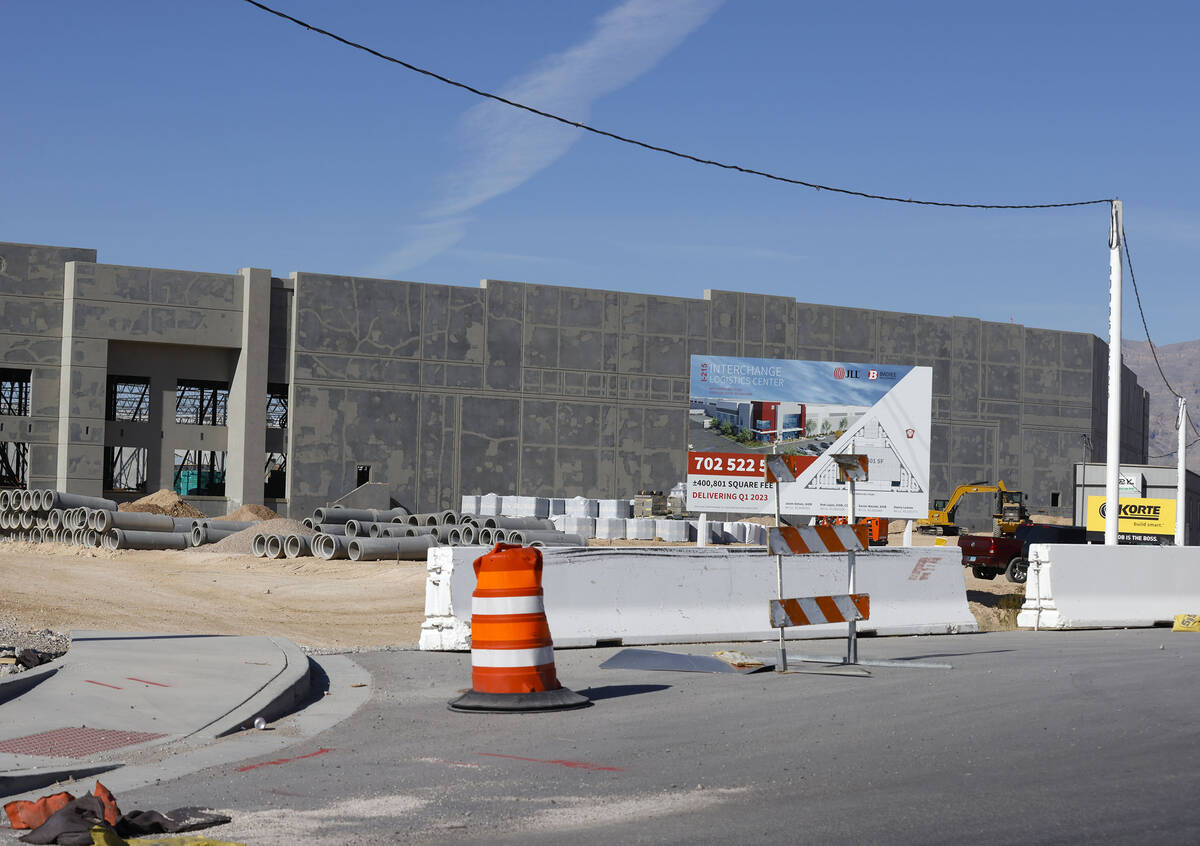 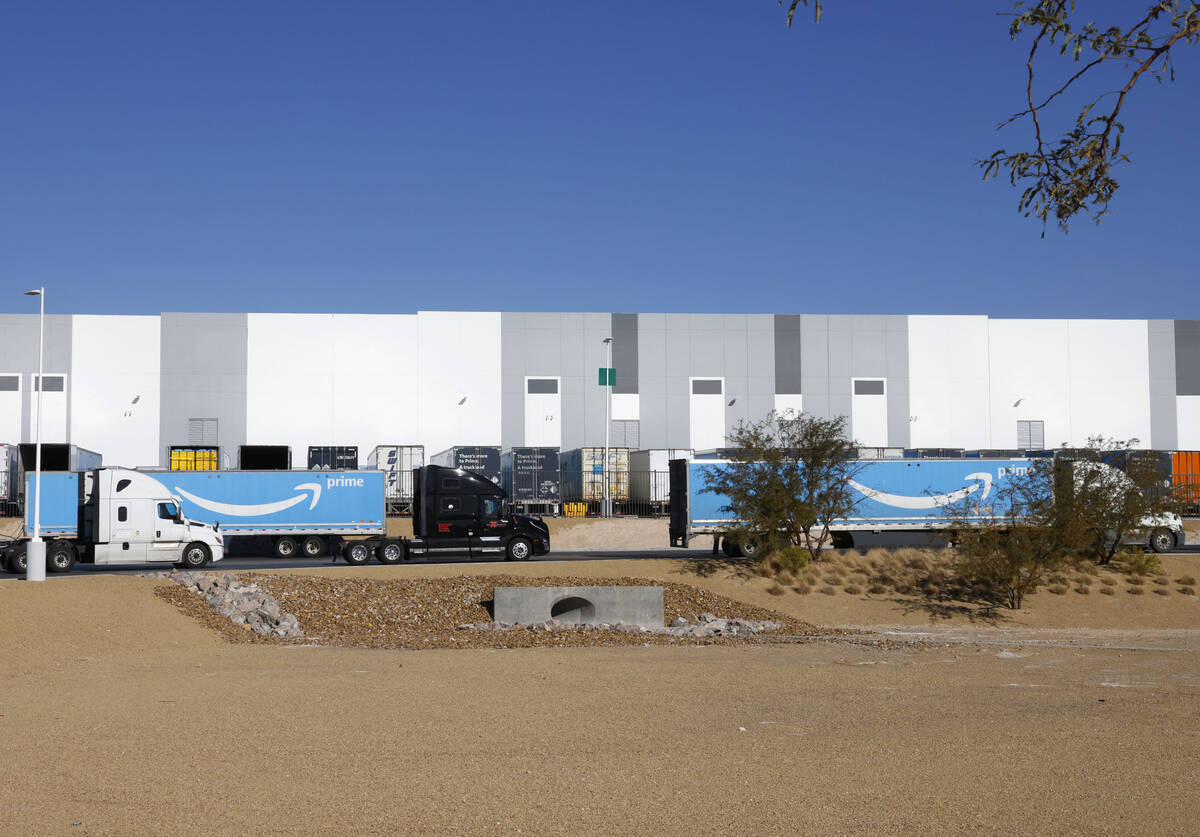 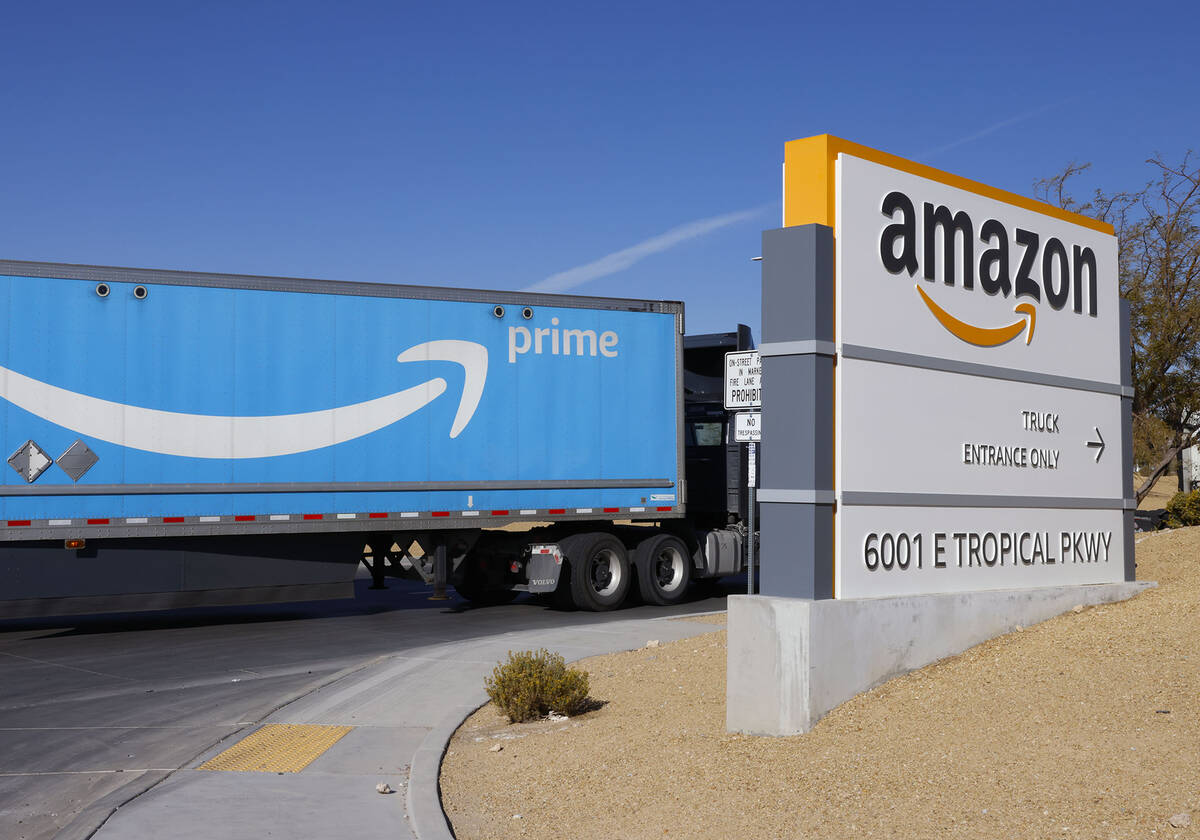 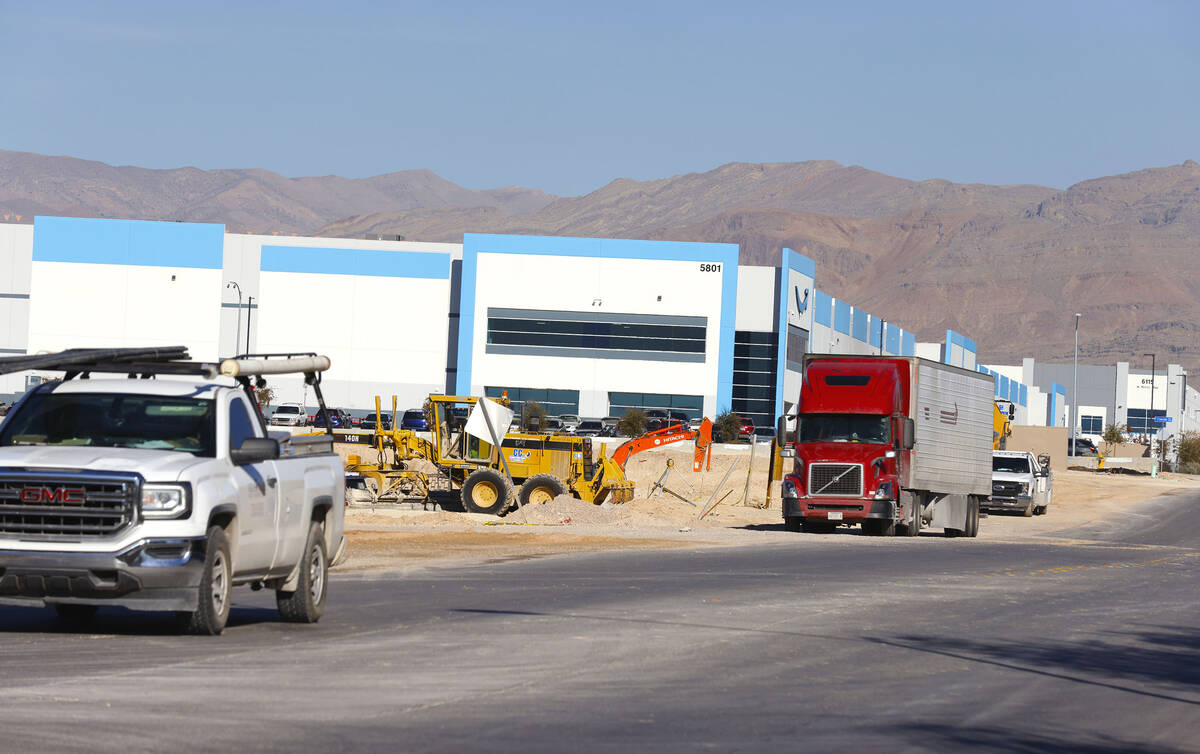 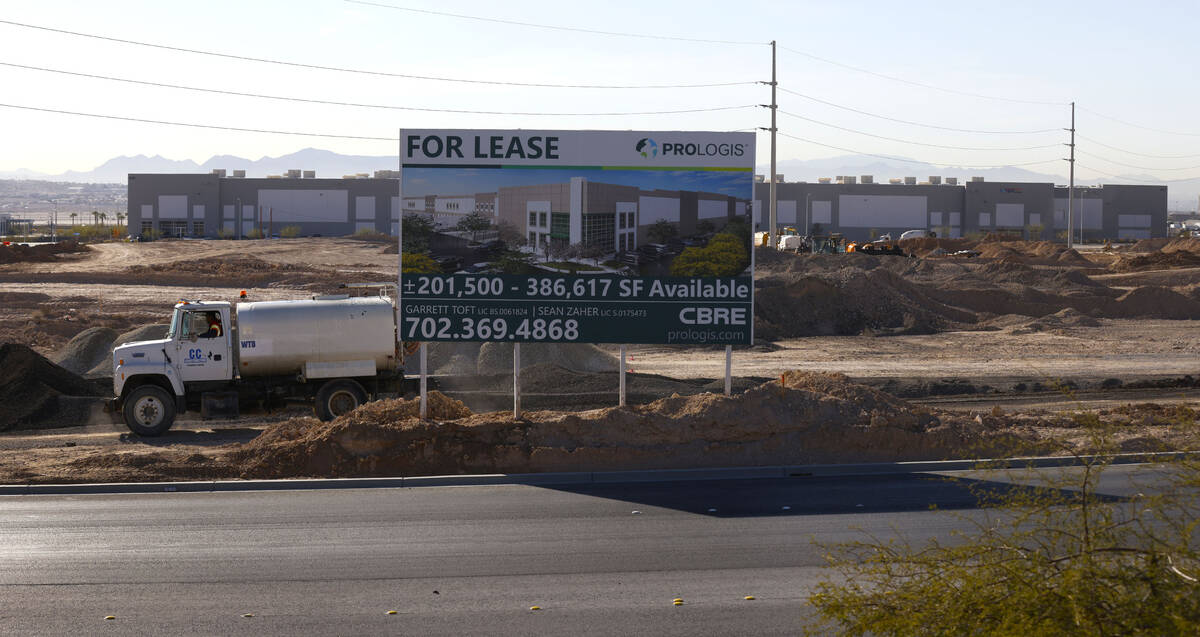 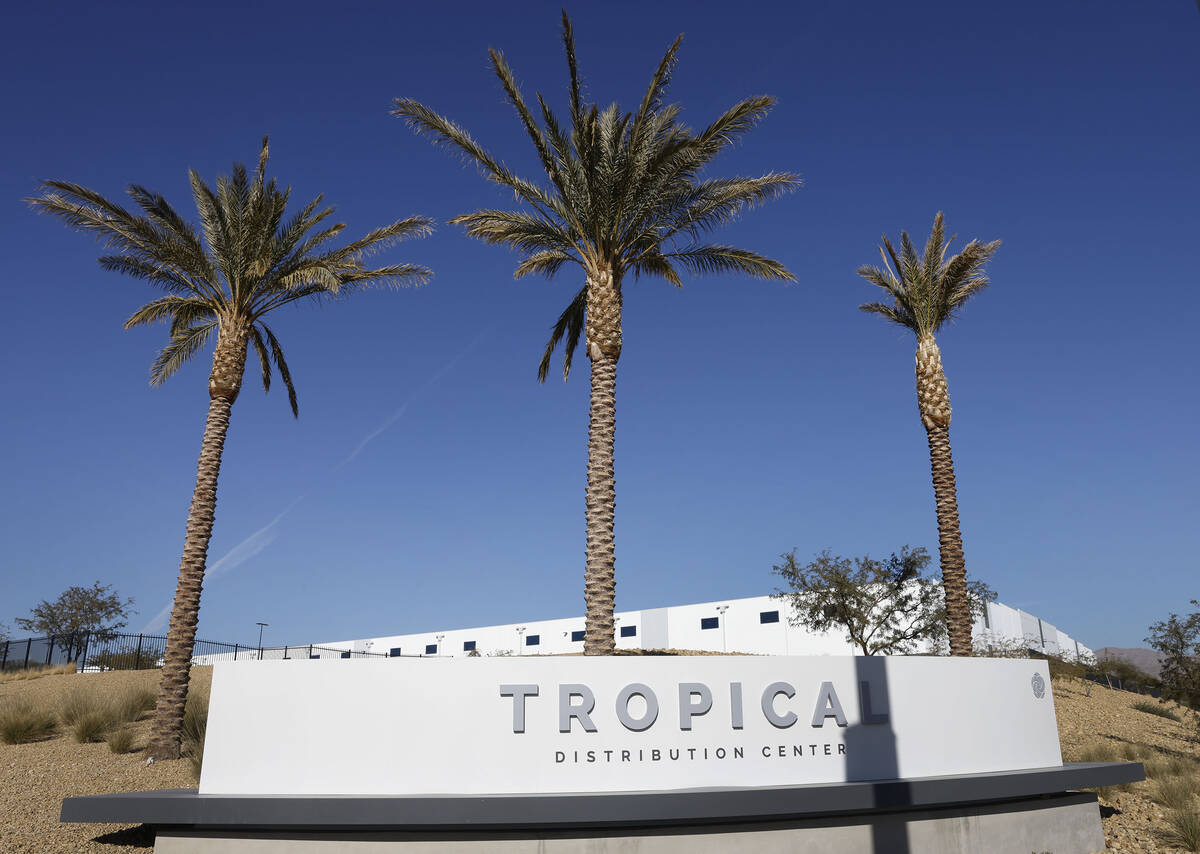 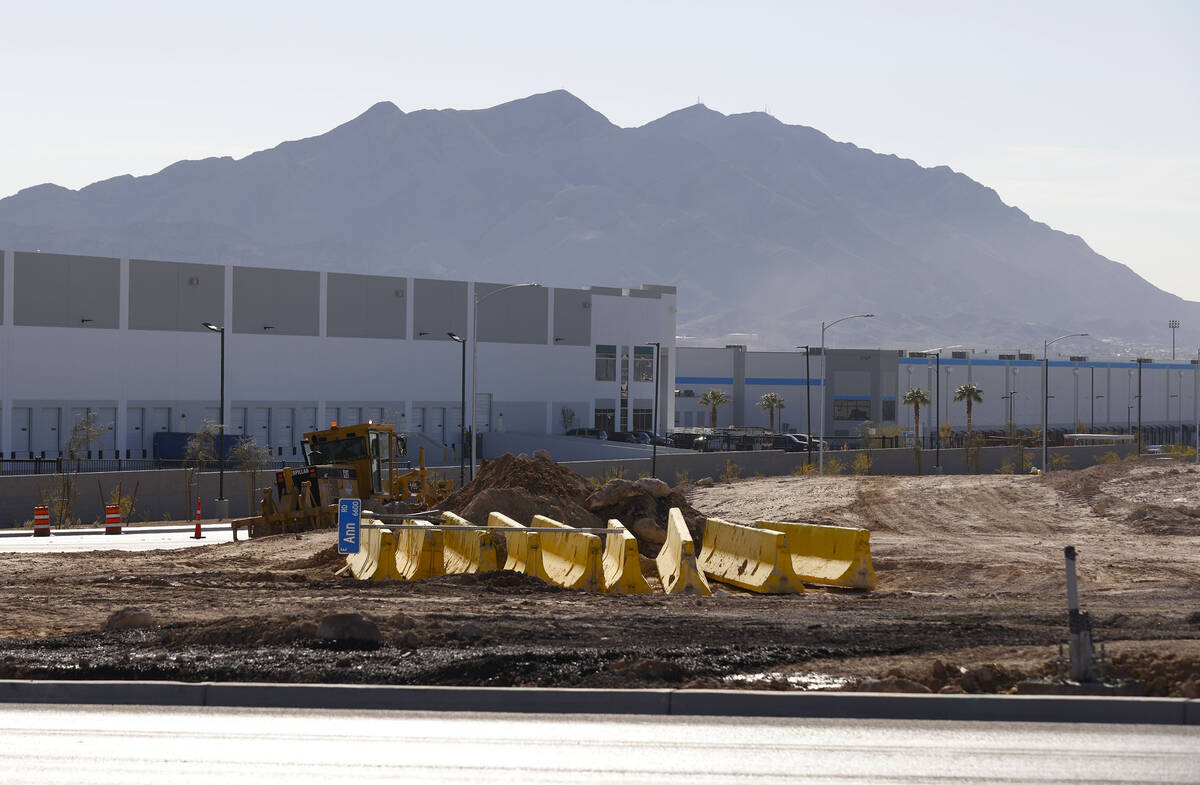 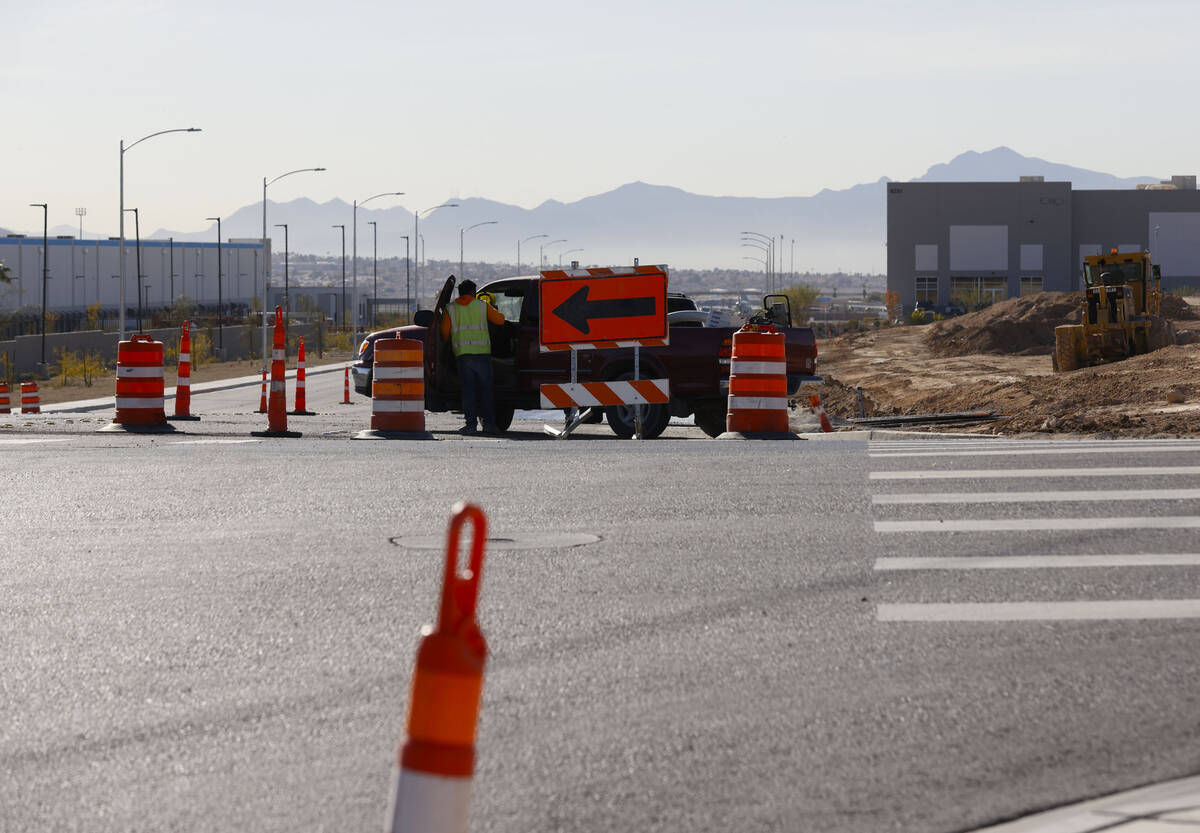 New projects also were poorly designed. Developers would squeeze a warehouse to the edge of its land, resulting in tight parking, bad loading areas and, Ogden recalled, it led to a nickname for such buildings.

“It was a broken box,” said Ogden, an industrial property broker with Logic Commercial Real Estate.

Firms still haul goods to the Strip, but the region’s warehouse market has exploded in growth — making Southern Nevada much more than a place where people deliver food, linens and the like to Las Vegas’ resort corridor.

Rising interest rates have taken some wind out of the market’s sails, industry pros say, and the U.S. economy has been wobbly. Plus, any real estate deal, and certainly any building boom, comes with risks.

But over the past several years, the local industrial market has undergone a transformation. Developers have flooded Southern Nevada with massive warehouse projects, especially in North Las Vegas; more tenants have been distributing products to other states; fierce demand for space has pushed vacancies to record-lows; and a rising tally of developers and other investors started doing deals here.

‘The secret got out’

Las Vegas’ warehouse market had been growing for years before the pandemic sent the sector into overdrive, as the public health crisis sparked an accelerated shift to online shopping that fueled demand for distribution space.

Taylor Arnett, first vice president of acquisitions at developer CapRock Partners, said his firm and others have been leasing projects “as quickly as we’ve ever seen it in any of our careers.”

Four or five years ago, it would typically take six to 12 months to lease a new project. Today, he added, it would be “strange” for a project to not have any leasing activity while still under construction.

Arnett, whose firm has built around 2 million square feet of industrial space in Southern Nevada, said it’s close to finishing another 700,000 square feet. Most of that new batch is pre-leased, he said.

Other signs of the warehouse boom:

— In September, a footwear brand owned by clogs maker Crocs Inc. announced plans for a roughly 730,000-square-foot distribution center in North Las Vegas — in a complex that broke ground this summer.

— A new industrial park near North Las Vegas Airport sold for more than $140 million in October, the month after construction finished, and was already fully leased.

— Last month, VanTrust Real Estate announced it started construction on the first two buildings of a 350-acre project it’s developing in North Las Vegas’ Apex Industrial Park, and it already signed a tenant for one of the buildings.

Overall, Southern Nevada has around 153 million square feet of industrial space, up from 123 million in 2017, according to data from John Stater, Colliers’ Las Vegas research manager.

Much of the construction in recent years has been speculative, meaning developers started projects without users lined up. But tenants have been plentiful. The market’s vacancy rate is just 1.3 percent, down from 4.5 percent in 2017.

Keith Earnest, executive vice president at VanTrust, said he viewed Southern Nevada as a “sleeper” market years ago, adding there “wasn’t much activity” in construction.

In recent years, however, other developers and landlords have entered the market.

“Unfortunately, the secret got out,” Earnest said.

In the mid-1990s, when Doug Roberts started working in Southern Nevada’s industrial market, there were some regional and national tenants. But the market was mostly dominated by firms that supplied Las Vegas’ resorts and convention facilities, he recalled.

New buildings also were typically smaller than what developers put up now. Back then, a big project was 200,000 to 250,000 square feet, said Roberts, a partner with Panattoni Development Co.

Southern Nevada had a big wave of warehouse construction in the early- and mid-2000s as the broader real estate market surged on easy money. But after the bubble burst and the economy tanked, industrial development largely ground to a halt.

Only around 52,700 square feet of industrial space was completed in 2011, after developers built more than 42 million square feet from 2000 through 2008, according to Stater’s numbers.

Rob Lujan, broker with Jones Lang LaSalle, said site locators probably skipped over Las Vegas a decade or so ago because the recession had crushed the local economy so badly.

“A lot of real estate groups just shied away,” he said.

In 2014, with the economy still limping out of the Great Recession, Las Vegas consulting firm RCG Economics cited “a gap between supply and demand” that indicated an opportunity for more industrial space in Southern Nevada.

“But many developers are not constructing new buildings,” the firm said in a report.

By 2015, other spec projects were in the works, including by Panattoni.

“It’s a gamble, there’s no doubt about it,” Roberts told the Las Vegas Sun at the time. “But we think we’re right.”

Las Vegas’ casino-heavy economy has long been fueled by tourism. But amid the growth of e-commerce, distributors found reasons to set up shop here.

The ports of Los Angeles and Long Beach are about 300 miles away, and truckers leaving Las Vegas can service about 20 percent of the U.S. population in a day’s drive, industry pros say.

Warehouse construction surged with more than 5.3 million square feet of industrial space completed in Southern Nevada in 2019, up from about 1.4 million in 2015, according to Colliers.

By housing merchandise for teams in Nevada, California, Washington and other states, it has been able to “cut down on delivery times to these fans,” a spokesperson said.

Overall, the number of tenants in Las Vegas from around the United States is “magnitudes higher than it was just 10 years ago,” Colliers’ Stater said.

Amazon has an especially big footprint with 15 locations in Southern Nevada, the company said.

Its ubiquitous blue delivery vans can be seen all over the Las Vegas Valley, and Amazon operates multiple big industrial buildings near Las Vegas Motor Speedway.

Landlords have paid rising prices for Amazon’s buildings there, too.

In April, a Boston investment firm acquired an 857,000-square-foot Amazon warehouse for $226.4 million as part of a two-building acquisition along Tropical Parkway off Interstate 15, property records show.

Sam Bailey, manager of economic development policy at Amazon, told the Review-Journal that Las Vegas can serve the Mountain West region “quite well” and back up or support such markets as California and Phoenix.

He cited Las Vegas’ available land, access to talent and geographic location that, he said, is conducive to routing goods.

As a result, Southern Nevada has been able to “step forward as a competitive market for distribution and e-commerce,” Bailey said.

Southern Nevada also has a track record of going gung-ho for real estate. Over the last few years, amid a surge of investor spending, industrial property values were driven so high it was “almost comparable to the housing bubble,” said CapRock’s Arnett.

But, he added, “the balloon is slowly losing air.”

The Federal Reserve has raised interest rates multiple times this year in a bid to fight inflation, driving up real estate financing costs for everyone from homebuyers to commercial property investors.

“Groups just can’t afford to pay what they once could for properties,” he said.

Also, people will continue to shop online, but if e-commerce spending slows, demand for warehouse space could be affected.

“The question then is, when are your loans coming due? How long can you wait for the economy to come back?” Stater said.

For now, demand for warehouse space is “outpacing supply,” with firms still hunting for buildings, said Earnest of VanTrust.

“With that vacancy rate, you feel pretty confident,” he said.