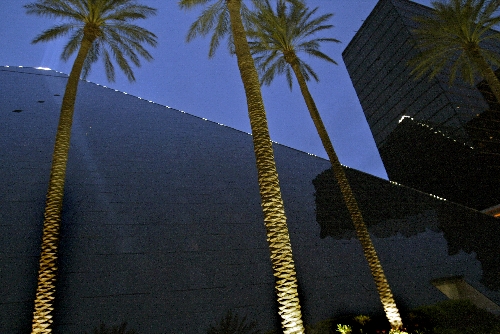 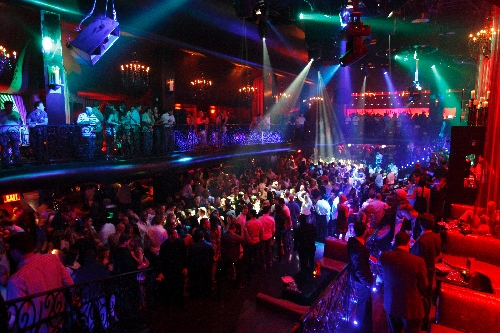 The tower of Pisa leans. The sphinx of Egypt has lost its nose. And the Luxor pyramid on the Strip may be compacting itself, like the spine of a person with osteoporosis.

The Clark County building division in mid-July ordered the Luxor to vacate a section of the pyramid building’s basement level, which holds various offices not open to the public. The order came after Lochsa Engineering did a study for MGM Resorts International, which owns the hotel-casino. MGM hired the firm when county inspectors, in March, found two unfinished support columns in the pyramid’s basement.

Lochsa determined the two unfinished columns were not part of the building’s original plans. But MGM completed the columns anyway and is now evaluating how to further strengthen the structure. Lochsa also looked at the “load bearing capacity” of the pyramid’s casino level — which is over the basement.

The basement closure is below, but “near the main entrance of the subject property,” according to the county’s July 16 notice of violation. The document says completion of the two “partially cast concrete columns … will not fully resolve the structural repair requirements” for the casino level’s “deficient slab.”

As a result of the county’s July 16 order to vacate part of the basement, the Luxor’s human-resources department has temporarily relocated. The emptied space, near the floor’s southeast corner, has now been shored up with temporary supports, which will stay until a final fix is agreed upon and carried out. County engineers are allowing the portion of casino floor over the vacated basement to remain in use.

Ron Lynn, the county’s top building official, wrote MGM Resorts a letter dated Aug. 30, ordering an engineer to visually inspect the entire casino level and to review the original load calculations. The Aug. 30 letter also asks the resort company to “provide details of any required corrective action” by the end of September.

MGM Resorts has already submitted some of its corrective plan, MGM spokesman Gordon Absher said at the end of this past week. But he declined to describe the proposed fix until all proposals are approved by the county.

“The Luxor casino level has been through a series of modifications since its initial construction,” Lynn wrote on Aug. 30. “This, combined with the building’s unusual configuration and recent field review, establishes the need to conduct an evaluation … of the existing floor area.” The LAX nightclub, on the casino level, now occupies some of the floor slab in question.

Absher acknowledged last week that the structural issue emerged after county inspectors began a routine facility inspection of the Luxor in February.

“Something we did not know about was discovered,” Absher said about the columns, the top portions of which were hidden above the dropped ceiling of a basement office. “We want to work with the county to satisfy everyone’s safety concerns.”

The Luxor’s inspection is part of the county’s new program to regularly inspect large facilities, including hotel-casinos. The new program has shown its worth by detecting the Luxor’s structural issue, Lynn told the Review-Journal by written statement.

The program began in late 2008, as the county’s response to the Review-Journal’s discovery in late 2007 of extensive undocumented remodeling at several local Harrah’s hotels. The work had been done without permits or inspections, and some of the remodeling proved to be substandard.

After the newspaper coverage, the county commissioners hired independent New York consultant Michael Kessler, who documented deficiencies in the county’s oversight of existing buildings, which used to be inspected only if a safety complaint was received or a permit was pulled for remodeling or expansion.

The structural issue involving the pyramid, which opened in 1993, does not affect the Luxor’s two nearby step-shaped guest towers, which were added later. To date, the Luxor’s ongoing inspection has generated 1,129 correction notices and notices of violation, according to a search of the county’s website. Items range from the great — such as the casino slab problem — to small points of maintenance.

In 2005, the Luxor — along with other hotel-casinos in the Mandalay Resort Group — was purchased by MGM Resorts International, which was then known as MGM Mirage.

In 2007, the company undertook a major renovation of the Luxor, installing some new amenities — including LAX — and de-emphasizing some of the Luxor’s interior Egyptian touches.

In early 2008, the Cathouse, another club on the Luxor casino floor, temporarily shut down two months after opening for structural repairs of its second-story loft, which had shifted. Absher said the Cathouse incident was not connected to the present structural issue.