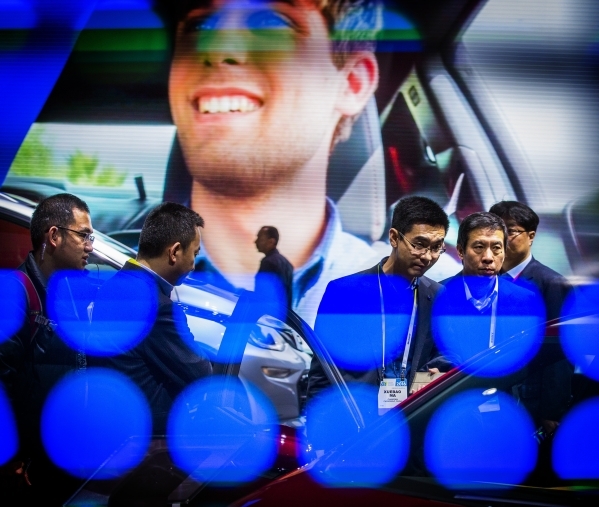 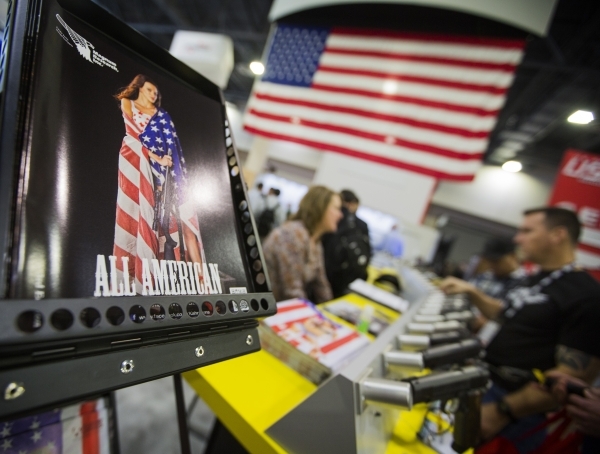 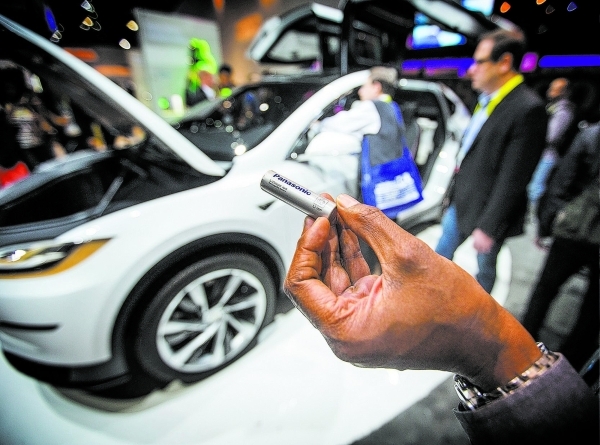 A representative of Panasonic shows a one of the thousands of batteries that will power the Tesla Model X pre-production pro type seen in the background at the Panasonic booth during the Consumer Electronics Show at the Las Vegas Convention Center on Friday, Jan. 9, 2015. The all-electric seven-seat crossover utility vehicle is schedule to be go on sale later this year. Tesla and Panasonic are partnering on the battery gigafactory currently under 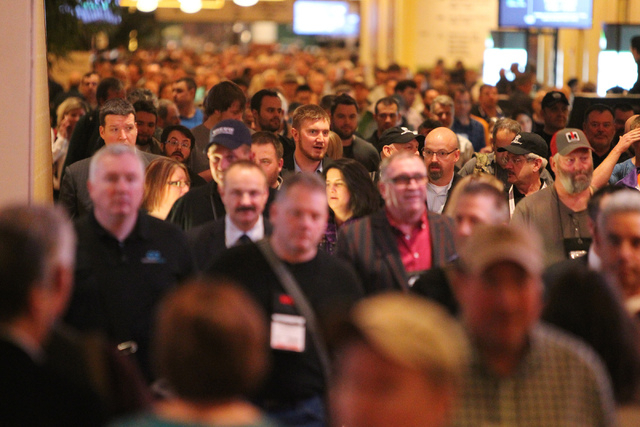 The big convention month, bolstered by CES, the National Association of Home Builders trade show and the Shooting, Hunting, Outdoor Trade Show meeting here, bumped midweek hotel rates up and lifted the average daily room rate for the month by 6.5 percent to $144.88. The average rate for all of 2015 was just under $120.

The authority reported convention attendance up by 12.5 percent to 767,726 people. The number of conventions and meetings climbed significantly during the month, up 17.2 percent over last year to 1,966.

It was the highest convention attendance since February 2008 when 890,000 people attended shows in Southern Nevada.

The airlines stayed busy getting visitors to the city, and the highways leading to Las Vegas were used more than a year ago.

The average daily vehicle traffic on all major highways leading to Las Vegas averaged 102,525 vehicles a day, an 11.2 percent increase over January 2015. It was the 11th straight month that vehicular traffic pushed past the 100,000 mark.

The average daily vehicle traffic on Interstate 15 at the California-Nevada line averaged 40,219 vehicles a day, a 6.7 percent increase over January 2015.

The Nevada Department of Transportation, which monitors highway counts, noted the numbers are a blend of local and tourist traffic.

The authority also monitors tourism in Laughlin and Mesquite, and January proved to be a tale of two cities at opposite ends of success.

Room occupancy was down 5 percentage points to 51.5 percent in Laughlin, but up 1.7 points to 72.1 percent in Mesquite.

Laughlin has continually been challenged by competition from the Southern California tribal casino market.