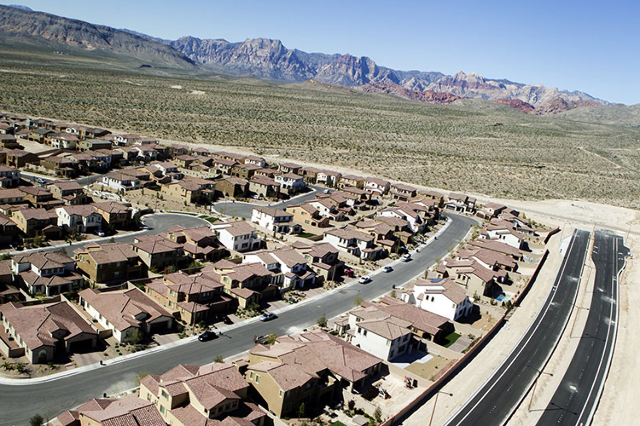 The Las Vegas housing market ended 2015 on a solid note, with stable appreciation and a healthy gain in home sales, according to a new report.

The median price of a single-family resale home rose 6.4 percent year over year in December, capping the year at $217,000, the Greater Las Vegas Association of Realtors said Wednesday.

Association representatives called 2015 the steadiest year for local housing in at least 10 years.

“I think 2015 will be remembered as the year the local housing market stabilized after the roller-coaster ride we had been on during the past decade or so,” GLVAR president Scott Beaudry said. “I think most people prefer the more steady and more predictable housing market we had last year.”

Distressed sales continued to slump. Short sales, in which a bank allows a homeowner to sell for less than what’s owed on the mortgage, fell to 6.8 percent of the market in December, down from 10 percent a year earlier. Another 6.9 percent of sales were bank-owned, down from 8 percent a year ago.