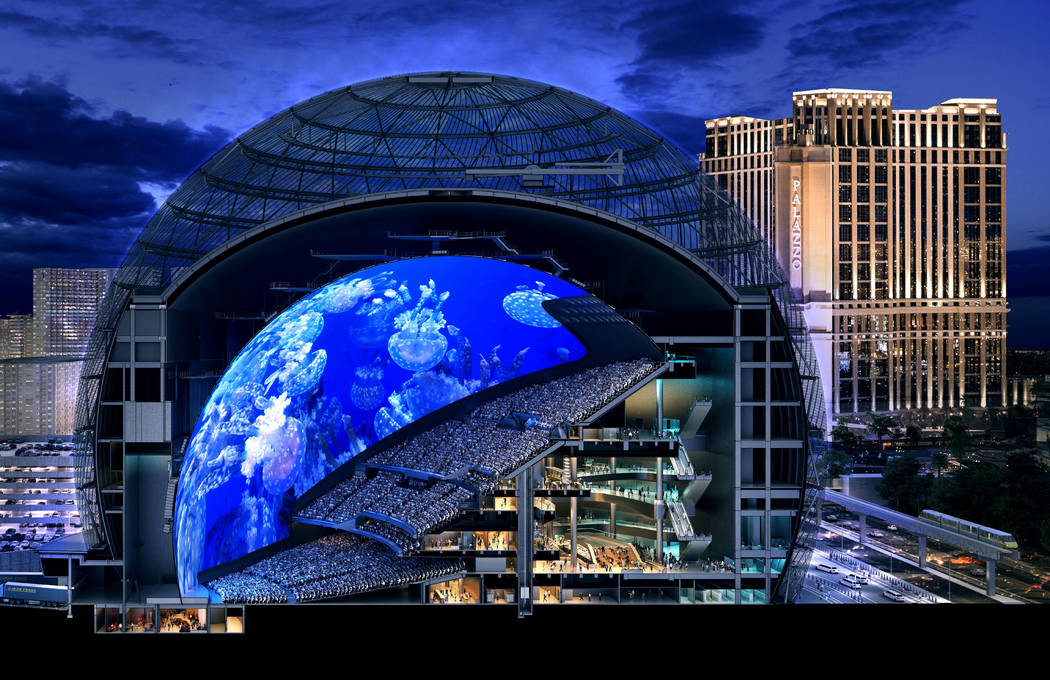 A rendered cross section of MSG Sphere at The Venetian. The state-of-the-art venue will have nine levels and 875,000 square feet of interior space. (The Madison Square Garden Company)

The cost of the under-construction MSG Sphere at The Venetian is giving investors the jitters.

Analysts on Tuesday’s call were left with limited answers on what to expect going forward.

“Do you see a similar path toward double-digit returns on this level of spend or is there a different return profile we should have in mind?” analyst Bryan Goldberg with Bank of America Merrill Lynch asked.

MSG President Andrew Lustgarten responded with more details of the venue. However, the company noted in documents filed with the Securities and Exchange Commission that it anticipates “MSG Sphere in Las Vegas will generate substantial incremental revenue and adjusted operating income on an annual basis.”

Goldberg also asked the discrepancy between the company’s cost forecast and AECOM’s forecast, asking “when do you expect to land on a final benchmark figure, and is this an item you intend to disclose going forward?”

MSG Executive Vice President and Chief Financial Officer Victoria Mink responded with, “We think it could run into the fall. It also could be extended further and, of course, we will see when that’s resolved with the appropriate disclosure would be at that time.”

BTIG analyst Brandon Ross also commented on the “wide gulf” between the two figures and went on to ask about the timing of plans to spin off the company’s professional sports teams, the New York Knicks of the NBA and the New York Rangers of the NHL, to help finance the project in part.

“We acknowledge, it’s taken a little longer than we would have liked,” Lustgarten said in response referencing the spin-off. “We’re fully committed to moving it forward, and it’s just a process and we’re working our way through it.”

Las Vegas Sands Corp. spokesman Ron Reese said Tuesday the cost of Sphere construction will not affect the company, which contributed the site as part of its partnership with MSG.

This story has been updated to clarify information related to the project’s financing.