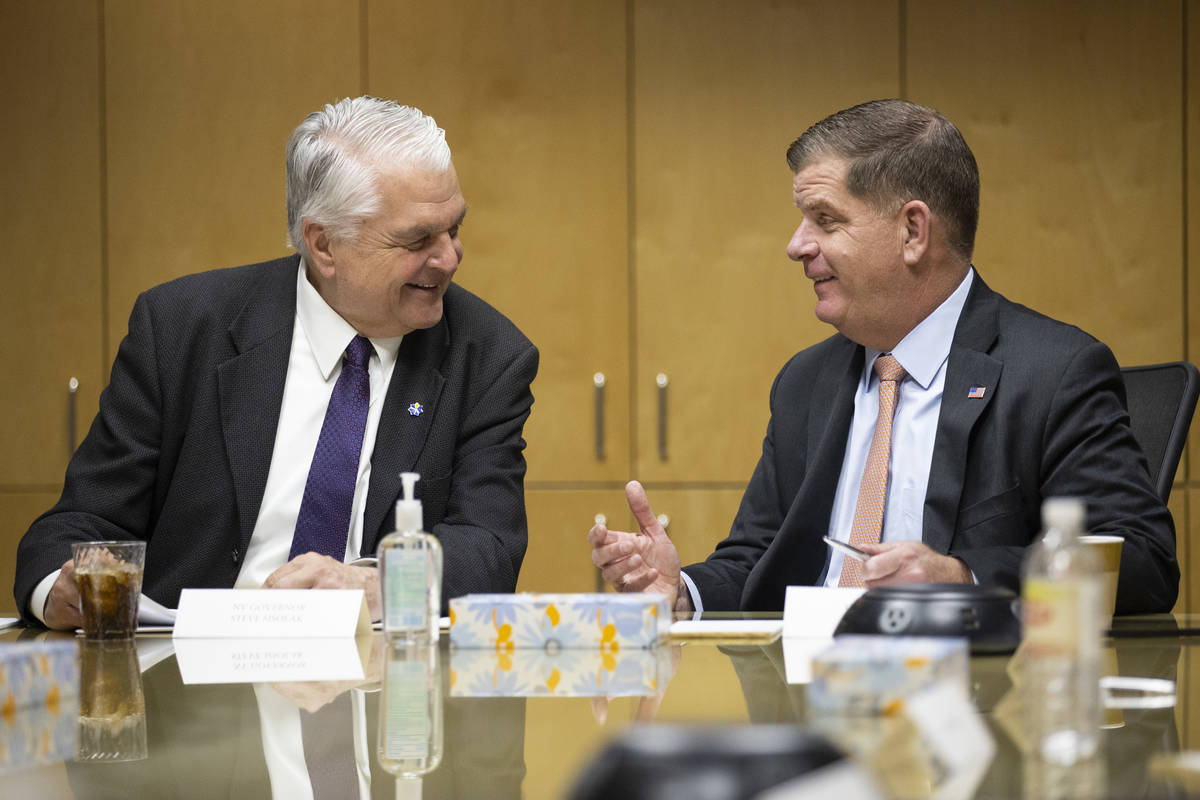 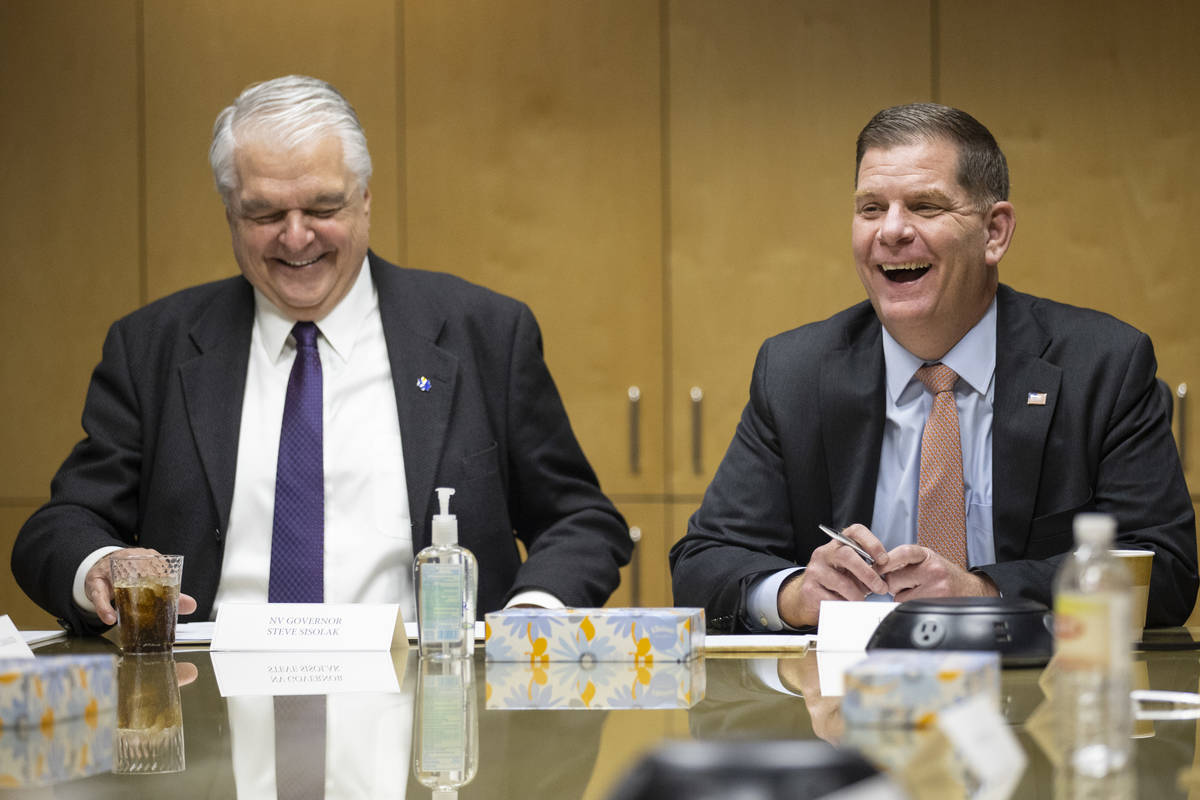 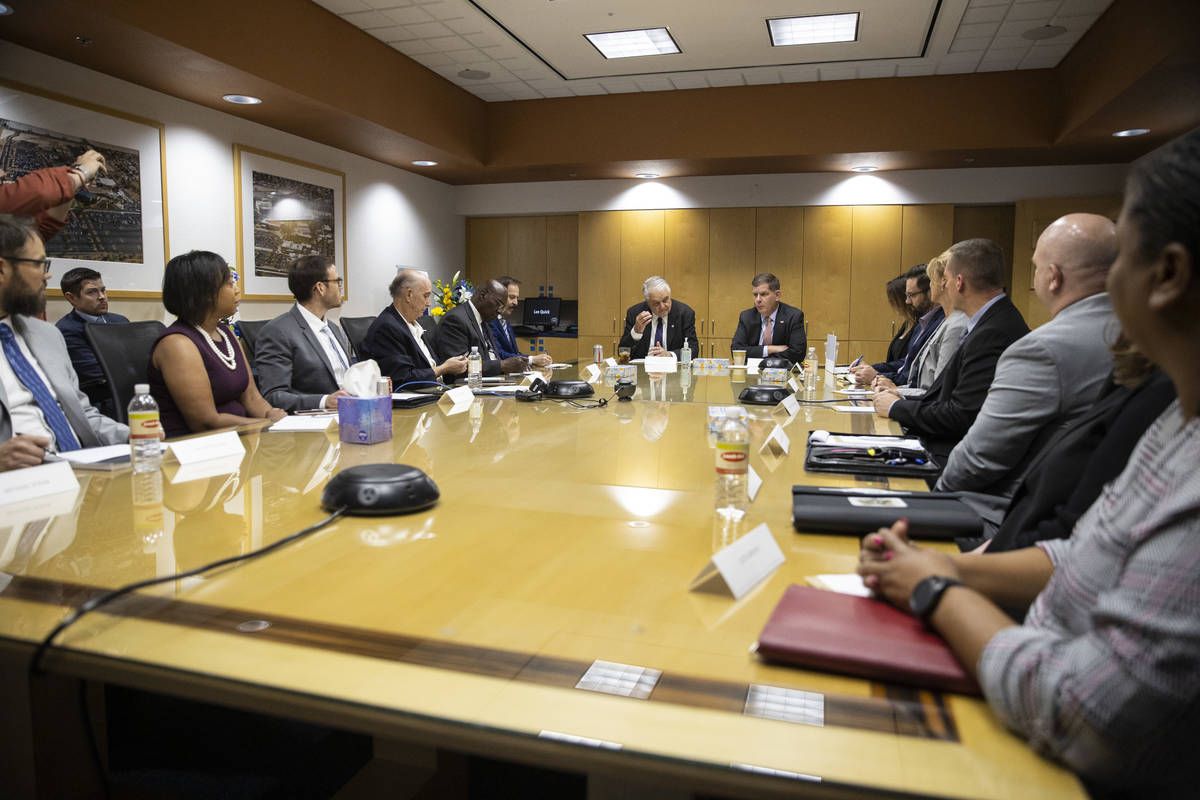 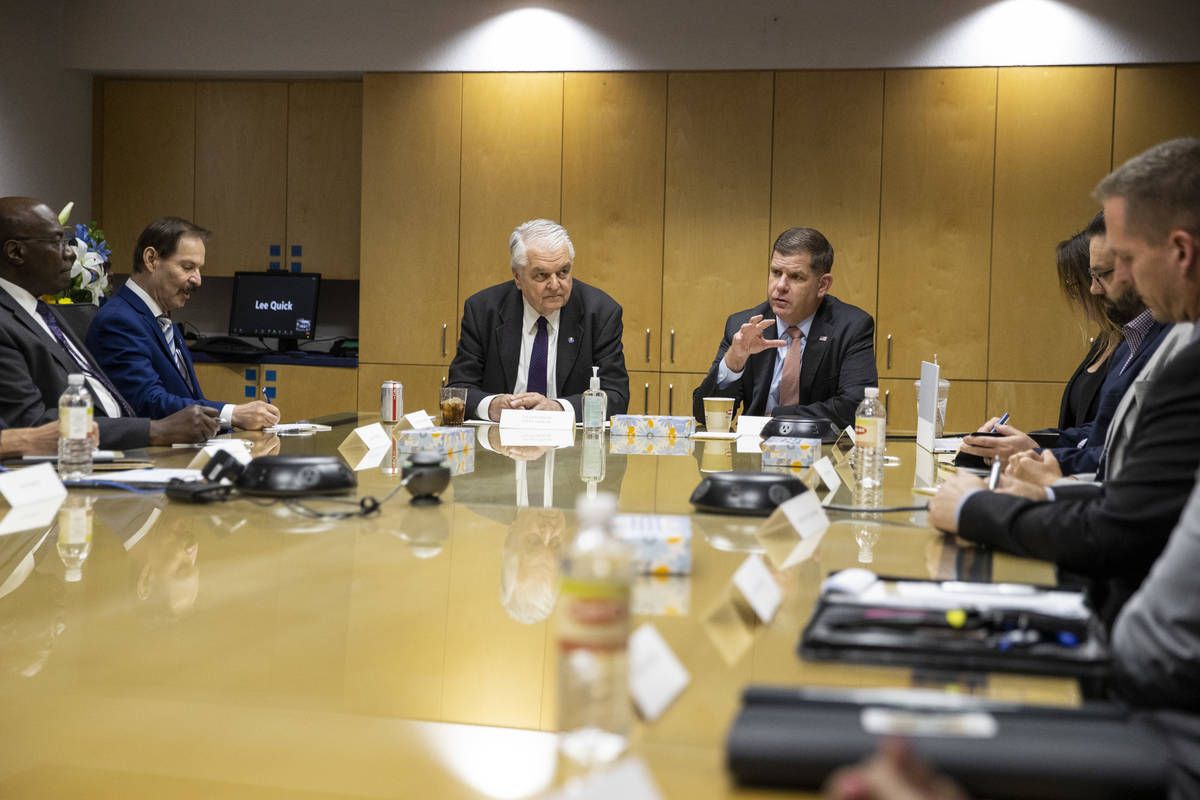 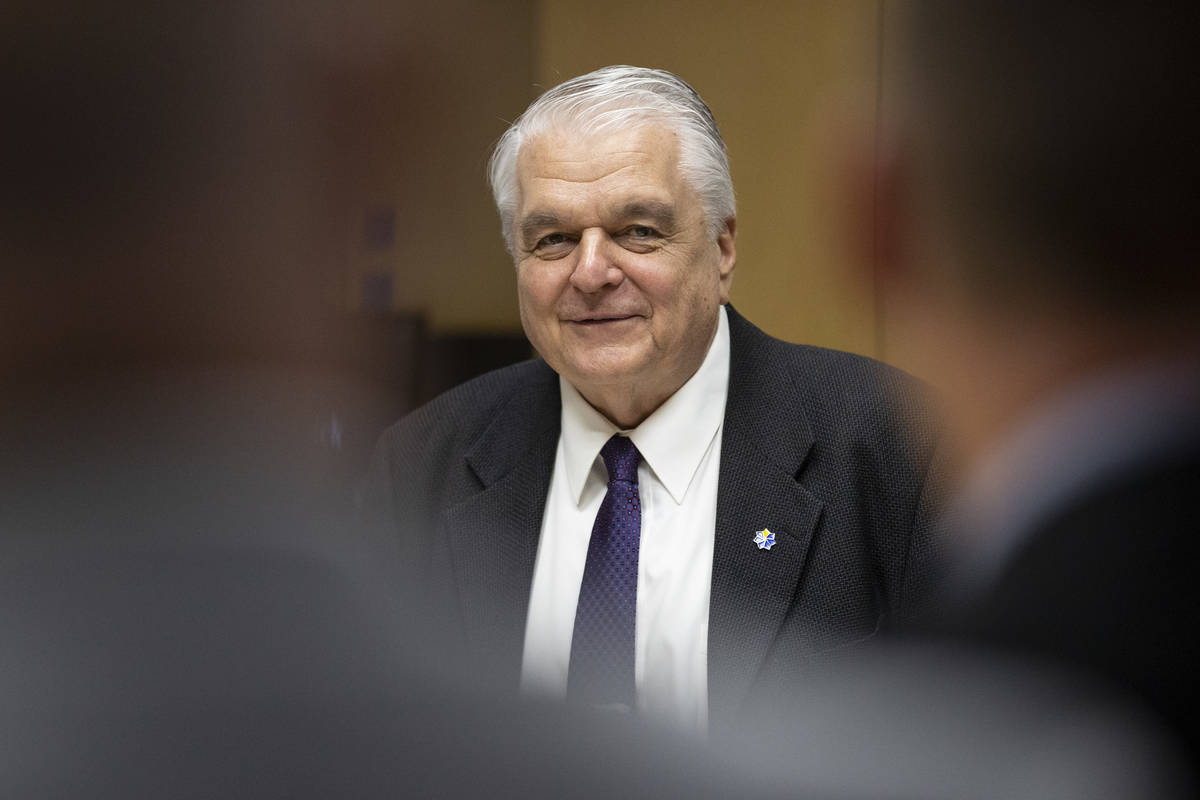 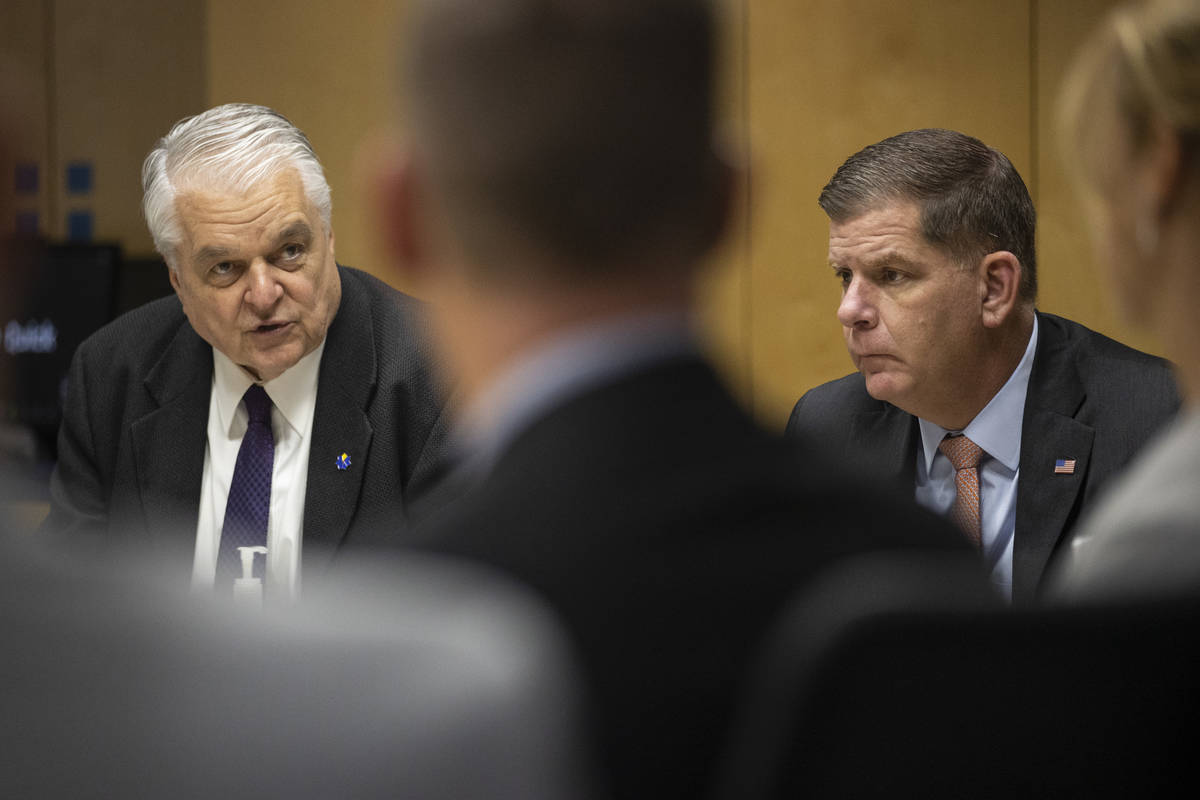 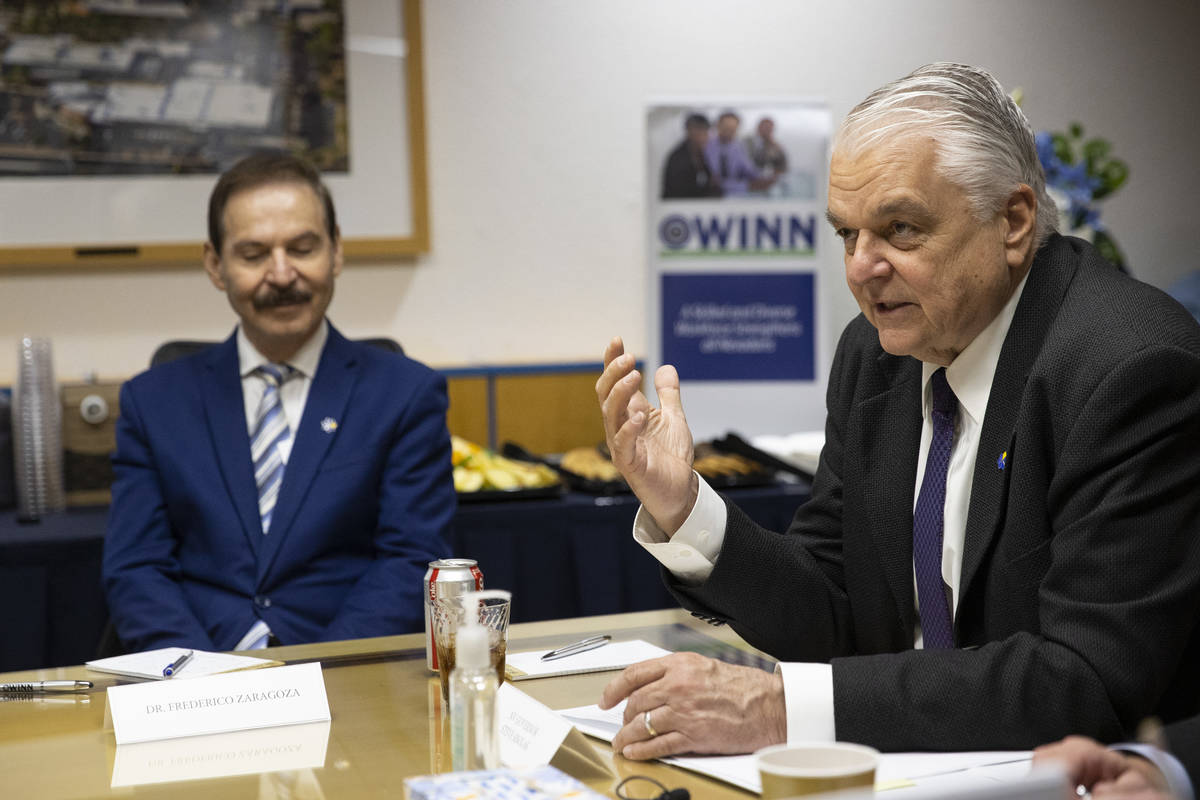 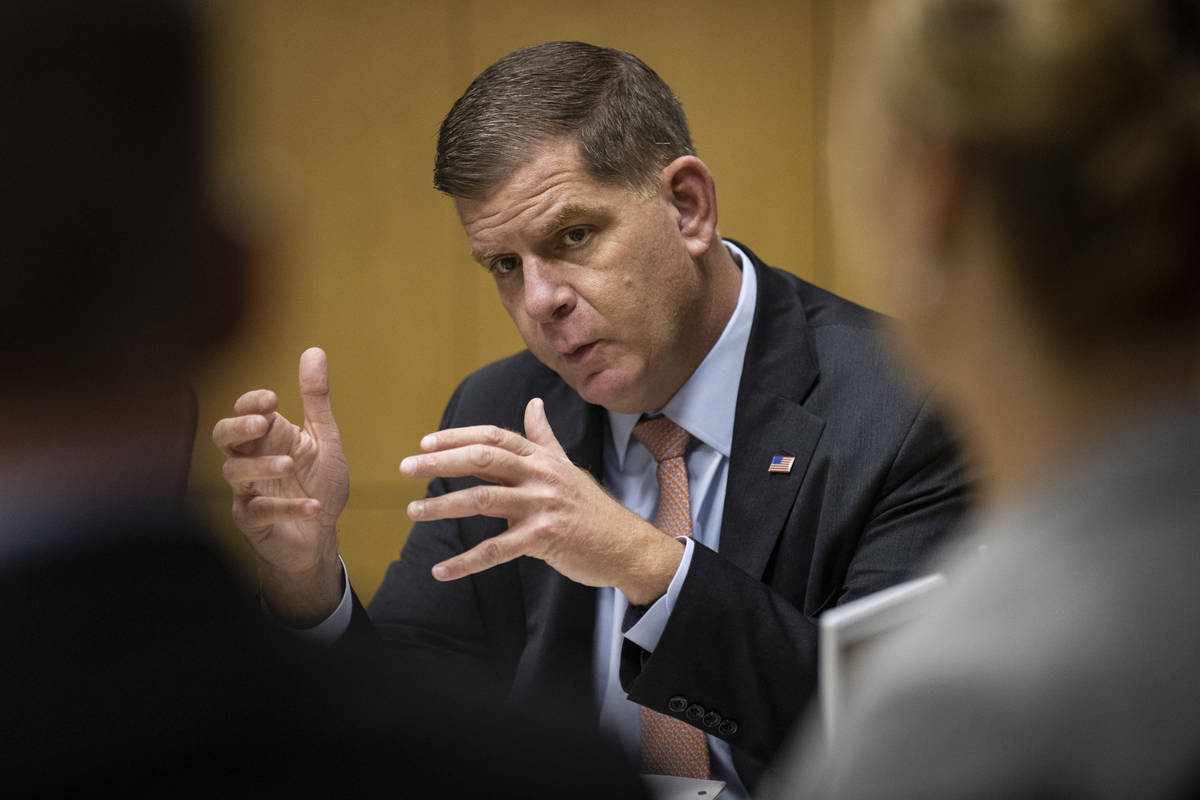 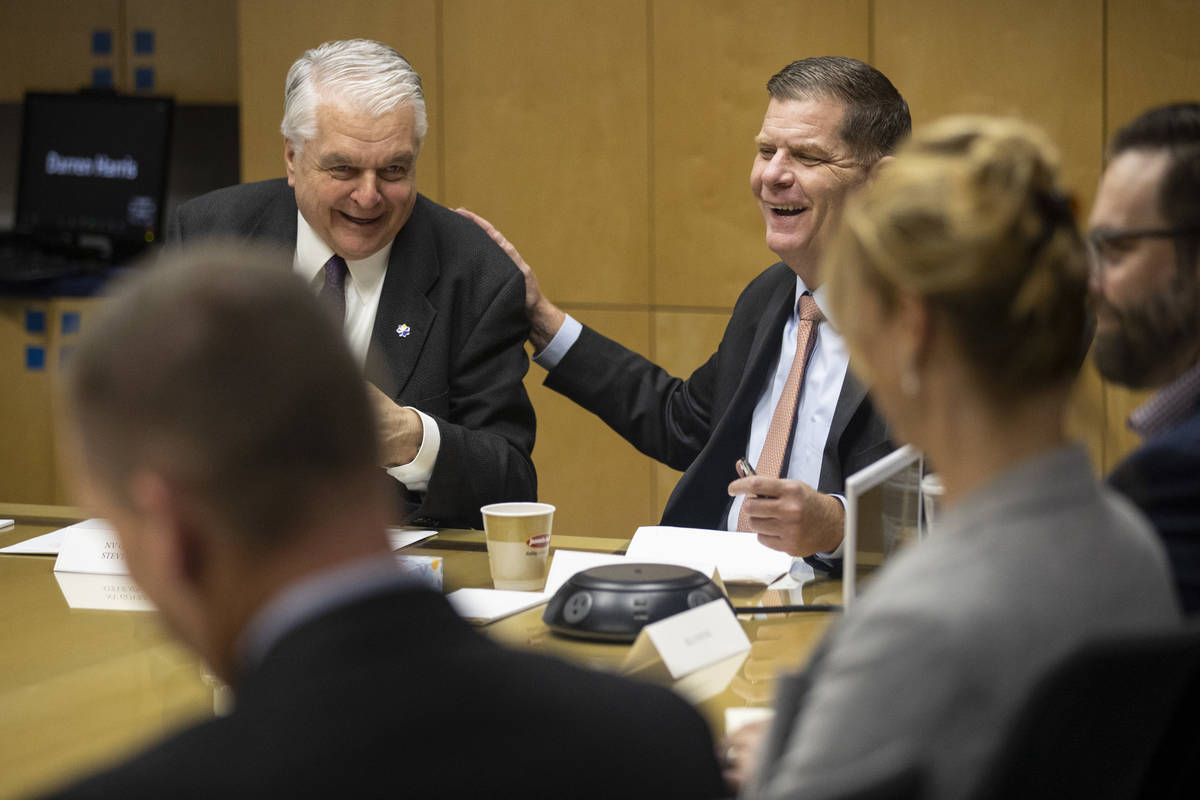 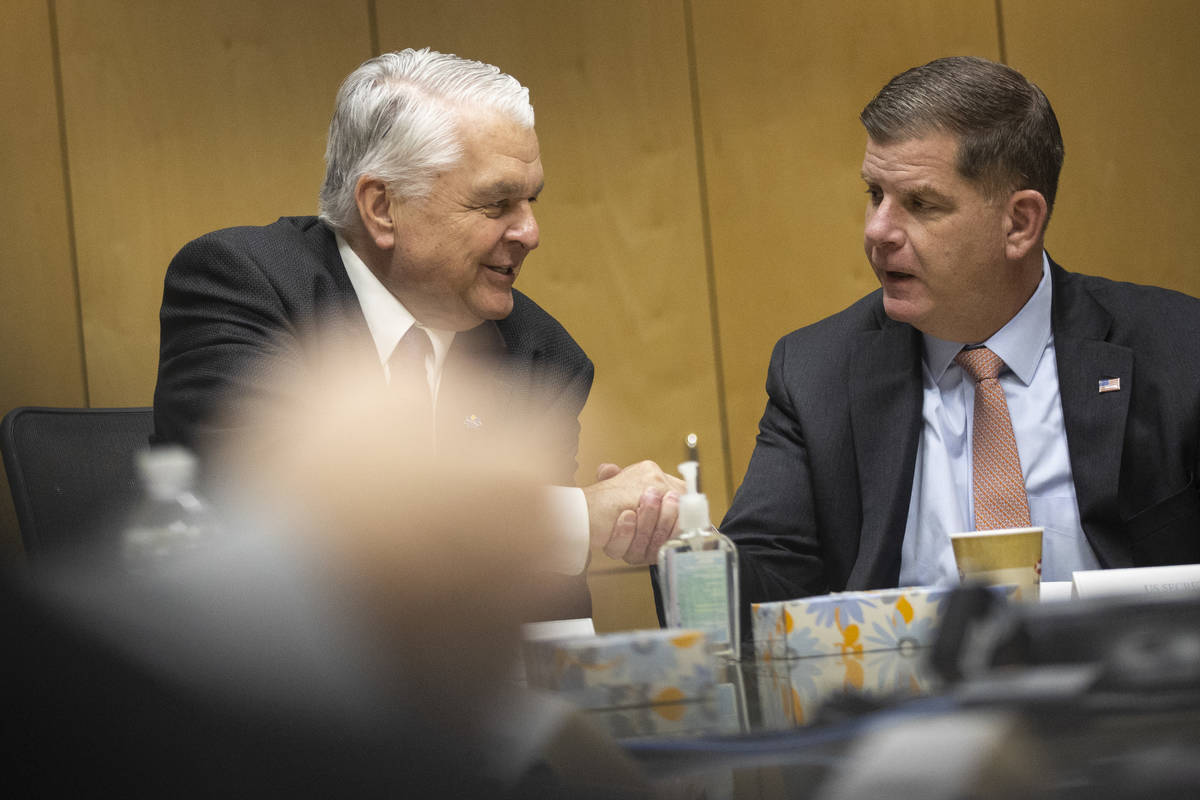 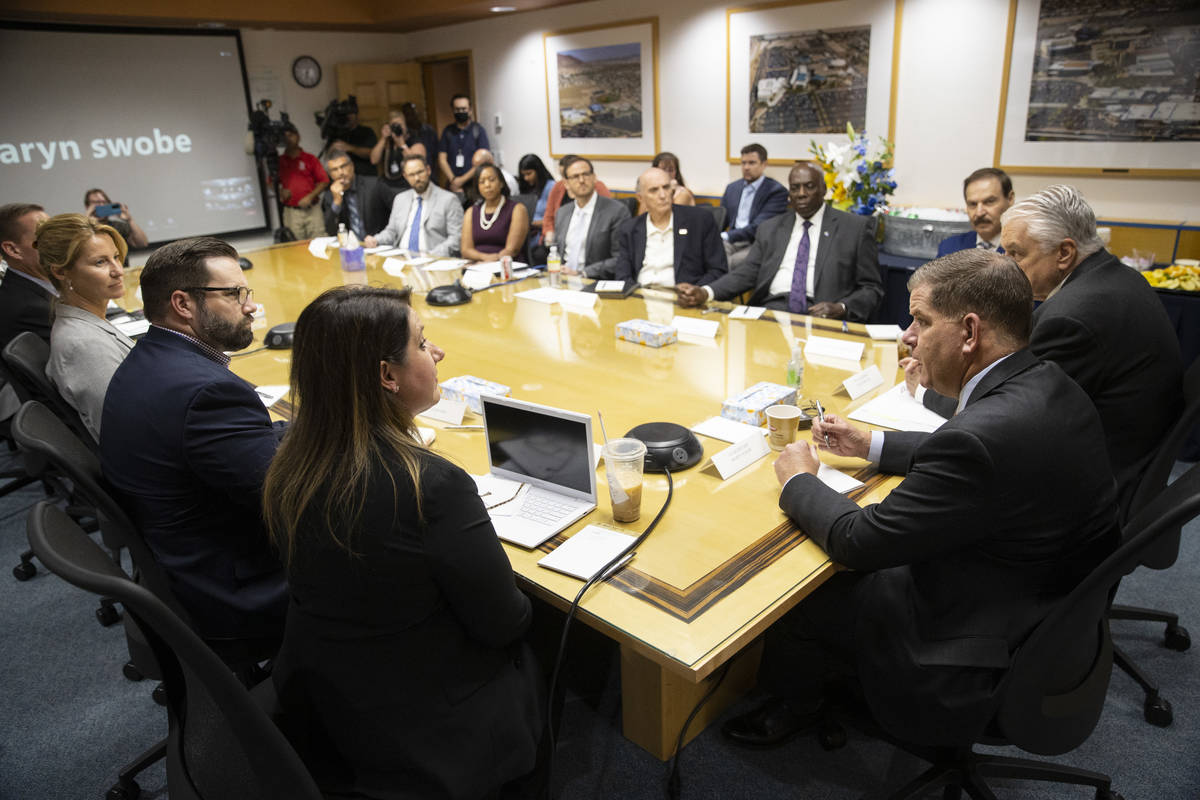 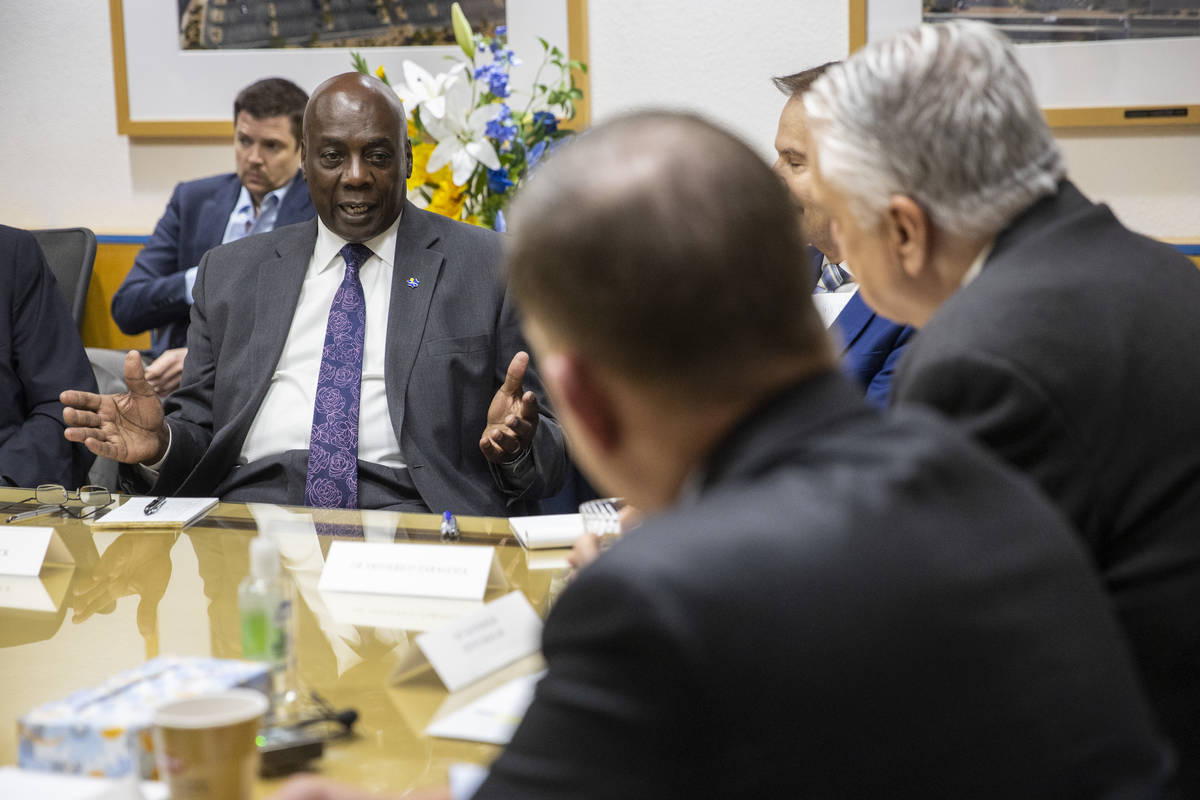 Gov. Steve Sisolak and U.S. Secretary of Labor Marty Walsh announced the federal grant during a roundtable discussion Tuesday with labor and education leaders at the College of Southern Nevada. The award aims to “develop, modernize and diversify” apprenticeship programs in health care, information technology and manufacturing, among other fields, in Nevada.

“This is about job training,” Walsh said. “It’s about helping create opportunities into different industries.”

Walsh said the federal government’s initiative is “about taking the model the building trades have, the apprentice model, and putting that across to other industries.”

The grant was one of 19 awarded throughout the country, totaling $130 million across 14 states. The money was awarded to the Governor’s Office of Workforce Innovation.

Sisolak and Walsh both noted that community colleges will play a key role in expanding and developing apprenticeship and job programs as the state recovers from the coronavirus pandemic.

“With the pandemic, we’ve got a lot of workers we need to retrain,” Sisolak said during the discussion. “We’ve got a lot of folks that lost their jobs. Some of those jobs are not coming back. We’re counting on our community colleges to give them the skills that they need in order to get those jobs back.”

Those in attendance Tuesday, which included representatives from Las Vegas, the College of Southern Nevada, and the governor’s office, heralded apprenticeship programs as opportunities for students seeking alternatives to a traditional four-year college degree. Walsh said that while going to college is “still important,” it’s important to teach high school students that the trades are a viable career path too.

“We’ve spent a lot of time the last 20 years talking about going to college,” Walsh said. “But we have tons of young people who have graduated college with a degree that don’t know what to do with that degree. And then when I go around to a manufacturer or I talk to the trades, (they say) there’s a shortage of workers, potentially.”

Successful apprenticeship and training programs are important to diversifying and expanding the state’s economic base, Bob Potts, the deputy director for the Governor’s Office of Economic Development, said over Zoom during the discussion. But attracting those young people to the trades will be the biggest hurdle.

It’s a problem Walsh said he has heard “everywhere he’s gone” on his cross-country travels since being sworn in in March.

“When you learn the value of being a carpenter or an electrician or a chef or whatever it might be, you’re talking (about) good jobs. … These are careers.”

Walsh was in Las Vegas on Tuesday as part of a nationwide tour promoting President Joe Biden’s American Jobs Plan, an infrastructure package lawmakers in Washington are negotiating.

Earlier Tuesday, Walsh visited the Culinary Academy in Las Vegas and talked with Culinary members. On Wednesday, Walsh will tour the headquarters of a Nevada mental health and substance abuse disorder nonprofit group and join a roundtable discussion on in-home care with SEIU Local 1107.

His visit to Southern Nevada was the second by a Cabinet-level member of the Biden administration this month. In early June, Energy Secretary Jennifer Granholm visited the state to promote the president’s infrastructure plan.