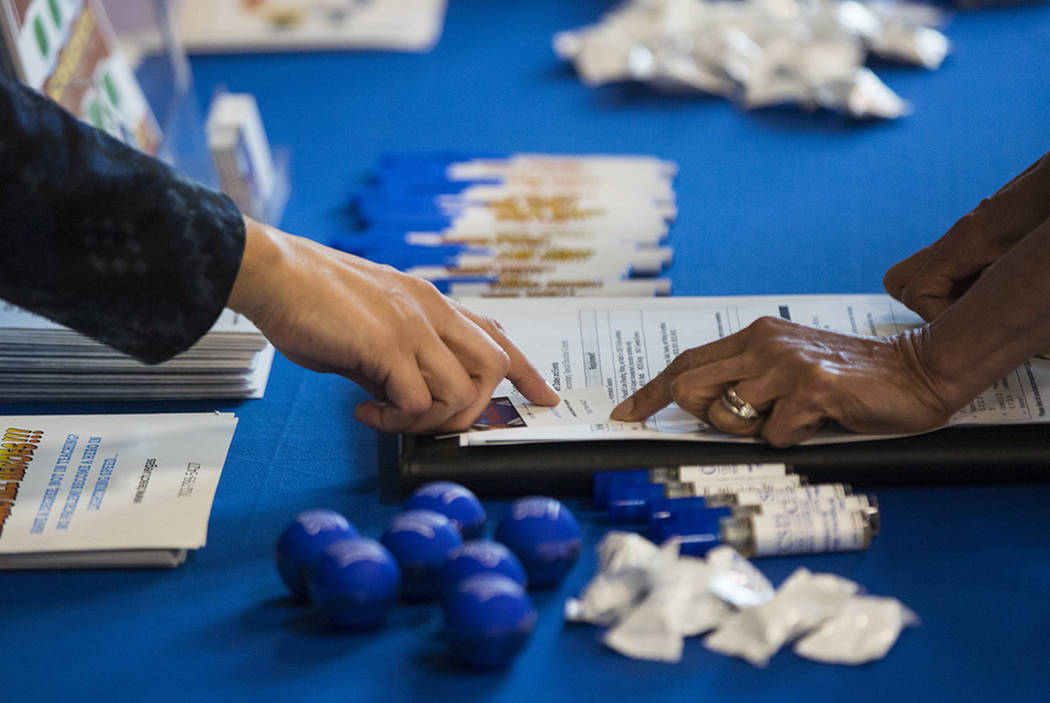 Nevada employers added 5,900 jobs in May, the third-consecutive month of job growth in the Silver State.

The state has added 55,200 jobs since May 2018, for a growth rate of 4 percent — more than double the current U.S. growth rate of 1.6 percent, according to the Nevada Department of Employment, Training and Rehabilitation.

The state has realized 101 consecutive months of year-over-year job gains.

Nevada’s unemployment rate in May held steady at 4 percent, slightly higher than the national rate of 3.6 percent.

For the 12-month period starting in May 2018, the manufacturing sector experienced the fastest growth rate of any industry, up 14.1 percent, after adding 7,100 jobs. The construction industry added 9,300 jobs for a 10.8 percent growth rate.

Clark County’s unemployment rate rose to 4 percent, up from 3.8 percent in April.

“Unemployment rates across the state’s metro areas showed decreases compared to May 2018, with unemployment broadly down over the year in Nevada’s cities and counties,” said David Schmidt, chief economist for the department.

“May’s report also reflects the trends seen statewide: low unemployment and rising employment levels. Together, these indicators point to how tight the Nevada labor market remains and the opportunities this should present Nevada’s workers.”