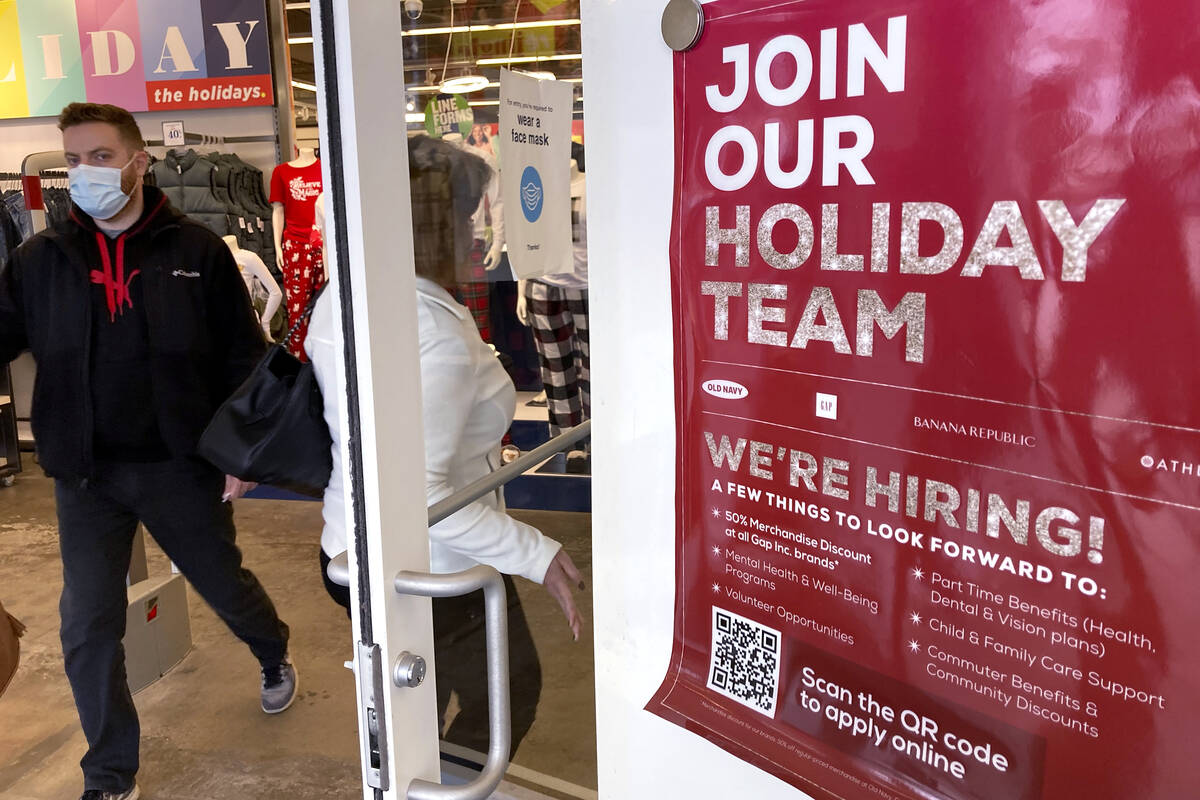 The unemployment rate ticked down to 7.3 percent in October, slightly lower than the 7.5 percent rate in September and a 4.7 percentage point drop from October 2020, according to the Department of Employment, Training and Rehabilitation.

Nevada’s unemployment rate has ranked at or near the top of all 50 U.S. states throughout the pandemic and probably will remain that way because of “the long road left to a complete recovery,” said David Schmidt, chief economist for the department.

The employment total across the state has climbed to 1,363,900 jobs.

Professional and business services employment grew the most in October via 4,200 jobs, though growth occurred in many different industries, Schmidt said. Education and health services gained 3,100 jobs, and other services gained 1,200 jobs. Government jobs shrunk by 800 since September.

The state unemployment rate decreased from a nation-leading 7.7 percent in July and August to 7.5 percent in September.