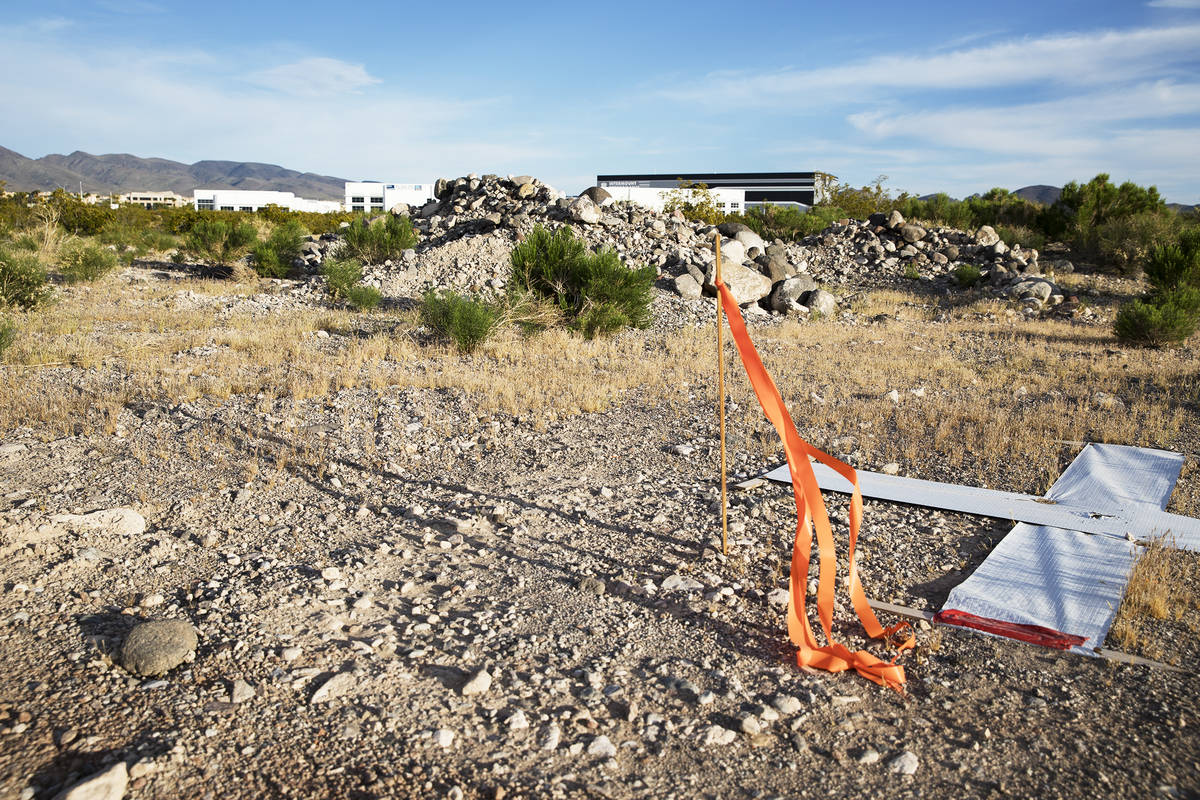 The site where a new hospital is proposed to be built at the southwest corner of St. Rose Parkway and Raiders Way in Henderson, Wednesday, April 29, 2020. (Rachel Aston/Las Vegas Review-Journal) @rookie__rae

Universal Health Services plans to build a hospital, a rendering of which is seen here, as part of a 40-acre medical project in Henderson. (City of Henderson)

A hospital chain has purchased 40 acres of land in Henderson for a new medical campus.

The project would be developed in phases. UHS expects to start construction next year and finish the full build-out in 2035, records show.

Valley Health System spokeswoman Gretchen Papez said Monday the company has “no additional information to share at this time.”

She previously stated the project “is not related to or triggered by” the coronavirus outbreak.

UHS’ new hospital site is near the Raiders’ practice facility in west Henderson, at the southern tip of the valley. The area has been flooded with real estate projects the past few years, including apartment complexes, housing tracts, retail centers and, an especially popular option, warehouses.