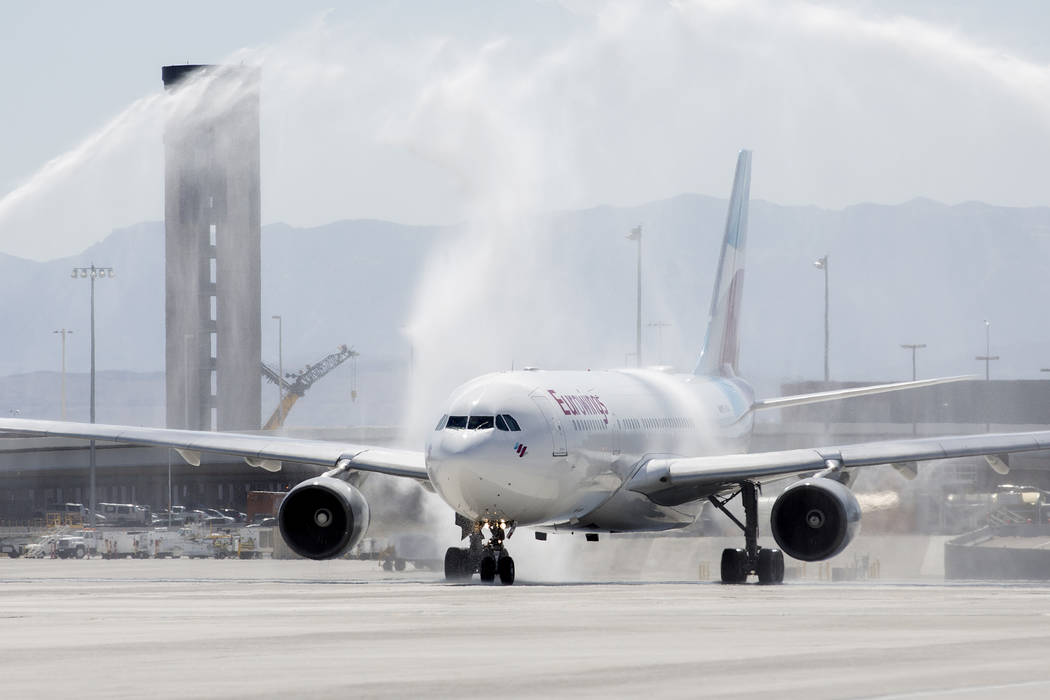 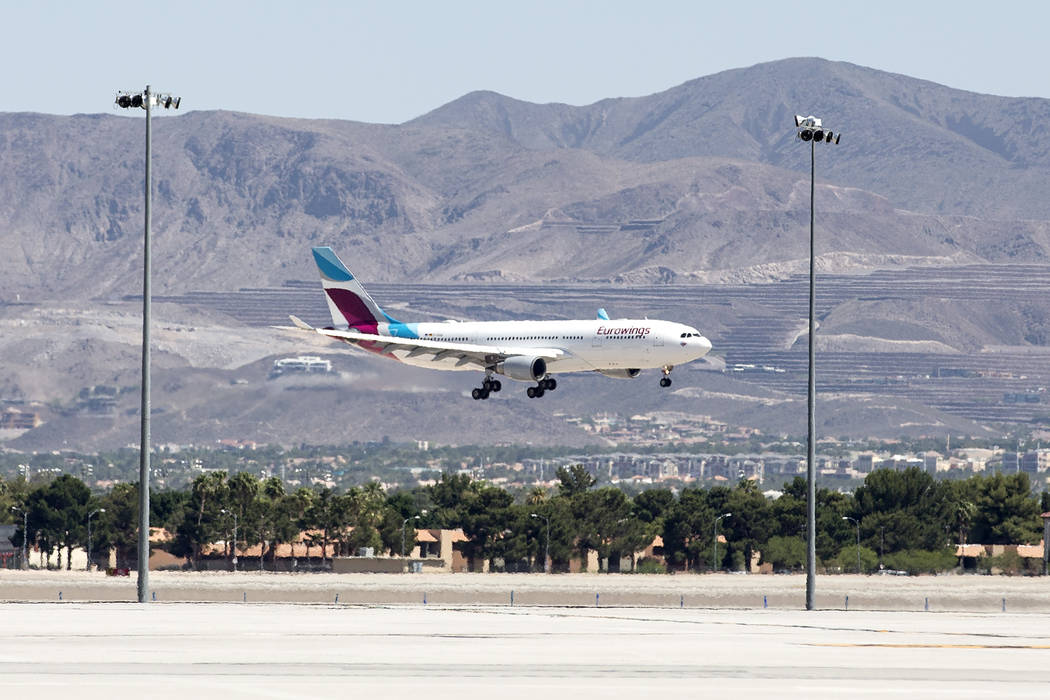 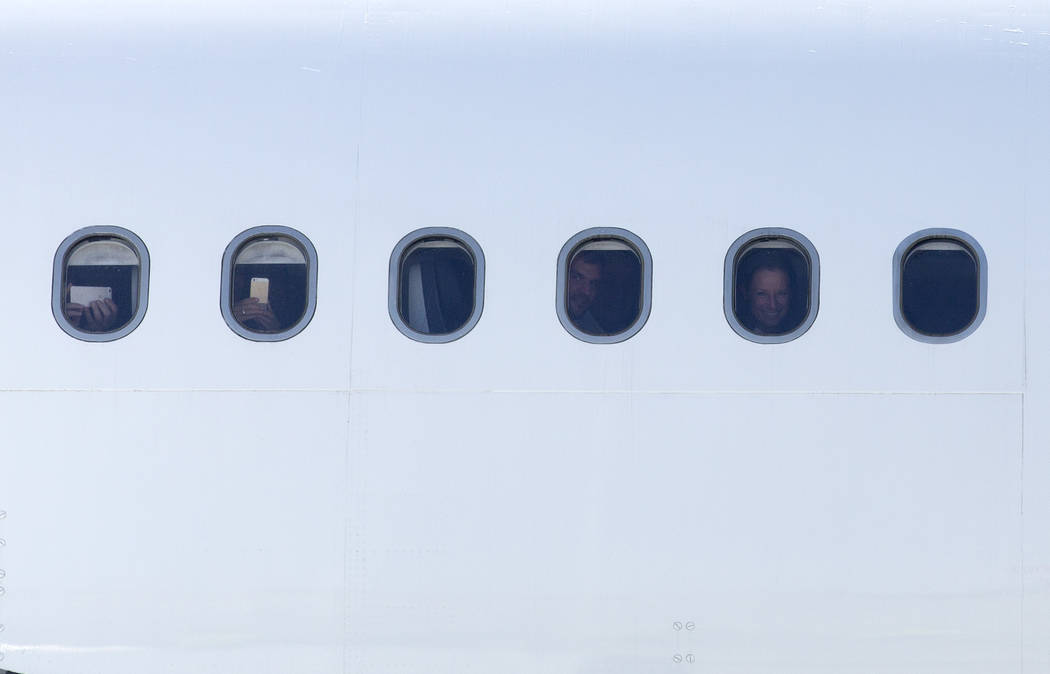 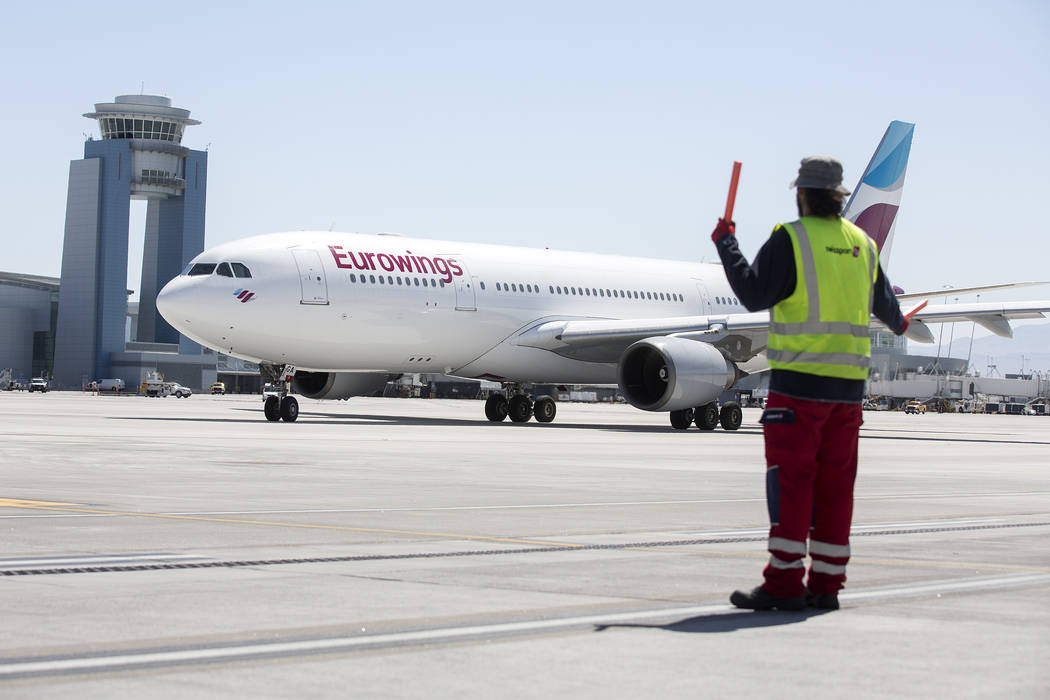 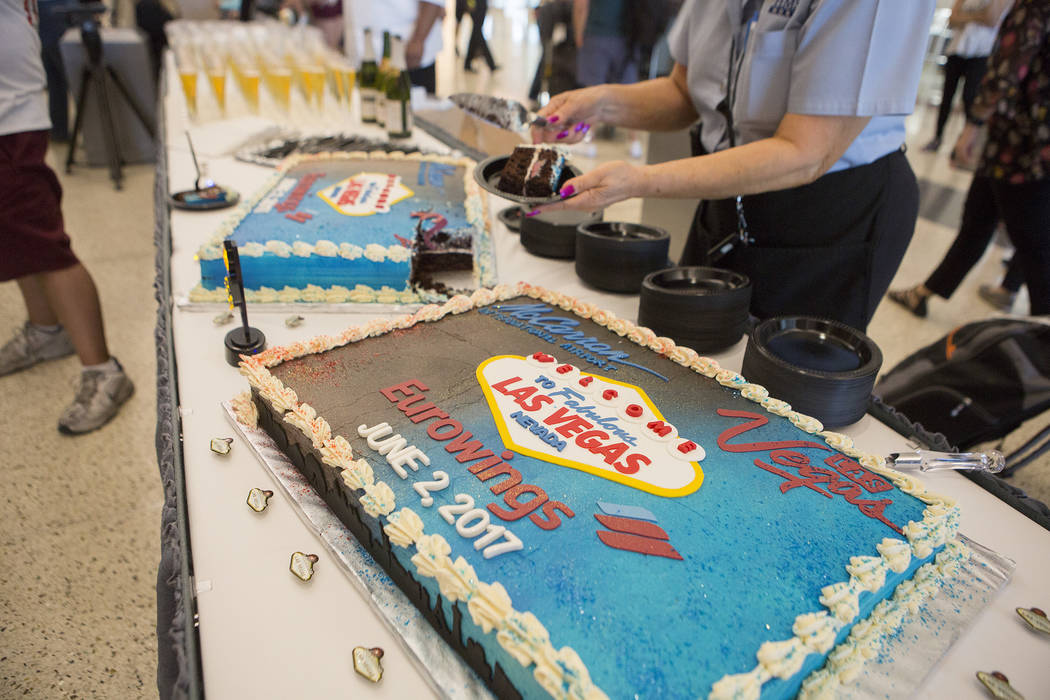 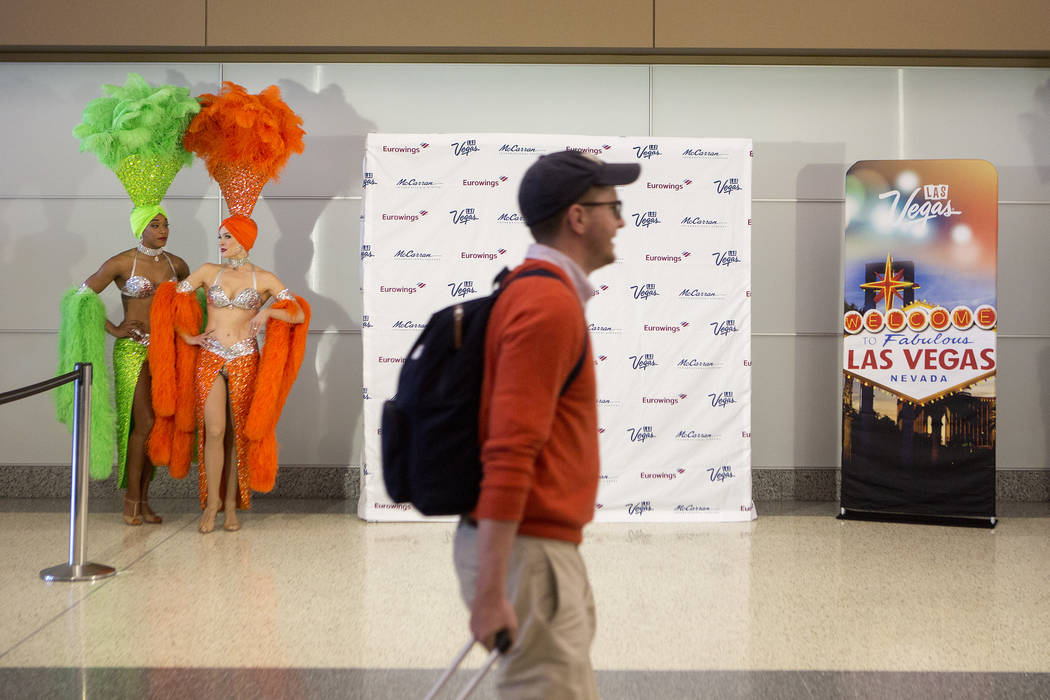 Passengers of the first Eurowings flight, that few direct from Cologne, Germany, are greeted by showgirls as they pass through McCarran International Airport on Friday, June 2, 2017 in Las Vegas. Bridget Bennett Las Vegas Review-Journal @bridgetkbennett 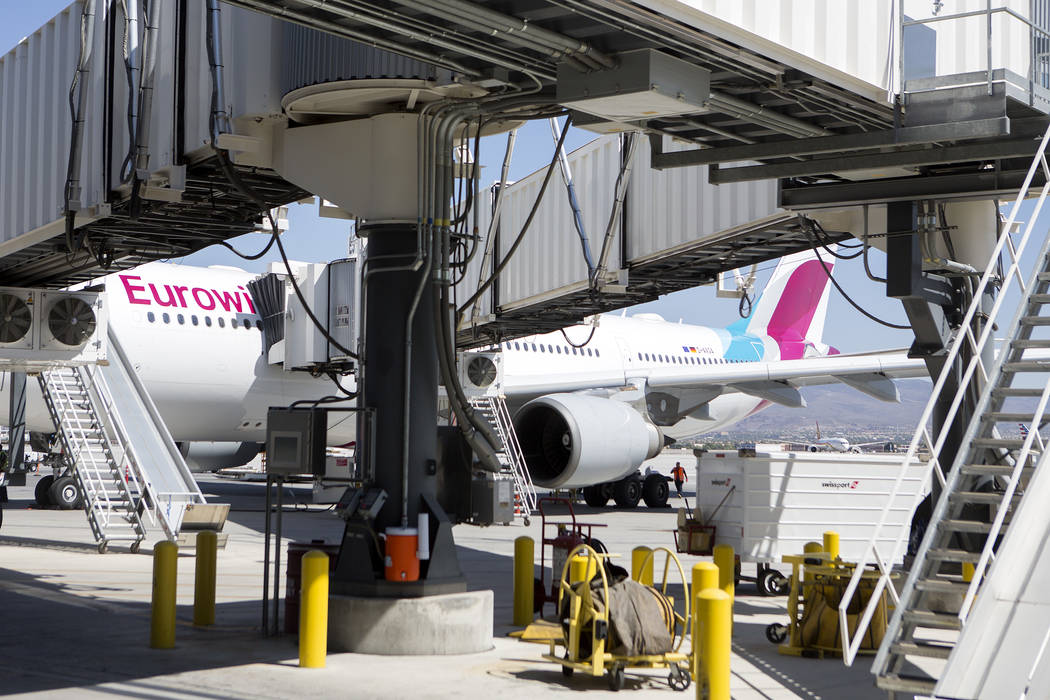 Eurowings, Lufthansa’s new low-cost carrier, will offer twice-weekly flights on Mondays and Fridays through the end of October aboard Airbus A330 jetliners equipped with high-definition monitors, said the Las Vegas Convention and Visitors Authority.

Germany is the seventh-largest source of international visitors to Las Vegas, LVCVA officials said, adding that the new flights are projected to generate $15.1 million in direct visitor spending.