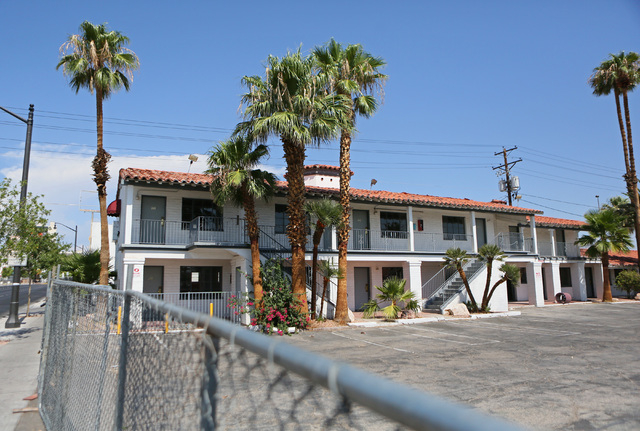 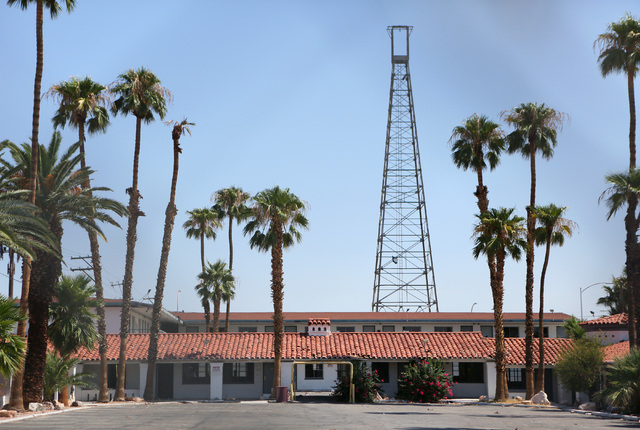 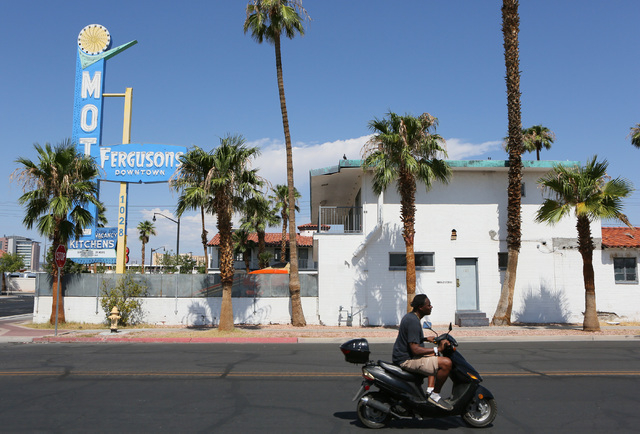 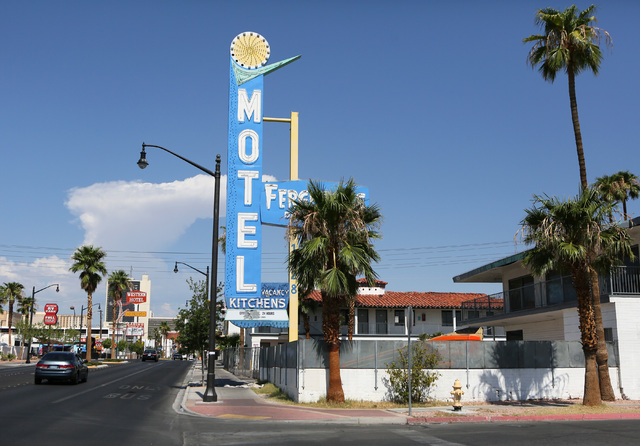 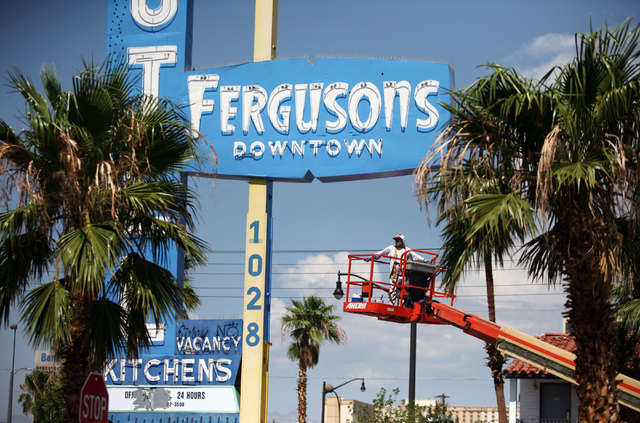 A rundown motel on East Fremont Street in downtown Las Vegas could be transformed into a spot for outdoor retail and office and room for three taverns and a 60-foot piece of art titled “Big Rig Jig” if Tony Hsieh’s Downtown Project has its way.

The Downtown Project, a $350 million initiative to redevelop a section of downtown with East Fremont as the spine, would transform Fergusons Motel at 11th Street.

The 50,768-square-foot retail center project proposed where the old motel is located 1028 E. Fremont St. is on 1.15 acre includes, according to city planning records. Plans call for:

— A 247-square-foot platform for staging audio equipment for special events.

— A 1,732-square-foot veranda on the site’s southeast corner for an outdoor patio that will be used by one of the three proposed taverns.

— Artwork by Los Angeles artist Mike Ross that will include two disabled semi-trucks, with the piece mounted to the ground. Ross’ “Big Rig Jig” has appeared at Burning Man.

Downtown Project officials declined to comment on when construction will begin or when it would open, saying there is nothing to add to the city application.

The City Council has already approved the site plan and tavern special-use permits.

The former 68-room Ferguson’s Motel, now cordoned off with chain-link fencing, is one of several shuttered motels along the East Fremont corridor that are owned by the Downtown Project. They are The Alicia Motel, Travelers Motel, Peter Pan Motel, The Western Hotel and The Downtowner.

The Downtown Project has “yet to determine development projects for them,” spokeswoman Maria Phelan said.

Hsieh is proud of the Fergusons project. A rendering showing a redeveloped Fergusons site transformed into the retail center hangs in his apartment in The Ogden in downtown. Hsieh’s digs are the main part of the Downtown Project tour.

DIG design group, based in the Faciliteq building on Main Street, is architect for the project.

“The proposed establishment will allow downtown visitors and residents a new place to dine, shop and socialize,” the Downtown Project’s Todd Kessler wrote to the city this year.

The Bunkhouse and The Market are scheduled to open on Aug. 25, and in late September, respectively.

“This use is harmonious and compatible with surrounding land uses and will add to the pedestrian-friendly environment in the downtown neighborhood,” Kessler wrote to the city about the Fergusons redevelopment.

Fergusons is across East Fremont from The Wheelhouse in the old Society Cleaners building at the 11th Street-East Fremont southwest corner. The Downtown Project owns The Wheelhouse site and building, but a separate party is redeveloping the building.