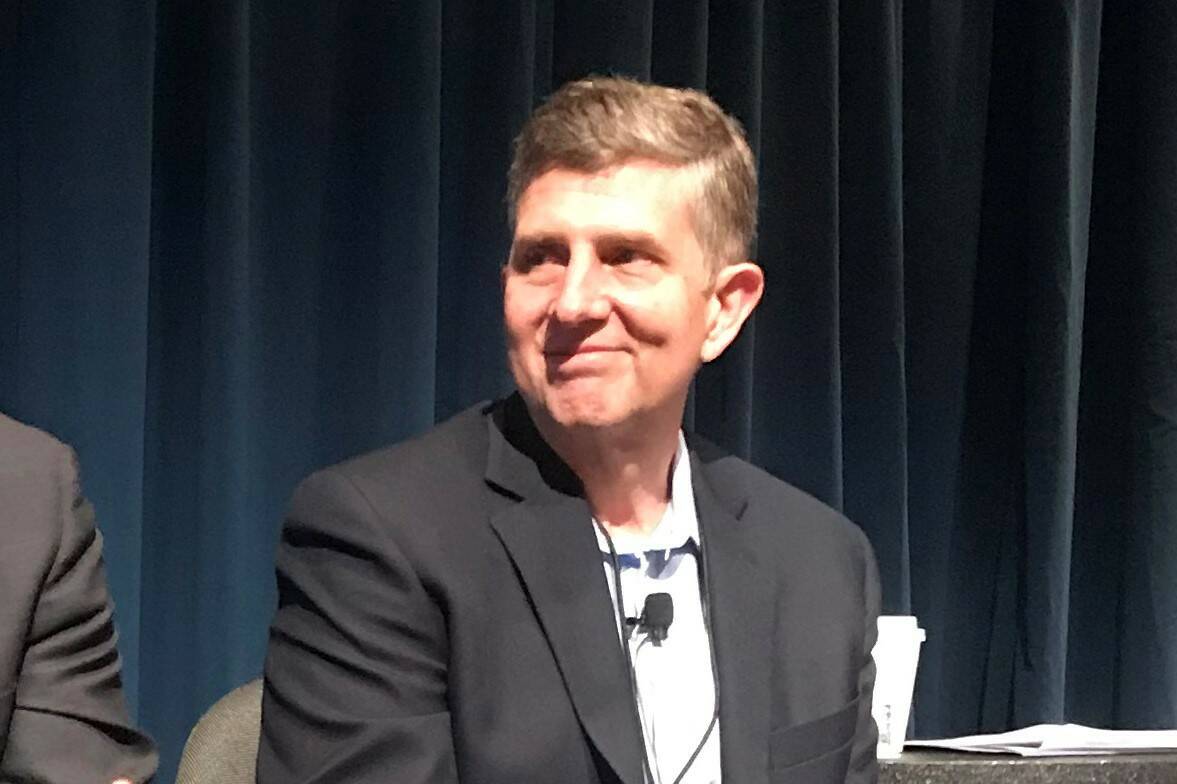 Jeff Saling is the executive director of StartupNV. (University of Nevada, Reno Extension)

Looking for a deep dive into the Las Vegas startup community and its investors? There’s now a website for that.

StartUpNV, a nonprofit business incubator and accelerator for Nevada startups, launched a platform Thursday in partnership with the city of Las Vegas to offer a list of Las Vegas-based startups with data such as funding rounds and valuation.

Jeff Saling, StartUpNV’s executive director, said previous attempts to create a similar database failed. It wasn’t until the nonprofit partnered with Amsterdam data firm Dealroom.co that it could bring the idea to life.

“We made a few attempts, embarrassing attempts, at trying to do something like this on our own website and we found it impossible to get it all in there and keep it up,” Saling said. “It was like a miracle that we could do this and get it up and running and make it available to the community.”

Dealroom.co helps organizations, local governments and businesses discover and track tech firms and venture capital activity through its own platform.

Las Vegas marks the first U.S. platform for the company that has more than 35 global markets including France; the United Kingdom; Berlin; Alberta, Canada; Melbourne, Australia; and Taiwan.

“There is tremendous momentum in the startup scene in Vegas and if you consider the livability and affordability of the city, it’s become one of the go-to places for startups,” Dealroom.co Director Darren Stauffer said in a news release. “The city of Las Vegas and StartUpNV share our mission in understanding and providing insights and visibility into their startup ecosystem in a transparent way.”

The platform, at https://vegas.dealroom.co/intro, lists more than 1,200 Las Vegas startups.

Visitors can track the activity of investors, accelerators, universities and corporations within Las Vegas’ tech scene.

Various search options also allow users to see the number of unicorns, companies valued at $1 billion or more, and the number of future unicorns, or startups valued between $200 million to $800 million.

There are also interactive maps and charts such as one showing a breakdown of investments by industry — FinTech ranked No. 1 with $410 million in investments this year, up from $7.4 million in 2020.

Saling said the data is open and collaborative, meaning startups can add company details to enhance their profile.

“We have never had an asset like this before, especially for people that are new to the ecosystem and are trying to get engaged in the community,” he said.

Saling added the data will help Las Vegans see how the startup community is growing and what types of investors are flocking to the area.

City of Las Vegas Economic and Urban Development Acting Director Ryan Smith noted the financial benefit of having the platform.

“Businesses from around the world naturally have an interest in our city and we want to ensure that we are sharing data and demographics about our community that can lead to wise investment and new industry in Las Vegas,” Smith said in a news release.

Saling said the nonprofit was able to cover the cost of its partnership with Dealroom.co through a recently awarded state grant, though the funds only cover one year.

“We hope to be able to do some fundraising for it in the out years, but we needed at least a little money to get us started,” he said. “It was a state grant that allows for a sort of connection to international markets, which was perfect, because we’re the first (Dealroom) market in the U.S. that’s connecting with 35 markets around the world.”