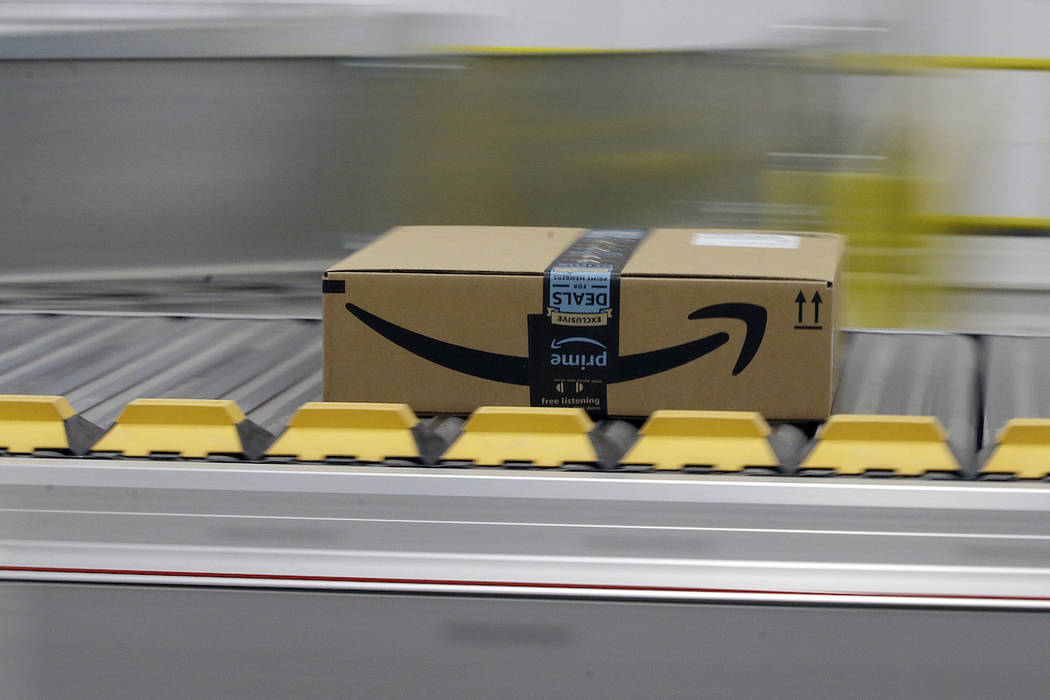 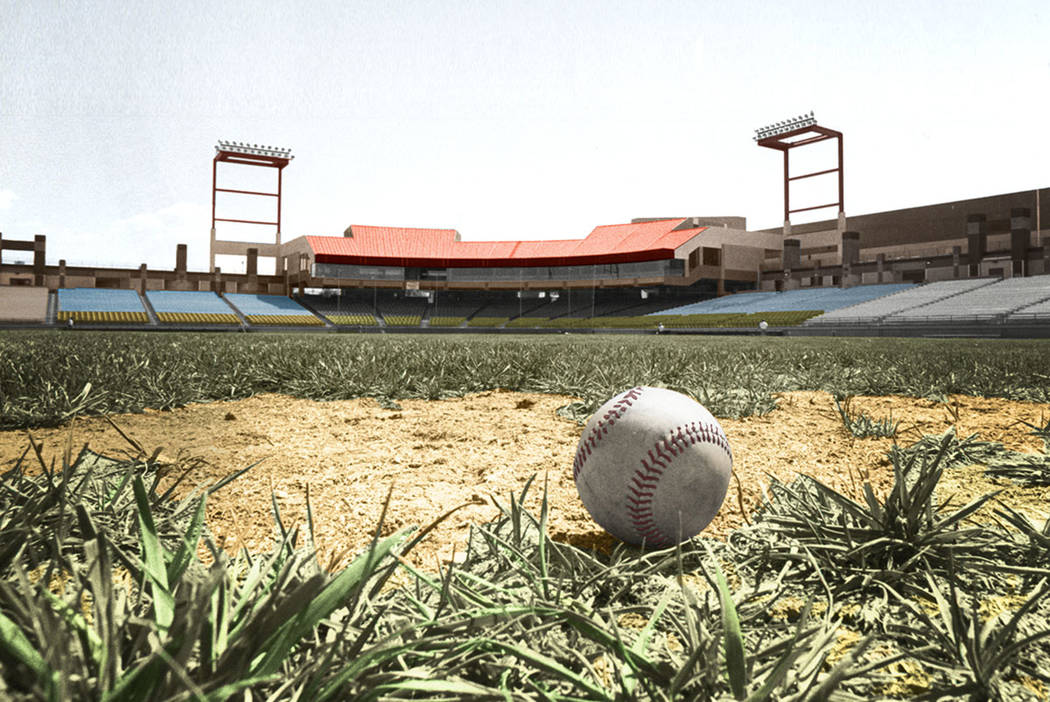 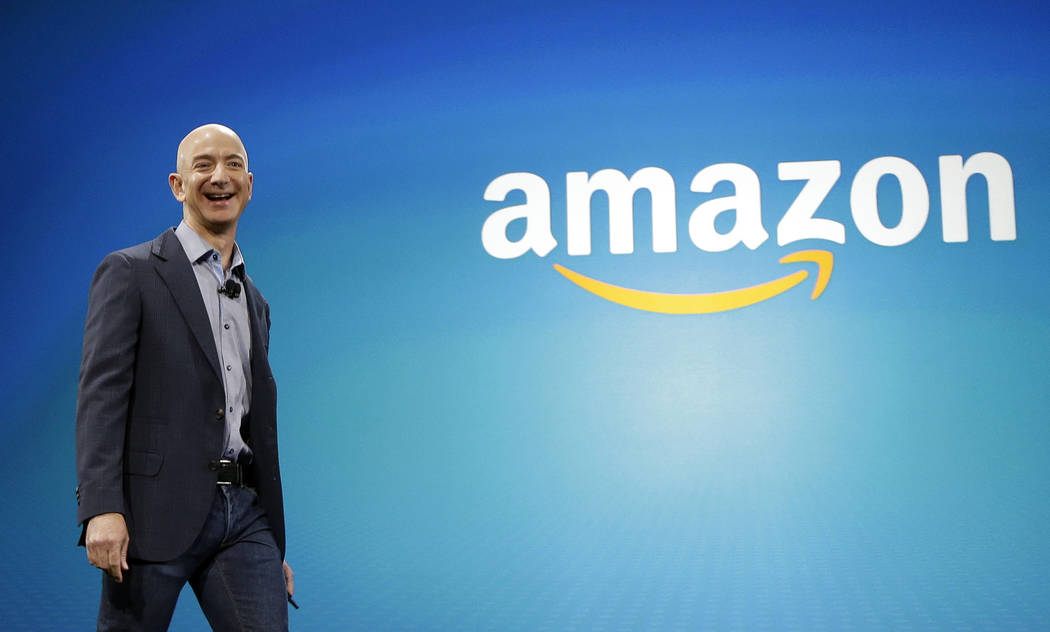 To persuade Amazon to open its second headquarters in the Las Vegas area, state and local governments offered 84 acres of land in downtown Las Vegas that included some well-known landmarks.

The proposal would have let the e-commerce giant replace the 10,000-seat, 98,000-square-foot Cashman Center exhibit hall and Cashman Field, home to the Las Vegas 51s and the Las Vegas Lights FC soccer team, with a corporate campus that could have included an auditorium, food hall, theater and fitness center.

In place of the Natural History Museum and Heritage Park, there could have been a hotel and conference center.

The land for the Las Vegas Library, just south of a mortuary, could have become a research and development showcase plaza with ground-floor showrooms.

All this and more is outlined in nine pages released to the Las Vegas Review-Journal on Thursday from a proposal at least 113 pages in length.

Representatives of the project first denied the Review-Journal’s request for the full proposal in October, saying it includes proprietary information.

The release Thursday was in response to a records release request for a redacted version of the project.

The agencies behind the effort to recruit Amazon include the Las Vegas Global Economic Alliance, the Governor’s Office of Economic Development, Clark County and cities of Las Vegas, Henderson and North Las Vegas.

Agency representatives did not return requests for comments on the proposal.

An invoice obtained by the Review-Journal shows the GOED spent $31,250 on research, management services and video promotion.

Las Vegas city officials have long had high hopes for the Cashman site. Before pitching it to Amazon, city officials touted it as a potential new home for the Raiders. The site didn’t make the Raiders’ short list. They instead looked to the south end of the Strip.

Though the Lights play in Cashman Field, the city’s lease agreement with the United Soccer League team allows the city to terminate it if officials lock in a definitive agreement with a major league team or a developer for another use.

The city mothballed the Cashman Center convention facilities at the end of last year.

The proposal said Amazon would get the 84 acres for free if it met criteria not specified in the available pages of the proposal.

Had Las Vegas been chosen, officials would have negotiated performance conditions, or clawbacks, giving the city recourse if the company didn’t create the economic impact and jobs it promised, Las Vegas City Manager Scott Adams said.

Cashman was one of multiple sites included in the regional proposal, Adams said.

The other sites weren’t included in the nine pages released Thursday.

The city of Las Vegas’ downtown master plan envisions Cashman becoming a mixed-use development, potentially with a sports complex as the centerpiece. The city is still working in that direction, Adams said.

The proposal property east of Las Vegas Boulevard, which includes Cashman Field and Cashman Center, has an assessed value of about $12 million, according to county records.

The property west of Las Vegas Boulevard, including the library, has an assessed value of about $2 million, according to county records.

Property at Las Vegas Boulevard and Stewart Avenue, across the street from the headquarters of Zappos, an e-commerce company owned by Amazon, was also part of the proposal.

In the Amazon proposal, the city touted its smart city efforts in the downtown Innovation District, its diversity and the city drawing 100 percent of its power for city facilities from renewable energy sources.

When Amazon announced it would accept bids from cities to win the location of a headquarters outside its base in Seattle, the company promised 50,000 new full-time employees and $5 billion in capital expenditures to build the so-called HQ2.

The Las Vegas proposal said the 84 acres for Amazon could expand to 144 acres “utilizing the land holdings of Downtown Project.”

Amazon had already made a noticeable investment in its Las Vegas Valley presence with a new fulfillment center that opened in August. Tax incentives helped recruit a local presence for the company.

Nevada’s attempt to lure Amazon included social media campaigns and a nearly five-minute promotional video with scenes of the Strip and references to the area healing after the Oct. 1 shooting.

In January, Amazon released a list of places it was considering for its second headquarters. Las Vegas didn’t make the list, and there are now 20 finalists.