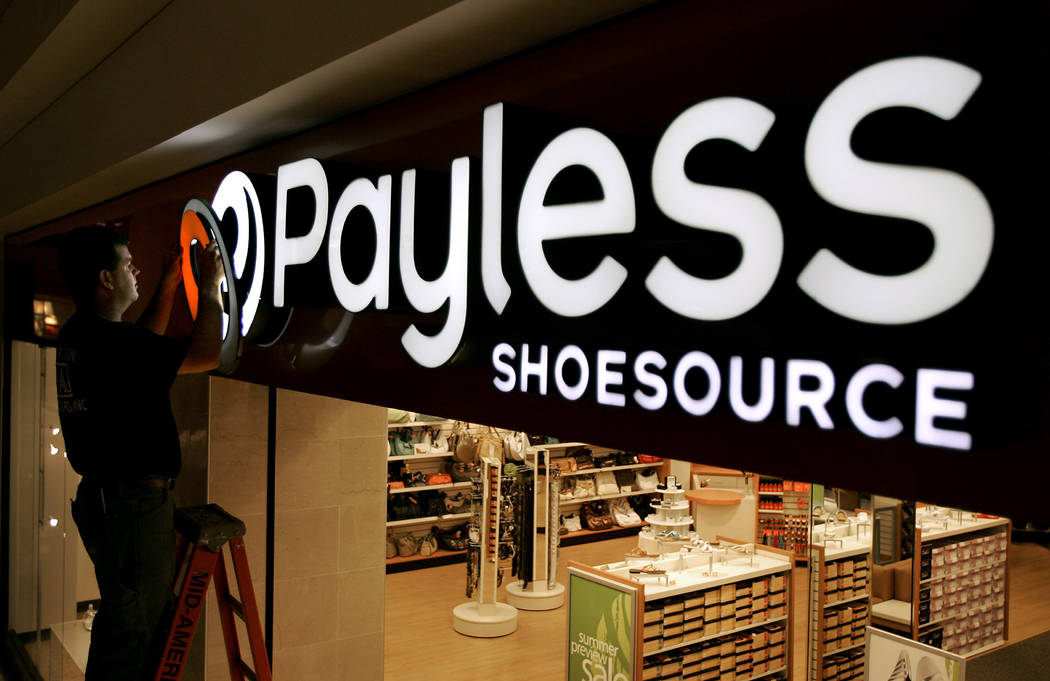 A worker puts the finishing touches on a sign unveiling the company's new look at a Payless Shoesource store at a mall in Independence, Mo. (AP Photo/Charlie Riedel, File)

NEW YORK — Payless ShoeSource has filed for Chapter 11 bankruptcy protection and is shuttering its remaining stores in North America.

The filing on Monday came a day after the shoe chain began holding going-out-of-business sales at its North American stores.

The liquidation doesn’t affect its franchise operations or its Latin American stores, which remain open for business as usual, it said.

The debt-burdened chain filed for Chapter 11 bankruptcy protection a first time in April 2017, closing hundreds of stores as part of its reorganization.

He noted that the prior Chapter 11 proceedings left the company with too much debt and with too many stores.