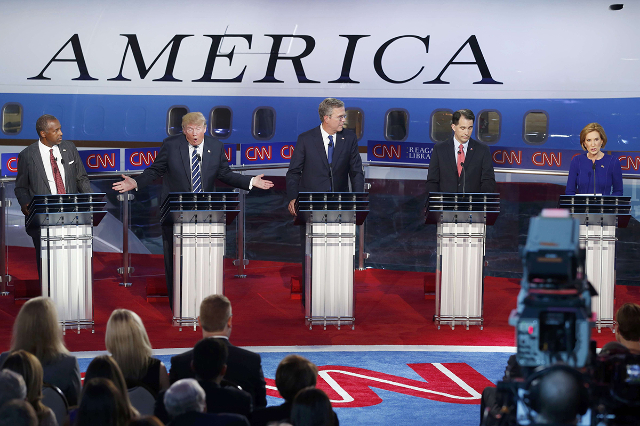 Las Vegas is bidding to be a site for presidential and vice presidential debates in fall 2016 and the Las Vegas Convention and Visitors Authority will conduct a special meeting Wednesday to consider a $4 million expenditure to host them.

Board members were notified Friday of the special meeting at which the only business will be a request from the organization’s marketing division to pay for expenditures associated with the debates.

The authority partnered with the University of Nevada, Las Vegas in March to submit a bid to the Commission on Presidential Debates to potentially host one of four scheduled debates.

A steering committee of community leaders has been formed to solicit sponsorships from various groups to pay for the cost of hosting the debate, but the LVCVA-UNLV partnership would be responsible for covering the difference between the amount of sponsorship funds raised and the total cost of expenses.

Organizers say the host city must pay a $1.95 million host fee and $2.05 million for program and production costs.

Las Vegas is one of 16 cities under consideration for the selection, which is expected to be made in October. If Las Vegas is chosen, the debate would be conducted at the Thomas & Mack Center.

It would occur within a five-week period between early September and late October in 2016.

The convention authority often sponsors big-stage events, viewing them as opportunities to reach different audiences with evidence that the city is more than just an entertainment mecca.

Local leaders are interested in helping the city make a name for itself in the political realm to show off its ability to deliver a quality hospitality and customer service experience.

The global media exposure the presidential and vice presidential debates are expected to generate is valued at an estimated $50 million based on historic data from the 2012 debates.

About 3,500 media representatives and 800 delegates are expected to attend debates next year.

Las Vegas will host debates for Democratic and Republican candidates for president later this year.

The first of six presidential primary debates for Democratic candidates is scheduled Oct. 13 at Wynn Las Vegas. Front-runners Hillary Clinton and Bernie Sanders are expected to participate in the event sponsored by CNN.

Nevada will be home to one of the earliest presidential caucuses and political observers say that means it will be a key battleground state.

A Republican primary debate is expected to occur in Nevada in December, according to the Nevada Republican Party. Details are still being worked out for when and where that would occur.

Las Vegas also made an unsuccessful bid to host the Republican National Convention in 2016. The party ultimately decided to conduct the convention, at which its presidential candidate will be nominated, in Cleveland.

If Las Vegas is successful in its bid, the $4 million would be budgeted in the convention authority’s 2017 fiscal year budget.

The 14-member convention authority board is comprised of eight elected officials from Southern Nevada municipalities and Clark County and six business executives, five of them from the resort industry.