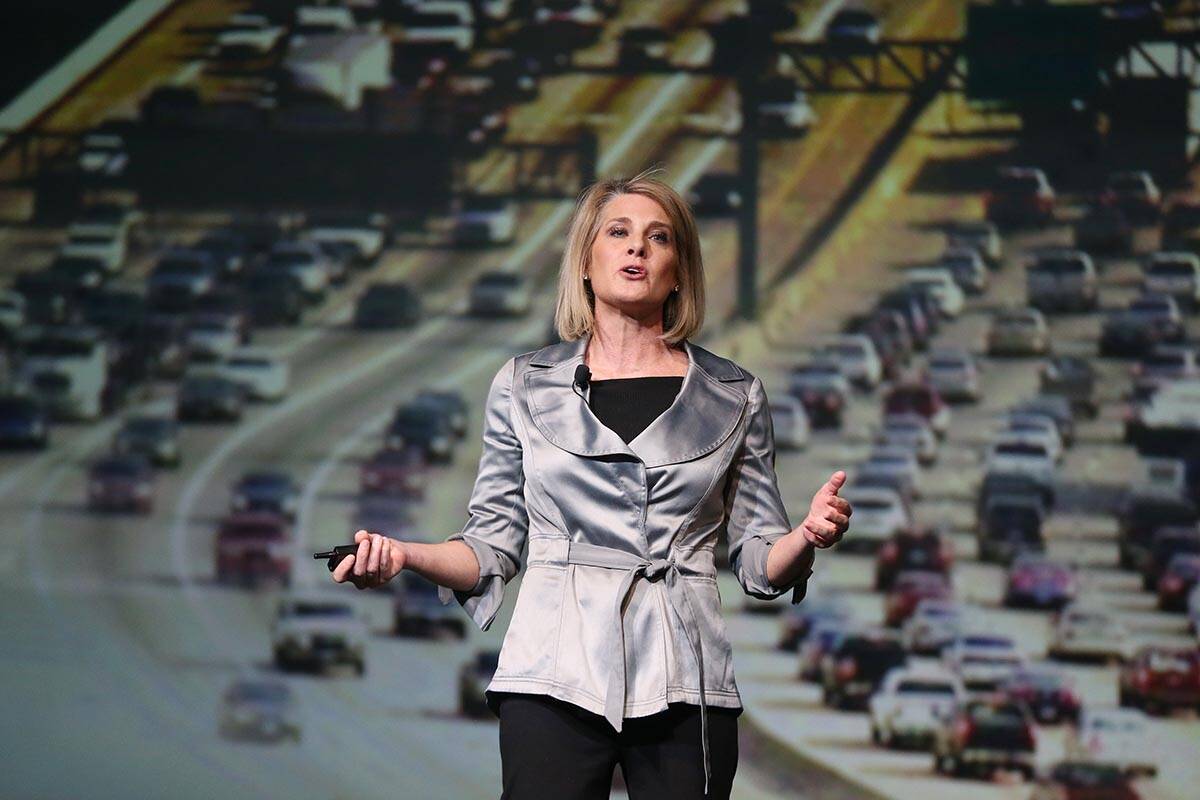 The pandemic hammered the state’s economy and, even in recovery, continues to reshape Nevada’s economic future. But with hardship comes opportunity to expand the variety of industries that do business in Southern Nevada and tackle the region’s ongoing over-reliance on hospitality, business leaders said at the Las Vegas Global Economic Alliance’s State of Economic Development event.

“Our recovery does not necessarily come from rebound, but from rebalancing,” said Michael Brown, executive director of the Nevada Governor’s Office of Economic Development. “Rebalancing will build the resiliency that we need in the Nevada economy going forward.”

But Southern Nevada’s goal is not simply attracting businesses, LVGEA President and CEO Tina Quigley told the Review-Journal before addressing some 500 business leaders and elected officials at Red Rock Resort. The region must attract the right businesses, she said, ones that can meet the challenges of regional drought, land scarcity and a workforce geared toward the hospitality industry.

Those are key barriers to varying the state economy, which trails its neighbors in Arizona, Utah and California in economic diversity indices, Quigley said. The state, though, also owns competitive advantages in its efforts to entice companies to do business locally, including retail electrical prices about 23 percent lower than the national average and a high number of former hospitality workers whose jobs may not come back.

A state report released Thursday indicated Nevada’s job market is approaching pre-recession levels. Las Vegas, at roughly 1 million jobs in January, remains about 25,000 jobs below its February 2020 total, although the valley has 6,000 more non-hotel-casino jobs than there were before the pandemic.

“We have the bodies here in Southern Nevada, whereas Phoenix, Salt Lake (City) are struggling to find bodies to fill jobs,” Quigley said. “The challenge at this point is making sure that those bodies are properly trained to meet the needs of the companies coming in.”

Brown said companies like Southern Nevada’s location within the Pacific Time Zone and its proximity to the coast. But the region lacks the infrastructure to support some companies’ potential expansion, he said.

Brown, Quigley and others praised a potential solution. The economic alliance and local municipalities applied for and is one of 60 finalists for a federal grant ranging from $75 million to $100 million to fund land and workforce development throughout the region. If awarded, the Build Back Better Regional Challenge grant would fund four projects to promote general and advanced manufacturing in Southern Nevada.

Quigley said it would go a long way toward helping the region achieve its economic goals.