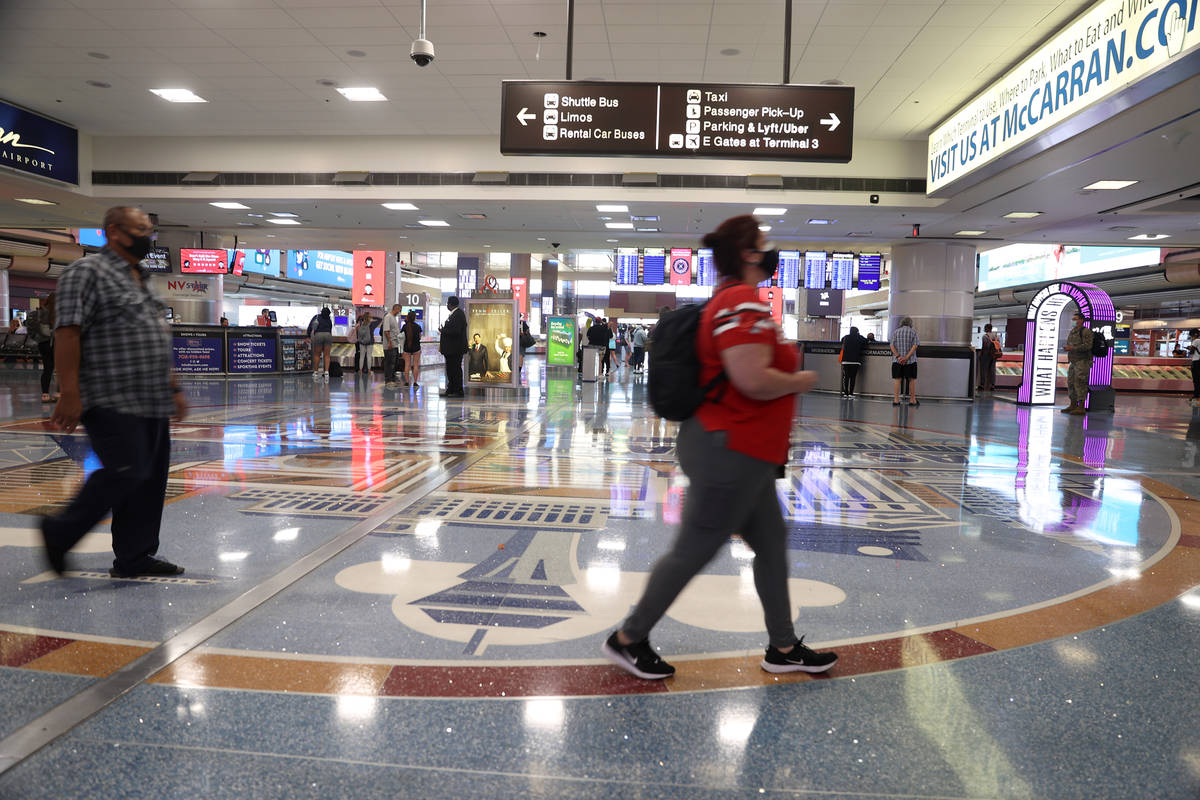 The pandemic may have hit the local and national economies like a ton of bricks, but economists are optimistic that both will undergo speedy recoveries.

Both say that the current economic downturn will be short-lived — especially when compared with the Great Recession. Thornberg anticipates a rebound to pre-pandemic levels by the end of next year.

“We’re not going to have to rebuild and restructure the way we had to after the subprime (mortgage) bubble collapsed and we ended up in the Great Recession,” Thornberg said. “This is going to bounce back quickly.”

Miller said Nevada — especially Southern Nevada — has faced more difficulties than other states or metropolitan areas during the COVID-fueled recession.

The local economy is dependent on tourism, which is driven by large gatherings and face-to-face interactions. Both are hard to pull off safely during a pandemic.

The struggle among the industries have affected several economic variables, including unemployment rates. The U.S. unemployment rate was 7.9 percent in September, compared with 12 percent in Nevada, according to the Department of Education, Training and Rehabilitation and the Bureau of Labor Statistics.

Miller said the local economy’s recovery will depend on a widespread COVID-19 vaccine and the return of large visitor volumes.

“I think the recovery could be pretty strong because people have been locked up and not doing a ton of things,” he said. “When we get more normal circumstances, people are going to be looking for ways to get out and have some fun. One of the ways they can do that is to visit Las Vegas. We might see a pretty strong rebound in visitors, I’d say in 2022.”

Thornberg said there is no doubt Las Vegas’ economy was hit harder than other markets, but there are signs of recovery.

Thornberg added that he doesn’t anticipate any hiccups with the vaccine’s path to wide-scale distribution. Experts are hopeful that a vaccine will be widely available in the U.S. by the spring of 2021. With that in place, Thornberg believes Las Vegas is going to reach pre-pandemic levels for hotel occupancy and visitation by 2022.

After taking a major dip in March and April, the economy was bouncing back through July.

Then, once summer hit, the recovery began to stall.

“The (recovery) lines are sort of bending over,” Miller said. “There’s a chance, if the coronavirus continues to eat up on the U.S. economy and here locally in Southern Nevada, we could actually see some downturns.”

Miller predicts a “mild but gradual” recovery from August to December 2021 that probably will carry over into 2022, according to his Outlook 2021 report.

Thornberg doesn’t expect more dips in the economy near term and said that concerns over the economy’s recovery are largely overblown. Consumer spending has seen a “big bounce-back,” he said, that has helped propel the economy. He expects the last leg of the recovery will take the longest but said the signs of economic resilience are there.

“The economy is improving rapidly,” he said. “Vegas is going to be just fine. In two years, it’s going to be a weird memory.”

Miller believes a second stimulus package from the federal government could further benefit Americans — especially those who have lost their jobs — but Thornberg worries that more relief could tack on too much debt.

“This is not free money. This is money our children and grandchildren are going to have to pay back,” Thornberg said. “We’re borrowing trillions of dollars as if there is no tomorrow.”

Meanwhile, Miller worries about the “large percentage of our population” in Southern Nevada who has been laid off, and said interest rates are so low that additional relief would not come at a “huge cost.”

“I think it’s pretty clear that not everybody is going to get called back into their previous jobs,” he said. “People could benefit, I think, at least in Las Vegas, and probably around the country, from … an extension of the relief program.”