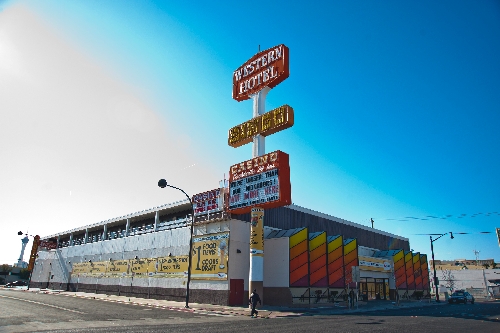 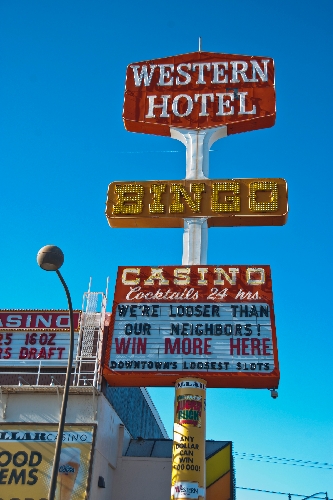 If it were on the Strip, the Western Hotel would have been imploded years ago.

Being in a less-than-plush block of East Fremont Street, the deteriorating casino was able to extend its life by catering to a clientele of low-limit gamblers and $1 beer drinkers.

“We do have a couple plans, possibly a renovation plan with hotel rooms,” said Jonathan Jossel, director of Las Vegas properties for Tamares. “We’re very committed to that area and we have a lot of interest in seeing that area come back.”

Tamares is a big believer in downtown, where it also owns the recently renovated Plaza, Las Vegas Club, a block of buildings in the Fremont Entertainment District and 25 acres of vacant land, including the 2.7-acre parcel once home to the former Ambassador East, across the street from the Western.

Termination notices were sent to Western’s 90 employees in November, and they may be considered for positions at those casinos, Jossel said.

Tamares is expected to announce plans later this week for the old Western building at Fremont and Sixth streets. One option is to raze it and combine its 2.3 acres with the Ambassador land to build something from scratch. Plans for the vacant land went “back to drawing board” when the real estate market took a downturn in 2007, Jossel said.

“Those things happen periodically. You know, they closed the rooms and then they closed for graveyard (night shift), so it was just an eventual thing,” Nolan said. “At this point, there wasn’t a whole lot going on there.”

What happens next on the Western property is still up in the air, but odds are it won’t be a casino.

With Zappos.com moving its headquarters downtown, there should be more demand for residential units and grocery and retail stores to serve what many predict will be a growing downtown population, Nolan said.

Jossel said Tamares is excited about the Zappos move and redevelopment of East Fremont.

“With our holdings and Zappos moving downtown and all of the other development, we see the value of upgrading the property for the future,” he said. “If you walk from Fifth Street (Las Vegas Boulevard) to Ninth Street, there’s exciting plans in every block. Remember three or four years ago, people wouldn’t come to Sixth Street.”

The Western opened in 1970 as a bingo parlor owned by gaming pioneers Jackie Gaughan and Mel Exber. Gaughan sold his hotel properties to Barrick Gaming in 2004, keeping only the El Cortez. Barrick sold its casino ownership to Tamares Group in 2005.