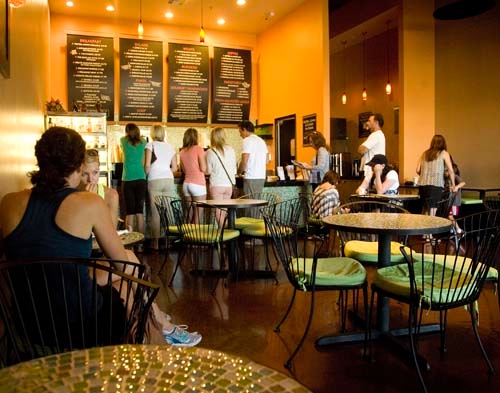 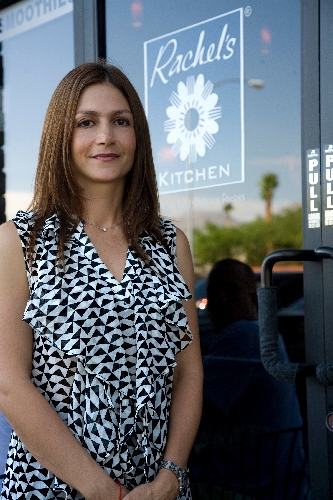 Southern Nevada will soon be seeing much more of Rachel’s Kitchen.

With two locations already open in the valley, owner Debbie Roxarzade has definite plans for at least three more by the end of 2012. The first of the three will start serving her casual, light fare in a "few weeks" in a 2,600-square-foot space in the Trailwoods Center in Summerlin.

Roxarzade plans a store downtown and one near McCarran International Airport, but neither of those property leases are final, so she couldn’t disclose the exact locations. But, she estimated that construction could start within the next three months.

A year ago, Roxarade moved the original 1,000-square-foot Rachel’s Kitchen from its perch on Town Center Drive east to 3330 Hualapai Drive to double her space. Since then, business is up 30 percent.

"It was a fantastic move," Roxarzade said.

Likewise, her Henderson restaurant in The District at Green Valley Ranch has seen business increase 15 percent in the past year. Roxarzade is also looking at expanding that location by taking over 1,000 square-feet of the former La Salsa pad next door, making her District location about 2,500 square-feet. Roxarzade said she hopes to have building permits by the beginning of October, and she’s planning a Thanksgiving weekend shutdown for a 48-hour makeover.

She attributed her success to consistent food quality and customer service.

"We try to be as consistent as possible with the food," Roxarzade emphasized.

She also said repeat business from regular clients has helped the restaurants grow, as well as a focus on employee cohesion. Roxarzade said she tells staff to leave personal problems at home, and regardless if you’re front- or back-of-house, you work together.

"When you come to work, you’re here to please," Roxarzade said.

Each location handles about 200 checks day, which equates to about 300 individual customers. The average check is $12.

Aside from her restaurants, Roxarzade is in the process of receiving approval from Whole Foods for sale of her homemade granola and salad dressing at the chain’s Southern Nevada grocery stores. She initiated the lengthy process a year ago, and within two weeks will ship products to the Whole Foods powers-that-be for taste testing.

"I’ve gotten everything filled out on my side," Roxarzade said.