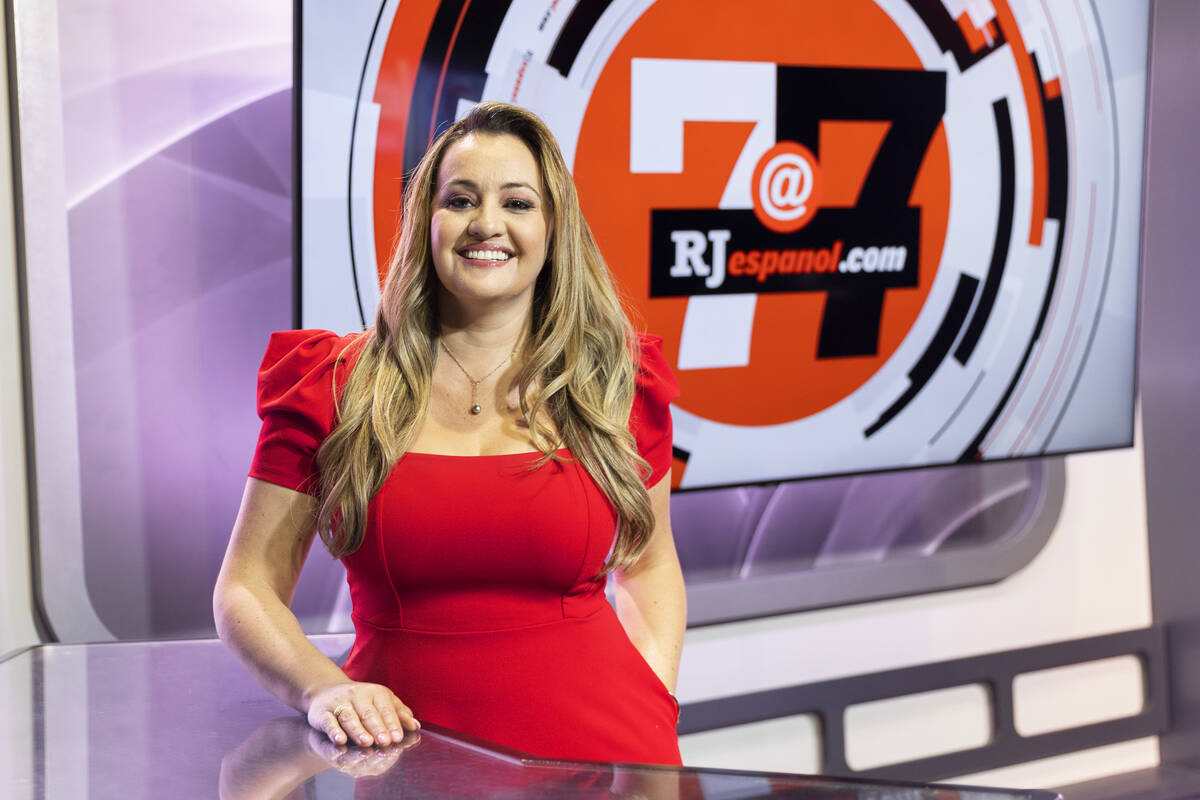 Rosana Romero during the first recording of 7@7 en Español on Tuesday, May 3, 2022, at the Review-Journal studio, in Las Vegas. (Benjamin Hager/Las Vegas Review-Journal) @benjaminhphoto

The Las Vegas Review-Journal Español app pictured on Thursday, May 19, 2022.

The Las Vegas Review-Journal has launched a free app for Spanish-speaking readers who prefer to consume the news on their smartphones and tablets.

The RJ Español app — downloadable on the Apple and Google stores — mirrors the RJespanol.com website, which hosts staff-produced, original Spanish language content as well as stories translated from reviewjournal.com.

The app’s launch is part of a revamp of the newspaper’s Spanish-language coverage. Earlier this month, the free weekly newspaper El Tiempo was rebranded Review-Journal en Español, and the news organization launched a Spanish-language version of the award-winning “7@7” video newscast.

“The RJ Español app gives our Spanish-language readers the convenience that English-language app readers already enjoy — a speedy launch, our free ‘7@7’ newscast at the top of the home page and the ability to get mobile notifications for the stories that matter most,” Review-Journal Executive Editor Glenn Cook said.

On Thursday afternoon, stories on the RJ Español app ranged from one about outbreaks of a drug-resistant “superbug” that had been reported in Southern Nevada nursing homes and hospitals to a community feature about a soccer tournament.

Last summer, the company set out to research the local Spanish-speaking market to better understand its “news and information needs,” said Belinda Englman, vice president of digital for the Review-Journal.

The research found that there was a need for more in-depth news stories for the valley’s growing Spanish-speaking population, including those who are bilingual but like to keep up with news in both languages, she said.

“However anyone wants to consume their news in Spanish,” Englman said, “we’ve got a platform for them.”

Frank Alejandre, editor of Review-Journal en Español, who has three decades of experience in Southern Nevada media, has witnessed how the information landscape has changed.

The app, which he described as a “jewel,” is part of that “revolution,” he said, calling the Review-Journal’s Spanish-language news expansion assertive.

Already, he said, he has heard an “overwhelming” amount of positive feedback from community members.

“The news media has modernized,” Alejandre said. “We’re committed with the public, with the readers, with everyone, in all the available platforms.”

“Really, who doesn’t have a sea of apps on their cellphone?” said Wanda Blair, the Review-Journal’s vice president of marketing. “So why not make the RJ Español app one of the more dominant apps on their front page, their home page?”