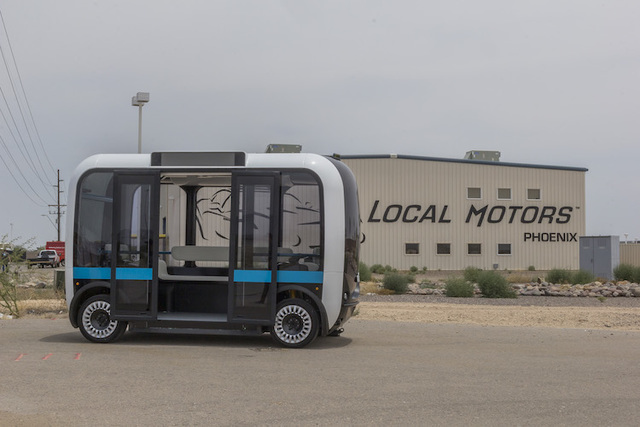 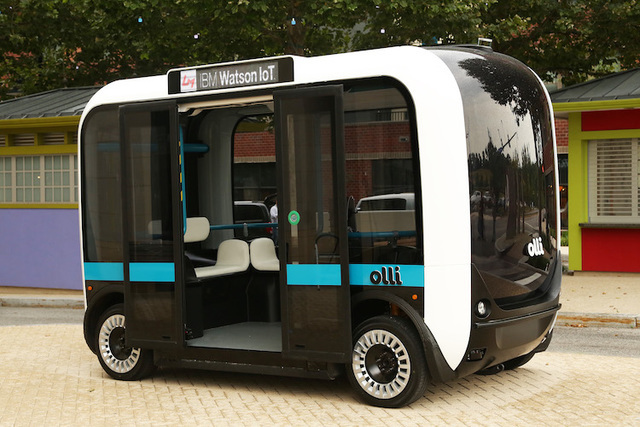 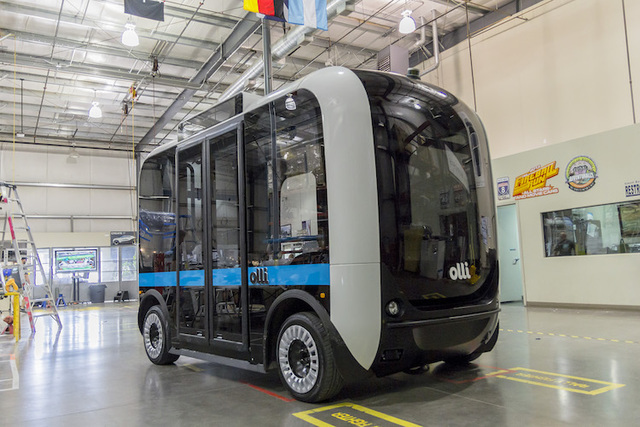 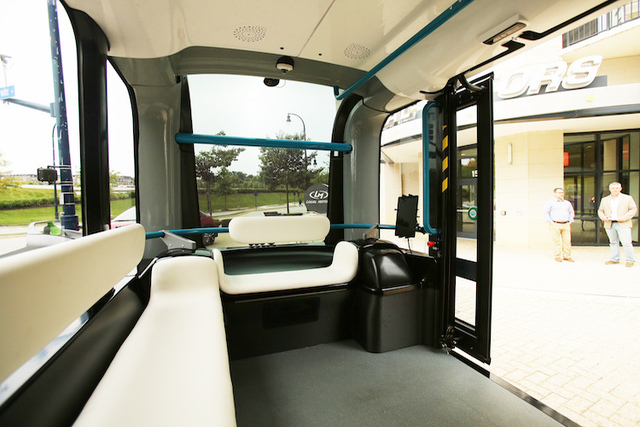 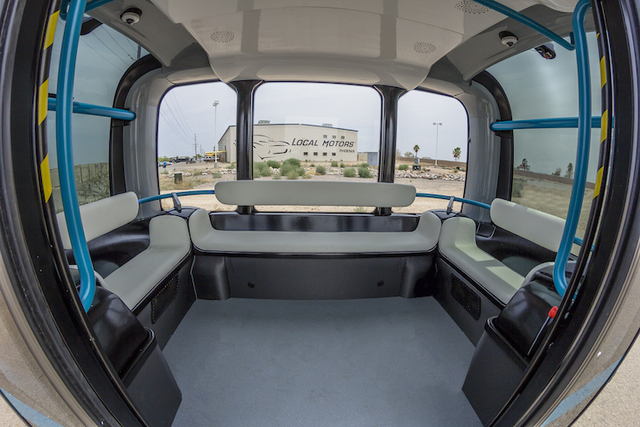 Students beware: a self-driving minibus will be rolling through the University of Nevada Las Vegas by the end of the year.

Safety and reliability of the $299,000 electric vehicle, known as Olli, will be demonstrated on campus under a deal announced this week between the Governor’s Office of Economic Development and Local Motors, a Phoenix company known for manufacturing 3-D printed cars and buses.

Olli cruises at a top speed of 12 miles per hour, equipped with more than 30 sensors that guide the bus up to 32.4 miles with a single electric charge. Just shy of being 13 feet long and 7 feet wide, the short-range shuttle has room for eight sitting passengers and four standing riders.

Olli also talks back by using artificial intelligence to answer ride-related questions posed by passengers who might want to know why a certain route was selected or the ever-popular “Are we there yet?”

“Olli solves that last-mile problem for people who might be getting out of class, but still need to walk quite a ways to get to the parking lot and other public transportation options,” Jacqueline Keidel, a spokeswoman for Local Motors said.

It wasn’t clear how the minibus got its name. About 25 percent of Olli is made from a 3-D printer, while another 25 percent of the parts are crafted from 3D-printed molds, Keidel said. The remaining 50 percent — including windows and tires — are traditionally manufactured.

Olli is currently built in Phoenix, but Keidel said that Local Motors hopes to have a plant in Las Vegas to manufacture buses that would be used locally.

Details such as funding and fleet size at UNLV are still being worked out, but the testing phase is expected to “start small,” according to the Governor’s Office. If proven to be effective, Olli could be introduced to other areas of Las Vegas.

“I think it’s a great opportunity to expose our students to what what we’re teaching them in the classroom and how it’s applied in the business world,” said Tom Piechota, vice president for Research and Economic Development at UNLV, who is helping facilitate the program on campus.

“Anytime you put an autonomous vehicle into an urban setting, there are unknowns that you might run into,” Piechota said. “So, of course everyone will be really concerned with safety as we test this.”

The minibus started undergoing tests this week at a new Local Motors manufacturing plant just outside Washington D.C., aimed at perfecting the vehicle’s self-driving ability on private roads, Keidel said. From there, Olli will be used in the Miami area and on to Las Vegas.

The state’s deal with Local Motors marks the first pilot project for the Nevada Center for Advanced Mobility, an initiative introduced earlier this year by Gov. Brian Sandoval to promote the electric and driverless vehicle industry.

“Nevada is the cradle of innovation to many of the new and emerging advanced technologies that are beginning to reshape the future of transportation,” Sandoval said in a statement. “Self-driving vehicles are part of a portfolio of new transportation options which are changing our approach to transit and travel.”