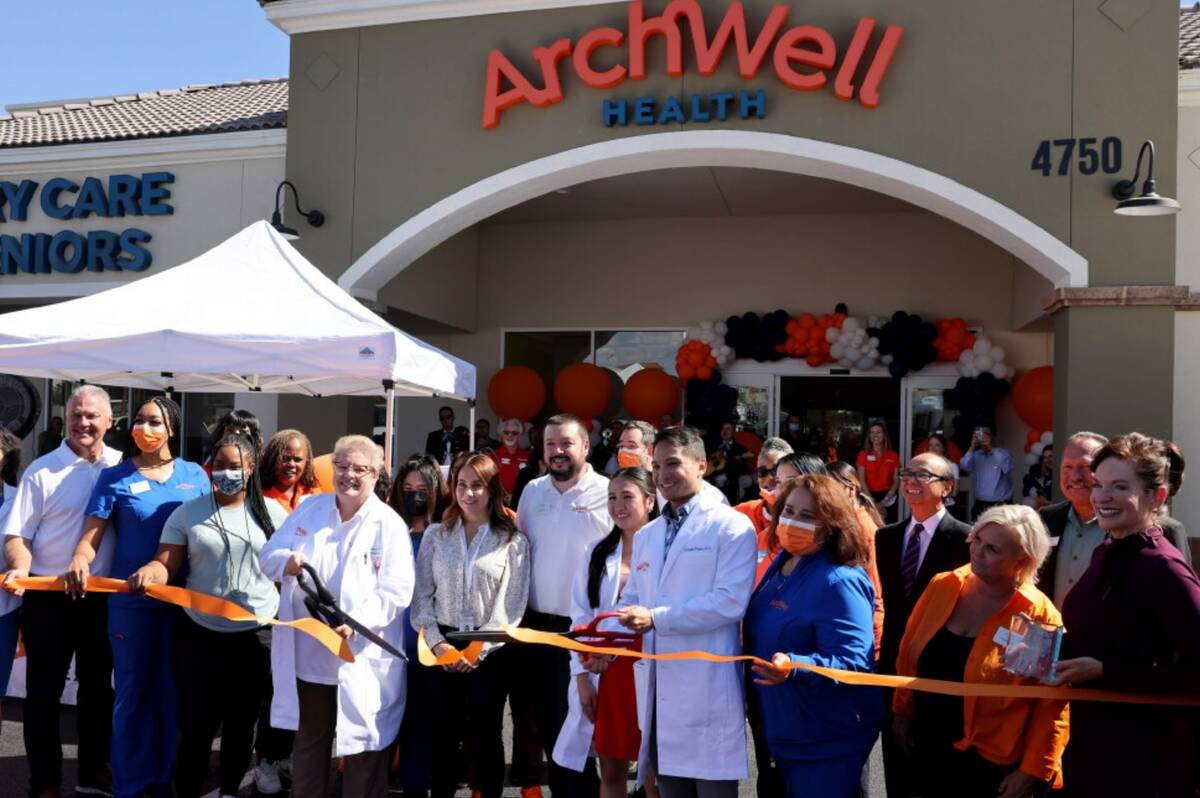 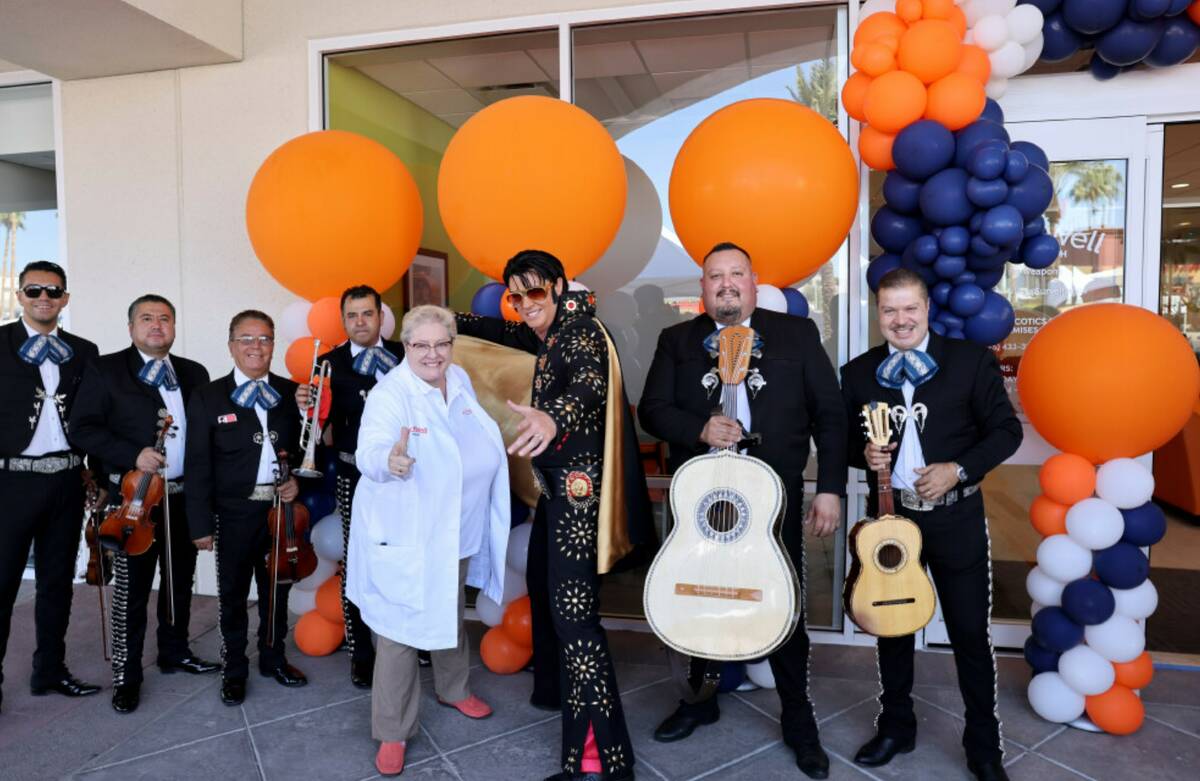 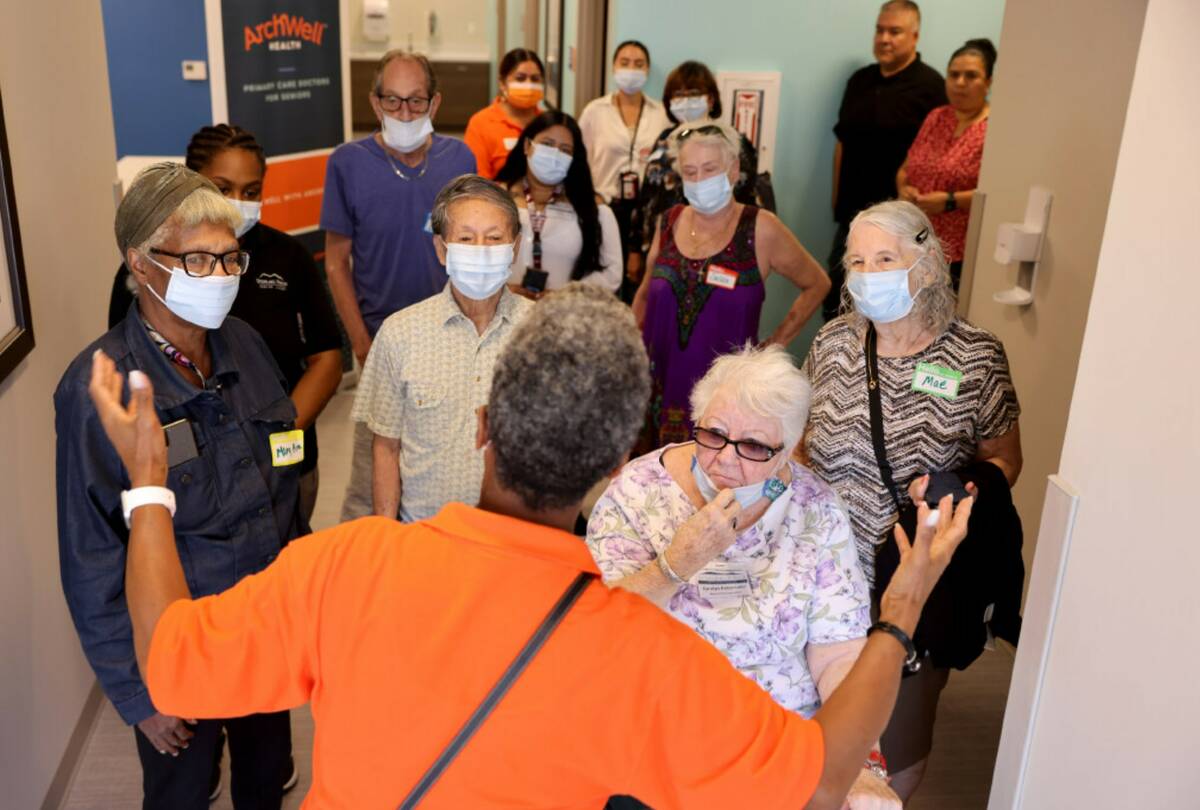 Seniors get a tour during a ribbon-cutting opening of an ArchWell Health center on West Sahara Avenue in Las Vegas Thursday, Oct. 6, 2022. The company focuses on senior healthcare with neighborhood centers offering medical services, including doctor visits and treatment options. The company is opening five locations in the Las Vegas Valley. (K.M. Cannon/Las Vegas Review-Journal) @KMCannonPhoto

Seniors in the Las Vegas Valley will have a new choice for primary care services with the opening of five one-stop shop health clinics by the end of this month.

Its first and second location in the valley opened the same day in September.

Its latest opening was met with lots of fanfare thanks to an Elvis impersonator and mariachi band.

“We’re a desert, but this is a health care desert,” Councilman Brian Knudsen said. “We have the opportunity in my ward. … to go and visit with seniors on a really regular basis and I’m telling you, what (ArchWell is) going to provide is desperately needed.”

ArchWell centers try to provide a multitude of health care options for those over the age of 60 and seniors enrolled in Medicare Advantage plans, according to Linda Johnson, ArchWell’s senior market medical director of the western region.

She said the limited number of health care professionals along with Southern Nevada’s growing population of retirees is why ArchWell chose to open its five locations in the valley. The company focuses on seniors since they are one of the “most vulnerable” populations in need of quality health care.

ArchWell models its centers so each doctor has a smaller than average number of patients, about 400-500 per doctor. That’s less than a traditional primary care center where a doctor could be assigned more than 700 patients, according to Johnson.

“A restaurant can’t be the best steakhouse and be the best Mexican restaurant. You want to pick one thing and be good at that,” she said. “ArchWell’s chosen to take care of seniors, and do the best we can at taking care of those folks.”

ArchWell physician Donald Pham said the lower patient load allows doctors to be more accessible to patients and be able to educate patients and their families on health-related issues.

“Just keeping up with their preventive care so that they don’t develop issues, or issues down the line,” Pham said. “And that’s what we do very well over here and monitoring issues that may not be captured in a traditional care model.”

“What we need is to bring in more doctors and health care workers from other areas of the country,” Forsstrom said.

But Johnson said staffing its new facilities hasn’t been an issue so far.

Tennessee-based ArchWell is a relatively new company, created in 2020 by Triple Aim Partners and founding CEO Carl Whitmer, with its first center opening in Birmingham, Alabama, in August 2021. It has plans to open 50 locations throughout the country in the next few years, according to Johnson.

Locally, she said while the company is aiming to have a total of five locations in the valley, there are no immediate plans to enter Northern Nevada.

“But (ArchWell’s growth) all depends on the success and the demand,” she said. 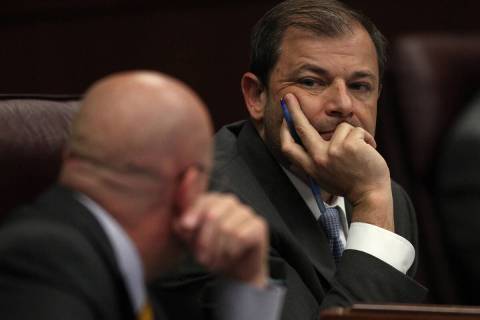 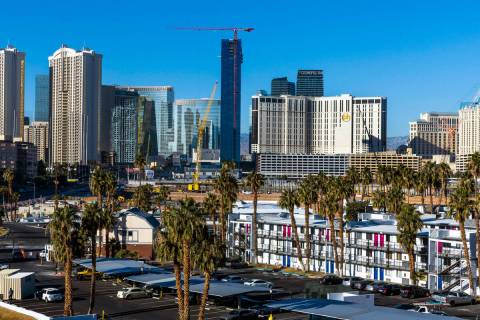 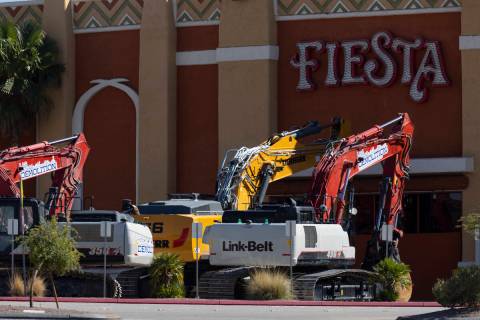